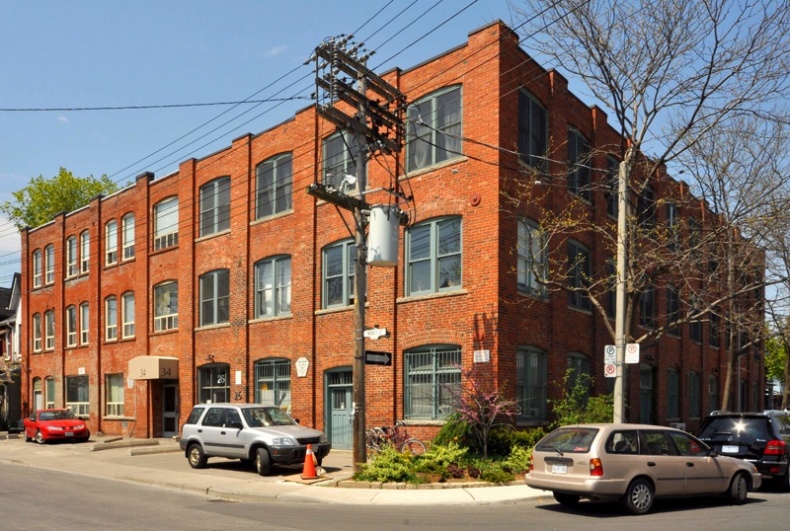 Units are so hard to come by in a boutique conversion project in Parkdale that this 816-square-foot work/live loft was only the second to be posted on the Multiple Listings Service in the past decade, says agent Julie Kinnear.

"A lot of times in the past, a people have just sold their suites to friends," says Ms. Kinnear. "It's a very cool place."

Only eleven units are available in this three-storey warehouse, which was constructed as a dairy factory in 1903 and used as a mattress factory until a handful of artists collectively purchased the building and converted it into a private residence for themselves in 1991.

"It's self managed, so it's an usual situation," says Ms. Kinnear. "It really required someone who was open minded to being part of a community because the owners in that building are so proud and protective of the community they've built."

As for the strengths of this loft, it features hardwood floors, brick walls and wood plank ceilings with beams and exposed pipes.

Given the ceiling heights nearly 11 feet above, the original owner – and seller – created a walk-in closet with built-in shelves and a bedroom directly above it with a view of the eat-in kitchen, which has a pass through opening to a living room with large windows.

Off the foyer, there is a renovated three-piece bathroom with stacked laundry machines.

The monthly fee of $374 includes heat and hydro, which is provided by green energy company, Bullfrog Power.

Street parking permits can be purchased, but the building is a short distance from parks, galleries, trendy shops, bistros and hotels, plus 24-hour streetcars routes and a GO Train station.

"Parkdale is totally improving all the time," says Ms. Kinnear, citing plans to straighten out a section of Dufferin Street and the ongoing development of Liberty Village nearby.