Published in Friday's Globe and Mail on Thursday, August 26th, 2010. 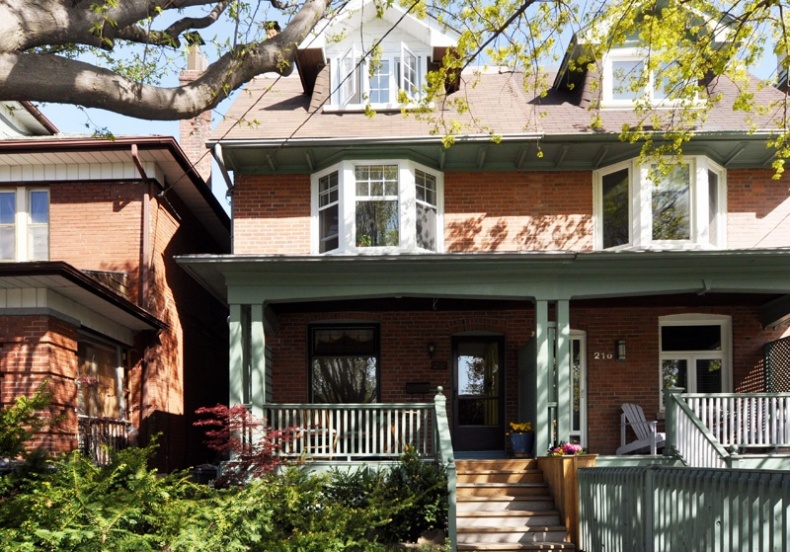 The family-friendly location of this semi-detached residence - situated on a short dead-end street within a tight-knit community - was motivation enough for a trio of buyers to make a deal with agent Julie Kinnear.

"It's a bit of an unknown little pocket," she says. "It's kind of central to a lot of things, but it's not quite downtown, so it has a bit of an uptown feel to it."

The sellers also increased the value of the roughly 90-year-old house by replacing the roof, siding and windows, installing a new water heater and hydro meter, and adding carpeting in some areas in the past two years.

In the 1980s, the dining room walls were removed to the living room, which features a wood burning fireplace, and a pass through was created to the kitchen.

Just behind it, by the rear exit, there is an indoor salt water hot tub. "That was definitely unusual," says Ms. Kinnear. "It's like having a hot tub on your deck, but …You get a little more privacy and you can go out in inclement weather."

The second floor houses a master suite with a rare walk-in closet and a second bedroom with a walkout to a sunroom, as well as a laundry closet and a new sky lit bathroom with a claw foot tub, shower stall and separate sink and makeup counter.

"They had a big, huge bathroom because they took out a bedroom," adds Ms. Kinnear.

The open third floor bedroom is illuminated with a skylight and sliding doors to the rooftop. "The third floor had that slightly less traditional feel and more of a lighter, brighter modern feel," adds Ms. Kinnear.

The 659-square-foot basement apartment contains a living area, kitchen and bedroom with a bathroom, plus stacked laundry machines and a rear entrance.

A deck and raised flower, herb and vegetable gardens fill out the backyard, which has two-car parking off a rear lane.