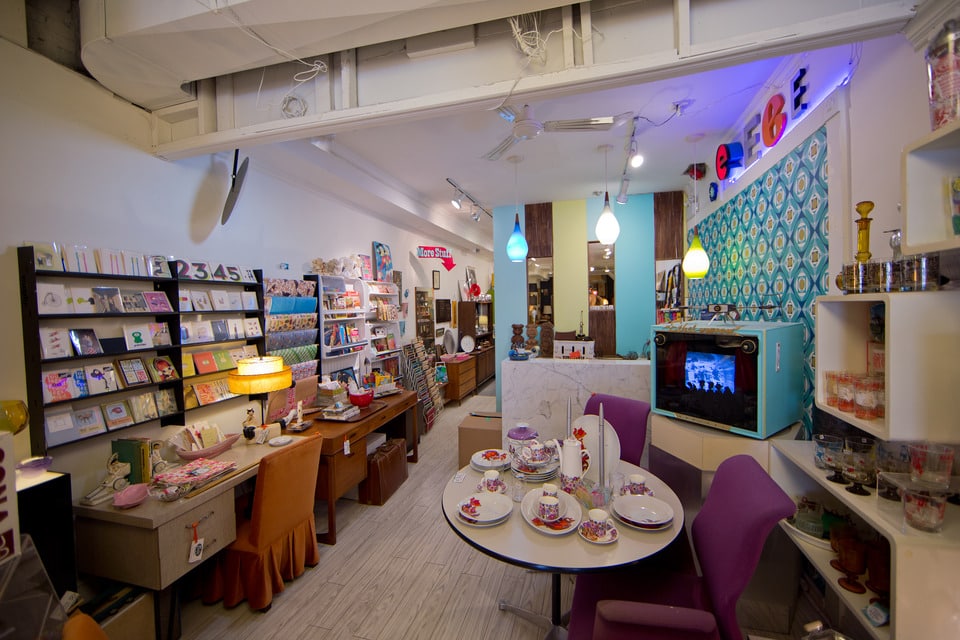 A stylish storefront always catches a shopper's eye, and at Queen and Parliament streets, a mid-century window display will soon have you opening the door and indulging in the colourful world of vintage design.

Ethel, a vintage furniture and home décor boutique, is a far cry from spare and minimal design that is de rigeur for serious home decor. From Polynesian pop tiki accessories to a streamlined teak furniture, Ethel's offerings fall under the mantra that vintage colour, pattern, whimsy and style are compatible with contemporary homes. As its owner Shauntelle LeBlanc says:

Life is too short for beige! 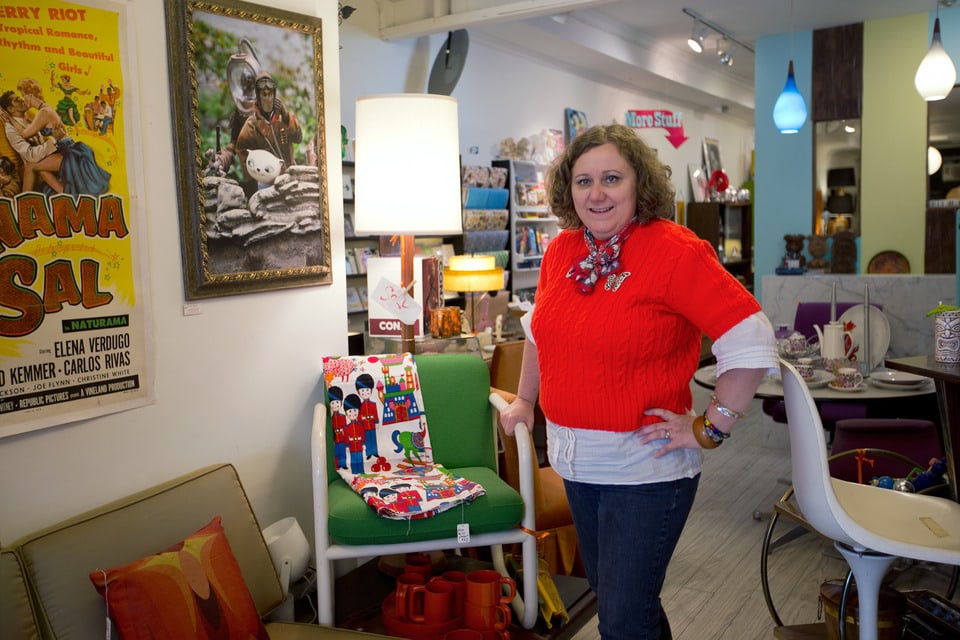 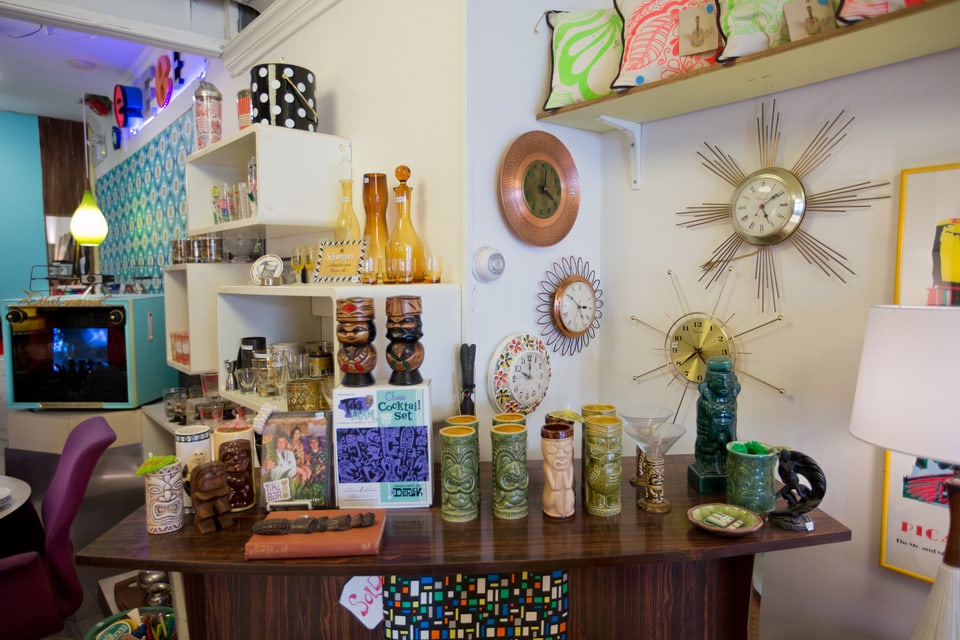 LeBlanc, who has 15 years of experience in commercial interior design, looked for a new opportunity in 2009 after being laid off. Previously she had spent two years working at Leslieville's Eye Spy, and when she found out that Ethel's owners wanted to sell the business, she knew she had a new career path.

I knew that if I could run this business during the recession, I could do it in the future.

An established retailer of the Leslieville décor strip, Ethel was well-known for sourcing rare and well-known mid-century modern furniture. Transforming the shop to fit her tastes, LeBlanc moved the store in 2012 to its present location in evolving Corktown, with its stream of pedestrian traffic, proximity to the downtown and on the radar of film and television stylists, offering mid-century furniture and accessories, but also pop culture's finds of the same time period that are as LeBlanc described as "fun ephemera".

As a teenager she fell in love with 1950s style and as an adult, LeBlanc's acquired knowledge of mid-century style has made her store's inventory a diverse offering, with items that would easily fit in on the set of Mad Men or in a Doris Day film. But don't think the store is just about kitsch, Ethel often features mid-century design courtesy of Canadian companies such as Hauser, Deilcraft and Imperial Furniture Company. 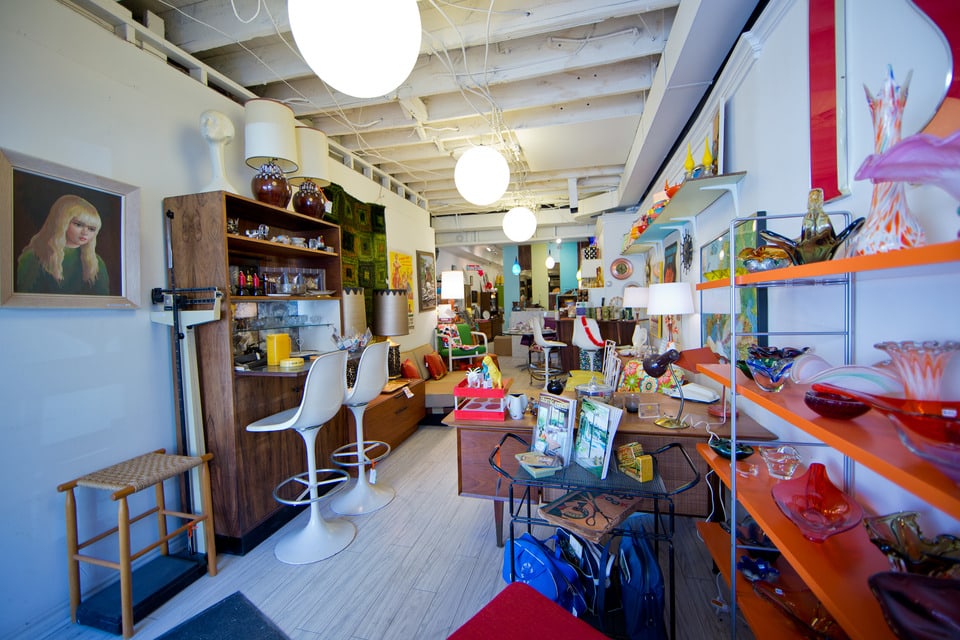 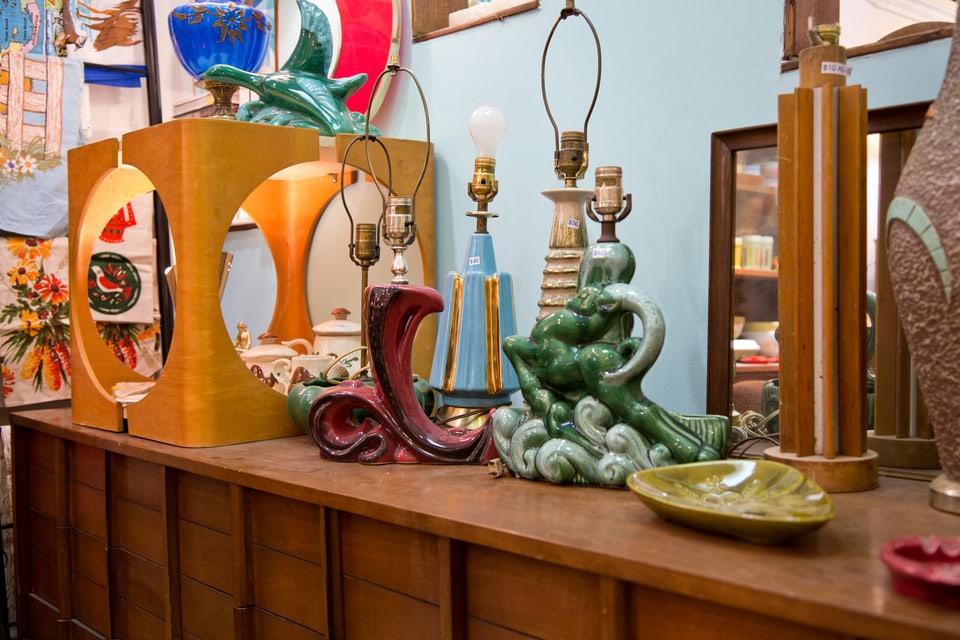 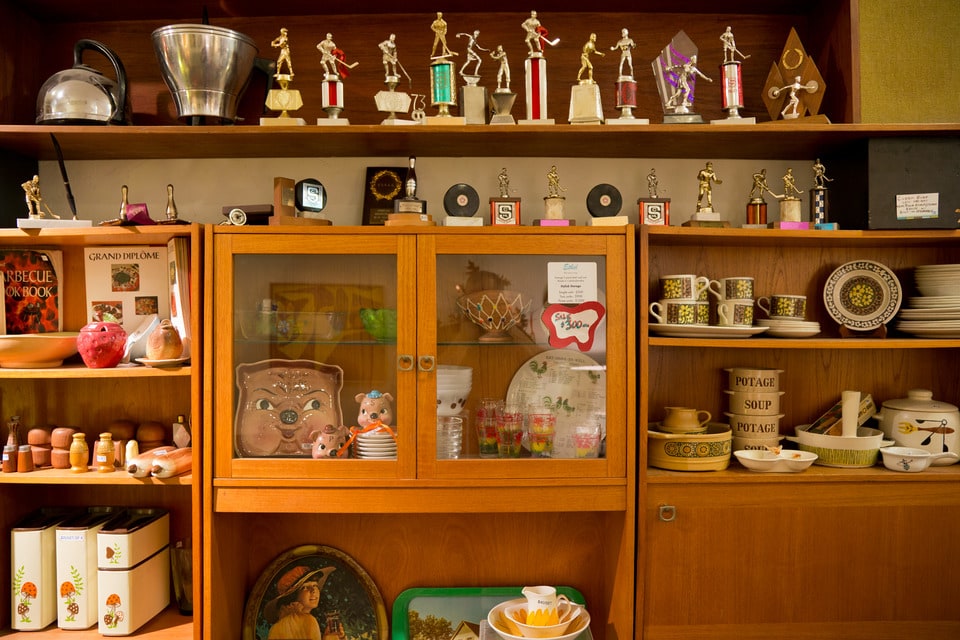 Vintage style spotted by fans of popular television series such as Covert Affairs or Orphan Black, has come courtesy of Ethel's shelves. LeBlanc's knowledge of the 1940s, 1950s and 1960s décor styles has made her a go to source for many film stylists; the recent Marilyn Monroe mini-series production filmed in Toronto was a regular customer.

For locals looking to find a vintage item, LeBlanc has made Ethel less design showroom and more like a curated kitschy home.

I have a wide range of shoppers – teenagers who are curious to couples who have bought their first home and are looking for a dining set, end table or a storage piece for the television.

Her most popular items: cocktail culture's classics such as a teak bar, specific glassware and accessories to make old school cocktails, and the must-have teak sideboard, which seems to be on every customer's wish list. 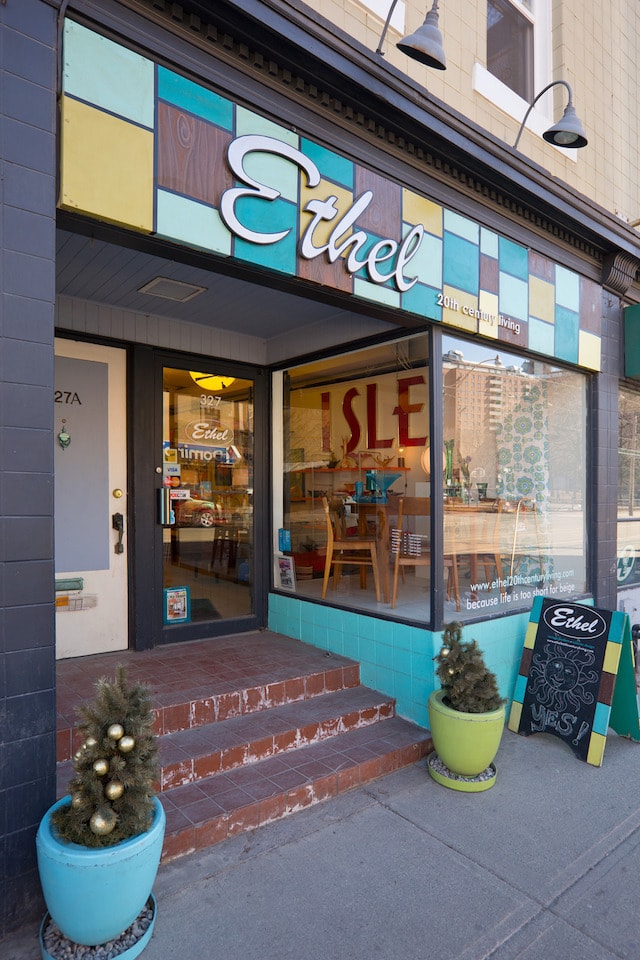 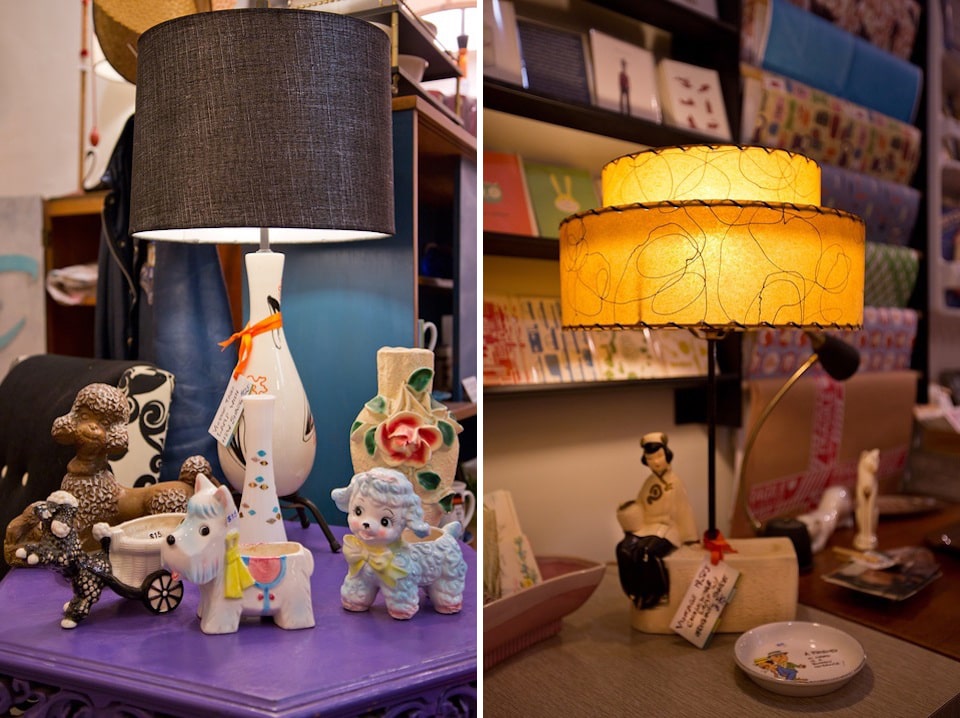 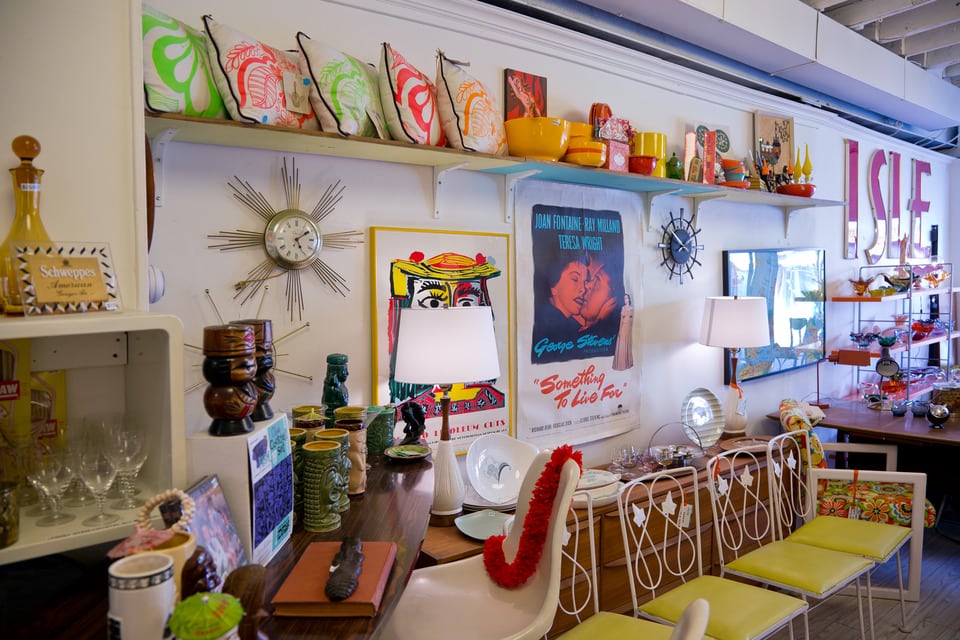 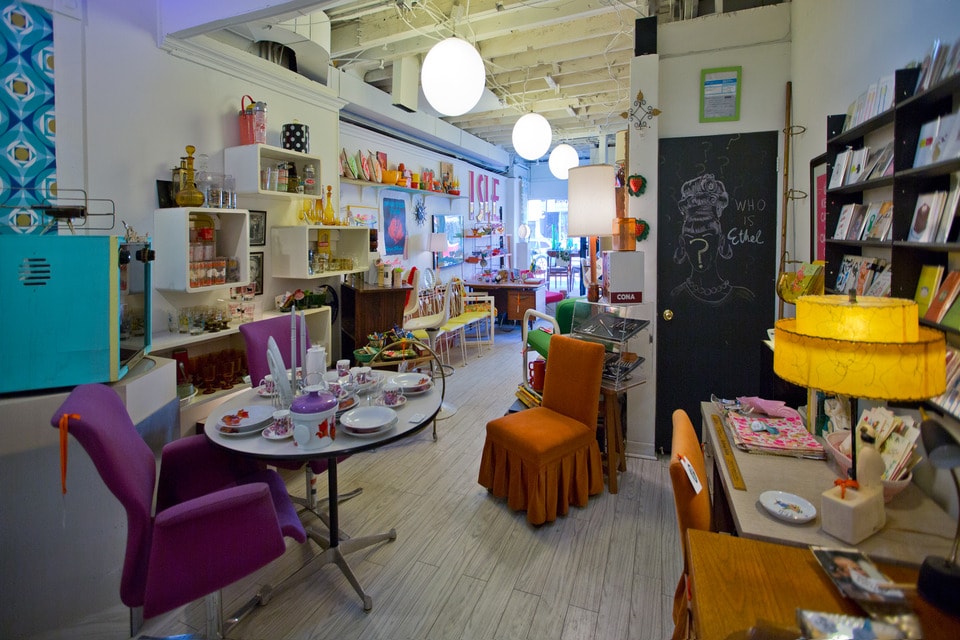 LeBlanc realizes she's also educating consumers when they come into her store, encouraging them to find something unique instead of focusing on homogenous big box style:

If an item has lasted for 50 years, it will last for 50 more years. Why not get that instead of something that is made in China and may not last?

Although collectors do frequent her ever-changing offerings, LeBlanc doesn't cater to them, preferring to offer what she likes, no matter the label. Finding her items via estate sales and thrift shops, LeBlanc focuses on items that have a story. Whether its party glasses for a cocktail party or an end table for the new condominium, LeBlanc's unabashed passion for her store's contents is infectious.