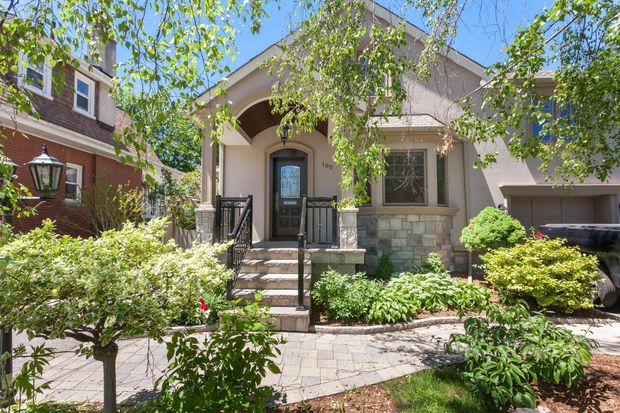 The Action: This two-storey house with a garage has unusual quirks – such as two driveways and a multilevel master bedroom suite – but buyers weren't dissuaded. It sold before the agent's open house early June.

There weren't very many [showings]; it sold right away, almost immediately. That area – Long Branch – is getting very hip, so it's a good location.

What They Got: Not far from Colonel Samuel Smith Park, this 2,465-square-foot residence was given new form and function, starting with recently installed mechanical systems, roofing, windows and doors.

Traditional living and dining rooms are counterbalanced with an open eat-in kitchen and family-room addition. The former features an island, granite counters, brick accent wall and a pantry, while the latter contains a wood-burning fireplace, double doors to the deck and vaulted, wood-beamed ceilings.

Off the addition are stairs up to an updated semi-ensuite, which has more steps into the dressing room of the largest of three bedrooms on the second floor.

The 1,600-square-foot basement is self-contained with an entertaining area, kitchen, sauna and one of three bathrooms.

It was on a pretty premium lot – 50 by 150 feet – which in the city of Toronto is a special property. [And] it was cool this has two separate driveways … which meant when you're leaving in the morning or arriving at night, you don't have to move any [cars] around.

Even more surprising was the interior design:

It had major 'wow' factor. First of all, the seller were meticulous in how they maintained it and upgraded it. It has a lot of Old World charm and character, then you walk to the back half of the house with a huge massive addition with cathedral ceilings, so it was a good combo of old and new.

Originally published in The Globe and Mail on August 31, 2017.