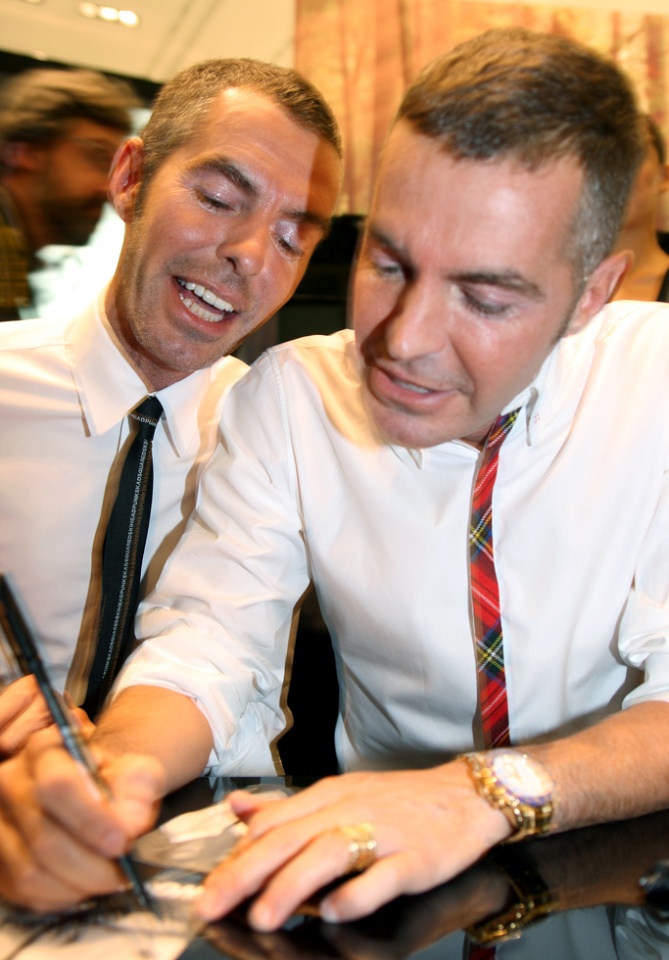 Over time, fashion is becoming increasingly popular in Canada. Of course, Canadian cities cannot compete with the world's trendiest fashion cities like New York, London, Paris, or Milan. On the other hand, Canada's charm and the lifestyle of local people are reflected in what has become one of the most successful Canadian fashion labels in decades. This prestigious fashion label represents two unique personas, Dean and Dan Caten, or Dsquared2.

Dean and Dan, future fashion stars, were born and raised in the suburbs of Toronto. Fascinated by the charm of dresses, they have been inspired since childhood. The first inspiration was their own sister, for whom they began designing imaginative outfits even as little boys. One of their first professional stops was one of the most famous design schools, the Parsons School of Design in New York City. However, the key decision for their careers came in 1991, when they left for Italy, specifically to the fashion mecca of Milan. Before long, their undoubted talent was noticed by the most famous fashion designer of the era, and thus they began working with the most popular fashion house of Gianni Versace. Afterwards, they continued their successful careers with the renowned denim brand Diesel. In the year 1994, Dean and Dan set up their own label in Milan, where these fashion twins started to build the unique project called Dsquared2. 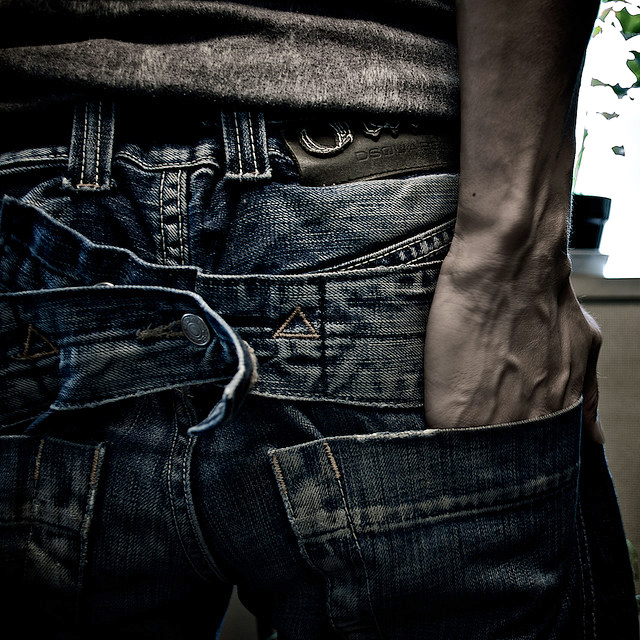 The fashion industry presents a very specific sector with the most competitive environment in the world. If you want to be successful in this business, you have to present your own original fashion identity right from the beginning of your career. But this is not enough. Each of the major fashion labels has a clearly defined group of customers and a strong emphasis on brand marketing. In spite of their desire to succeed in such a hard business environment, the popularity of Dsquared2 has increased over the past ten years such that it presently ranks among the world's most prestigious labels, such as Armani, Gucci, Versace, and Dolce & Gabbana. The innovative collections of high-quality materials contribute to an ever-growing fan base.

The intelligent mix of provocative Canadian wit and refined Italian tailoring, together with an attention to detail, are the foundation of today's Dsquared2 philosophy, which has given life to a unique concept of alternative luxury. From my point of view, the fashion identity of Dsquared2 is attractive to all ages, yet it features a touch of youth. Basically, it is not typical Italian elegance, but rather something like 'cosmopolitan elegance' with elements of street lifestyle, the beach, and enjoying the nightlife. 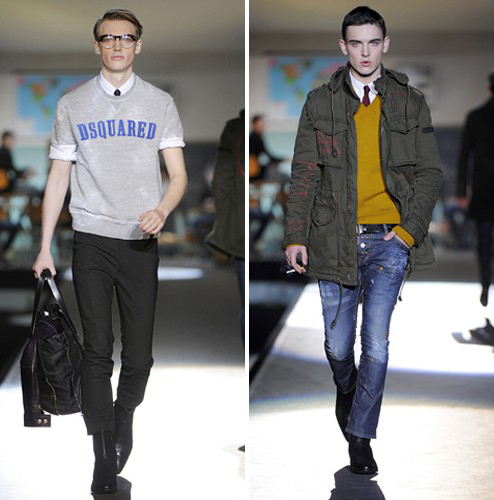 As we know, each of these major brands has a plethora of its own fashion ambassadors and sympathizers. Dsquared2 is no exception. The brand's unusual style is loved by many popular celebrities. The twins have mentioned in many interviews that working with the famous Madonna is definitely one of their most valuable references. Their unique designs have been worn by Rihanna, Britney Spears, Justin Timberlake, Nicolas Cage, and also some Canadian idols including Celine Dion and Bryan Adams. In 2003, Dean and Dan were awarded by the prestigious fashion magazine GQ with the Men of the Year Breakout Design Award. In addition to all this, Dsquared2 designed the new official uniforms for the popular soccer teams FC Barcelona, Juventus Torino, and FC Internazionale Milan.

Every year, BMW Mini Cooper gets an overhaul from different fashion designers for the Life Ball, Europe's largest AIDS charity event. Dean and Dan had their opportunity in 2011. The Canadian twins have put a great amount of effort into giving the Mini Cooper some muscle and making it look raw and aggressive. The Mini Cooper Red Mudder has a raised chassis, large front guard, rally-style headlamps, and all-terrain tires. It also features a great-looking interior, which unveils some of the modern aspects of the Dsquared2 philosophy.

Dean and Dan represent the unique result of hard work in the contemporary fashion industry. Their work and achievements count as a great inspiration for a new generation of talent in Canada.