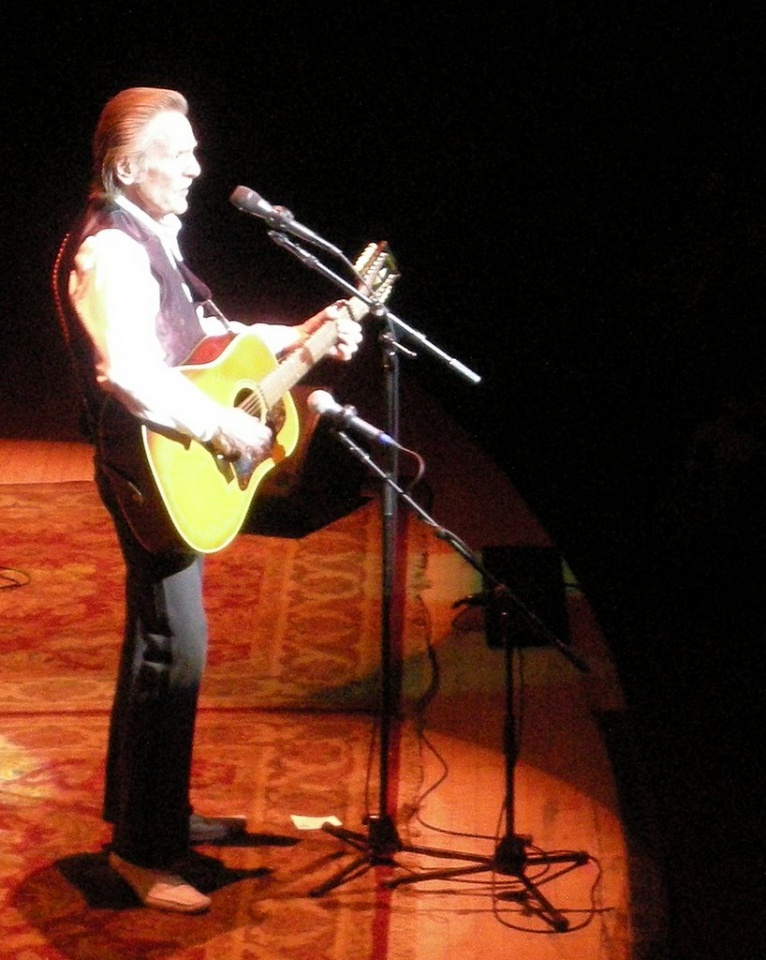 One of the best known Canadian folk musicians in history is still alive and singing, and living in Toronto. Born in the Ontario city of Orillia, on November 17th, 1938, Gordon Lightfoot was singing in Kiwanis festivals, and was even being broadcast locally on the radio during his teenaged years. By the time he was twenty, Lightfoot had delved into piano and drums, had sung in a barbershop quartet, and had studied at the Los Angeles-Westlake College of Modern Music.

Back in Canada, he took up the guitar and became involved in folk music, recording four albums as a member of the group Two Tones in the early sixties. The music of the rising Bob Dylan greatly influenced Lightfoot's lyrics, and his songs became popular through their renditions by the likes of Peter, Paul and Mary, and Ian and Sylvia Tyson (with whom he would tour England in 1966).

His debut album, entitled simply Lightfoot!, was released in 1964 and would eventually be followed by over forty others. Lightfoot continued performing in coffee houses, at folk festivals, and other venues, and easily survived the shrinking popularity of the folk genre to become truly famous throughout North America by the 1970s. He toured Canada, Europe, and Australia, performed nine concerts on nine consecutive nights at a sold-out Massey Hall in Toronto in 1978, and was averaging between 60 and 70 North American concerts per year through the 1990s.

His schedule has lightened considerably since suffering a major haemorrhage in 2002, but Gordon Lightfoot is still performing live on tours across North America. So far, he has won fifteen Juno Awards, and is both an Officer and a Companion of the Order of Canada. He lives in the North York area of Toronto.