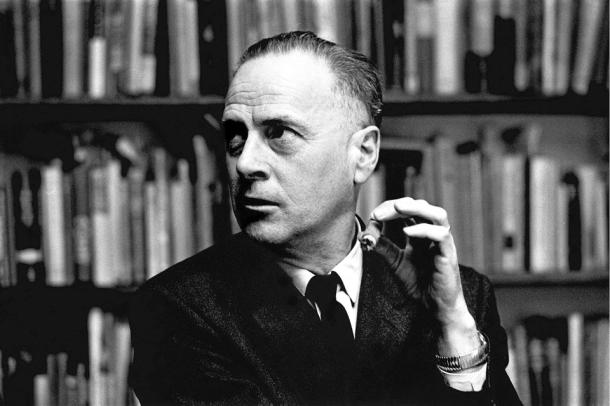 Widely regarded as one of the modern world's foremost theorists on communication and media, Herbert Marshall McLuhan was born in Edmonton on July 21, 1911. McLuhan studied in Edmonton and at Cambridge, England, and then went on to teach at the universities of Wisconsin, St. Louis, and at Ontario's Assumption University before settling at the University of Toronto in 1946.

Understanding Media, the first of McLuhan's books to gain major international attention, was published in 1964 and discussed the effects of electronic media on society. Later books would include The Medium is the Massage: An Inventory of Effects (the title of which is a play on "the medium is the message," one of McLuhan's best known phrases), War and Peace in the Global Village, and From Cliché to Archetype. While they were — and still are — often misinterpreted, the essence of McLuhan's ideas explored the interactions of technology and media with a society composed of individual observers.

McLuhan's emphasis tended to fall not only on how media and communication had changed, but also on how technology such as the printing press and television have changed us, sometimes by giving primacy to one sense over the others (a written alphabet, for example, requires sight above all other senses). During his lifetime, McLuhan was hailed by many as a sort of modern prophet and disparaged by some academics, but consulted both by major corporations like General Motors and powerful individuals such as Canadian Prime Minister Pierre Elliott Trudeau.

Included in McLuhan's impressive collection of awards and honours was an appointment to the Albert Schweitzer Chair in the Humanities in 1967, and another as Consultor of the Pontifical Commission for Social Communications in 1973. He was made a Fellow of the Royal Society of Canada in 1964 and a Companion of the Order of Canada six years later. Marshall McLuhan died in his sleep on the 31st of December, 1980, in his home in Toronto's Wychwood Park.