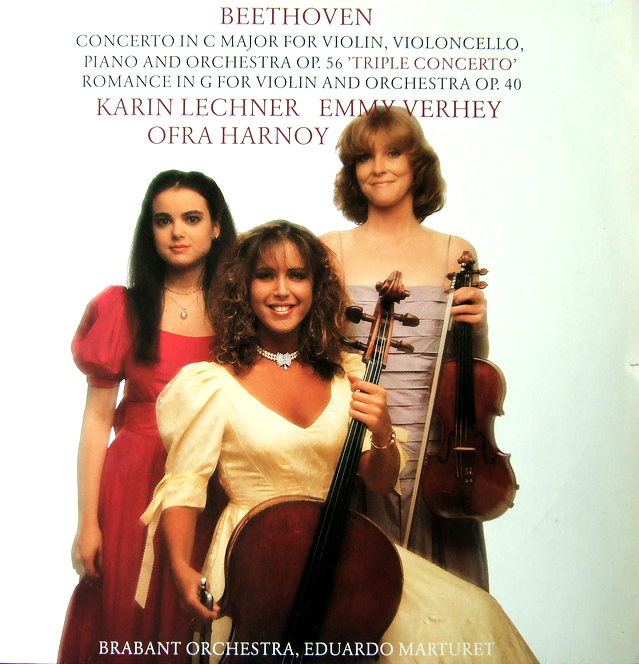 Ofra Harnoy was born on January 31, in 1965, in the Israeli city of Hadera, and came with her family to Toronto in 1971. By the time she became a naturalized Canadian in 1977, Harnoy had already begun cello lessons — first with her father, Jacob Harnoy, and later with a series of tutors including the world-famous cellists Jacqueline du Pre and Mstislav Rostropovich.

She was the youngest contestant to ever win the first prize in the International Concert Artists Guild Award, a feat achieved after she had already made her professional soloist debut at the age of ten with the Boyd Neel orchestra in 1975. The young cellist had the privilege of performing both the world premier of Jacques Offenbach's Cello Concerto in G with the Cincinnati Symphony Orchestra in 1983, and the North American premier of Sir Arthur Bliss' Cello Concerto a year later, in Santa Barbara, California. After this came performances as a soloist with numerous orchestras throughout the world, including visits to South America, Israel, Europe, and Japan.

Along with competition prizes and the accolades following live performances, Harnoy's recorded work also garnered awards such as the Grand Prix du Disque from France in 1988 and five of Canada's Juno awards (in 1987, 1988, 1990, 1992, and 1993). While most of her over forty albums consist of classical and romantic pieces, Harnoy has also recorded more recent music, including works by George Gershwin, as well as string renditions of several Beatles songs. She was made a member of the Order of Canada in 1995.