As the Toronto real estate market continues to advance at a torrid pace this summer young buyers are more worried than ever about whether they can afford to jump into this market—the most savvy millennials have found all kinds of creative ways to get in.

Home prices in Toronto were up another seventeen percent in July. The market continues to boom, and that has many younger buyers worried. Can I afford to finance a purchase of a home at these prices?

The concerns are genuine.

At the same time as the media is filled with stories about rising home prices, a whole other set of stories explain how the millennial generation are having problems achieving the life financial goals earlier generations have. Millennials financial angst is a real and genuine thing today. Report after report finds millennials are having trouble finding well-paying jobs. When they do find jobs they are often temporary, contract, low paying and precarious. A recent survey found the number of millennials living at home with their parents is higher than at any point since the 1940s. The dismal economic reality has many wondering whether they'll ever achieve that traditional life goal, home ownership. 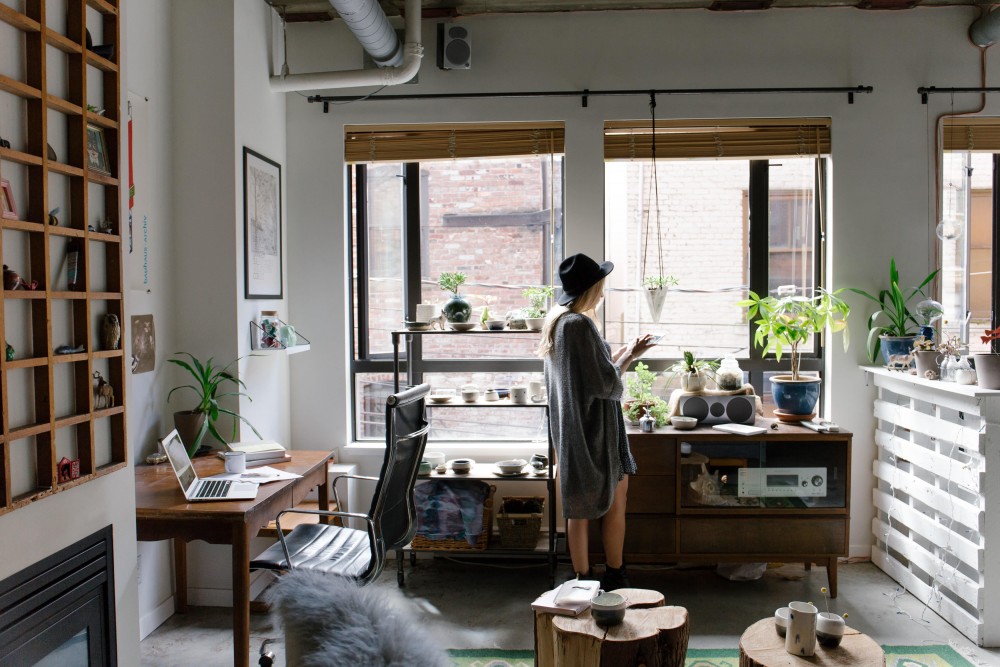 This debate recently took off as an issue in the city when local glossy lifestyle magazine, Toronto Life, ran a controversial story about a thirty-something millennial who lived at home but had a job and simply spent his money on the high life, taking expensive vacations and going out to nice restaurants. Meet the subject of the article:

I’m 31, single, and I live with my parents in a two-storey home in North York. I still sleep in my childhood bedroom, beneath my Mario Lemieux poster and framed picture of Jesus. My mom does my laundry and makes my meals. And, yes, I can already feel your contempt. But hear me out. I’m not lazy, dumb or deluded. I’m a pharmacist, and I work hard—sometimes six days a week.

I sleep roughly five hours a night. I make $130,000 a year, and I spend the vast majority of it on experiences—wild, rare, unforgettable experiences. My guiding philosophy is that life is short and we should savour every moment. And, unlike just about everyone 25 and older in this city, I don’t want in on the real estate craze. It’s not that I can’t afford a house or a condo. I follow the market closely and could hitch myself to a $600,000 mortgage tomorrow if I wanted.

But when I consider what I’d be giving up just to own a few hundred square feet, I am convinced: the Toronto real estate market is for suckers, and I want no part of it. Neither should you.

He felt shut-out of the Toronto housing market. His answer was to live at home, rent-free in his parents' basement and spend whatever money he made. The response was immediate, loud and vociferous. Readers were appalled at the flippant, blase attitude of the thirty-something, and let the magazine know. 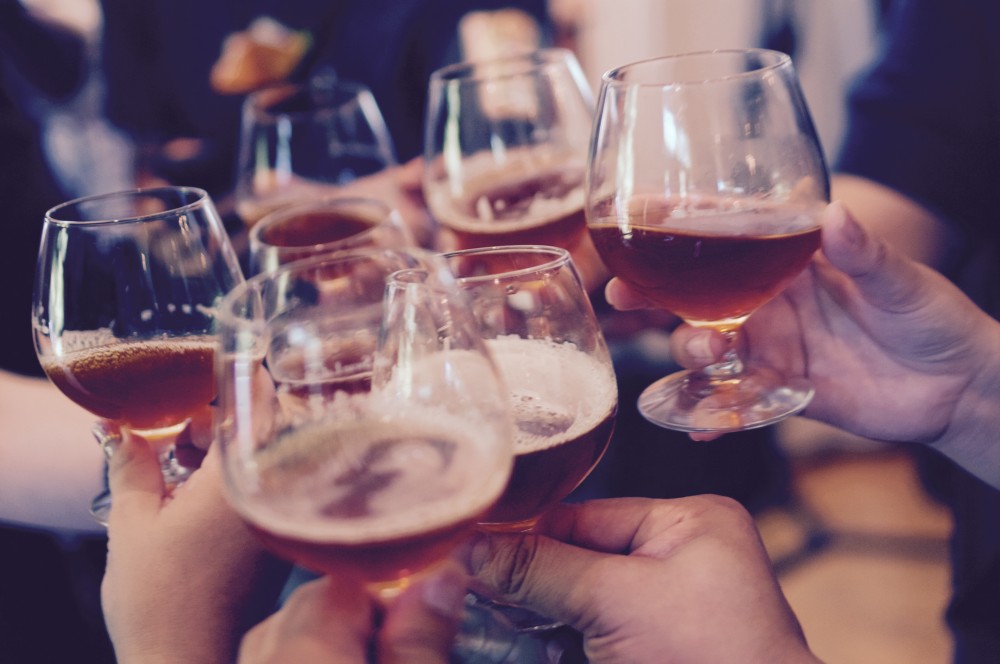 Owning two properties at the age of 24

The following month Toronto Life followed with another story, this one a profile of another millennial who had taken a different course. This 24-year old explained how he had made an early decision to begin saving money. He began looking at properties, bought his first just after his 22nd birthday:

I started as an apprentice elevator technician, making $14 an hour. You have to put a lot of hours before you start making real money. My first year, I lived like any other 20-year-old. I was drinking and going out all the time. That lifestyle got old after about a year, and I started picking up books about financial planning. I read The Wealthy Barber, by David Chilton, in a day. After that, I made budget sheets and kept track of how much money I was spending. I was spending 80 to 90 per cent of my income on going out.

I decided that instead of spending all my money, I should invest it. I was determined to buy a house. Once I had some money saved, I started looking at properties. I looked at maybe 15 houses before I found the one. It was 3,000 square feet, on a half-acre lot in Oshawa, with a big wrap-around porch. I fell in love with the gorgeous kitchen, which had a huge island, wall-to-wall cabinets and a gas range. In 2014, just after my 22nd birthday, I closed on the house for $340,000, and put five per cent down.

He bought another not long after and expects to acquire one more by age 27, proving that it is possible for younger people to get into the market. How did he do it? Creative additional revenue streams, and the right lifestyle.

A recent conversation with Holly Chandler, sales representative, Keller Williams Neighbourhood Realty Brokerage (the Julie Kinnear Team), uncovered some of the tricks millennials are using to get into the housing market.

Chandler has loads of experience working with the younger buyers. She finds the millennials crowding into the downtown core are smart, if not crafty, when it comes to financially floating a home:

I've spent a lot of time with this group. What I find interesting about the millennials is that they are savvy people. I don't know if it's because of all the information available on the web, but they know what they're talking about and they're disciplined in terms of buying.

This generation has developed a unique lifestyle that combines super-chic with super-cheap. This is the generation that knows how to combine thrift store finds with high-end pieces to create design-forward homes that are affordable. 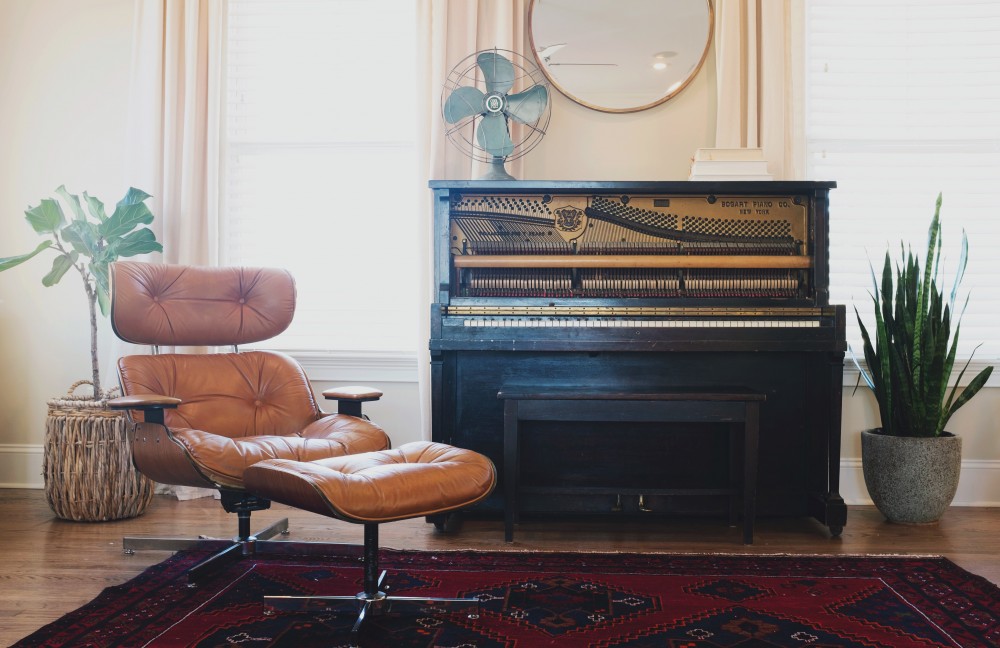 Many millenials are more money savvy than their flittery image in the press according to Chandler.

I'll go into these houses that have been done up super stylish. They travel and have a good lifestyle. But that's because they do a lot of things themselves.They're doing the work on the house themselves. They grow gardens. Anything they can do themselves, they do. And they are frugal when shopping for things. They don't throw their money around.

This is the generation that produced so-called "indie" DIY music, so maybe it's not a surprise. Learning how to get things done without a ton of money is a defining trait of the generation. They'll barely spend anything during the week. They shop at a dollar store for basics. And then they can enjoy the odd night out to a nice restaurant.At the same time they have bought into the idea passed down from their parents that it's always better to buy a house than throw money away on rent:

They got that from their parents. And they're following up on it. Some have have their first home paid off already.

She cites a thriftyyoung pharmacist she knows who has more "money than a doctor."

They really eat well. They're good cooks. I've been impressed. Some do have parental help. But they don't have to worry about monthly auto insurance or car payments because they're using car-sharing services where they only pay a little bit once in a while to have access to a car. That's an important piece. Some do spend a lot of money, but they're still pretty savvy when they do. 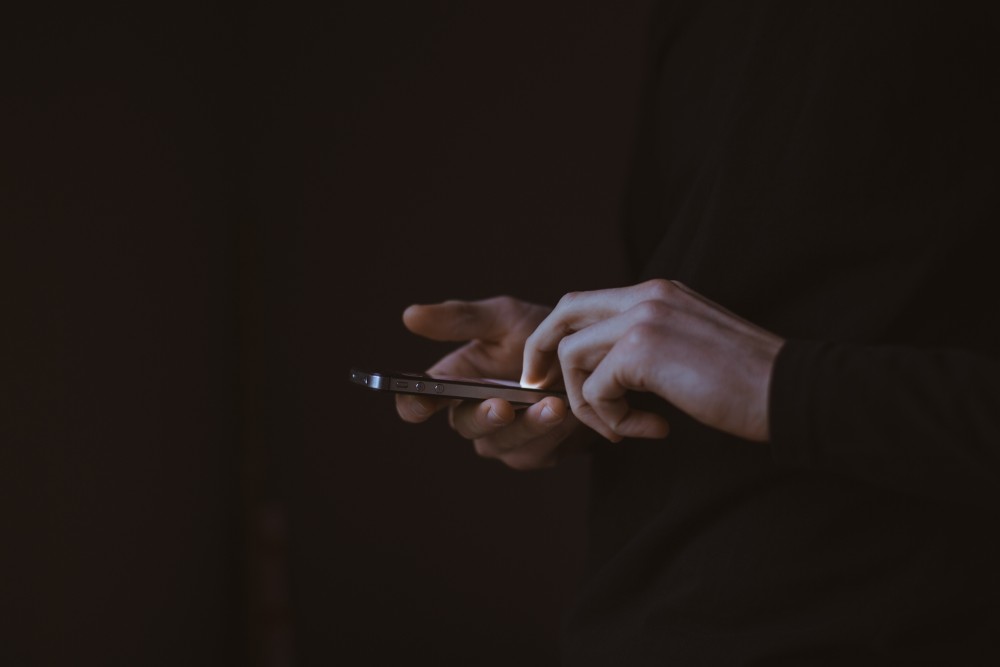 Another thing about the millennial generation: They're not afraid to share a space, even going so far as to co-acquire a home.

If both can't afford a place they'll buy a duplex. They have joint tenants in common and both put their names on the mortgage. I've seen that a few times. Typically they end up selling sooner than, say, a married couple. But that is something you see more of today...It's a different way to finance a purchase. But they have had to come up with a different way of doing things.

Another trick is to stock a property with roommates and have others paying rent to cover the mortgage. This is extremely common today says Chandler.

People in this age group especially if they are artists or musicians will have roommates well into their thirties. It's that do-it-yourself attitude that is so common for this group. When it comes to making repairs on a house they'll teach themselves how to do things if they don't know. 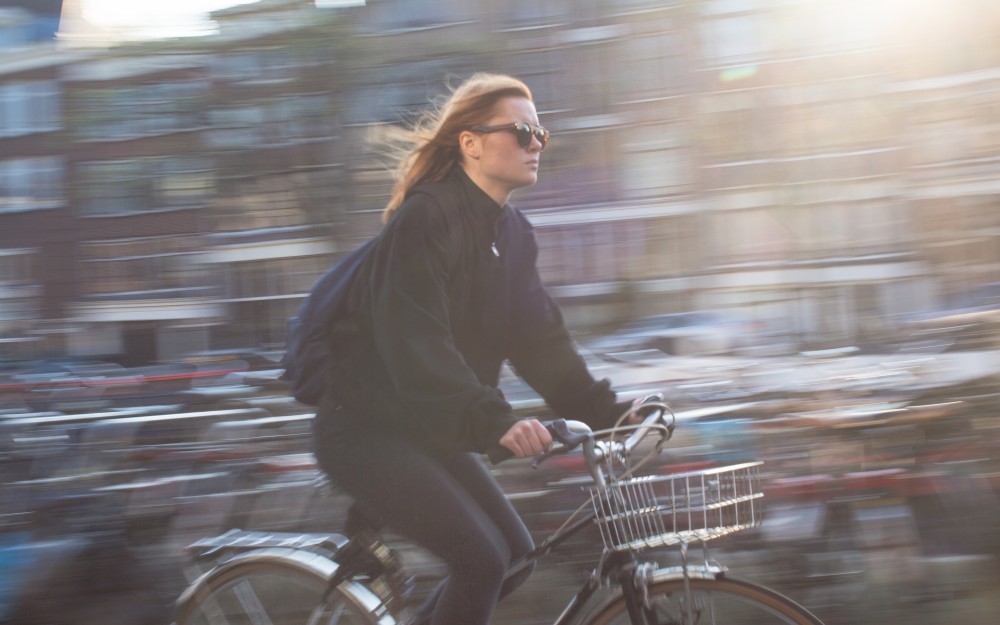 Chandler also notes that millennials are not afraid to buy a property off the beaten path in an era that is still early in its gentrification phase.

They are willing to go to the outskirts of what is popular. That means they're not house poor. And they're not overspending. In Toronto this means buying a house west of the now crowded Junction area. Another area is the neighborhood north of Runnymede and St. Clair. There's a little pocket there. It's still a little grubby. But it's close to the Junction. Families that have been moving there find it's way cheaper and close to the subway.

Another up-and-coming area is Main and Danforth in the east end. Again, it's close to transit. But it's also affordable. According to Chandler, this generation doesn't overspend.

Renting out through Airbnb

Don't overlook the many new opportunities opening up online for generation revenue streams. Many young people are renting a room via the online service Airbnb, which sees spare rooms rented out on a short-term basis. Renting out for a shorter term allows the owner to charge more than what they would to a long-term renter. Along with like HomeAway and VRBO owners have new potential to generate cash that can be put toward a mortgage. Sure, there is a time commitment with this type of rental. It takes a while to capture quality photographs of the property (necessary to attract rentals).

The process of renting requires the owner to be available online and accessible to complete transactions. Cleaning can also take up time (though some hire professional cleaning services). But Toronto has become a more popular destination for American tourists as the Canadian dollar has dropped versus the American dollar of late. U.S. travelers are finding Toronto is a great value right now and are arriving for short vacations in droves. Some young buyers find they can pay 60 per cent of their mortgage in a year by renting out a room this way (assuming the room is rented up to 80 per cent of the time).

According to a survey conducted by Airbnb over half of the people posting on the site are doing so to pay off the mortgage and help with monthly expenses. According to the law, profit from rental income must be reported on a tax return.

Whether the income is fully reported or not, renting out over Airbnb is fast way to turbocharge financing a home. 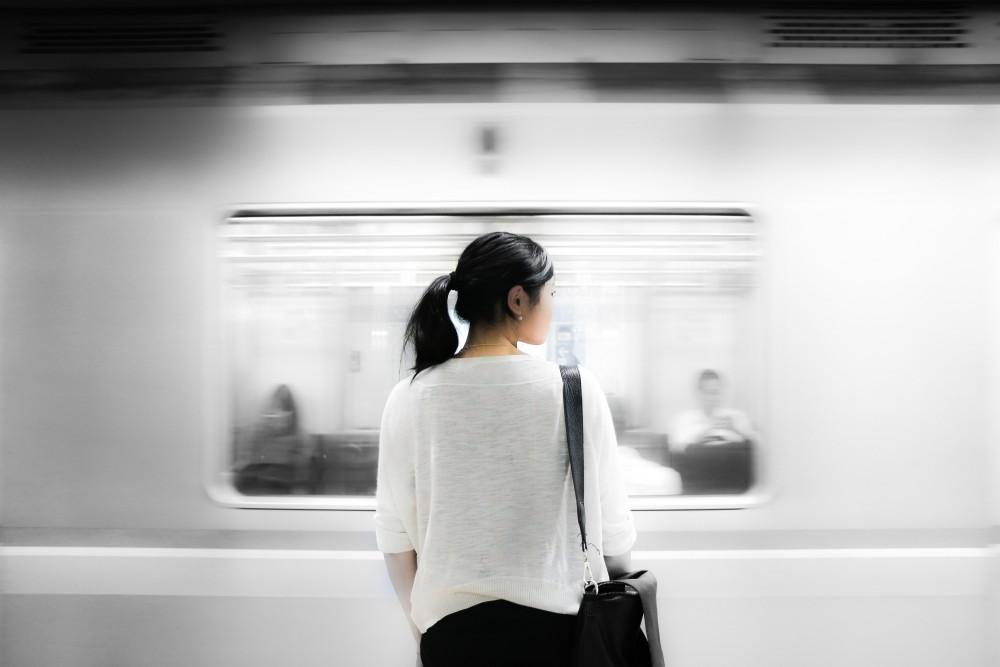 Renting out Your Parking Space

As well, don't overlook the possibility of renting or selling other spaces such as a parking spaces or a locker in a condo basement. This can be especially lucrative in the most coveted areas such as the downtown core. The Toronto Star reported that in the past two years one parking spot downtown was sold for $100,000, a record in the city. Obviously, most sell for far less than that. But parking spaces typically got for $35,000 and up, which is even more than a car these days. Even condo lockers are being sold at prices between $4,000 and $6,000. That is, there are a whole lot of ways to finance a purchase of a home that go beyond sale price and salary and many millennials have it figured out, says Chandler:

Many in this generation figure out how to make it work by being creative, and they're still able to live a good life.