Ontario is the most populous province in Canada. In the course of its history, many towns and cities were built in regions rich with minerals and wood but were then abandoned. Price drops, job opportunities, or simply the urban lifestyle led Canadians away from mining colonies, lumber mills, and agricultural regions into the two biggest cities, Toronto and Ottawa. This left us a large amount of abandoned places and ghost towns scattered all over the province.

Abandoned places have always had a strange spirit that attracts explorers. Instead of seeking the usual entertainment, many people take their cameras and search for old buildings and lost mines. I was lucky to find a web page covering their activity. Ontario Abandoned Places works on a volunteer basis and has provided us with interesting locations since 1998. It shares documentation of over 8,000 Canadian abandoned locations for urban explorers. 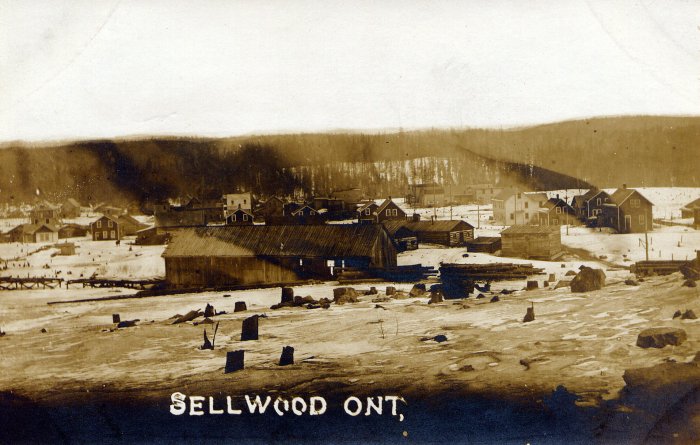 Greater Sudbury: The Capital of Ghost Towns in Ontario

Greater Sudbury is the location with the biggest number of abandoned communities. It has currently 123 listed locations. With a population of 160,274 (as of the 2011 census) it is probably the area with the highest density of abandoned buildings and ghost towns. The main reason for this is the mining industry, which became obsolete during the 20th century, as Canadians increased their incomes. Greater Sudbury used to have the biggest nickel mines. It also served as one of the major lumber centres of the province. In the last 40 years, the province experienced dramatic changes, turning from a primary sector of the economy to tertiary services and healthcare. This rapid development towards the tertiary sector left many buildings and places unoccupied, since people (and especially miner families) moved to urban centres to search for better paid, safer, new jobs.

As a capital of ghost towns, Greater Sudbury can be quite dangerous for explorers — especially those who dare enter into the mines and pits. There is also a significant risk in being eaten alive by mosquitoes and black flies, so don't forget your repellent. On the other hand, your trip can be quite rewarding thanks to the wonderful natural beauty and amazing history of many of the area's abandoned towns.

Among the locations abandoned by the mining industry are Chelmsford Sawmill, Frood Open Pit Mine, and Gertrude Mine. These places can be really dangerous and it's not recommended to visit them without a skilled guide. As a reward, you can still find deposits of the old mining equipment and get an insight of how hard life was just one century ago. 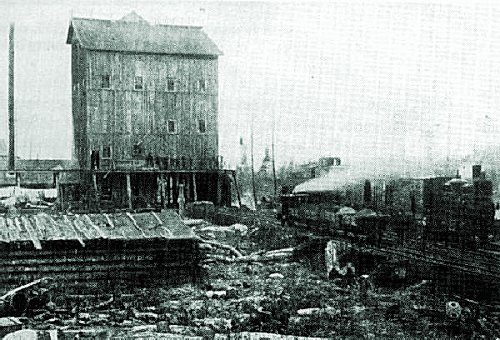 In the northern part of the Sudbury region, you can find an abandoned community called Ramsey. Originally a farm area (since 1910), after the discovery of gold in a near mine called Jerome, a company was contracted to build first a road and then a railroad. The mine started production in 1937 and was the main reason for Ramsey to grow, providing housing for miners and education for their children. In 1942, Biglow Company also opened a small sawmill. But the era of prosperity did not last long. In 1944, the mine was closed and the sawmill stopped its production soon after. The last thing that kept Ramsey alive was the distribution of pulpwood. It could not last forever, and in 1987, operations ended. The dismantle of the town site in 2002 ended the town history. 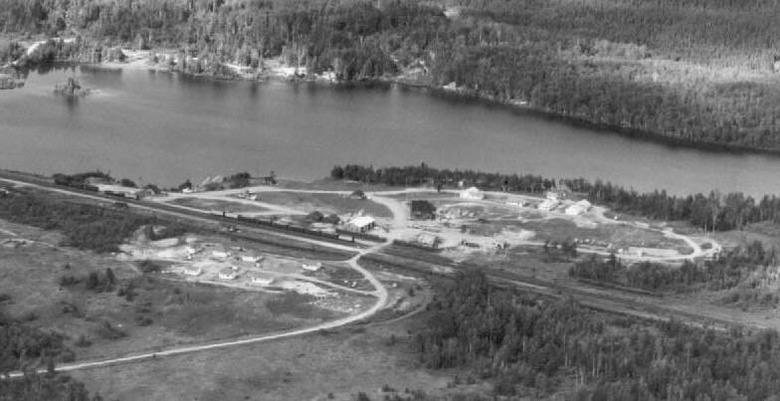 Another ghost town is called Sellwood. Located in the area of Capreol's Vermillion River, it was discovered by gold prospectors. Even though it didn't have enough gold to maintain production, other types of minerals were found here. The discovery of minerals in 1902 in Moose Mountain led to the foundation of the mining colony. The official opening of the mine followed later in 1906. In 1908, Sellwood became connected with the world by railroad. But in 1911, the mine was closed due to the drop of ore prices. However, The company managed to re-open the mine. It was then that Sellwood could grow to its 1,500 population with 600 working for the mining company. In this era, Sellwood citizens constructed two churches, a hotel, a tavern, and a post office. Once again, the mine was forced to close in 1920. Advanced businesses like lumber mills followed soon after. The post office was closed in 1924 and in 1932, the entire town of Sellwood was abandoned. Today, only the basements of the buildings can be found. If you take your time, you'll also be able to find three children's graves near the bridge. 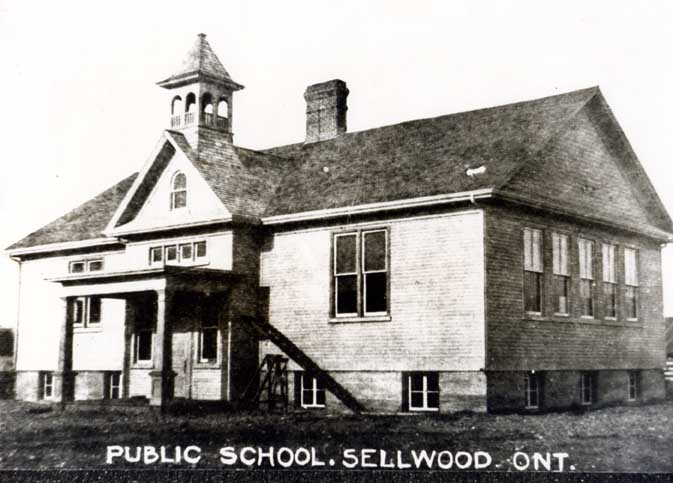 I have chosen Bruce Peninsula from southern Ontario because its history is different from Sudbury's. What they have in common is that this beautiful Canadian National Park is also filled with many ghost towns. With its combination of natural beauty, crystal-clear water, and nice people, it can be an ideal place to go on a trip from Toronto or other parts of Ontario.

Bruce Peninsula can offer an extraordinary experience for you and your family, and you don't have to be scared that somebody will get hurt because nature has already dealt with the remains of the buildings and there are not many abandoned mines. 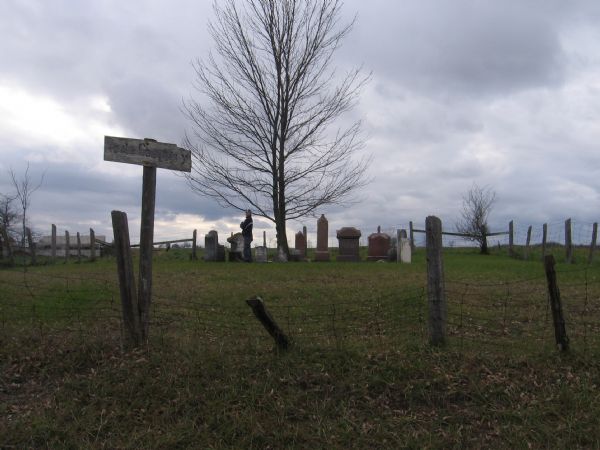 The ghost town of Sauble Falls is located on the southwestern part of the peninsula. The ghost town is located inside the provincial park. Sauble Falls was formed in 1864. Because of the water power, it was an ideal place for sawmills. The energy was also sufficient for furniture factories and thanks to its good location and easy transportation, it soon became a very important place. Probably the most important moment in the history of the town was in 1907, when a new dam was opened with a generator for electrical power. In the '20s, Sauble Falls' reserves of lumber were depleted. The town of Sauble Falls experienced a slow dismantlement over the next few decades, finally ending in 1957 when the province took over and opened the park. 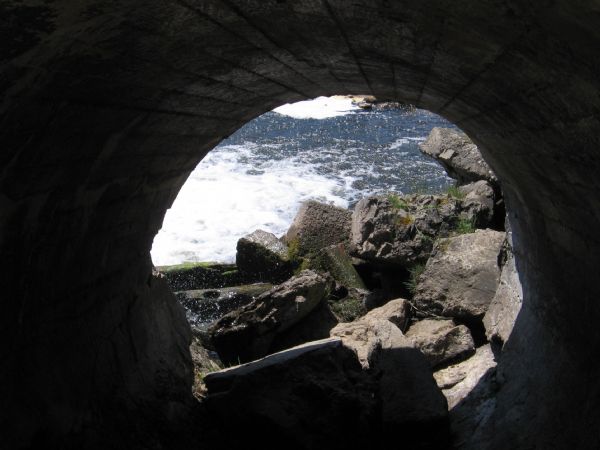 Similarly beautiful is the ghost town of Vesta. It can be found in Elderslie Township, Bruce County. It ranks among the bigger ghost towns in the area. It had Catholic and Methodist churches, a tavern, a school, a post office, and a general store. The local community started to abandon the place after the lumber mill slowed and then stopped its production. A very special part of the town is the cemetery. 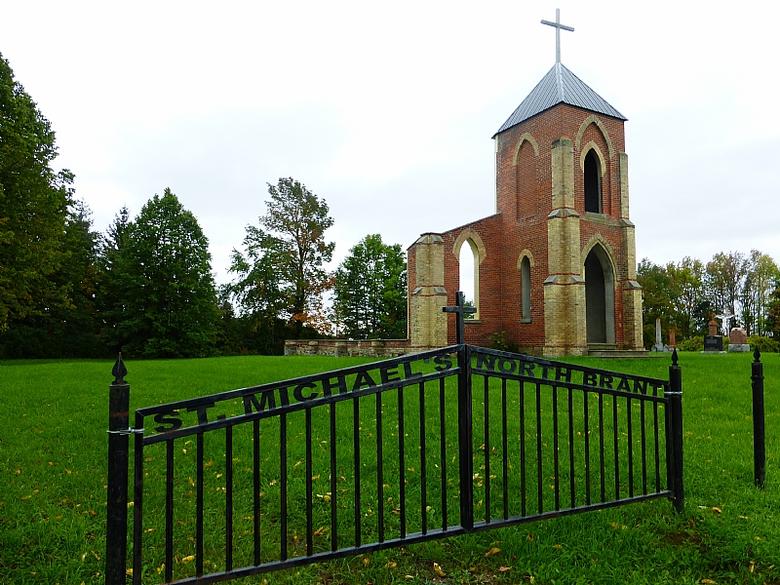 Exploring the ruins of abandoned towns can help us understand the history of our province. People were living in places where we could not survive a single week now. Life in deep forests combined with hard work in mines and great distance from the rest of civilization are the main reasons why we should be impressed by these ancestors.