Between private showings and two weekend open houses for this semi-detached house in Riverdale, there were nearly four dozen potential buyers who made an in-person visit. 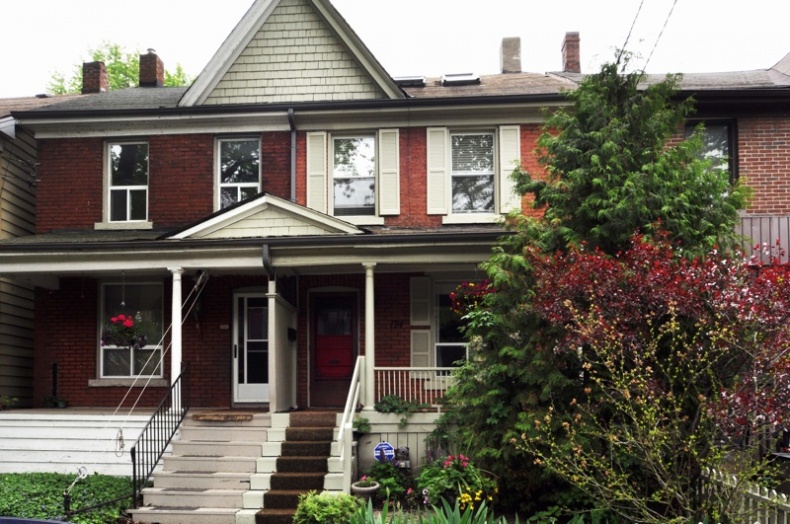 Previous owners of this roughly 90-year-old brick Edwardian have expanded the home and renovated the interior, so it now has 1,840 square feet of finished living space with updated wiring, and heating and cooling systems.

In the 1980s, the third-floor addition provided a causal entertaining space for families with an electric fireplace, wet bar and over 13-foot cathedral ceilings, as well as sliding doors to a balcony with a retractable awning.

A third bedroom on the second floor was transformed into the home's second bathroom, complete with laundry facilities and access to the master bedroom.

Hardwood floors flow throughout the main floor living room, central dining area and separate kitchen, which also has access to an unfinished basement and sliding doors to a deck and flagstone patio.

Street parking can be purchased, but the property is on a tree-lined street close to Riverdale Park, East Chinatown and streetcars to the Danforth or downtown core.

"This is in a hidden little pocket right in Riverdale practically and close access to Leslieville," agent Julie Kinnear says. "You're close to a lot of things without paying the big bucks to be in Riverdale."

The property value also increased due to its altered floor plan. "They had this big addition put on the third floor, so it was a huge with lots of natural light," Ms. Kinnear says. "It had a master ensuite, which is incredibly rare, and second floor laundry, which is, again, unbelievable rare."

Published in the Globe and Mail, Thursday, Nov. 17