June 2021 got caught up in the seasonal trends.

June home sales were up compared to last year, but were lower than the number of transactions reported for May 2021, consistent with the regular seasonal trend. The average selling price in June increased by double digits compared to last year as well, but the annual rate of increase moderated compared to the previous three months.

Greater Toronto Area REALTORS® reported 11,106 sales through TRREB’s MLS® System in June 2021 – up by 28.5 per cent compared to June 2020. Looking at the GTA as a whole, year-over-year sales growth was strongest in the condominium apartment segment, both in the City of Toronto and some of the surrounding suburbs. On a monthover-month basis, both actual and seasonally adjusted sales continued to trend lower in June.

Kevin Crigger, TRREB president, said: “We have seen market activity transition from a record pace to a robust pace over the last three months. While this could provide some relief for home buyers in the near term, a resumption of population growth based on immigration is only months away. While the primary focus of policymakers has been artificially curbing demand, the only longterm solution to affordability is increasing supply to accommodate perpetual housing needs in a growing region.” 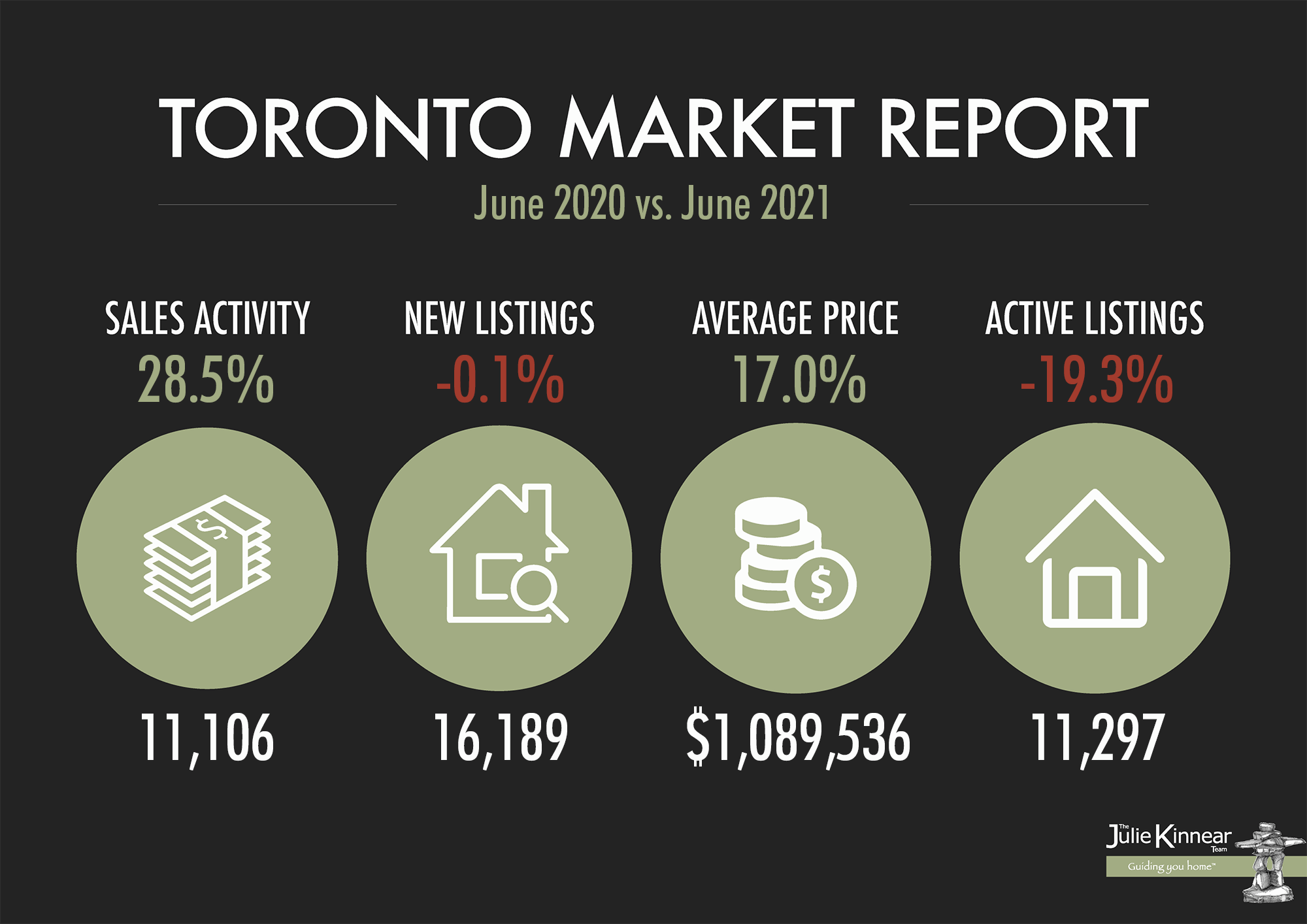 In all major market segments, year-over-year growth in sales well outpaced growth in new listings over the same period, pointing to the continuation of tight market conditions characterized by competition between buyers and strong price growth. On a month-over-month basis, both actual and seasonally adjusted average prices edged lower in June.

The June 2021 MLS® Home Price Index composite benchmark was up by 19.9 per cent year over year. The average selling price for all home types combined was up by 17 per cent over the same time period to $1,089,536. While price growth continued to be driven by the low-rise segments of the market, it is important to note that the average condominium apartment price was up by more than eight per cent compared to June 2020, well outstripping inflation. 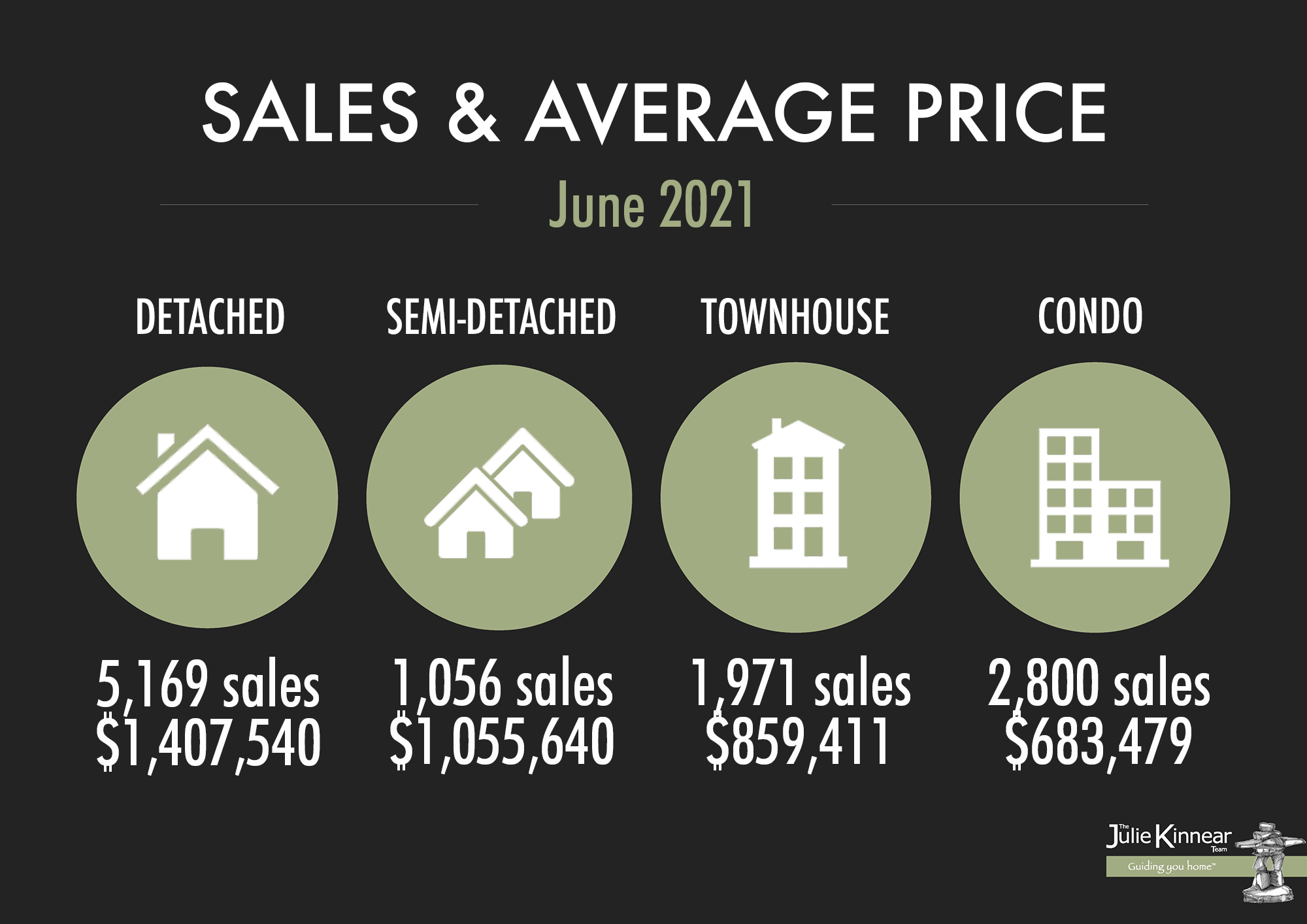