Just like Toronto is growing, so are the number and scope of LGBTQ+ friendly neighbourhoods. Leslieville and The Beach sit atop this list as one of the more popular neighbourhoods outside of the Village, and they both boast an easy-going family and LGBTQ+ focused feel, just on the outskirts of downtown, making it easy to come and go from the downtown core.

Dennis Findlay, a gay activist and President of The ArQuives (formerly the Canadian Lesbian and Gay Archives), told Local Love that Leslieville is an example of the expansion of LGBTQ+ culture and communities within our city:

Looking back over the last couple of decades, you'll see that many of Toronto's neighbourhoods have evolved over time. As society evolves, so too do our gay villages. It's all part of living in a vibrant, dynamic city. In fact, the neighbourhood has been affectionately referred to as "Queer East" and "Lesbianville."

In addition to rainbow flags adorning the windows of many businesses, there are many bars, and services popping up in the east end specifically catering to the LGBTQ+ community, particularly over the past decade. Let's check out some of the many wonderful reasons LGBTQ+ folks are choosing to go east! 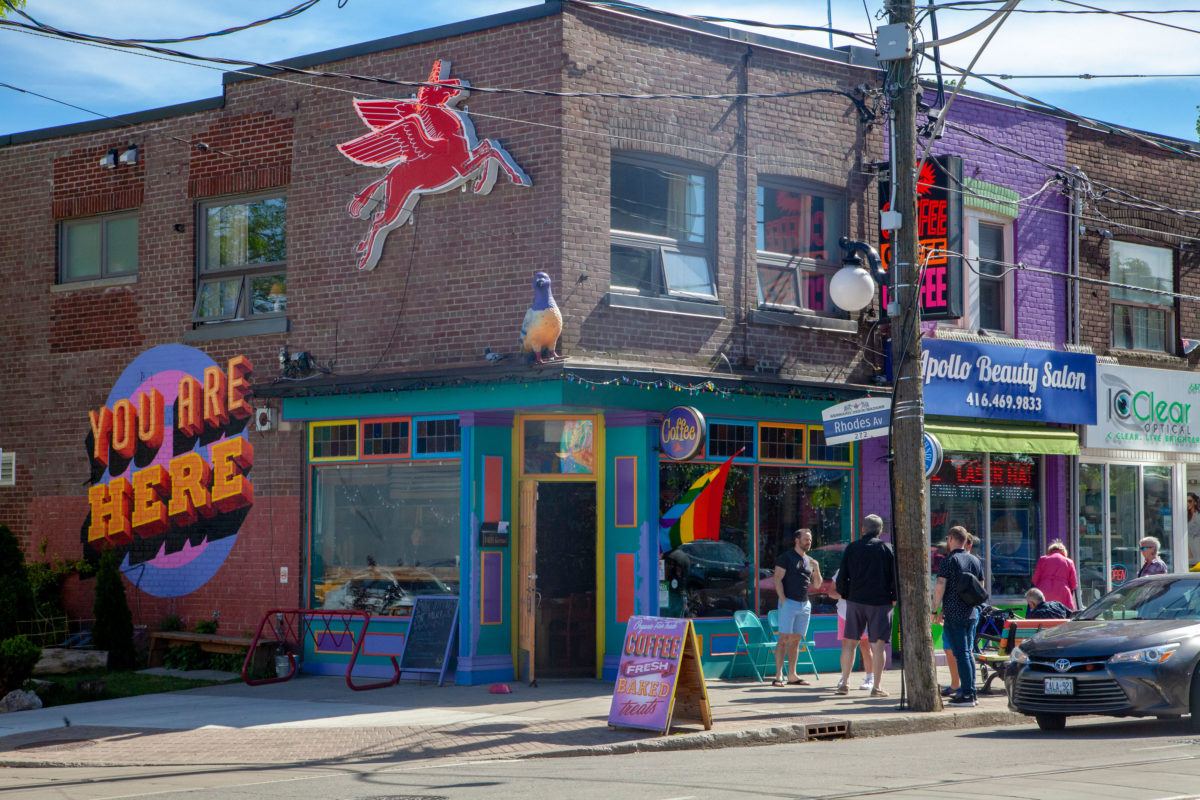 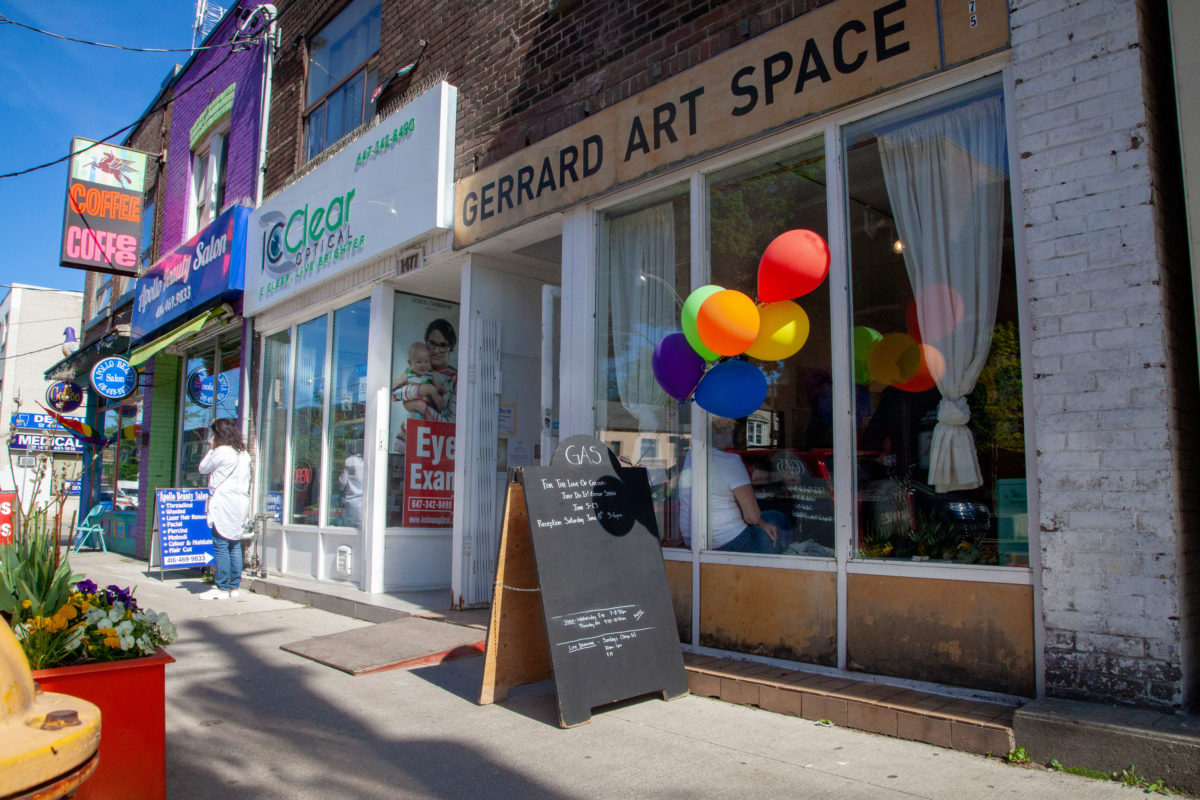 A walk on the beach is the perfect way to enjoy the warm weather and Toronto at it's best, whether you're on a date, trying to meet someone new, or just people watch along the boardwalk. Ashbridges Bay has 16 bike trails, a fire pit, and a breathtaking view. Chandra says:

Ashbridges is a lovely beach and park. Lots to see and do with kids and family. When we want some sun and sand but can't get out of the city - we always have a great time at Ashbridges. Year-round a great spot to take a walk, and more.

Want to meet new people in the community? Consider checking out Toronto Sand Sharks Beach Volleyball – a collective of more than 300 LGBTQ+ and LGBTQ+ ally athletes who play two on two games of volleyball each season from the May long weekend until Labour Day weekend. Running for more than 20 years, these volunteer-run group games are boasted as running from "early to exhaustion" at the eastern Beaches and Hanlan's Point. 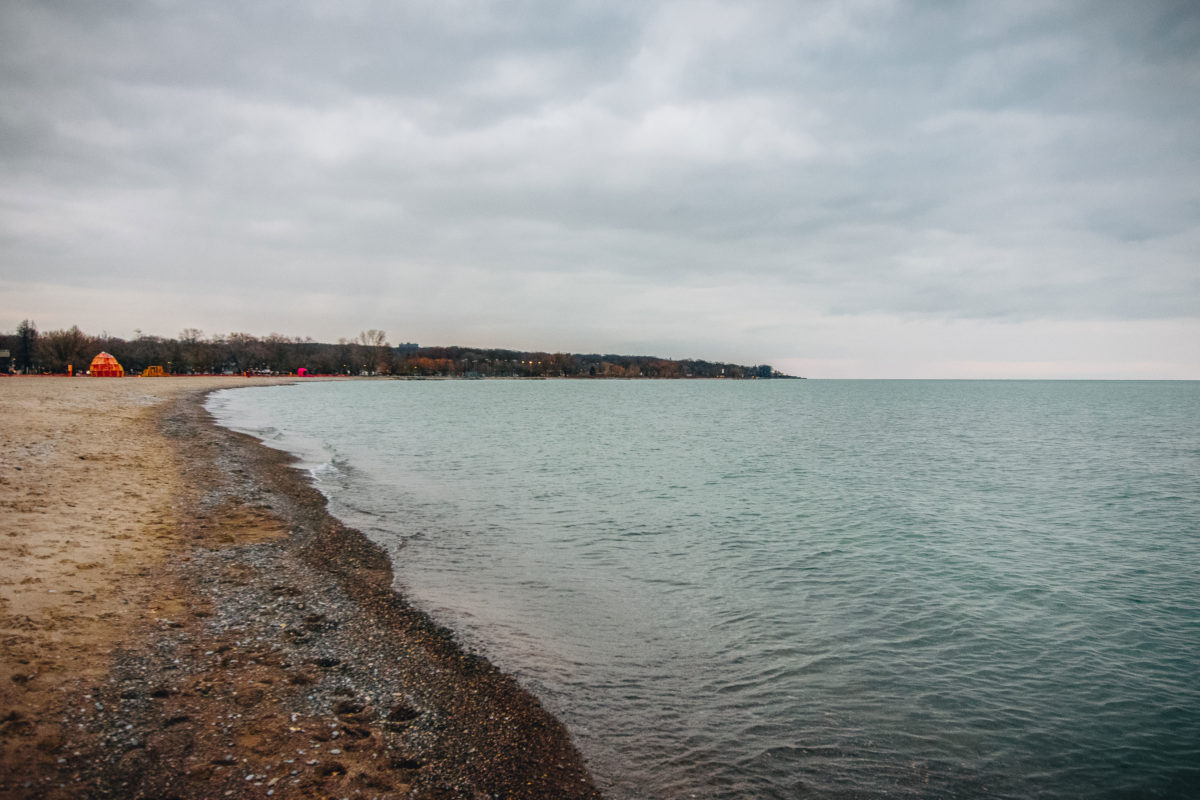 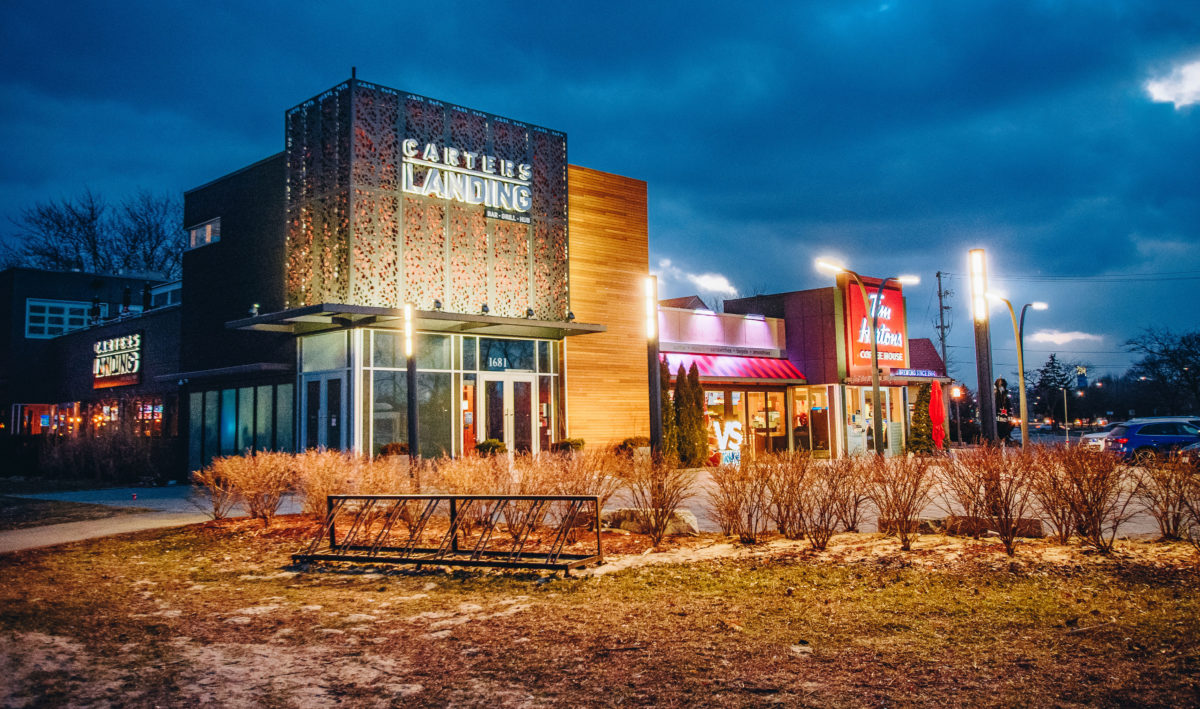 Let This Leslieville Business Take You Away!

Leslieville is home to OUT Adventures, a travel company located on Carlaw Avenue that is dedicated to planning perfect escapes for the LGBTQ+ community. Co-founded by Robert Sharp and Steven Larken, their adventures are built to satisfy both travellers and enrich the communities they visit. Having visited over 55 different countries as a part of their quest to bring clients unforgettable experiences, owner Robert and his team are proud to have grown their business into one of the most highly respected LGBTQ+ travel brands in the world providing "The best gay holiday around!" Locals can plan their next bucket list vacation around the corner from their east end homes. Traveller Carl Hiehn says:

I've been on gay tours of Cuba and Scotland with Out Adventures. Both experiences were exceptional. I highly recommend booking your own gaycation with them. 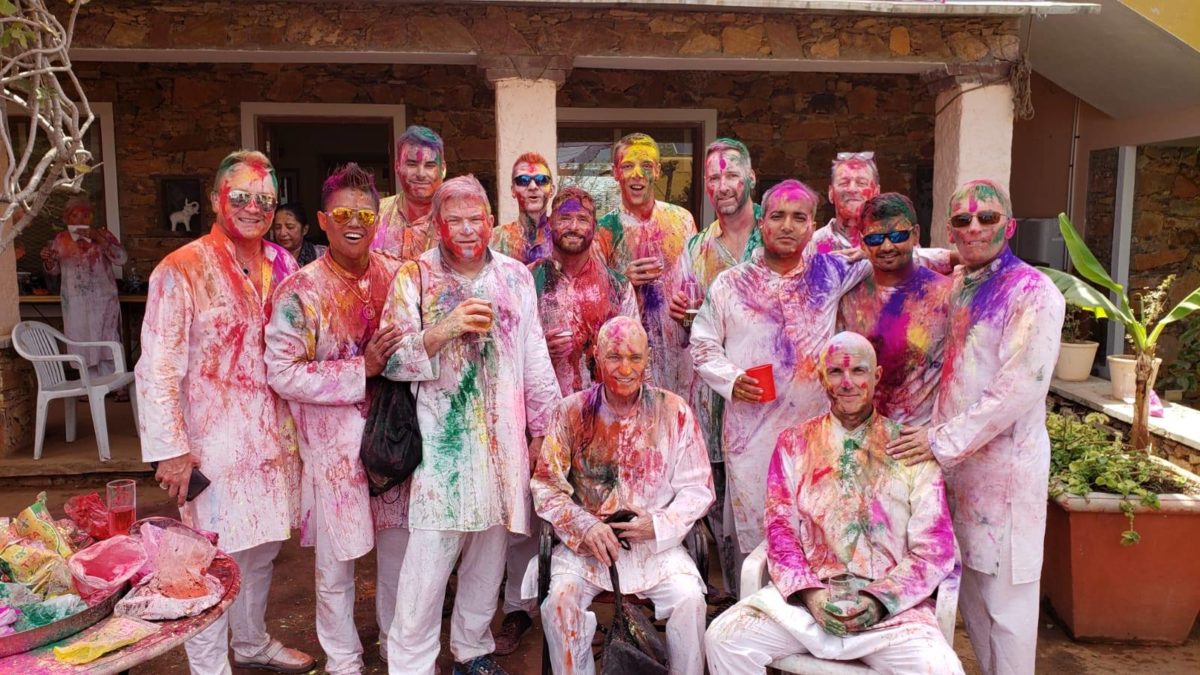 The Club That Broke Ground in the East End

WAYLA Bar And Lounge (which stands for What Are You Looking At) was one of the first popular LGBTQ+ establishments to open in the east end of the city. Taking the inspiration for their bar from the underground scene in NYC and France, they first opened their doors in 2010. Their ongoing commitment to reaching members of the community of different ages and interests has kept them successful. Locals can enjoy their theme nights and regular features including Queer Stand Up Comics, Deep and Disco Dance Parties, and more. Those who love reality TV and want to soak up the atmosphere while watching Drag Race with a bunch of friends can sashay up to WAYLA and pull up a table for one of their regular viewing parties. Jennifer W. says:

This place has a great vibe! Management/Staff are so welcoming. Never a dull moment... drinks flow quickly and are affordable. Bartenders are easy on the eyes. After drink #2 it's time to hit the busy dance floor. Great dance remixes, techno vibes, blasts from the eighties, number 1 hits... the DJ's got it all. I've also come in for karaoke Tuesdays. Great fun! Thanks to Wayla for the good times! 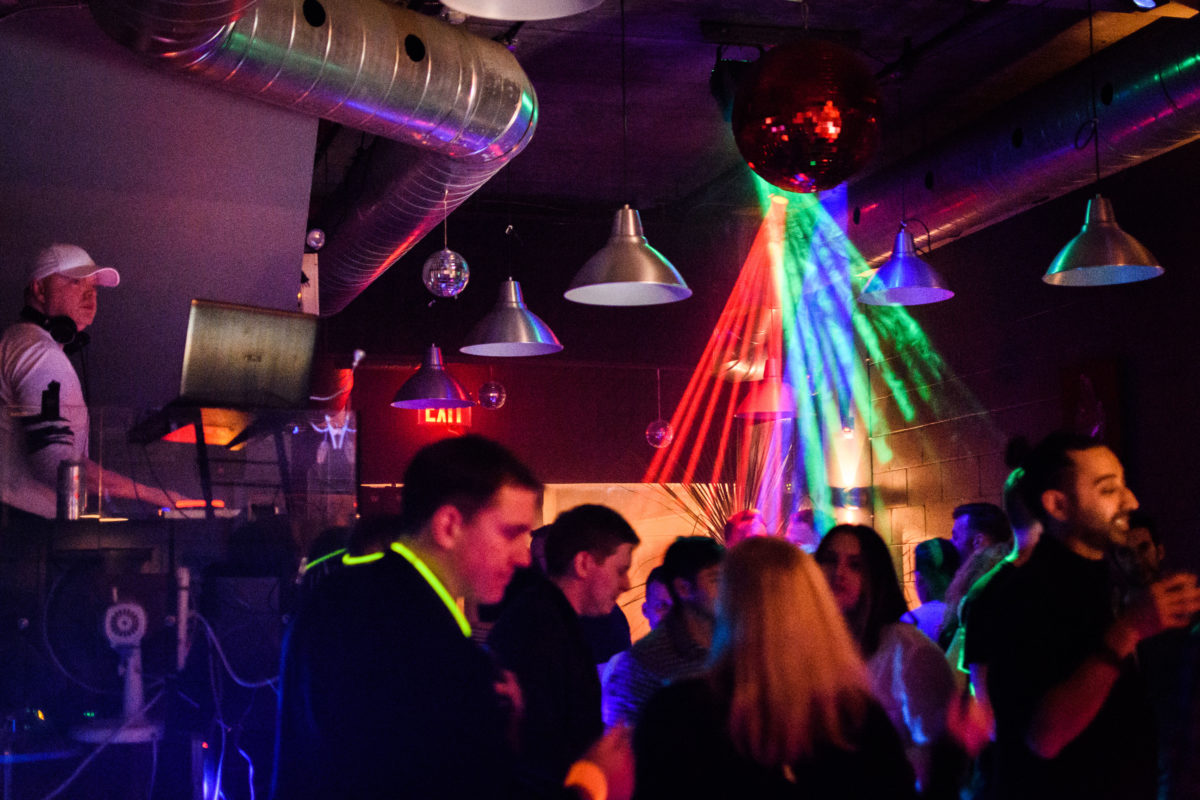 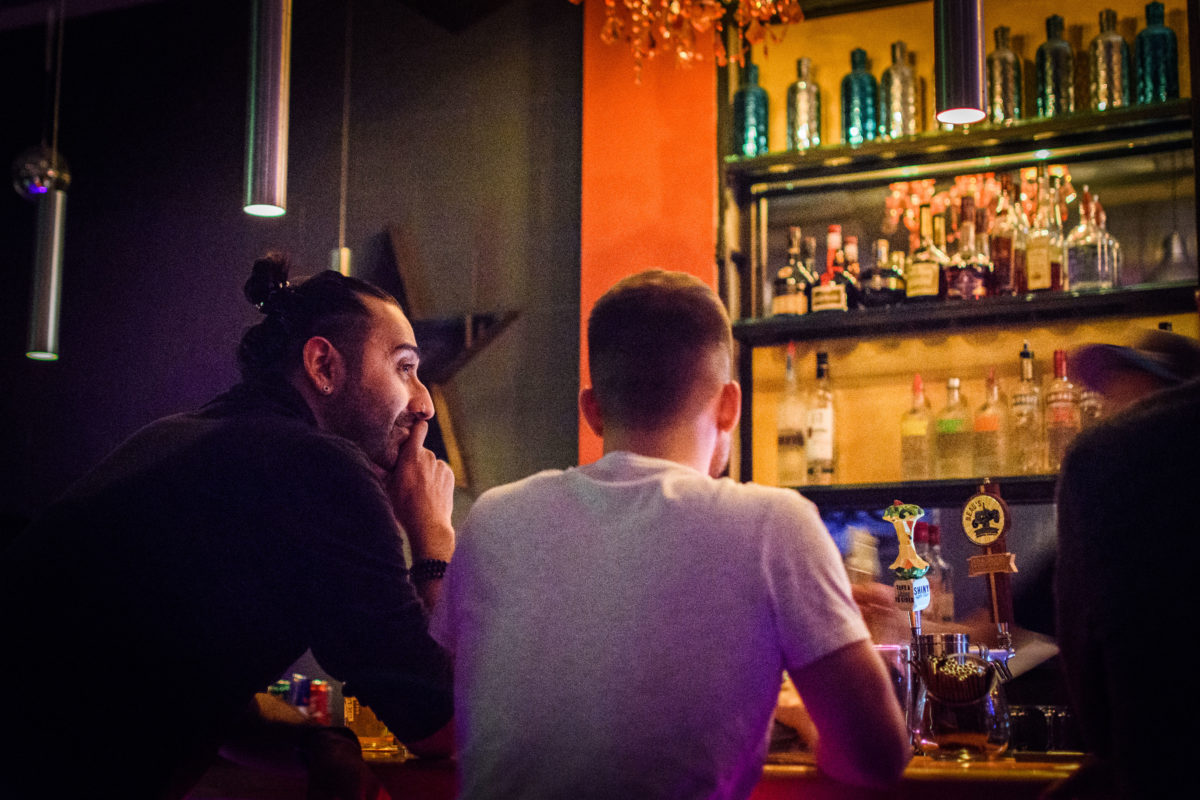 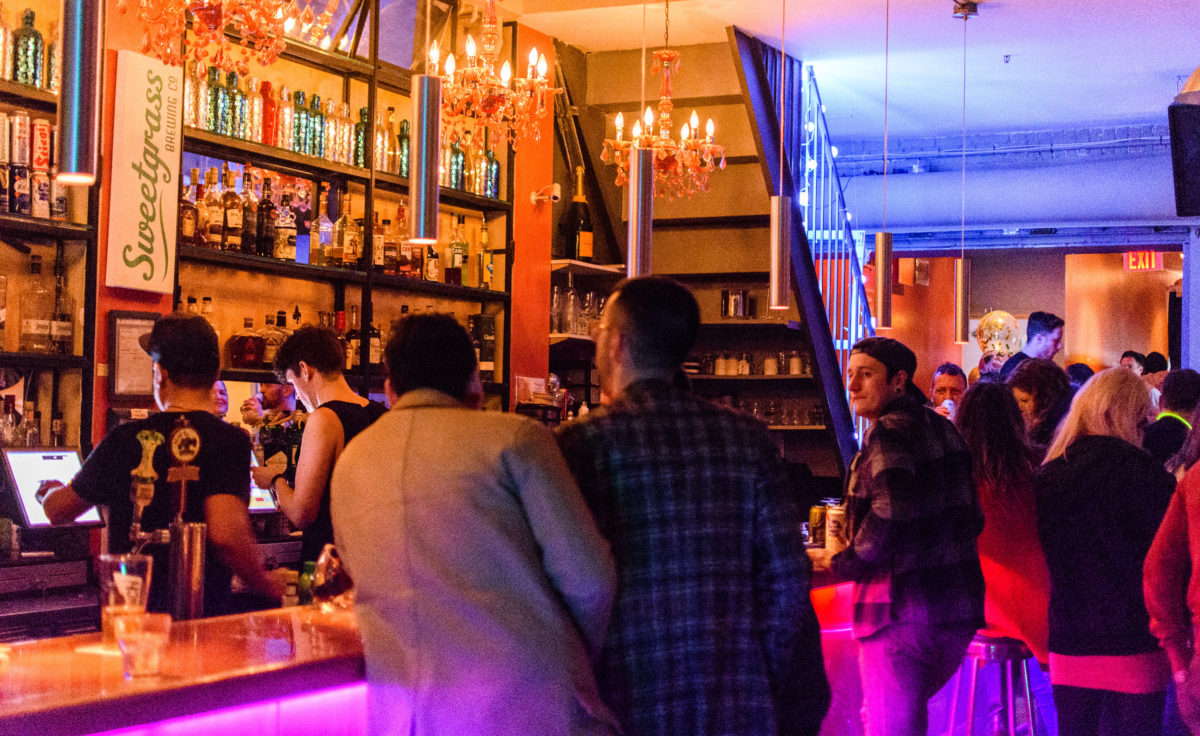 Just two years ago Kristin Rankin of east end salon Fuss Hair Studio (now partnered with Fox & Jane) saw the need for a collective within the salon industry. Following what at the time appeared to be a standard and pleasant appointment with a new client, a transgender woman, she saw a tweet from the happy customer saying this was the very first time she had a haircut and felt like a woman. Kristin told The Globe and Mail:

After my goosebumps went down, I was like "This is terrible, somebody needs to do something about this!" It has become clear to me that homophobia, transphobia and discrimination according to race, sex and gender are very much present in salons today. Instead of complaining about it I decided that I would do something to try and rid the industry of it and get as many people to join me as possible.

So Kristin created The Dress Code Project, an alliance of salons dedicated to providing safer spaces for LGBTQ folks, acting as a database for people to find an LGBTQ friendly salon near them. Check out Kristin's east end salon Fuss Hair Studio/Fox & Jane, or one of the other many local options who are a part of The Dress Code Project for your next cut!

The East Side Pride Festival

Every June many people come to Toronto to help celebrate Pride. Recently The East Side Pride Festival has helped the LGBTQ community expand their reach even further east than The Beach and Leslieville, with community leaders like Kristin Rankin leading the charge in Scarborough. Now celebrating their sixth year, the East Side Pride Festival is an outdoor event held at Campbell Square with music, free food, games, art, vendors, and community resource tables.

Explore the Best LGBTQ+ Neighbourhoods in Toronto with us!