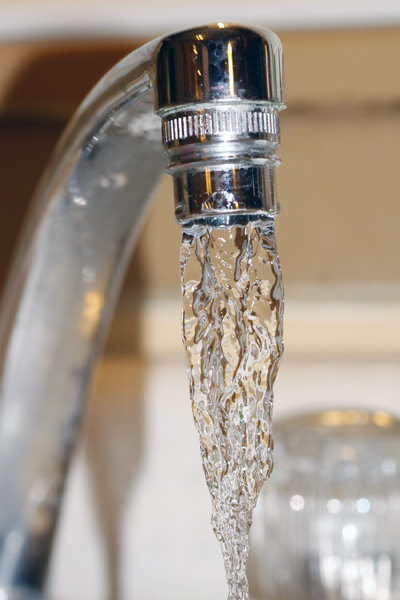 We should all know by now that water is a precious resource. It's not only the source and support of all life, but it gives us pleasure and helps us the produce goods and services that we depend on and enjoy.

But lately, humanity as a whole has been slowly running out of water. It's increasingly difficult to find pristine water sources from which to sustain people and supply industries. Not every type of water is suitable for all uses. Ocean water, for example, needs to be desalinated before it's any good for human use. This is a lengthy process with large overhead, which makes it unnecessarily costly in places where fresh water is available. What's more, this is not an option for regions without direct access to sea water.

According to scientific research results, the reason why there is less accessible fresh water (not to mention that it barely covers the needs of the dependent population as is) is the expansion of urban areas — cities and industrial zones. More paved land and concrete buildings mean that less naked soil is directly exposed to rainfall and sunlight. Various ingenious drainage systems divert virtually all water that falls onto a city to canals, and in turn, directly to rivers. This means that the soil only has the chance to soak up a fraction of the precipitation.

While the dryness of the soil alters the underground ecosystem, which is an issue of its own, the lack of residual moisture on the surface alters the distribution of solar energy. This is a concept that has been kept quiet for a while, but you be the judge. When the sunlight hits the ground and the ground is moist to any degree, part of the radiated energy is spent on vaporizing the surface moisture. This process cools down the immediate environment by "stealing" part of the solar energy that would otherwise simply heat up the ground.

The vaporized water then rises up, forming clouds which in turn provide rain elsewhere in the country. More rain also means more fresh water in the area. Similarly, a moderated temperature means that the local environment is more welcoming to life in general.

If an area is covered by human construction, there is no natural drainage, and not only does the soil remain dry, but the roofs and pavement do not retain water to be vaporized by the sun. As a result, the roofs and pavement must absorb all the sun rays themselves, making for a hotter environment with more volatile temperatures between the day and the night. At the same time, there is no vapour to form clouds, which further alters the weather and climate in the entire area. 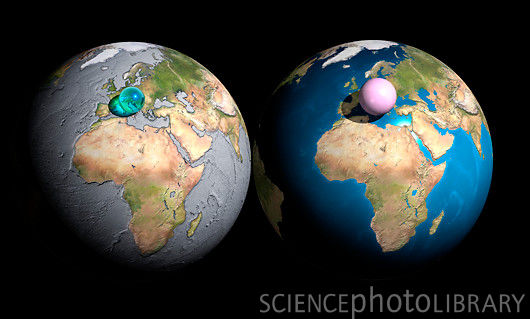 More drained water causes the rapid rise of the oceans' water levels. You can see the relative volume of all water (and air) compared to the volume of the Earth. On the other hand, more heat retained by the air warms the atmosphere over time, increasing temperatures both near and far from the metropolitan areas.

If this sounds to you like global warming, then you've hit the nail on the head. Scientists now estimate that the effect of urbanization itself makes for a large proportion of global warming, adding significantly to the effect that greenhouse gasses have on the climate.

Fortunately, there are ways of coping with this side-effect of urbanization. Learn how you can help boost the water cycle in your area in my next article called "Save Water Effortlessly".