This summer has been Canada's hottest and priciest for a long time. Sales shot up by an incredible 21.1 per cent in August compared to results from a year ago. The average price in the Greater Toronto Are rose as well, from $477,170 last year to $503,094. The MLS Home Price Index, which adjusts for changes in the types of houses that are selling, increased 3.7 per cent in Toronto. The number of houses entering the market is up 4.5 per cent to satisfy the high demand. 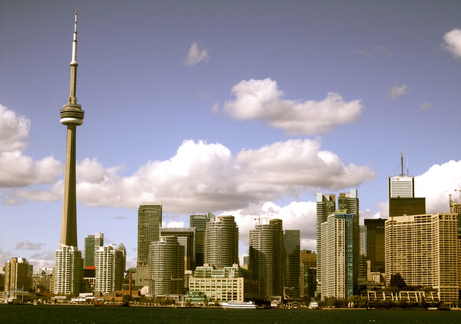 Bank of Montreal economist Sal Guatieri said the Canadian market has "shades of taking flight again." Observers suspect, though, that the upward trajectory will ultimately be flattened by rising rates. This is because many buyers jumped in sooner than they would have otherwise.

Mortgage rate pre-approvals tend to require four months. Mortgages below 3 per cent will be running out around October, and that's the major push for potential homebuyers. It's important to realize, though, that jumping in too soon can actually cost homeowners more money than a higher mortgage rate. It's a good idea to do the math before signing a deal. Many buyers pay $25,000 more for a house to preserve a mortgage rate that saves them $10,000.

While rising rates are pushing people into the market now, rates will ultimately act as a drag in the market,

said Craig Alexander, chief economist at Toronto-Dominion (TD) Bank. He also expects five-year rates keep rising by about 0.5 per cent throughout the next year. He's forecasting relatively flat sales for a lengthy period.

Flat is ultimately the best outcome we could have in the market. It is not terrible for sellers, but it's also good for buyers. And the fact that prices should rise money more slowly than incomes should ultimately reduce some of the overvaluation that is present in some of the markets, 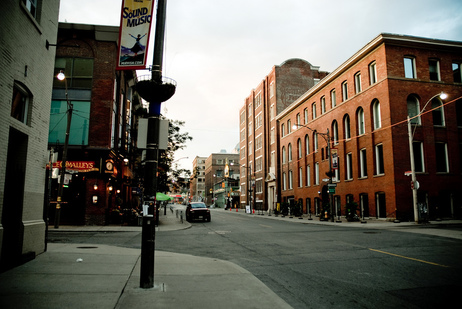 The top-selling property type was detached houses. In August, sales rose by an incredible 23 per cent to 846 properties. The average selling price for this type of property was $783,708, which is 4.7 per cent more than buyers paid a year ago.

Surprisingly, the condo market strengthened markedly, and TREB (the Toronto Real Estate Board) recorded 1,280 units sold last month — which is 21.4 per cent more than in August 2012. The selling price remained low, at $357,572 per unit, but it increased by 2.3 per cent in a year-over-year comparison. 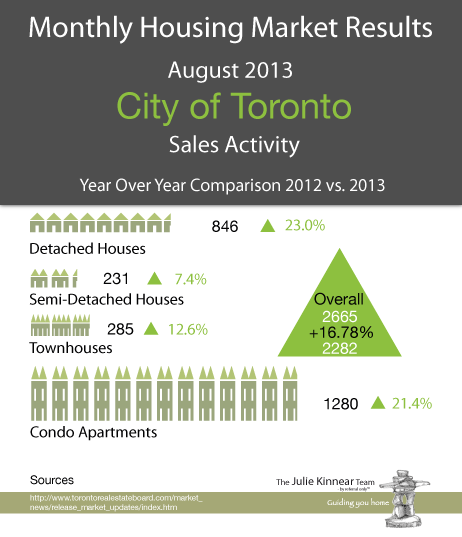 Townhouses saw a major sales improvement as well. There were 285 units sold in the City of Toronto last month — 12.6 per cent more than a year ago. The price, however, dropped slightly, by 0.8 per cent. This year, homeowners paid $416,463 on average. This is the only negative figure we've seen in this month's report.

Semi-detached houses remained at the bottom of the top-selling properties list. Their sales rose the least in August — by 7.4 per cent, to 231 houses. The average selling price rose by 8.7 per cent to $576,033. This is the highest price jump recorded on TREB records since August 2012. 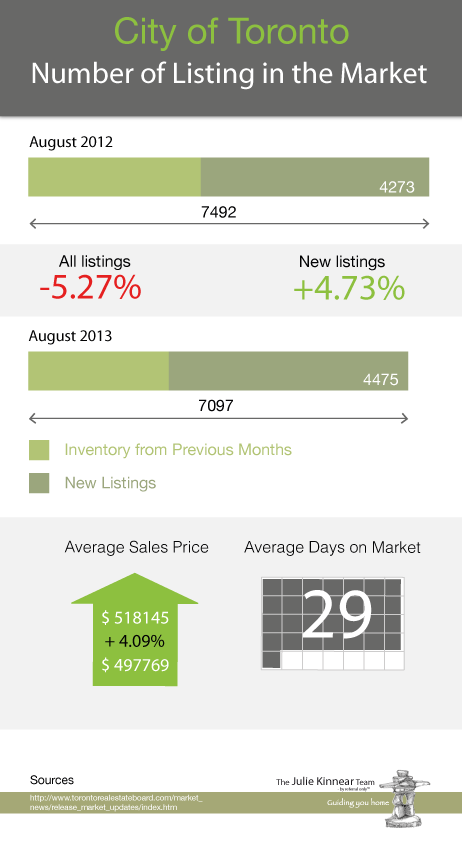 Townhouses were the second top-selling property type in the rest of the GTA, with 938 units sold. The number of sales jumped by 19.2 per cent. The average selling price rise remained in line with other properties, and rounded to 6.7 per cent. This year, homebuyers paid $374,494 on average for a townhouse. 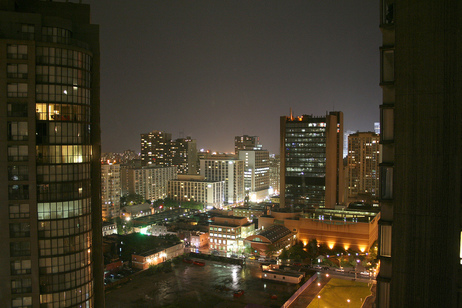 Toronto at Night by madmack66

Detached properties were the absolute best-sellers in the GTA in the last month. There were 3,635 sales recorded in the MLS system, which is 24.2 per cent more than the year before. The average selling price was $635,531 — 4.9 per cent more than in August 2012. 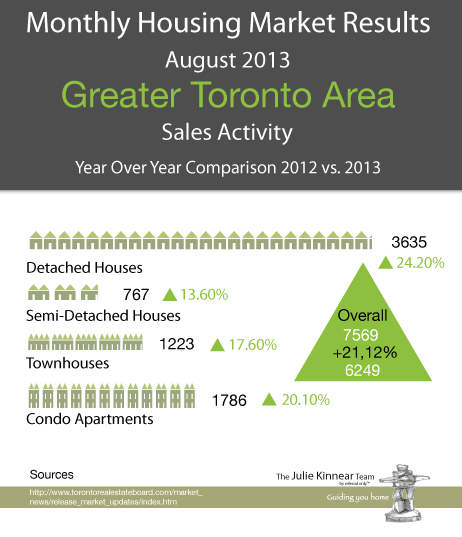 The condo market jumped incredibly last month, and its sales rose by 20 per cent. It recorded 1,786 sales for an average price of $339,512. The 3.7 per cent price rise is the smallest in a year-over-year comparison. 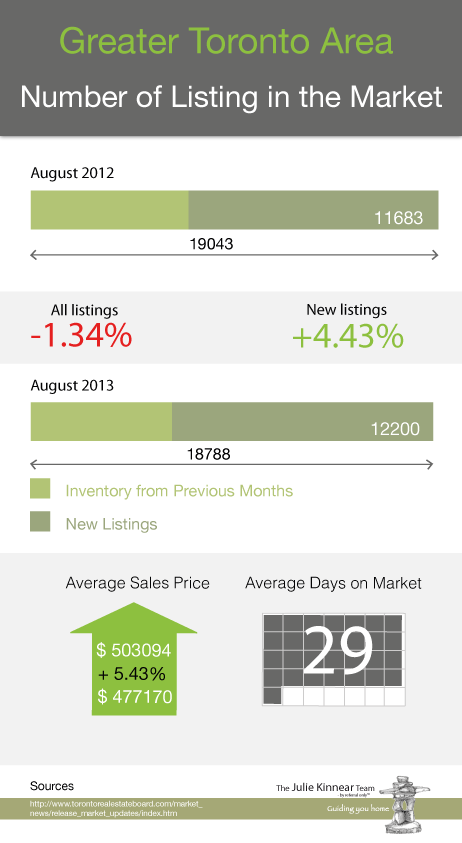