Wondering what to do in Toronto during the upcoming month? November will be packed with great events you shouldn't miss. From the Royal Agricultural Winter Fair and the BabyTime Show to the Gourmet Food and Wine Expo and Planet in Focus film festival to kick off events of the festive season — such as the traditional Santa Claus Parade and One of a Kind Christmas Show — there are plenty of fun opportunities for everyone. Check out our list and let us know what you think.

The Royal Alexandra Theatre announced its new production — a Toronto debut of the Once musical, one of the biggest hits on Broadway in the past couple years. Inspired by a critically acclaimed independent film featuring songs of Glen Hansard and Marketa Irglova, the musical has won eight Tony Awards (including Best Musical category) and a Grammy. The songs in the show include such hits as "Falling Slowly," "The Moon," and "Say It to Me Now." The storyline follows the relationship of a Dublin street musician and a young Czech immigrant who loves playing the piano. Once is quite an unusual musical, as the actors play their own instruments onstage. Ticket prices range from $35 to $130. 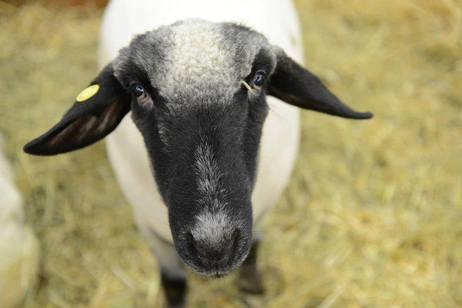 The Royal Agricultural Winter Fair celebrates 90 years of agricultural and equestrian tradition. At the moment, it's the largest fair of its kind in the world — attracting over 340,000 visitors every year. Visitors can expect more than 300 vendors, regal horse shows, fun dog shows and competitions, livestock exhibitions, and many more events. Organizers announced that the 2013 edition of the fair will be the biggest ever, with several extra highlights. Kids and families can look forward the Pizza Pizza Petting Farm, President's Choice Animal Theatre, the AMAZEing Food Journey (where children are welcome to play with their food), and the Ag-Tivity Central play area. Ticket prices range from $14 to $23, depending on age and whether you purchase online or at the door. 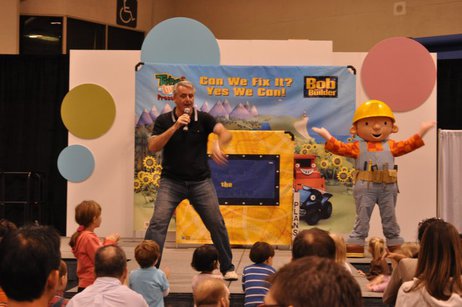 Parents and parents-to-be will love the BabyTime Show — the ultimate trade event focusing on everything connected to parenthood, from pregnancy to toddlers. Use the opportunity to learn about the newest trends and chat with experts from the top children's brands, who will all be at the show. Plus, all visitors will have a chance to use special discounts for numerous children's products and listen to star guest speakers, including parenting author Ann Douglas, 2Health CEO Kavita Chauhan, and pediatrician Dr. Mickey Lester. Little visitors will surely enjoy meeting their most beloved characters, such as Bob the Builder and Barney. The event takes place at the International Centre, and tickets are $16 for adults, $10 for seniors, and free for children under 12.

Eddie Izzard, one of the wittiest and most famous stand-up comedians of our time, is coming to Toronto this November. He will stop by Massey Hall for four nights during his current Force Majeure World Tour. Izzard is known for his striking humour, and his latest topics include several themes such as Darth Vader, chaos theory, Greek mythology, and human sacrifice. Izzard also appeared as an actor in several films, including The Chronicles of Narnia: Prince Caspian, Ocean's Twelve, and Ocean's Thirteen. Ticket prices range from $39.50 to $65. 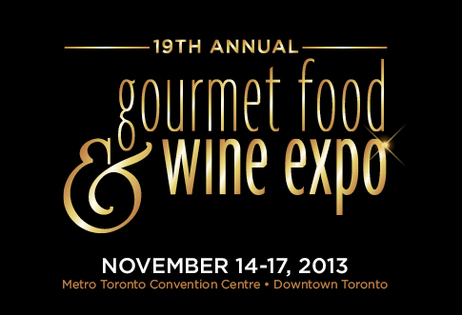 If you enjoy fine dining and wine, the Gourmet Food and Wine Expo in the Metro Toronto Convention Centre is the right place for you. Come over to savour the best wines at several tutored wine tasting events, expand your palette while tasting exquisite food creations, and learn a couple new tricks from experts and great chefs who will be onsite. Organizers promise an opportunity to try over 1,500 different samples of wine, beer, and spirits from all over the world as well as dishes prepared by top chefs. Tickets are $20, and there's a special VIP Thursday preview evening for $40.

Jingle your jangles and kick off the holiday season in Toronto at the Santa Claus Parade. For more than a century, the parade has put smiles on kids' faces and become one of the most popular traditions in the city. From the event's humble beginnings, the parade has grown and improved. Today, it consists of over 25 themed floats, 22 bands, 100 celebrity clowns, and 1,500 volunteers who help to make the procession so special — plus the most important person of the day, Santa! This year, the route starts at Christie Pits Park at 12:30 PM. It will pass the ROM and the Eaton Centre and end at the St. Lawrence Market.

Planet in Focus introduces 70 films from Canada and around the globe that deal with environmental issues. The program was created to celebrate the beauty of our world and focus on issues that impact our lives and the way we treat the planet. Over the five days of the event, festival-goers can look forward to educational programs for youngsters, panel discussions, workshops, and pitch sessions related to film and filmmaking. Schools are also welcome to participate and use the opportunity to attend and organize special screenings. The event takes place at the TIFF Bell Lightbox and regular screening tickets are $15.

One of a Kind Christmas Show (November 28 to December 8)

Since its origins in 1965, the One of a Kind Christmas show has become the largest consumer craft event in North America and one of the top Christmas shopping opportunities in Toronto. Come out to get inspired by the work of about 800 artisans and artists and buy unique presents for your friends and family. You can choose from a wide selection of items, including handcrafted ceramics, jewellery, furniture, clothing, and accessories as well as art pieces. Visitors can also watch a fashion show and make their own unique gifts at several hands-on workshops. The event takes place at the Direct Energy Centre and regular tickets cost $12.