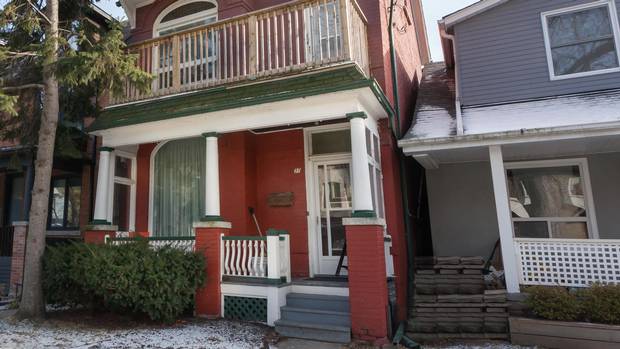 The Action: The appetite for Roncesvalles Village residences is high, especially for original Victorians, so nearly 100 buyers booked private showings or attended the open house for this 2-1/2-storey house near Sorauren Park. Several visitors were enchanted enough to place offers, with the winner coming in at $1.401-million – $403,000 over the asking price.

What They Got: For more than five decades, the same family occupied this 131-year-old house, which contains 2,200 square feet of space, including a third-floor bedroom with a front balcony, plus a 750-square-foot basement with a separate side entrance and three parking spots off a laneway south of the 25-by-125-foot lot.

The windows, heating and cooling systems were updated, while original mouldings remained in areas such as the carpeted den, living and dining rooms and a rear kitchen, which also has access to the back porch and secondary staircase to four bedrooms and one of two bathrooms on the second floor.

The Agent’s Take: "It’s in a good school district, has good access to a community centre, shopping and TTC," agent Julie Kinnear says. "It’s hard to find these houses … people who like Victorians love the high ceilings and the look of the front."

The sheer size of the property was also unheard of.

"It was a lot bigger than a lot of the other houses with a back staircase, big yard and three-car parking, so it has a lot of potential without having to do an addition," Ms. Kinnear adds. "You have four real rooms on the main floor and it has a full basement, even though it’s not finished."