Toronto homeowners have been changing keys at a rather fast pace lately, and this was no different last month. Sales increased by 20 per cent year-over-year and the rise is expected to continue through 2014. While sales of all housing types are increasing and decreasing steadily, it's the condo market that caught our attention last month. In October 2013, condo sales rose nearly 25 per cent year-over-year. 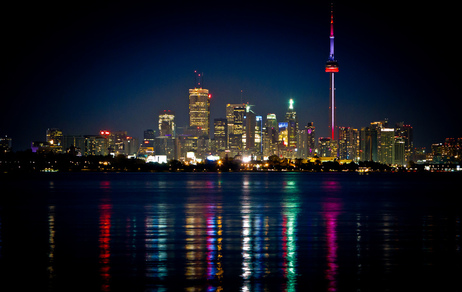 Toronto Skyline at Night by farhanamoor

The condo market is highly saturated, and with 300 projects under construction in the GTA area, investors are competing for every buyer harder than ever before. As reported by the Globe and Mail, Oliver Baumeister von Bretten, a broker who specializes in the condo market, estimates that many of the incentives out there amount to a discount of about 1.5 to 3 per cent of the purchase price. This means that even though the nominal condo prices is rising slightly, the real value may be actually decreasing.

Semi-detached properties saw negative sales numbers last month. Sales dropped 2.4 per cent compared to last year, with only 331 houses sold through the TorontoMLS system in October 2013. The average price, on the other hand, rose by 11.7 per cent to $642,112.

Other types of properties were selling remarkably well, with 20.4 to 26.3 per cent sales increases. 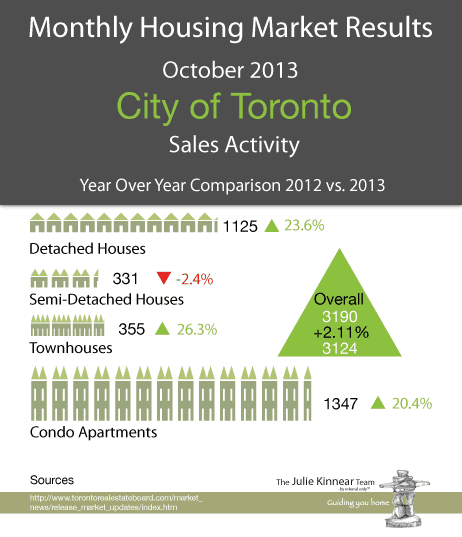 Last month, 1,347 condo units sold, driving sales up more than 20 per cent. The average price rose 7.2 per cent, to $384,441. As we saw before, due to a different nature of incentives currently offered, it's difficult to state the current selling value of specific condo apartments. Zach Burnett, project manager at developer Burnac Holdings, said for the Globe and Mail that the incentives being offered at its South Hill on Madison project are worth about $18,000 to more than $30,000, while prices range from about $250,000 to more than $1 million. The incentives come in the form of covered closing costs, with Burnac paying for things such as the land transfer tax, development fees, and hydro metering costs. 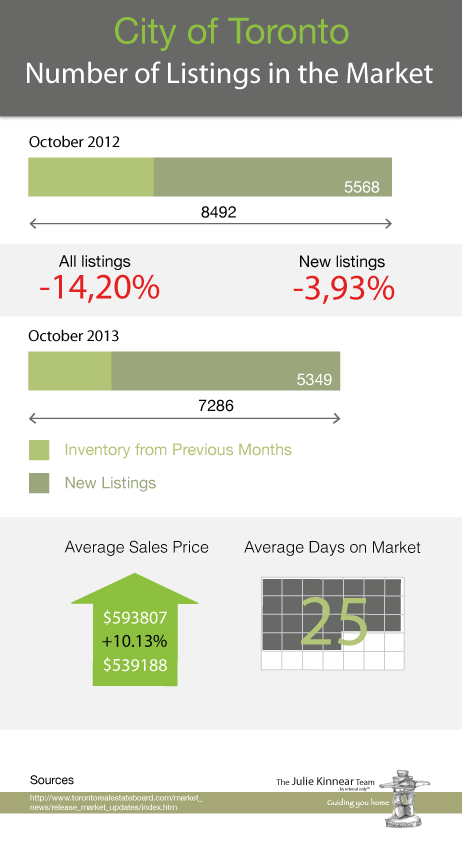 Sales of detached properties jumped 23.6 per cent in a year-over-year comparison and 1,125 houses changed hands in October 2013. Average price for a detached house climbed up to $873,507, which is 12.4 per cent more than buyers paid last year.

Townhouses were selling well last month as well. There were 355 sales reported — 26.3 per cent more than a year before, for an average price of $473,240. Compared to other property types, the townhouse prices rose the least in a year-over-year comparison, by only 4 per cent.

Rest of the GTA

Detached properties were again the most sought-after segment in the 905 region. Last month, 2,695 houses changed owners. Sales were 15.4 per cent higher than a year before, meaning detached houses are still among the favourite house types in the rest of the GTA. The average price for a property was 6.3 per cent higher this year, and on average, buyers paid $607,849.

Interestingly, semi-detached properties recorded almost the same rise as detached properties, at 15.5 per cent. There were 514 properties sold through TorontoMLS system in October 2013 for an average price of $417,124. Last month, buyers needed to spend 6.7 per cent more than they did last year.

In October 2013, 915 townhouses changed owners, which is 20.7 per cent more than in October 2012. Despite the confident sales rise, prices were only 6 per cent higher.

The condo market, however, jumped incredibly high — its 35.6 per cent year-over-year rise represents a massive wave of interest from the buyers' side, especially in the rest of the GTA, where low-rise properties tend to dominate. The incentives developers now offer are hard to resist and are one of the main reasons behind this sales jump. There were 560 units sold over the past month for an average price of $295,166. The condo price in the 905 area rose the least compared to the other house types, making condo apartments the most affordable housing option.

Greater Toronto Area as a Whole

"Growth in the average selling price and the MLS® HPI Composite Benchmark will continue through 2014. Inventory levels for ground-oriented home types will be low from a historic perspective and home ownership demand will stay strong as affordability remains in check due to the continuation of accommodative borrowing costs," 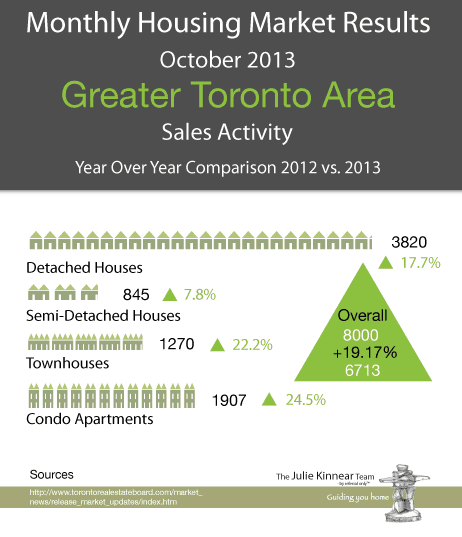 Detached houses again dominated the market in October 2013, with 3,820 sold units. There were 17.7 per cent more detached homes sold than a year before, for an average price of $686,087. The average price jumped up 9 per cent.

Condo apartments followed second in terms of sales. There were 1,907 units sold for $358,225 on average. The condo market became more interesting, and that reflected in a 24.5 per cent sales rise year-over-year. The average remained relatively low and rose by 6 per cent. 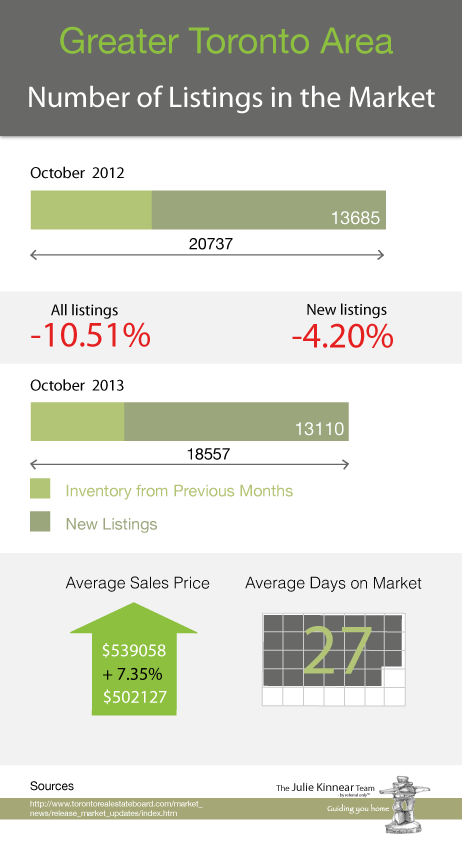 Townhouse sales improved by more than a fifth compared to last year and 1,270 units changed hands in October 2013. The average price for a townhouse rose the least — only 5.5 per cent, to $405,118.

Buyers were least interested in purchasing semi-detached properties last month. Only 845 houses sold throughout the GTA for an average price of $505,255. Both sales and price increased by 7.8 and 7.4 per cent, respectively.