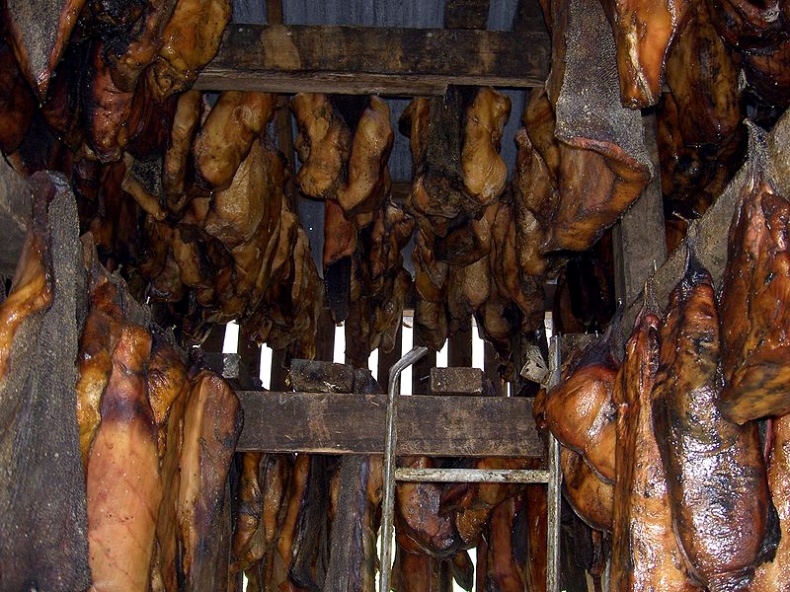 Hakarl in Iceland
by Wikimedia Commons

We all hear stories from friends returning from Asian or African countries about varieties of deep fried insects or roasted rats sold on the streets of lively cities. We even realize that knowing everything about production processes of our supermarket food and all the chemicals used during its preparation could easily prevent us from eating virtually anything for quite a while. However, today's post will show you that there is always a way to push what we call food beyond the boundaries most of us would tolerate… Check out the strangest meals of the world!

Have you ever felt an urge to leave your fish hanging around for five months and let it rot before consumption? Well, Icelanders have most certainly tried it already. Hakarl is their specialty — a basking shark that is placed in a cavity and pressed by sand and stones to undergo a fermentation process that takes up up to 12 weeks. Afterwards, it is cut and dried before serving. Hakarl is distinctive by its strong ammonia smell and fishy taste. Ask Björk how she likes it! 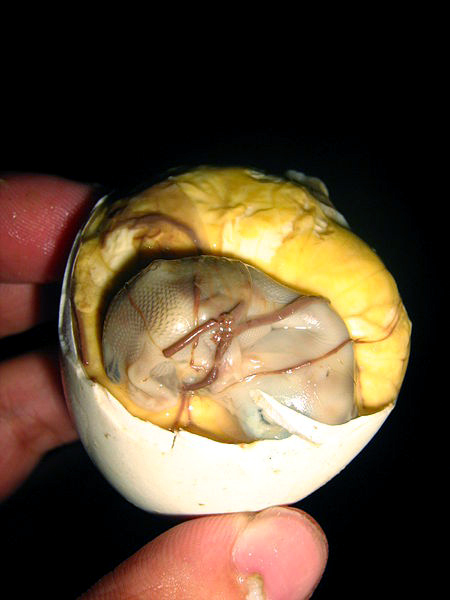 Often considered to be an aphrodisiac, this Southeast Asian delicatessen is most likely not very popular among birds. It is basically a fertilized duck embryo that is prepared by boiling alive and eaten straight from the shell. Balut is valued as a hearty snack, containing lots of proteins. If you ever find yourself wandering Manilla streets during hot nights, try buying it from one of the street vendors and have it as a snack with beer.

If you think that we are too pampered by the fact that we don't have to fight with our food anymore, try Sannakji. This Korean meal consists of live baby octopus sliced up and served with a few drops of sesame oil. The little tentacle pieces on your plate will still be moving and squirming, and unless you chew properly, octopus suction cups may even stick to your mouth or throat. What a delicacy! 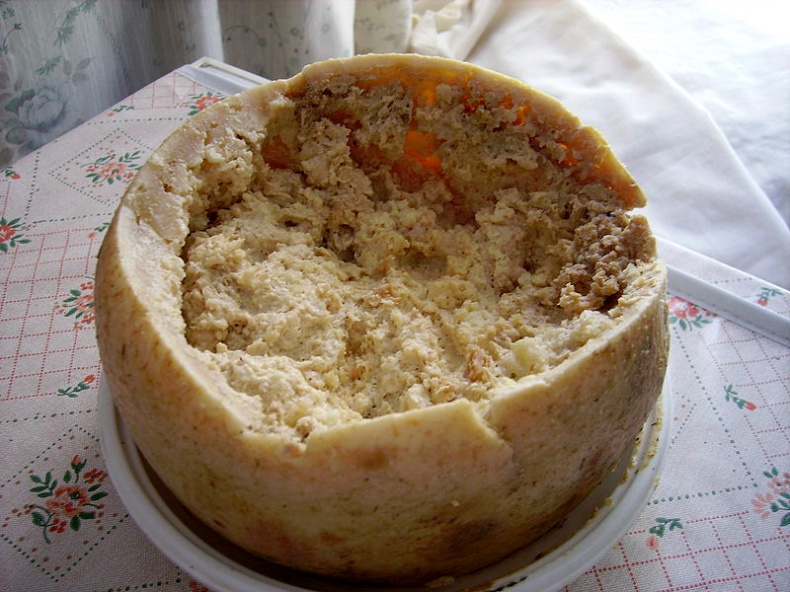 Sardinia is a rough, rocky island with rough meal ideas. Casu Marzu is a famous type of cheese that is full of little translucent larvae. They are deliberately added to the cheese during its production process to help the fermentation process that strongly resembles decomposition. The little worms are good at jumping — they can jump up to 15cm when disturbed… of course, inside your mouth!

Inuit families in Greenland love Kiviaq, a delicacy prepared by stuffing seal skin with about 400 hundred little auk birds and leaving it under a pile of rocks to ferment for three to eighteen months. The meal is often served during celebrations as it helps people to get by in harsh winters. However, Kiviaq always stays outside – the smell is so intense that it cannot be brought inside the house. Some say that the birds taste like something between liquorice and the strongest cheese ever made.