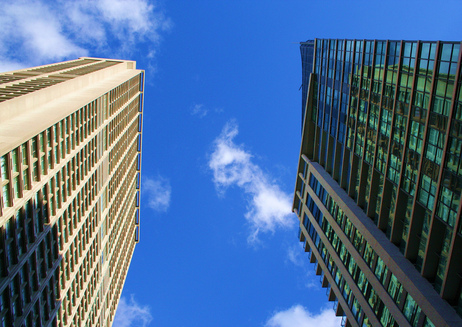 There were 5,759 sales last month, down from the 6,809 sale recorded for the same month of 2012. In February 2012 there was one extra working day, and by adjusting last year's results to a 28-day-period and comparing it with figures from February 2013, we see only a decline of 10.5 per cent was calculated. The average selling price, unaffected by the leap year, was $510,580 (up 2.06 per cent), which partially compensates for the loss in sales.

It's clear that the market has not yet recovered from the deep fall in sales that occurred in autumn last year. Finance Minister Jim Flaherty adjusted the mortgage rules, hoping to cool down house prices and lower the consumer debt levels. The results of his changes will be more visible in the following months.

While home sales experienced another massive fall, prices have started to rise slowly — which is a good sign. As expected, the condo market has been under-performing, and a loss of 20 per cent was recorded. There were only 953 condo apartments sold in the City of Toronto, for an average price $352,614. This price was lower by 4.7 per cent compared to last February's average price, and it also represents the only price drop in City of Toronto last month.

Detached houses are currently the second worst-selling house type. This February, only 234 houses were sold, and this represents a 13.3 per cent fall. Despite the poor sales, the average price managed to keep above zero: it is higher by 0.1 per cent and now totals $823,329.

The biggest jump in average prices was recorded in the semi-detached housing sector. In February 2013, the average semi-detached house was sold for $618,777, and that is 6.2 per cent more than last February's average. The comparatively high price for units compensates for the lower sales. Sales were down 13.3 per cent, with 234 homes sold.

The best-selling home type in February 2013 was townhouses, with a total of 230 units sold. There was a very slight downward change in sales of only 0.4 per cent, while the average selling price remained high. The average price rose 4.9 per cent and ended up at $450,440 for townhouse units.

The past month has been tough in terms of home sales in the Greater Toronto Area. Sales were lower than in the City of Toronto, though the prices remained consistent and no negative figures were recorded.

Townhouses were the best-selling housing type in the GTA as well as Toronto proper. Even though their sales were down 4.6 per cent, this was the smallest drop in sales that was recorded. In total, 682 townhouse units were sold, for an average price $371,640. The average price of townhouses has risen the most of all housing types in the GTA, and home buyers needed to invest 7.1 per cent more last month.

The condo market is performing similarly in the GTA as it is in the City in terms of sales. There were 399 condo apartments sold in February 2013 in the GTA, which is down by 20.7 per cent. An interesting fact is that the average price for a condo apartment rose by 4.3 per cent in GTA compared to their 4.7 per cent fall in the City. Homebuyers needed $281,398 on average to buy a condo.

"The share of sales and dollar volume accounted for by luxury detached homes in the City of Toronto was lower this February compared to last. This contributed to a more modest pace of overall average price growth for the GTA as a whole," said Toronto Real Estate Board (TREB) president Ann Hannah. "Stricter mortgage lending guidelines that precluded government backed mortgages on homes sold for over one million dollars and the City of Toronto's additional upfront land transfer tax arguably played a role in the slower pace of luxury detached home sales," added Hannah.

"We will undoubtedly experience some volatility in price growth for some market segments in 2013. However, months of inventory in the low-rise market segment will remain low, resulting in average price growth above three per cent for the TREB market area this year. Our current average price forecast is $515,000 for all home types combined in 2013," said Jason Mercer, TREB's senior manager of market analysis.