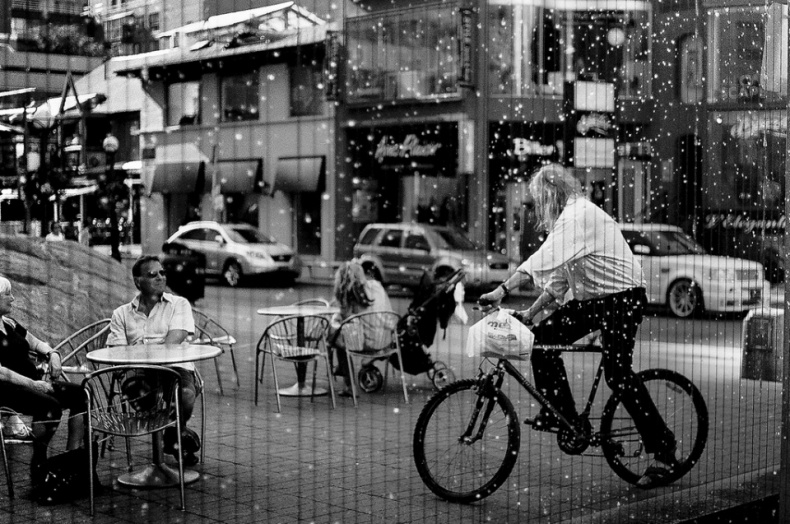 We are introducing a brand new series of Photo Essays! Have a look at amazing Photo Sets all shot by talented photographers. Explore the vibe of the city, its hidden treasures, meet the Torontonians! This time, let's have a look at Toronto through the lens of Jonathan Castellino! 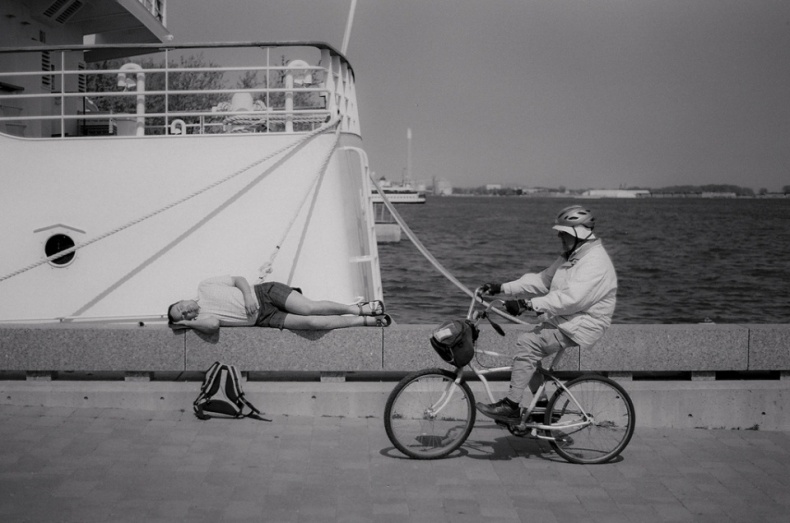 The Origins of Street Photography

Street Photography is a specific genre within the field of photography that tries to capture candid situations in public places such as streets, parks, beaches, malls, political meetings, and other everyday venues. As one of the greatest photographers of all time, Henri Cartier-Bresson, once put it:

There [in photography] is a creative fraction of a second when you are taking a picture. Your eye must see a composition or an expression that life itself offers you, and you must know with intuition when to click the camera.

That is the moment the photographer is creative. The Moment! Once you miss it, it is gone forever.

Street photography presents these moments as they truly happened — they should not be staged or manipulated like much of commercial photography is. Authors rather have the ambition to "hold up a mirror" to society, to show reality as it is. This practice dates back to the beginning of the 20th century, when smaller portable cameras such as Leica were introduced together with the 35-millimetre film that made it possible for photographers to travel lightly (as opposed to dragging the heavy, large cameras of earlier times) and unnoticed within the hub of the city. Even then, it took some courage to take out a camera and take candid shots of people from a very short distance! Bresson talks about the "Decisive Moment," a moment so powerful and yet so difficult to catch because it comes unexpectedly. The photographer must always be ready and not hesitate.

What was the birthplace of street photography? Europe, specifically Paris, was where the first street photographers like Eugene Atget and Bresson emerged. Their style became big in North America during the 1940s through the 1960s, with members of the New York School such as Weegee, Robert Frank, Diane Arbus, and Helen Levitt leaving behind a thorough profile of American society at that time. If you want to see some of these memorable projects, just look up their names and you'll be blown away by the beauty of their (often controversial) works focusing on African American and counter cultures.

Maybe you will also get inspired and take to the streets of Toronto with a camera at hand, looking at your city from a completely different point of view. Just for your interest, not everything in photography is digital today! More and more people get back to its "roots" and shoot on film again. Jonathan's shots that we featured were taken with an analogue camera on 35 mm black & white films. Compare today's streets by Jonathan Castellino with some beautiful snapshots from the last century in our other photo essay, Top 20 Photos from Toronto's History! 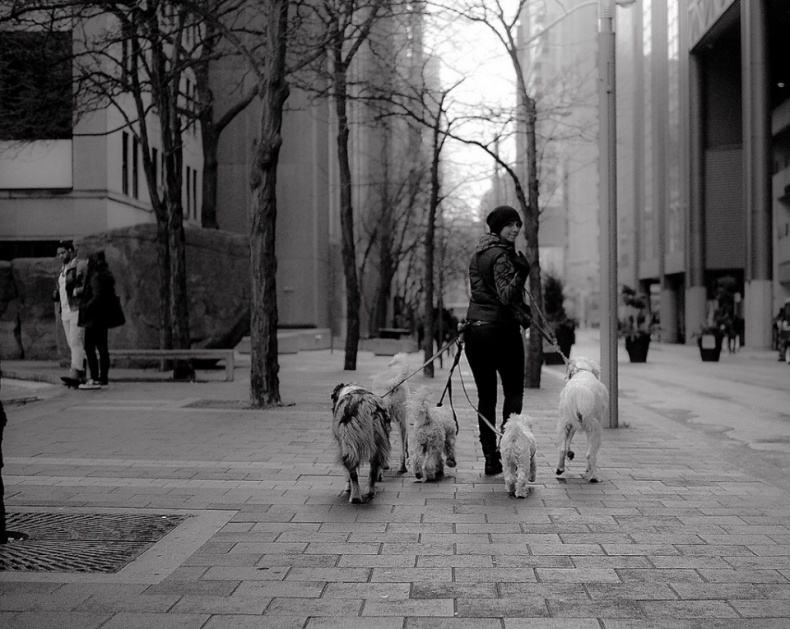 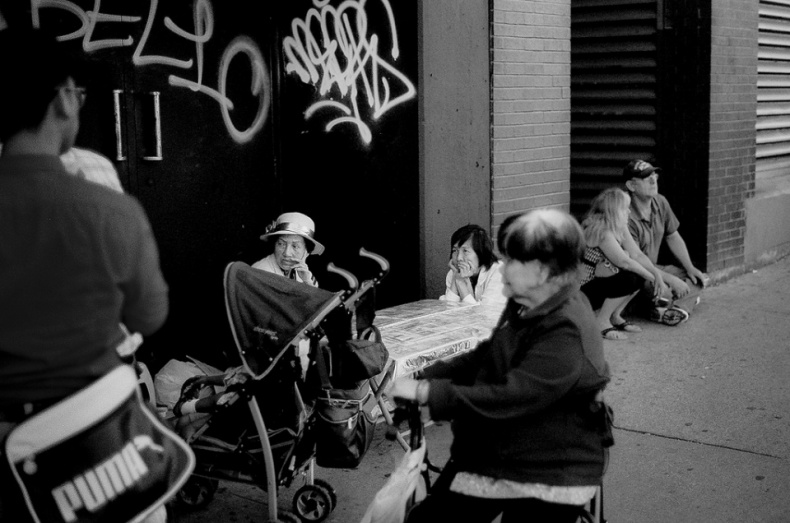 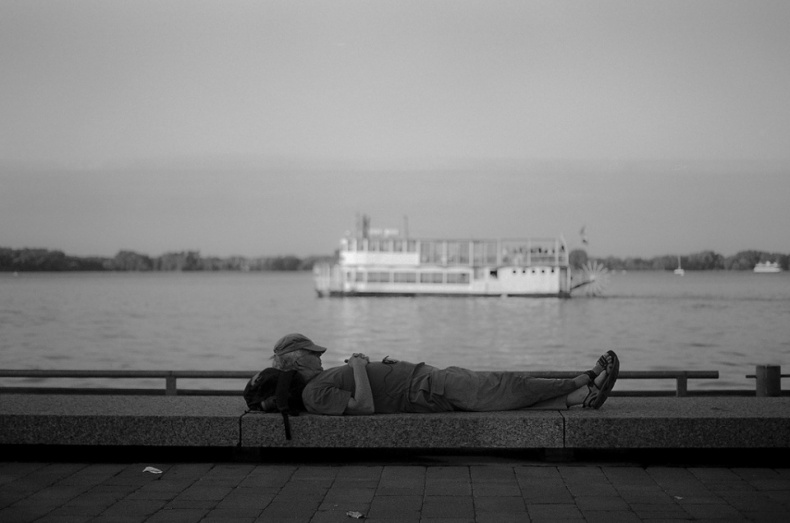 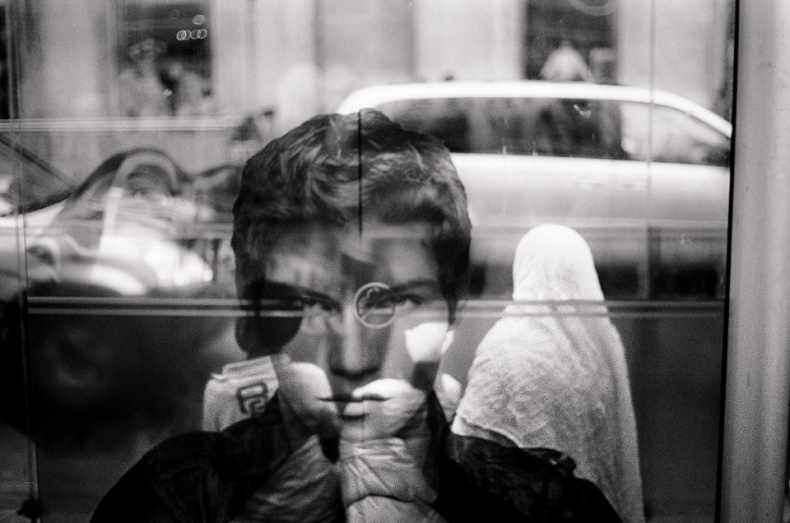 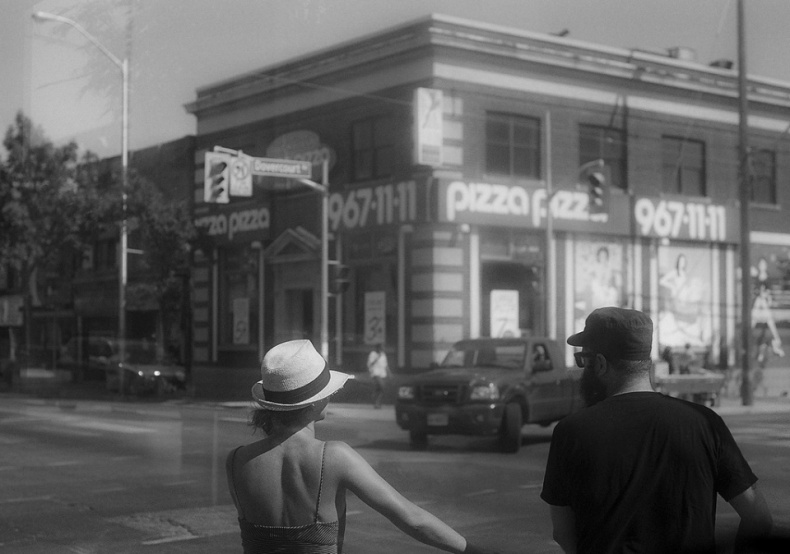 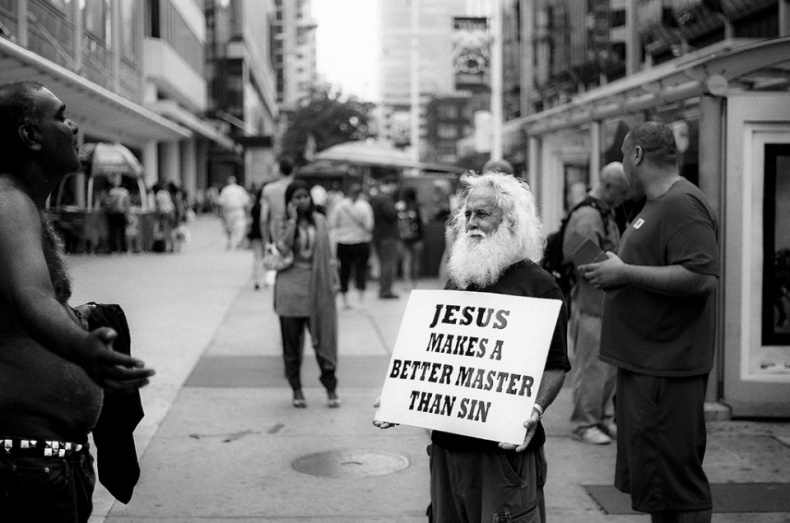 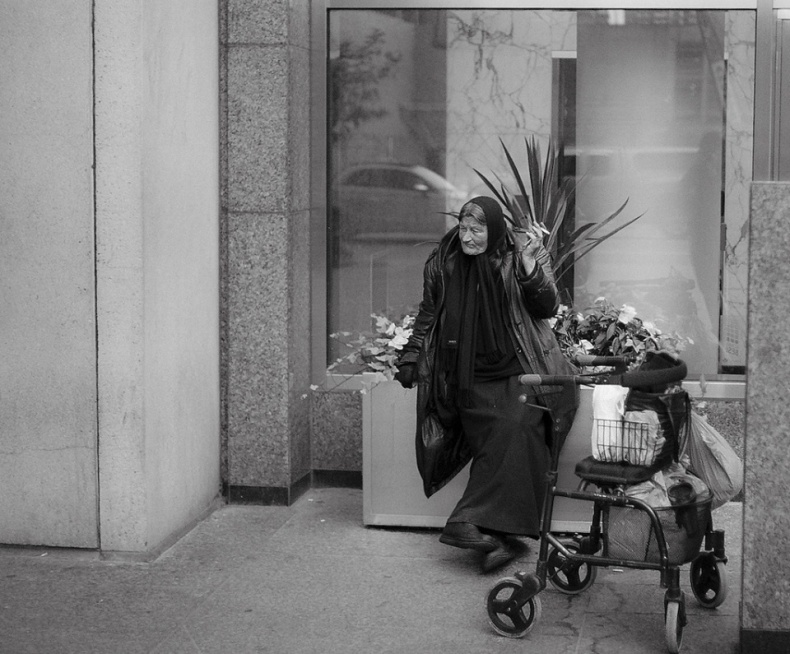 "The Lady in Black" 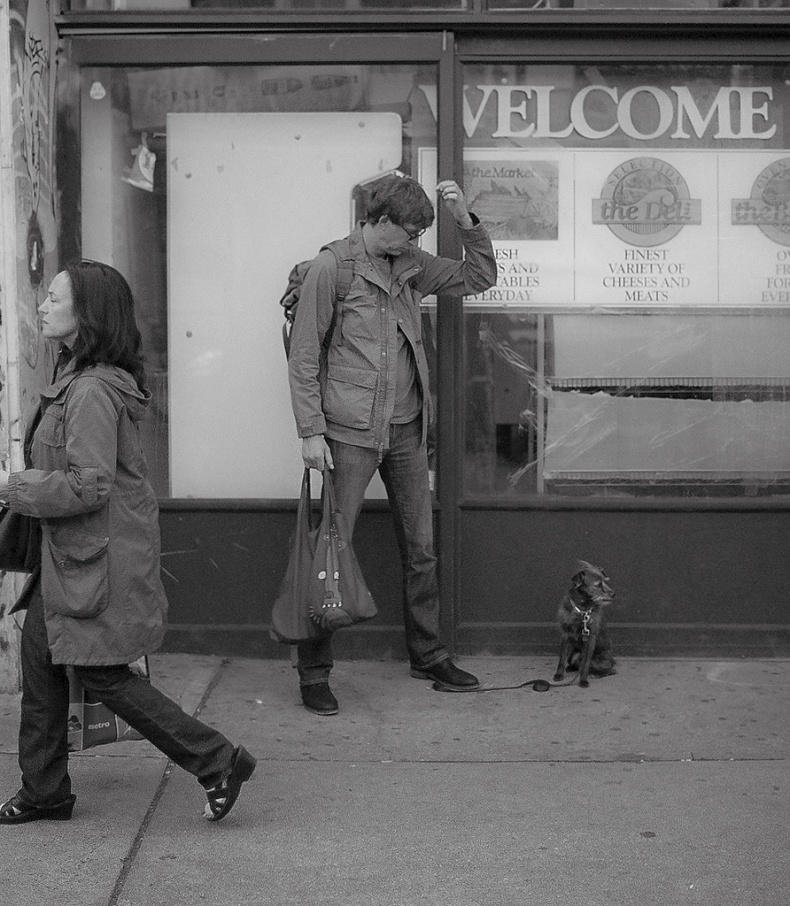 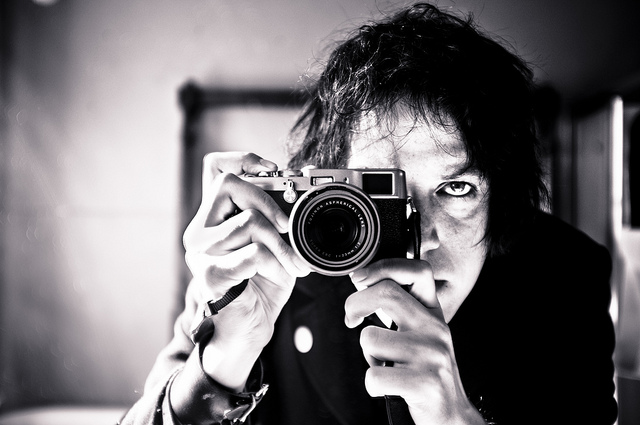 Jonathan Castellino is a hobby urban archaeologist and photographer based in the city of Toronto. His photographs document the intersection of built environment and cultural landscape as it speaks to the social imagination. While focusing primarily on contemporary urban ruins, his work also tends to take a broader perspective, examining the place and meaning of these spaces in urban life.