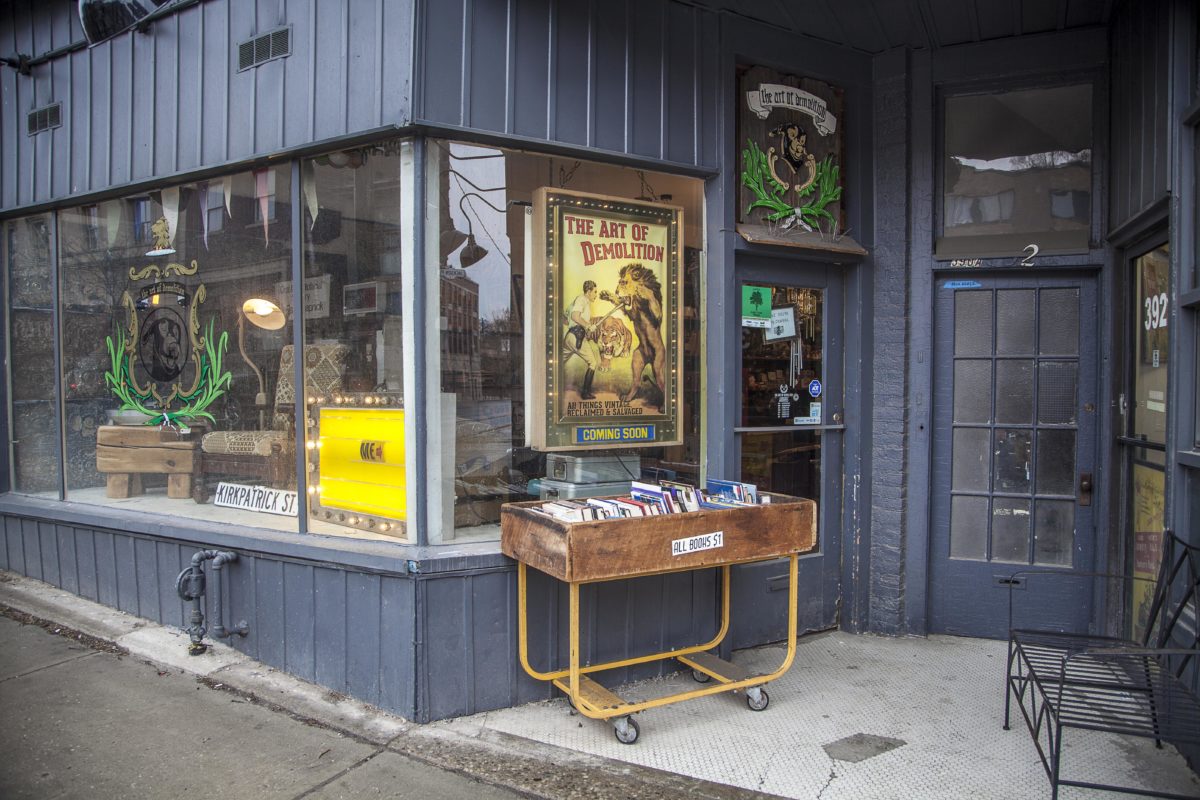 I didn't have the heart to destroy beautiful things.

That was Matthew Cromwell's response when I asked him how he started his vintage and salvage shop in the Junction 7 years ago. Founder of the demolition company M3C Demolition, Cromwell kept finding pieces of furniture and other odds and ends at his job sites that he couldn't bear to see thrown away. 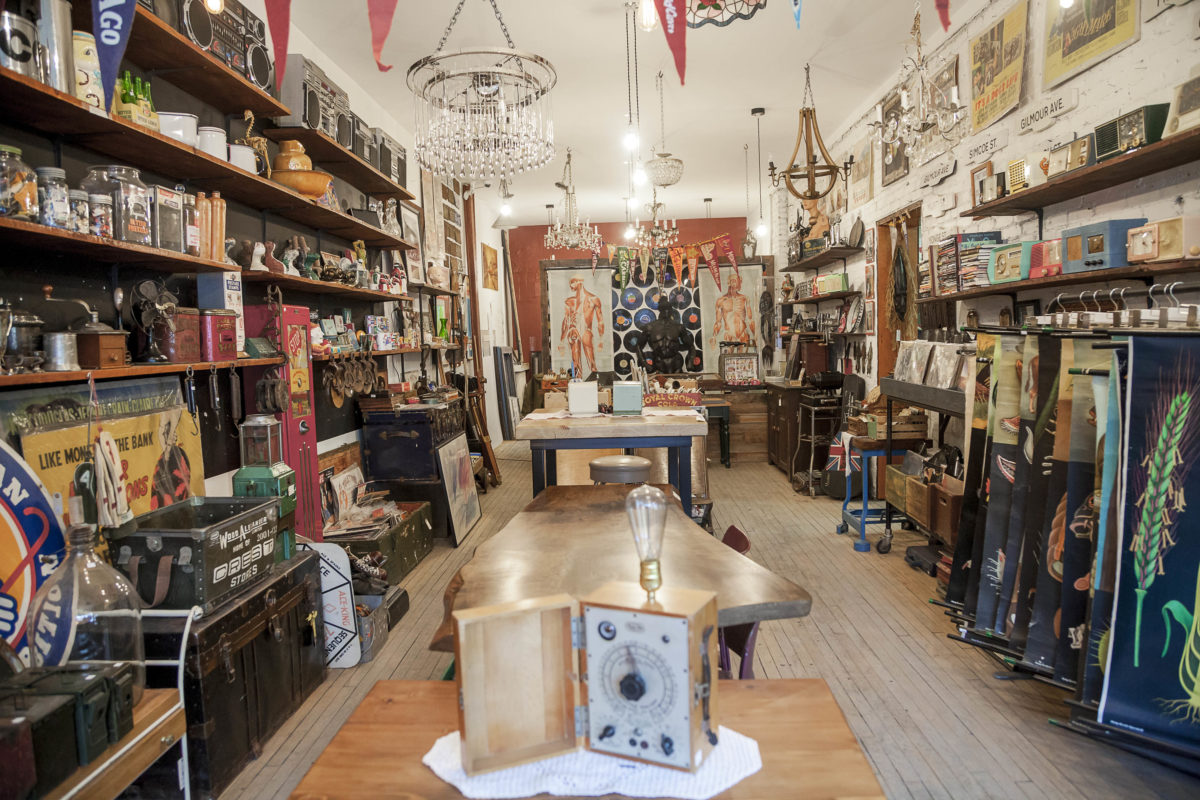 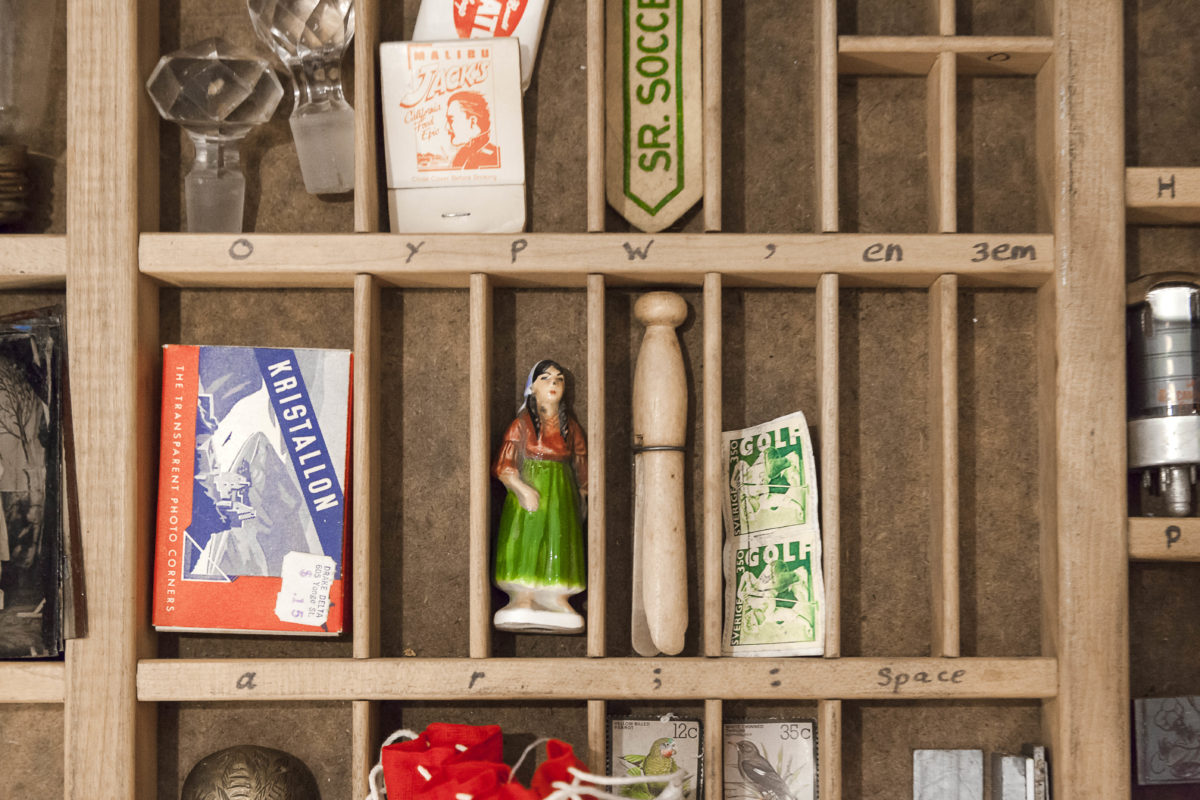 So I used to just salvage the stuff myself, and I would just keep it. I would bring it to a few other stores around the Junction, and other antique stores. Give it to them or try to sell it to them.. but it was never really about money. In the beginning it was more just giving things a second life, pretty much, and it just became a hobby. And then I needed an office space, this building came up for rent, and I decided to put my office in the back and have a store front.

The building Cromwell settled into was located at 390 Keele Street, in his old neighbourhood of the Junction, and he named it The Art of Demolition, after his demolition company's motto. Now the odd and beautiful things he rescued had a paying home. 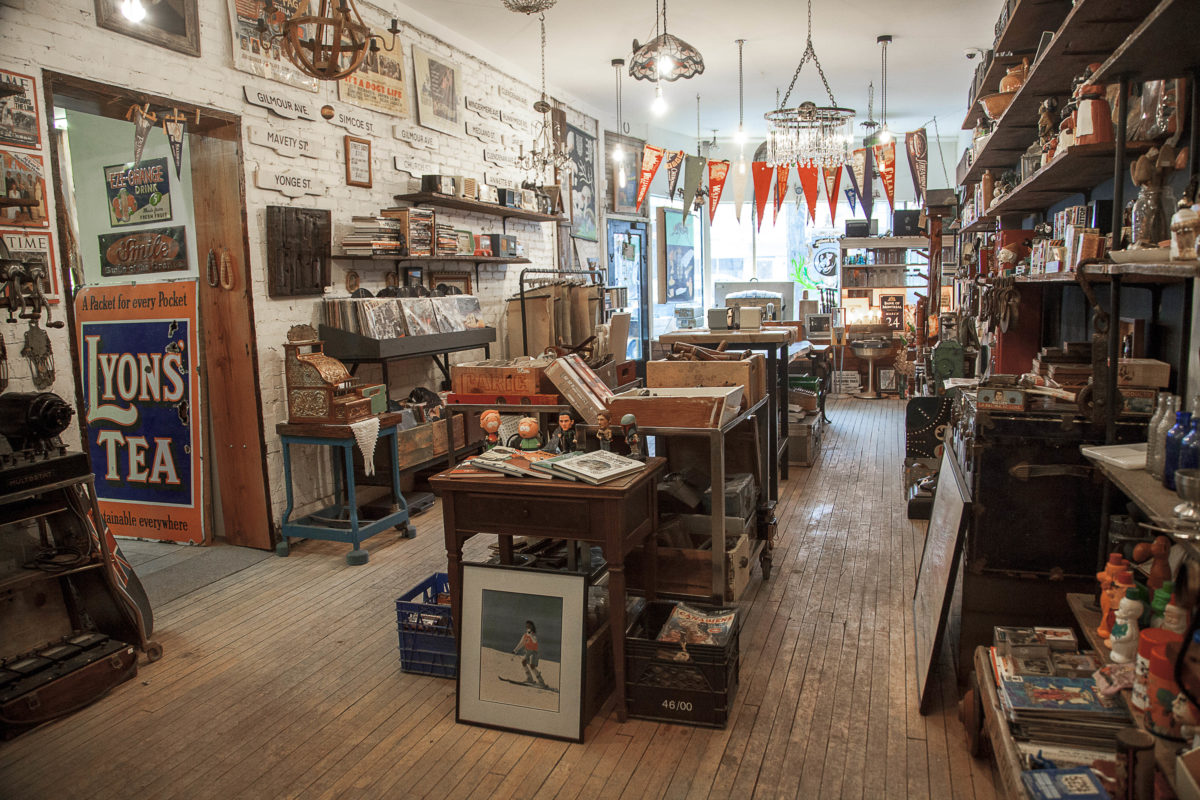 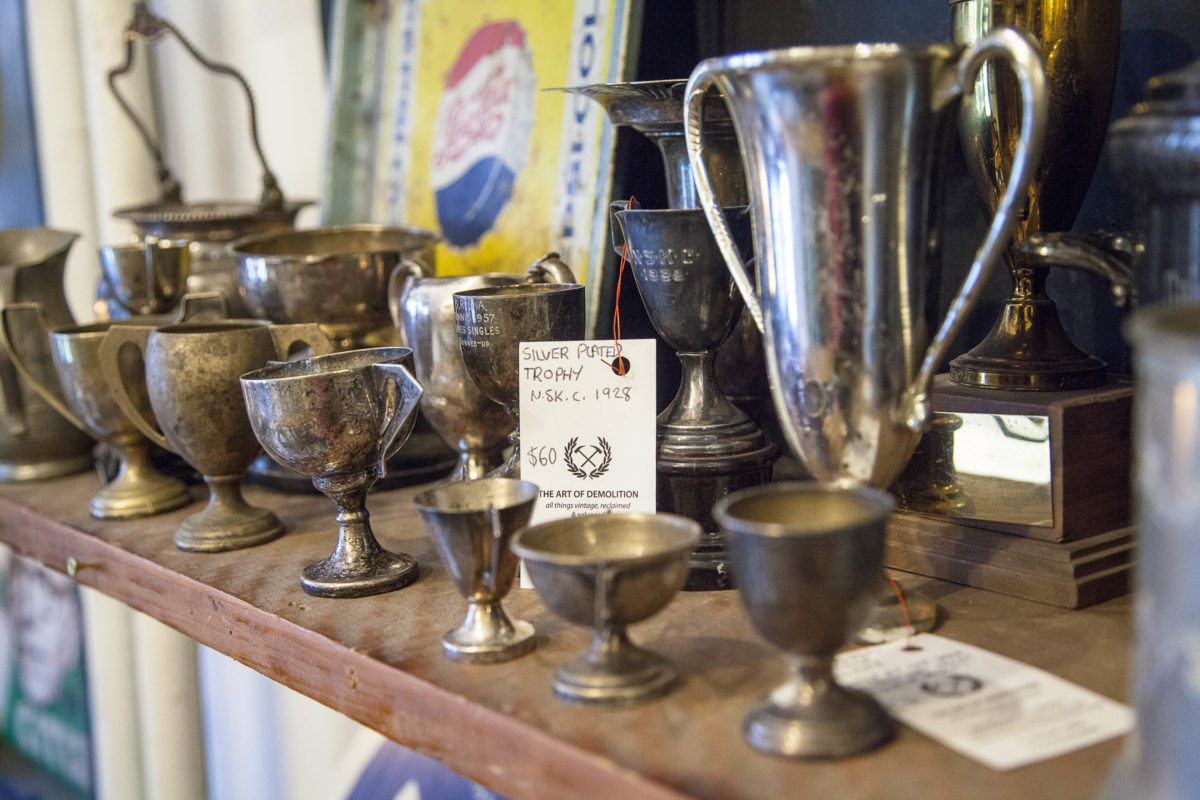 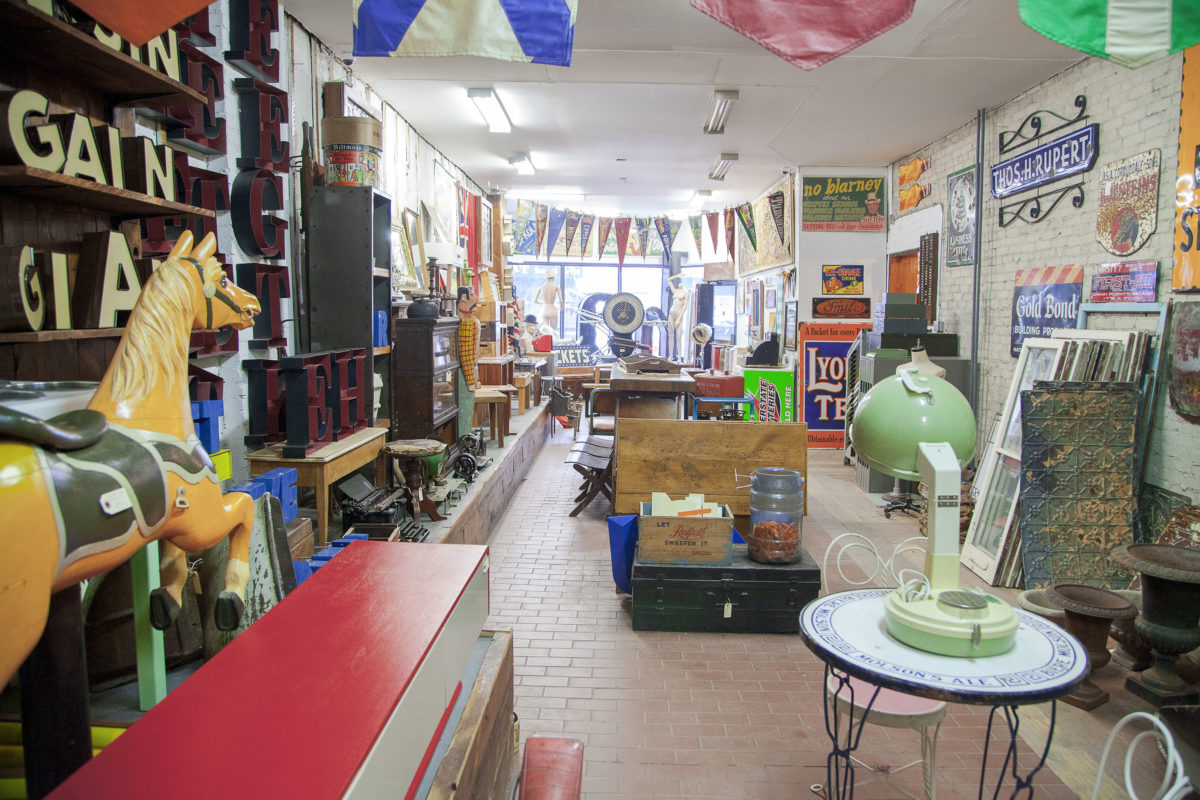 That home has expanded a bit over the years to take in a neighboring shop, and its selection of second-hand oddments is augmented now and then with new furniture – built with demolition-site wood.

We were working in Parkdale in a house and once we'd ripped all the plaster and lath down the family saw the wood and they loved the actual old douglas fir and the beams that were in the house. So I suggested to them 'Hey, I can make you guys a bench or something, so you have a piece of your old house that you can put into your new house.' And they loved the idea, so that's what we did. We built them a bench and a table that they put back in their brand-new, modern style house. So that's how that started, for me, anyways. And we've just sort of kept going with it.

The'It' Cromwell mentions falls into two categories: custom work, which you can order from The Art of Demolition (and which will almost certainly involve rescued materials), and furniture that he designs on spec from interesting bits of salvage, and stocks in the store. 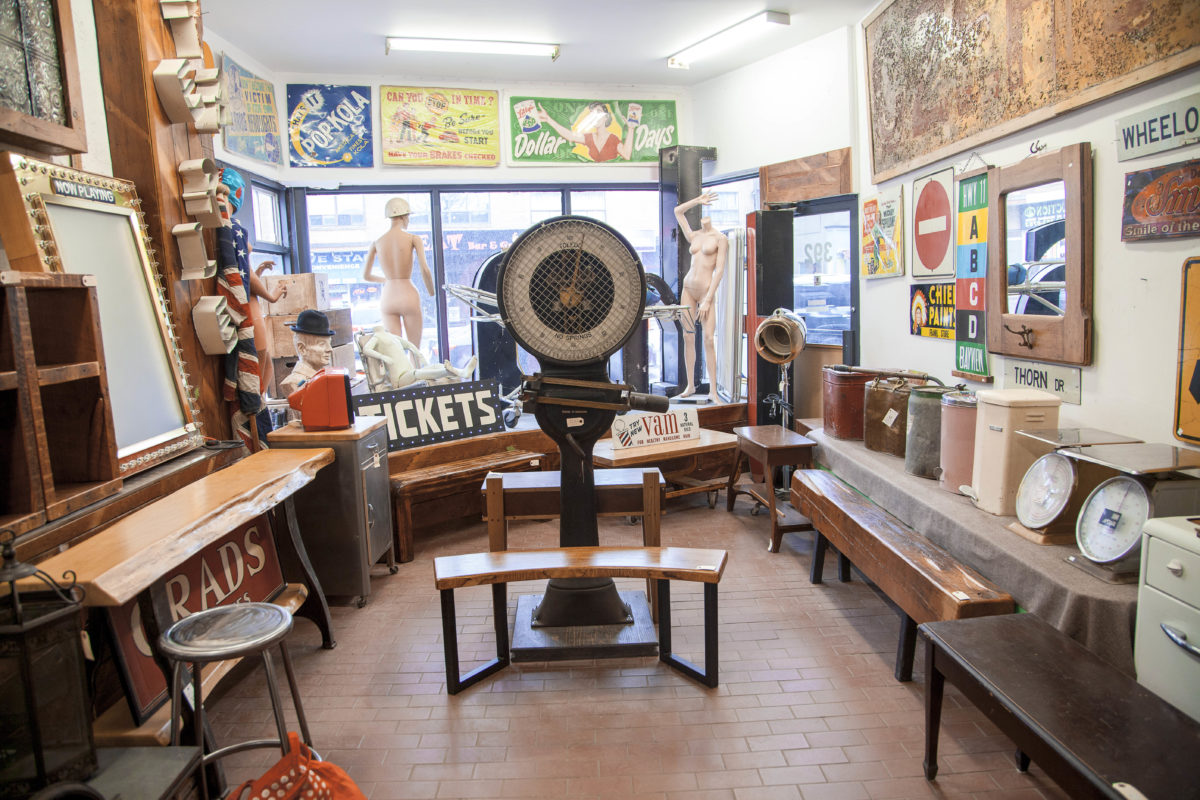 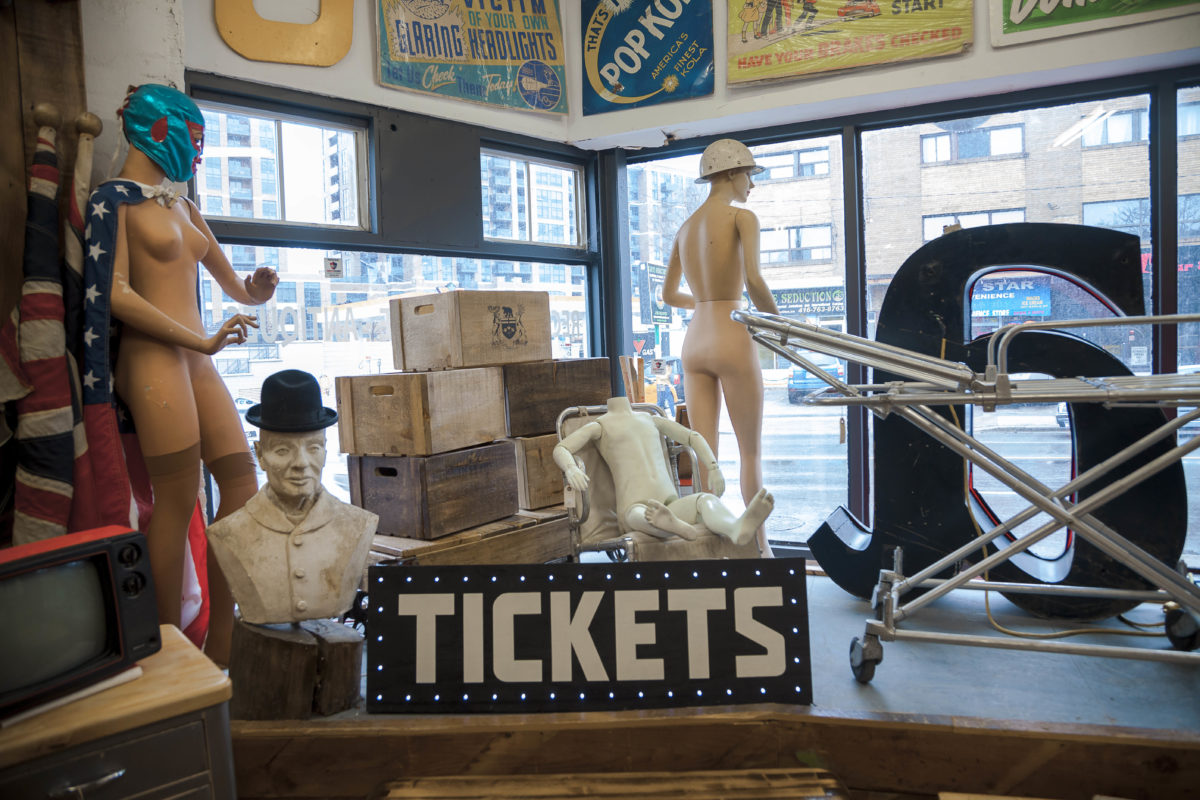 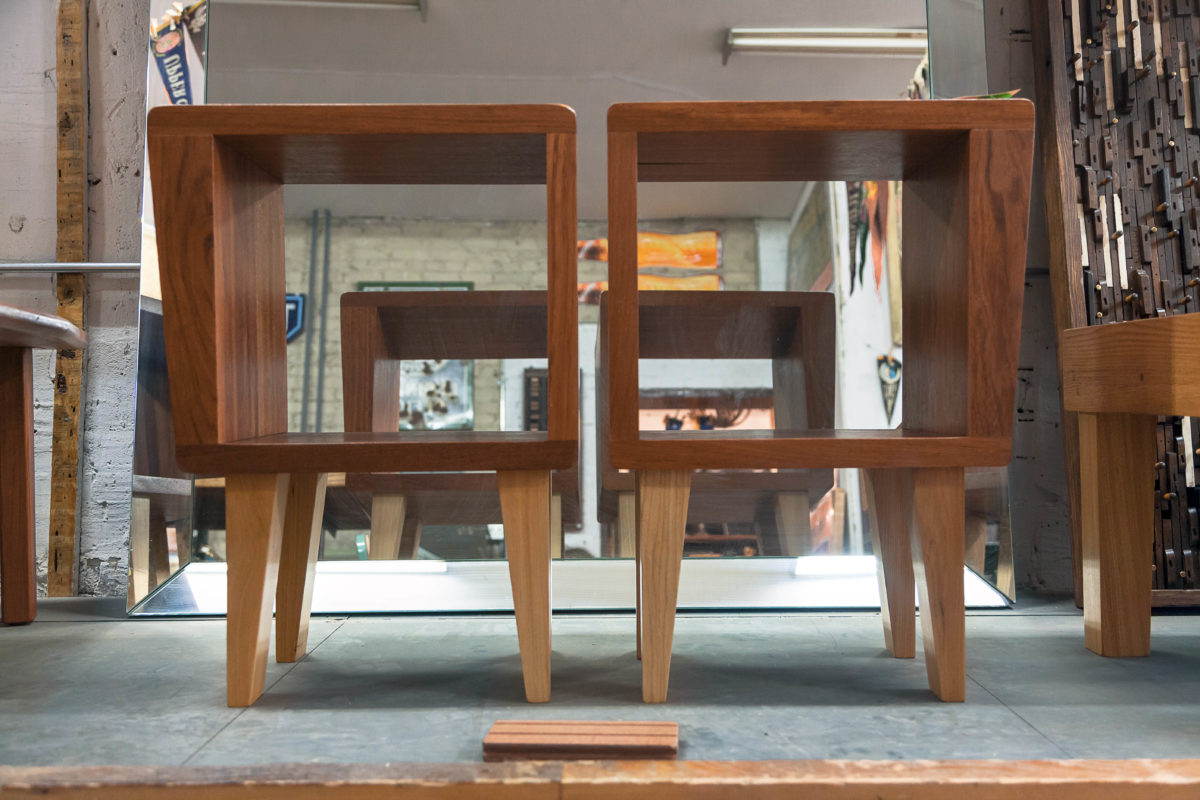 I have a full-time carpenter who works for me as well. So he's in the shop, and we'll sit down on a Monday or a Tuesday and kind of throw ideas off each other. He's really creative, and we just inspire each other. We bounce ideas right off each other, and then next thing you know, we're building a table, or some design.

The result of all this destruction-born creativity is a unique and bizarre assortment of furniture and a million small odds and ends. Drawer knobs, flags, old books, records, comics, magazines, toy cars, and old cash registers share space with more conventional pieces such as chandeliers, shelves, giant letters, and tables. 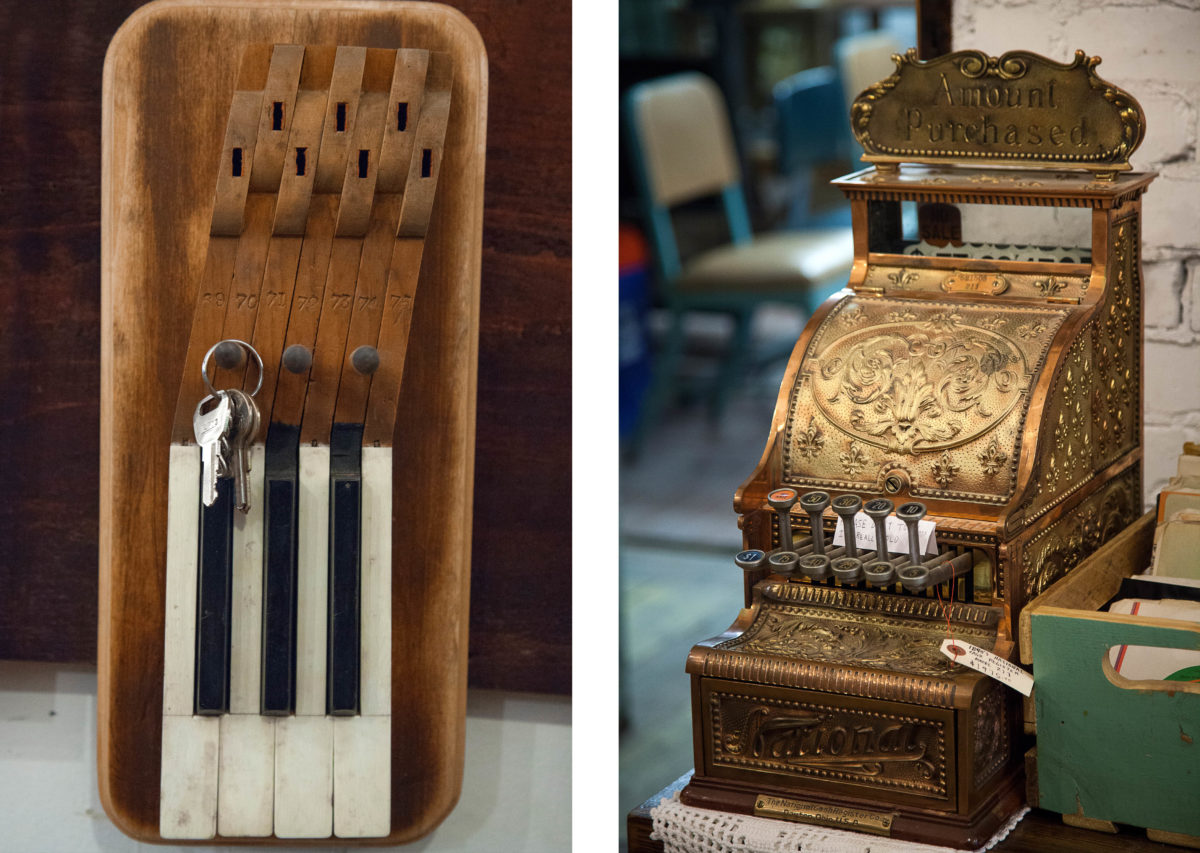 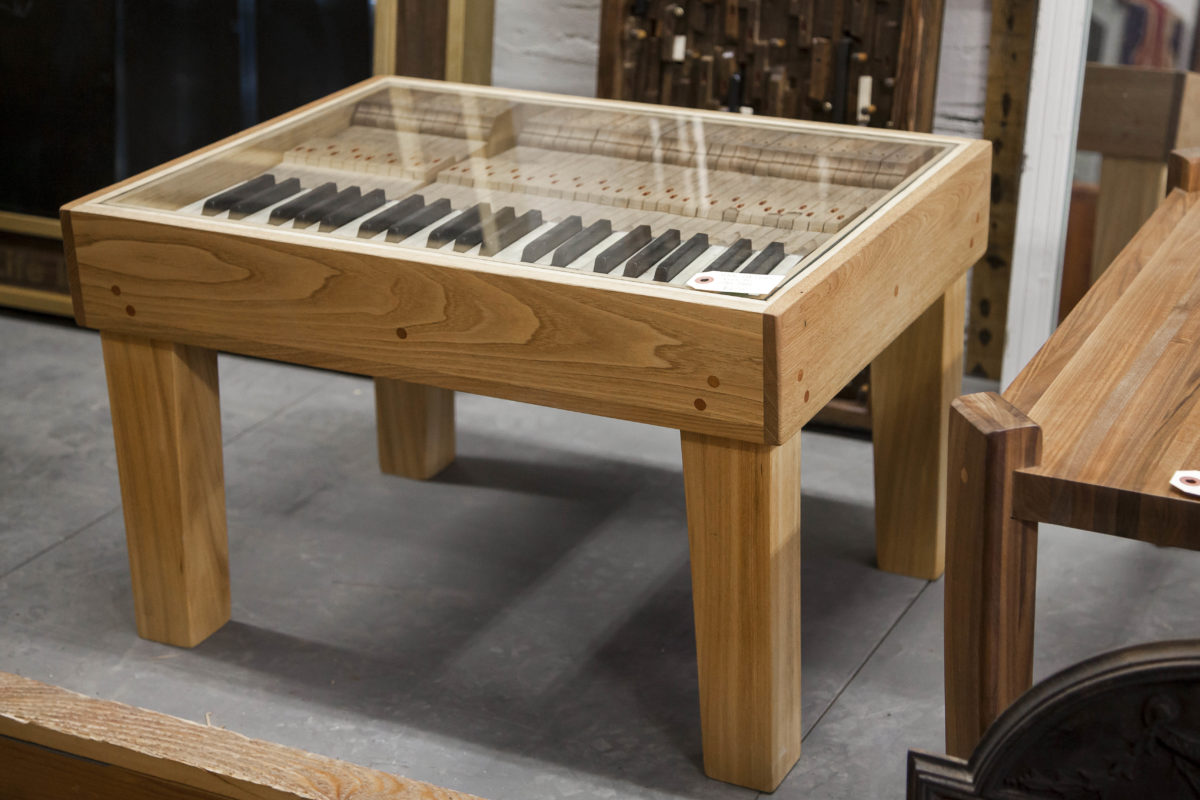 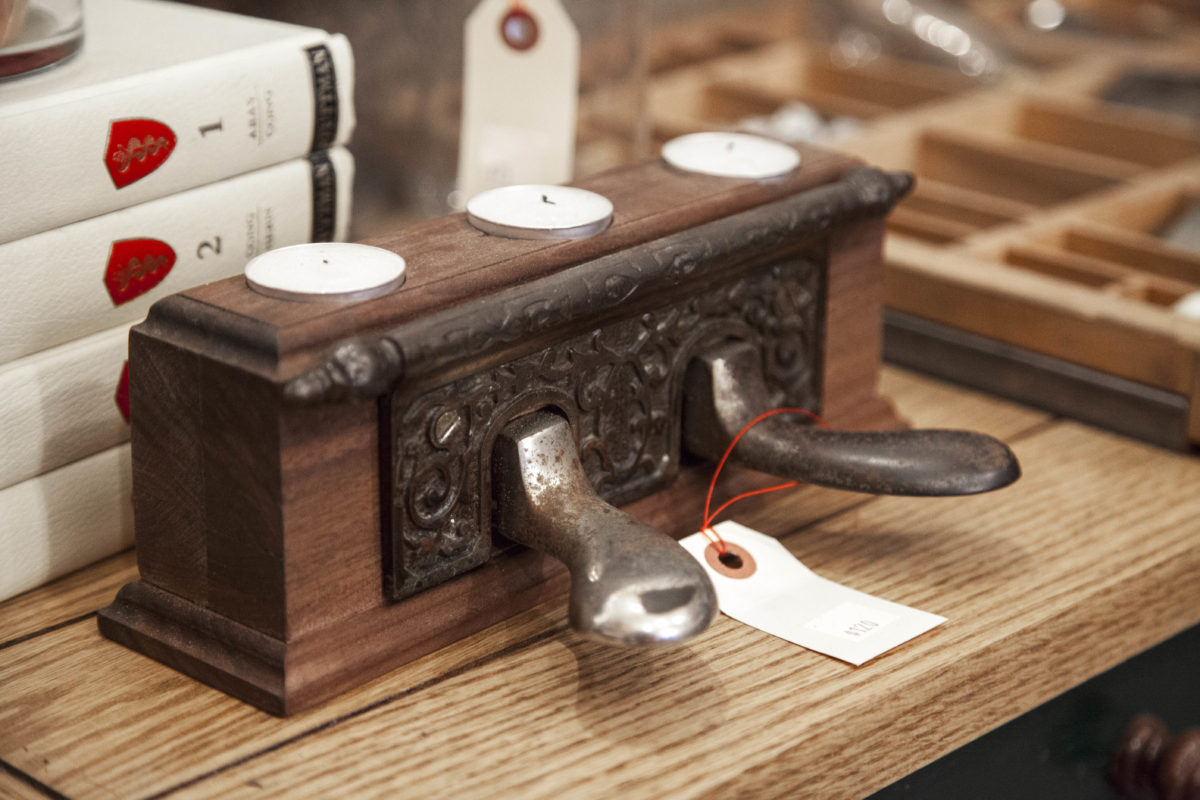 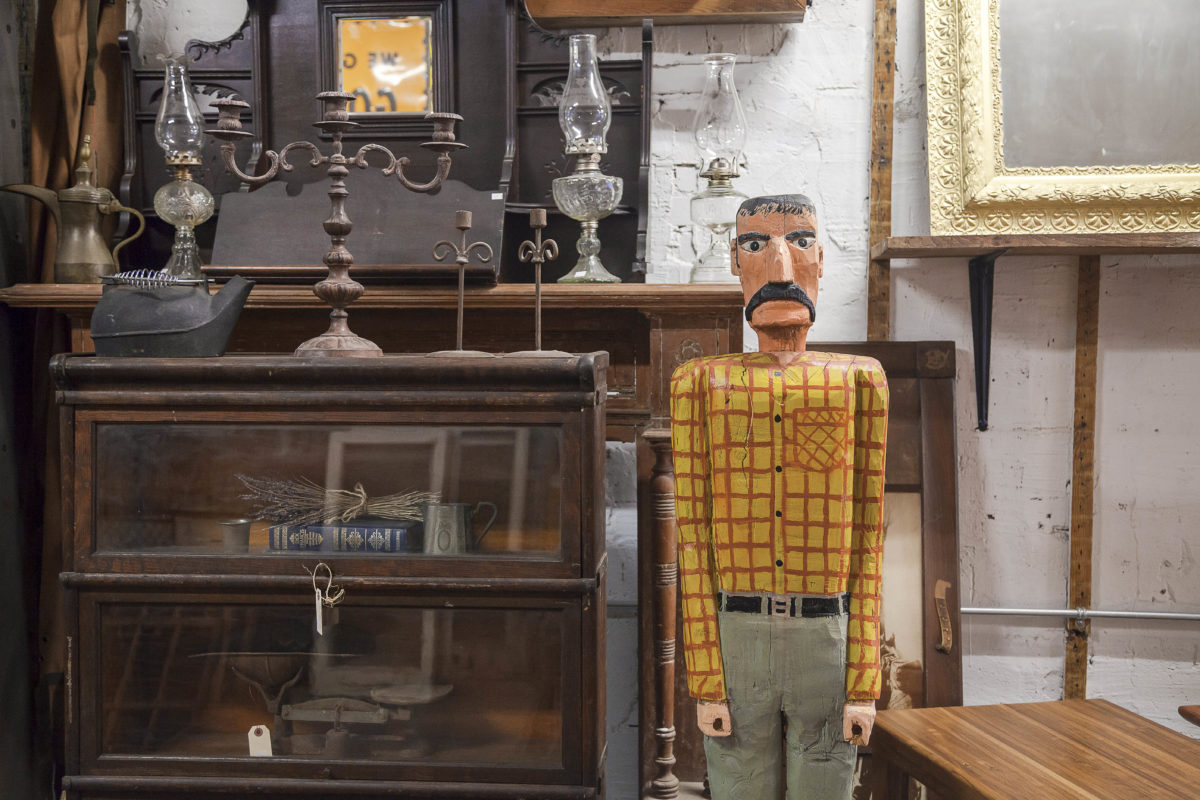 Of course, strange and intriguing collections of the pre-owned are a bit of a neighbourhood specialty now. Having been familiar with the area for a long time, Cromwell remembers when the Junction was "a pretty slimy place", but in recent years that slime has been washed away by money and human activity, to be replaced with antique chairs and novelty lamps.

There's another vintage and salvage shop across the street from The Art of Demolition, and there are several more around the corner on Dundas. The Junction area is rich in vintage furniture and other historical flotsam, and while some locals may have been "kind of sour" when yet another antique-type shop opened up, Cromwell doesn't see them as rivals so much as enhancements.

I think it brings people – like more families and people – to the neighourhood, if anything, because they hear about all these cool little shops around, so they tend to flock to the Junction to look for these kinds of stores, because they know they're here. So I think it brings a lot more people around. Honestly, that's what I believe. 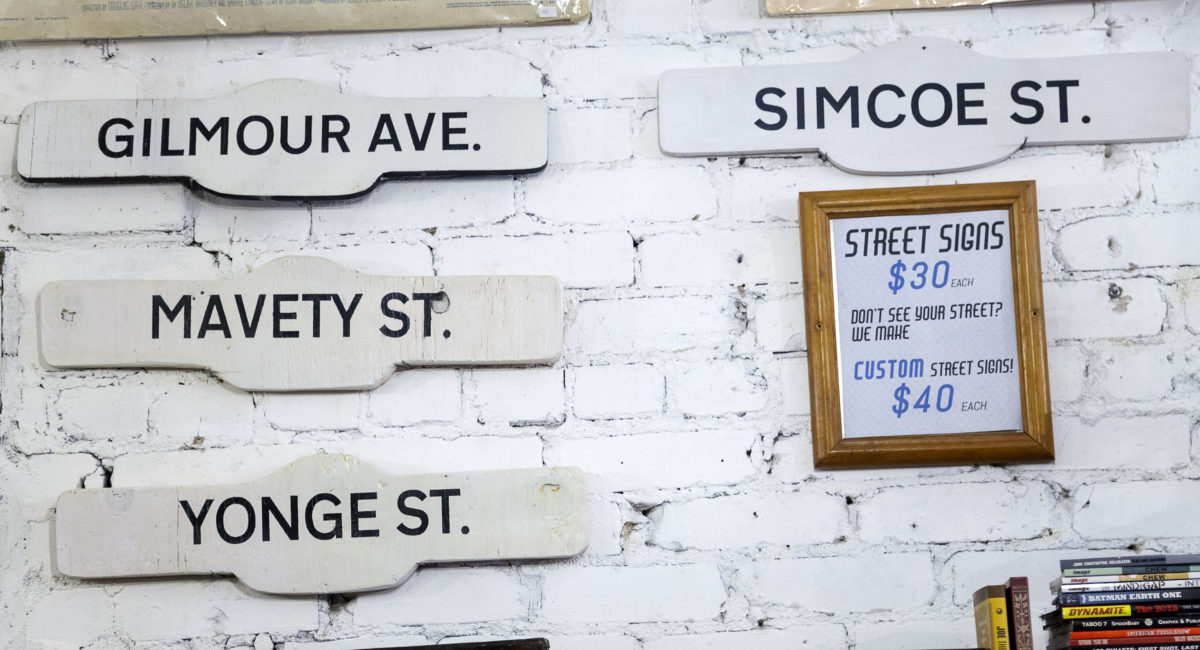 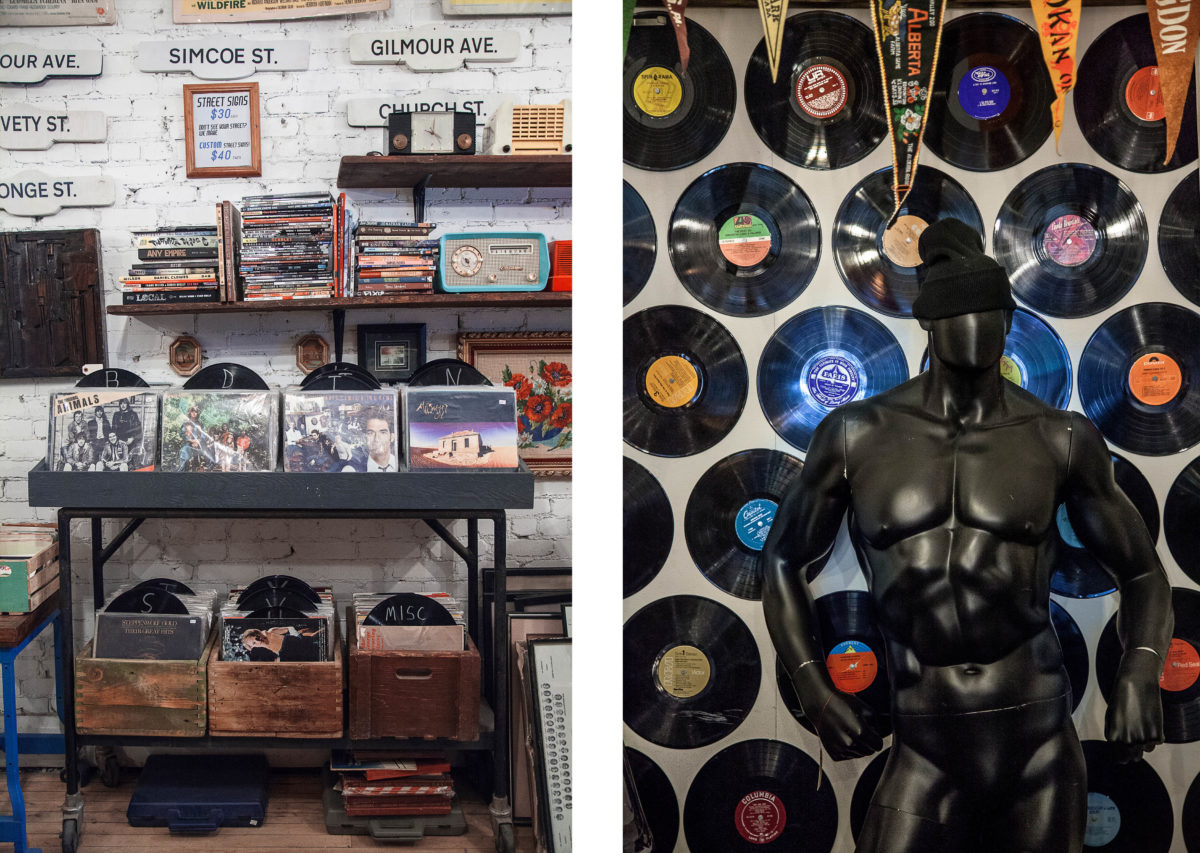 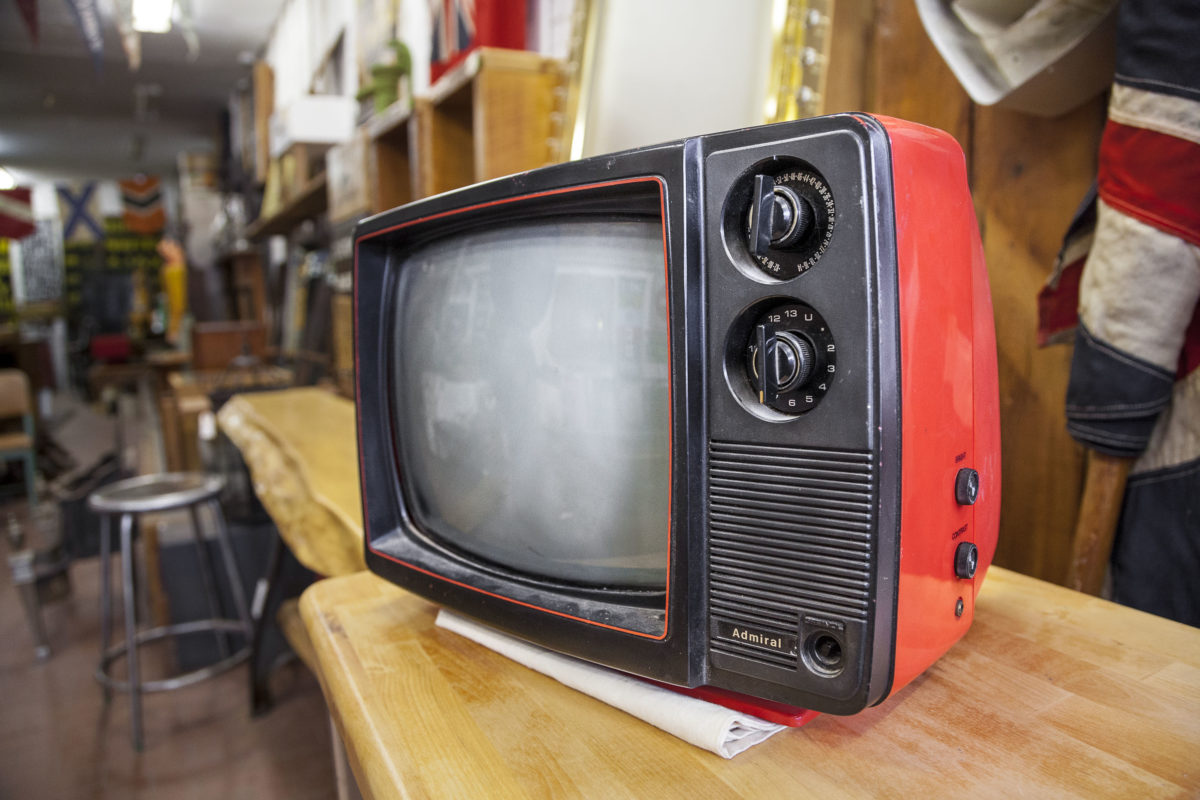 Some competition is inevitable, but it seems to be of a somewhat friendly variety – at least where Cromwell is concerned.

There is a bit of competition for sure, right, because a lot of people do have the same things, but I'm pretty open... Like, there's Williams right across the street from me, and Clayton [Clayton Williams, co-owner of Williams Design] and I are friends, so if I had something similar to him, I would call him and let him know 'Hey, I have thirty church pews that we're salvaging'. He would tell me that he had some, he would let me know what he was selling them at so I can kind of price match with him. Just so I wasn't undercutting him or anything like that. 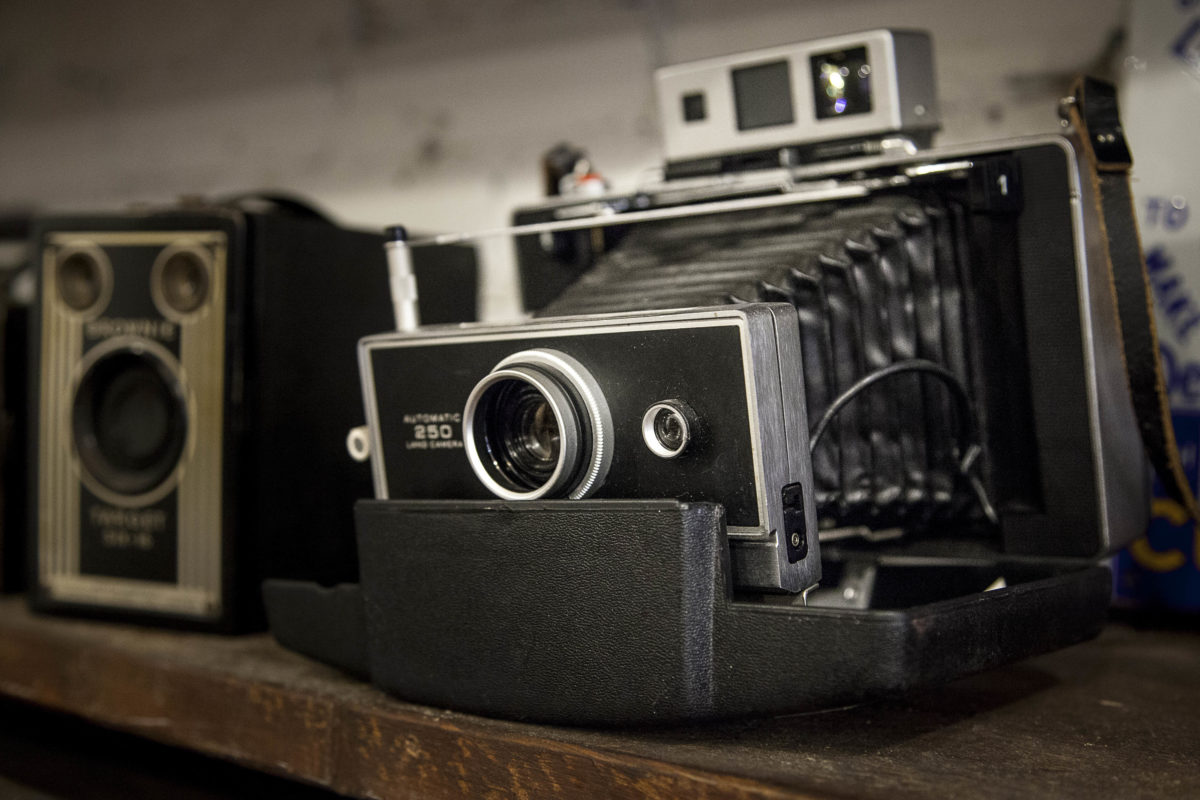 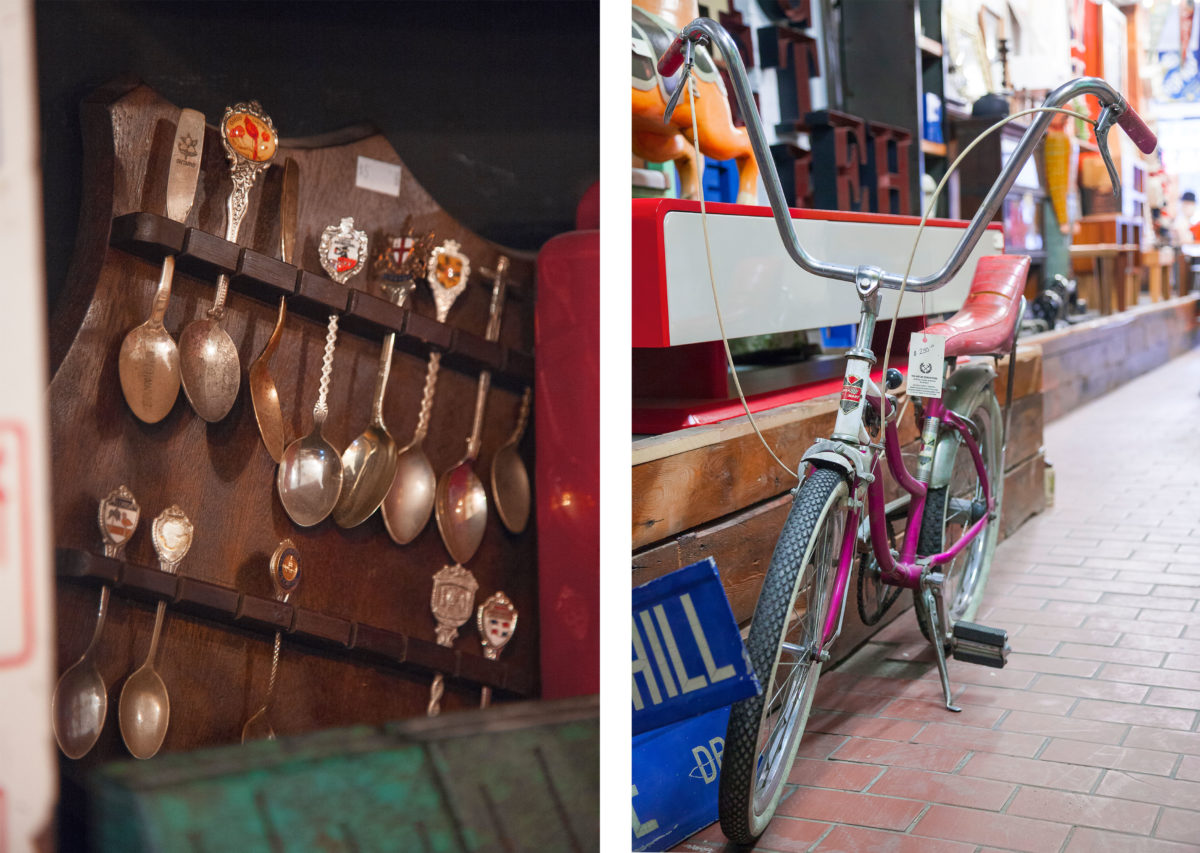 Having said that, undercutting someone somewhere is sometimes hard to avoid when most of your own stock has been acquired free of charge.

It is difficult for me in a sense to price match with everybody in the neighbourhood because essentially I'm getting a lot of the stuff for free. It's free salvage. So I'm much more likely to negotiate pricing on stuff when it comes in. There's times when I've just given furniture away to people. It's harder for me to just be like, asking these huge numbers for something if I just picked it up from a house that we're just about to tear down. 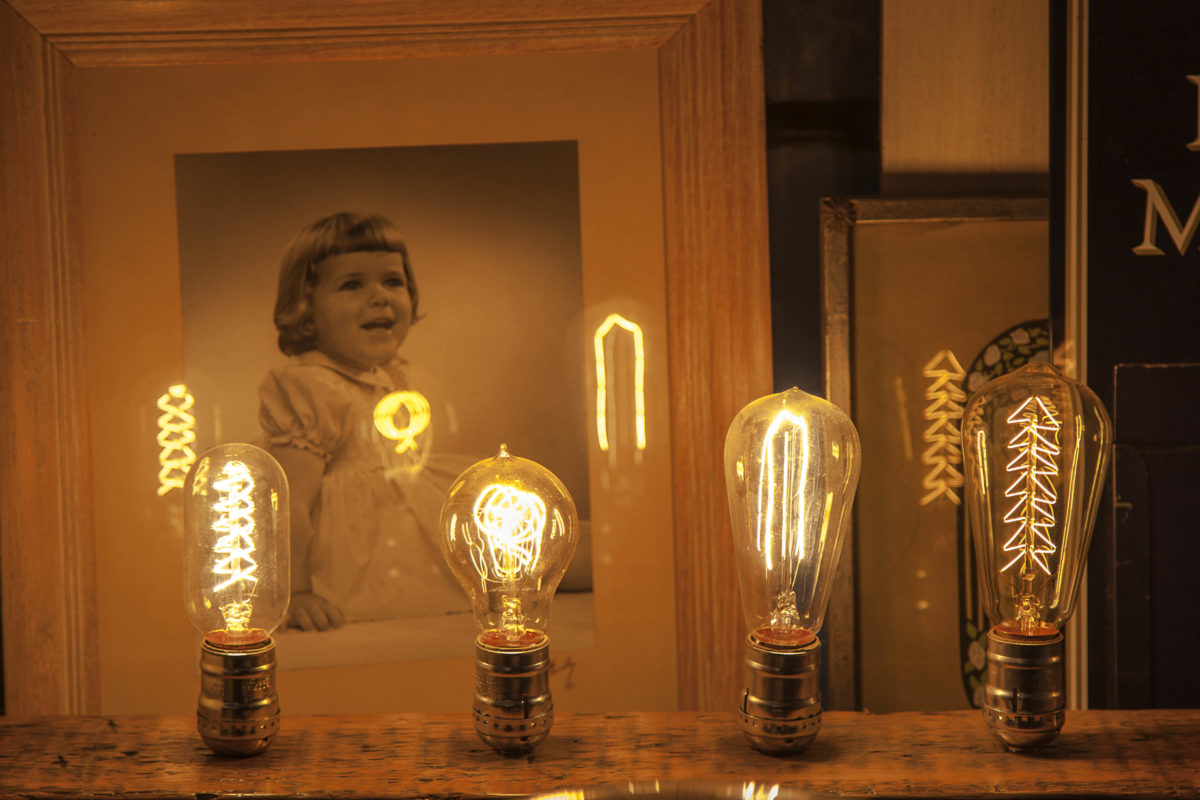 Besides this somewhat relaxed approach to pricing, The Art of Demolition also stands out from its other Junction neighbours by its focus on the small and personal, as well as the large and wooden. Apparently, the place is often visited by people 'dressing' movie sets, and it's easy to see why. When I visited, there was a fair-sized collection of postcards and personal photographs – items for which Cromwell is always watching.

I still don't get the whole buying other people's photos thing. But people love them. People love them and that's definitely something that I look out for. We have a lot of customers that come in and they like reading old letters – like I found a whole bunch of letters from a family. I guess their husband and father was in World War One, and he was a cook. And he kept a journal of what he was cooking and serving. I found his discharge papers and his journals, and brought them in, and a lady bought them all and gave them to a museum. She loved it. She was like, in tears reading this stuff. And it was pretty neat to find it. It was really really interesting, but I'm happy she found a home for it as well. 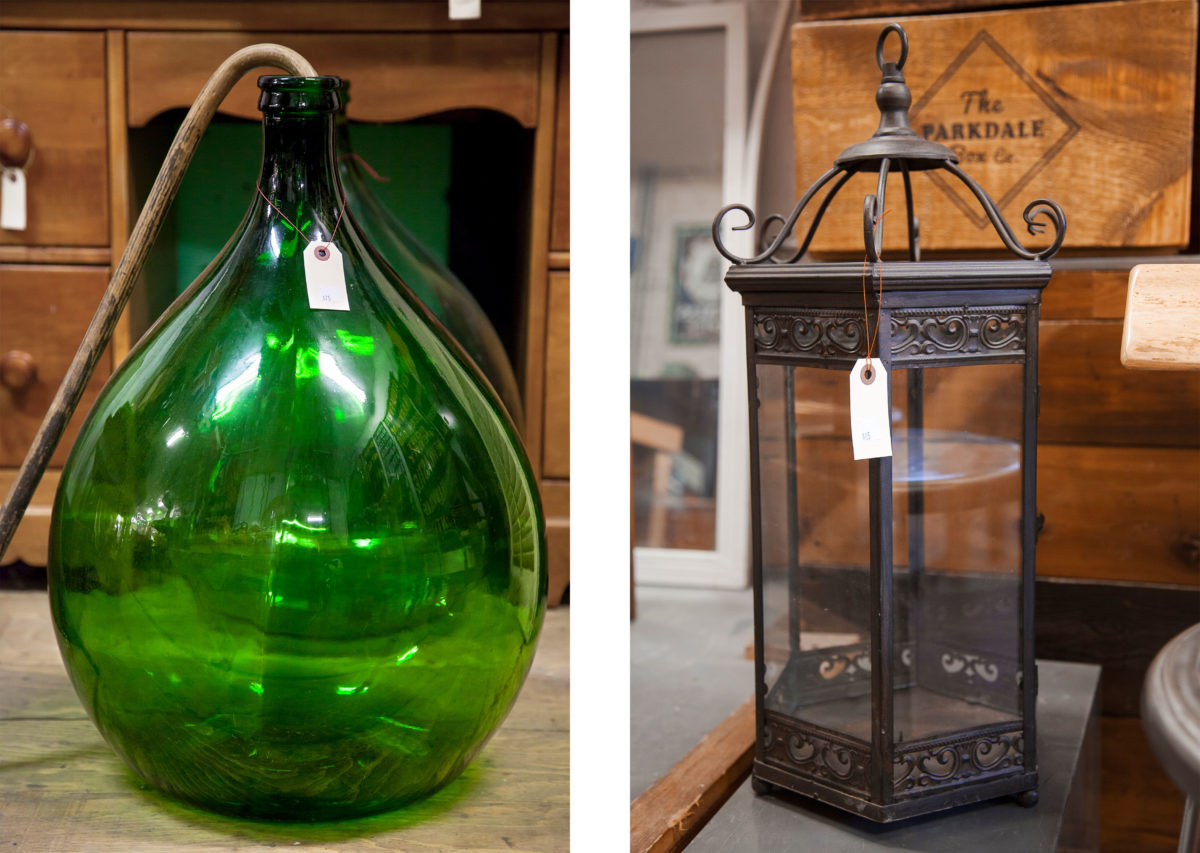 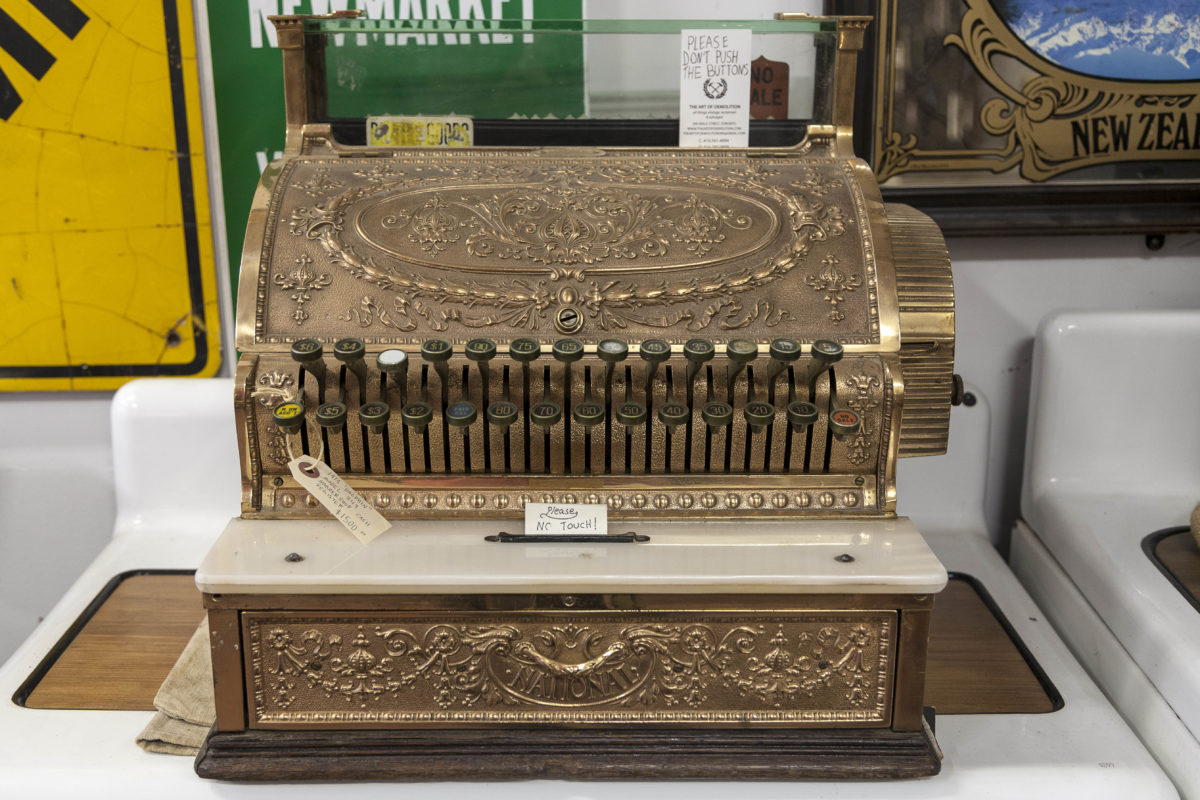 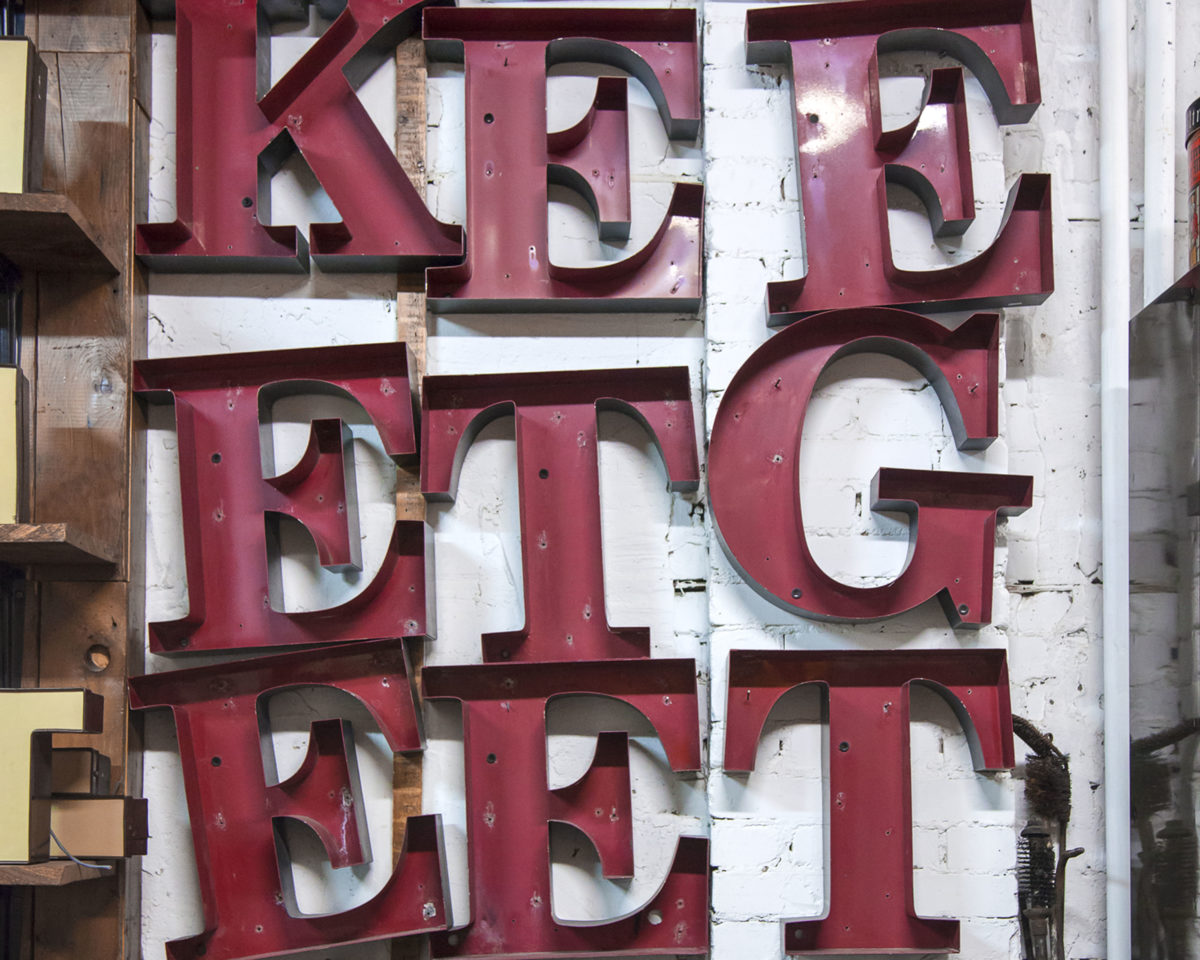 Other notable items in Cromwell's current collection include the original 1924 sign for a popular Queen street deli, and a large, somewhat Victorian-looking machine that I admired on my last visit. When I asked him about it, Cromwell told me that he'd found in Lindsey.

We were tearing down a barn. And there it was, just in the back of the barn, covered in dust... I had no idea what it was. I just popped it out, cleaned it up, and I was like 'This is so gnarly'...I looked it up, I couldn't find anything on it online.

The mystery device was eventually revealed to be an old electroshock therapy machine, and Cromwell found its age and character irresistible. 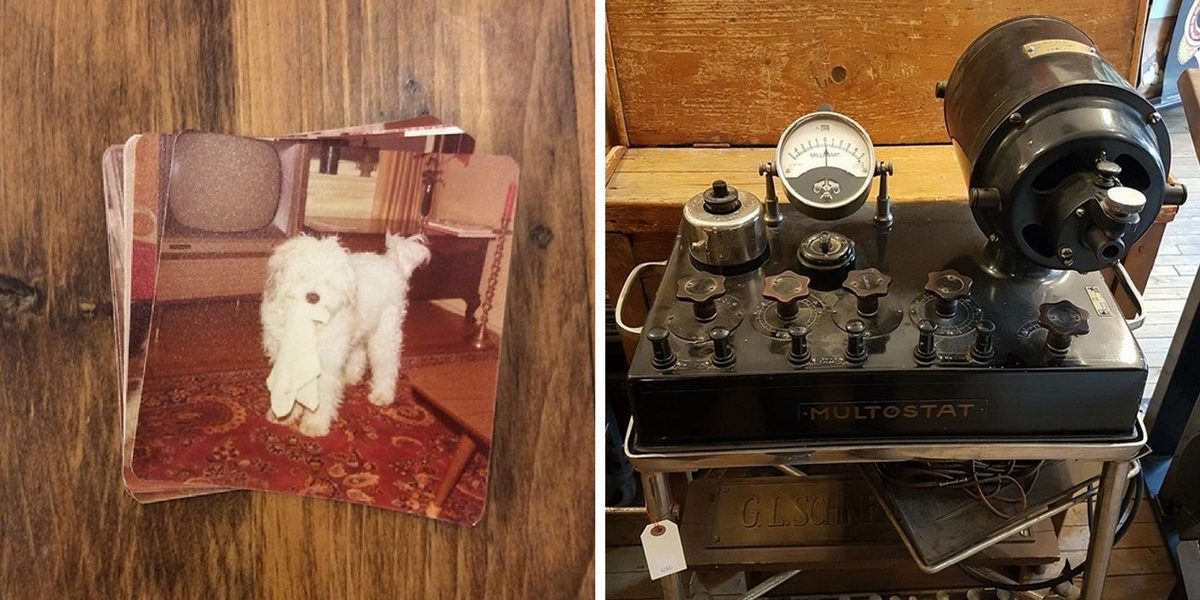 I wasn't even selling it at first. I was just like 'I'm going to keep it at the site'. I couldn't bring it home.. But that's the other thing too, about having that store, is when I find stuff I get a connection to it. So I'm like 'oh, that's not for sale.' I'm not selling it because I want to enjoy it too, but I don't want to clutter up my house. So I kind of go to the store and have all these neat things over there.

And now, all those neat things can be yours....

One comment on “Vintage Furniture Stores in Toronto: The Art of Demolition”