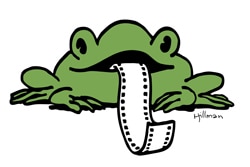 Environmental movies are among the most effective ways of drawing attention to the sensitive issue of environmental degradation. They usually cover a wide range of genres, and the format is not limited to the documentary. Some of them are far from the Hollywood style, while others are rather mainstream films. Their overall annual production reaches high numbers. If you are lost in the rich offer or hesitant about which to pick up, you might find an inspiration from the best movies of EFFY 2011, the Environmental Film Festival at Yale, as well as in the offer of highlights of the 2012 DC Environmental Film Festival, which will take place in March 2012.

This documentary by Ian Cheney is based on the symbols of the night sky and darkness. The director of this movie reveals his passion for stars and astronomy. The film begins in a melancholic way and continues unexpectedly rapidly. Apart of the pollution problem, which is the main focus of the film, psychological and social aspects of environmental issues are represented through the handful of interesting characters. Watching the 80-minute film will take you into the shadowy world of astronomers, biologists, cancer patients, researchers, light bulb owners, and animals, whoa re more than puzzled by the light pollution and the way of city life in general. Austin reviewers wrote that the movie "has an almost therapeutic effect." The film was awarded a jury price in EFFY 2011.

This short film also honoured by the jury of EFFY 2011 tells the story of the Transition Movement through the example of the town of Totnes in England. Rob Hopkins, founder of the Transition Movement, explains the benefits of community resource management, striving for sustainable development using local food and energy production. The successful and persuasive example of Totnes should serve as a motivation for all neighbouring communities interested in smart solutions to combat climate change along with saving some money.

A contender for the EFFY Audience Award according to the number of ballots distributed to filmgoers of the festival, YERT is a road trip documentary that follows the adventures of three young people. These twenty-somethings decide to travel through the U.S. over the course of one year, determined to find out more about climate solutions. The main characters are themselves producers of the movie, Ben Evans and Mark Dixon, accompanied by Ben's wife, Julie Evans. Their story is based on the true developments of a journey that changed their ordinary lives and cost them their life savings. However, the personal and material sacrifice was obviously worth the final outcome achieved through the film. 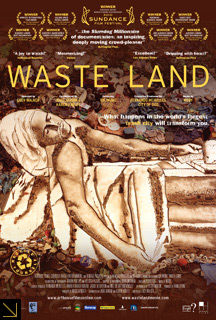 Another EFFY Audience Award winning film, Waste Land is a 2010 documentary directed by three people of different nationalities. The making of this highly appraised movie lasted three years. In the centre stands a successful artist called Vik Muniz who sets up for the journey from Brooklyn to his homeland, Brazil. The movie focuses on the issue of *Jardim Gramacho, the "waste land" and the world's biggest garbage dump. Muniz finds his inspiration in taking pictures of catadores â men who make their living by hunting the recyclable items. As Muniz gets to know them better, the metaphor between the environment and their lives is revealed.

This nature documentary produced by DisneyNature centres on two cat families and the everyday (non)routine of spectacular lectures in which cubs are taught what it really means to live in the wild. The film is an attractive mixture of real-life love, gentle humour, and the incredible determination of these animals who are constantly being tested to prove their surviving power on a daily basis.

The inspiration for this film lies in the wish ofDr. Sylvia Earle, a renowned oceanographer, titled a "Living Legend" by the Library of U.S. Congress. It presents her work and simultaneously depicts the blue beauty of the world's waters, pointing out the dangers threatening oceans, which are mostly human caused.

Sun Come Up is a short documentary that depicts the effect of global warming in the Carteret Islands of Papua New Guinea. The inhabitants abandon their homes as a result of increased sea level threatening the agricultural conditions of their home. The movie takes a thorough look at their painful decisions and complicated struggle with environmental changes in a heartwarming way. 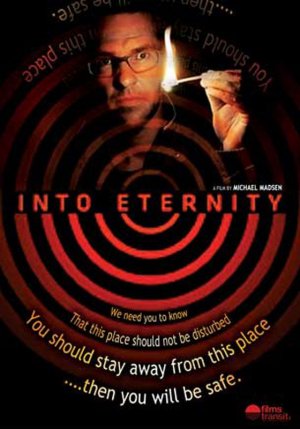 Into Eternity Poster
by Wikimedia Commons

This 75-minute long documentary on the safety of nuclear waste and its storage explores the reality of the world's first permanent deposit of nuclear waste, located in Finland. A complicated system of underground tunnels serves as a place where high-level radioactive waste from nuclear power plants is deposited. The substance remains hazardous for a minimum of 100,000 years. The movie presents a frightening and pessimistic outlook on digging deep into the earth for this purpose.

Nostalgia for the Light

Written, produced, and narrated by Patricio GuzmÃ¡n, the film is a passionate meditation on both morality and metaphysics illustrated through the fate of the Atacama Desert in northern Chile. Situated on the side of the Chilean Coast Range, it is one of the highest deserts and driest places in the world. It is even possible to spot Atacama from space as a brown spot on Earth. There are places hidden inside where no rainfall has been ever reported and everything is preserved without moisture. GuzmÃ¡n pays attention to the local traces of pre-Columbian civilizations. The film also mentions the concentration camp established in the 1970s during the regime of General Augusto Pinochet.

Stories from the Gulf: Living with the BP Oil Disaster

Released for the occasion of the one-year anniversary of the BP oil disaster, this movie aims to remind us about the frightening impact of the catastrophe. Life along the Gulf of Mexico, where the accident happened, has not returned to its previous conditions yet, and oil still comes in at regular intervals with the tide. The stories presented includes the people who lost relatives, jobs, money, homes, and a healthy environment as a result of the industrial oil spoil.