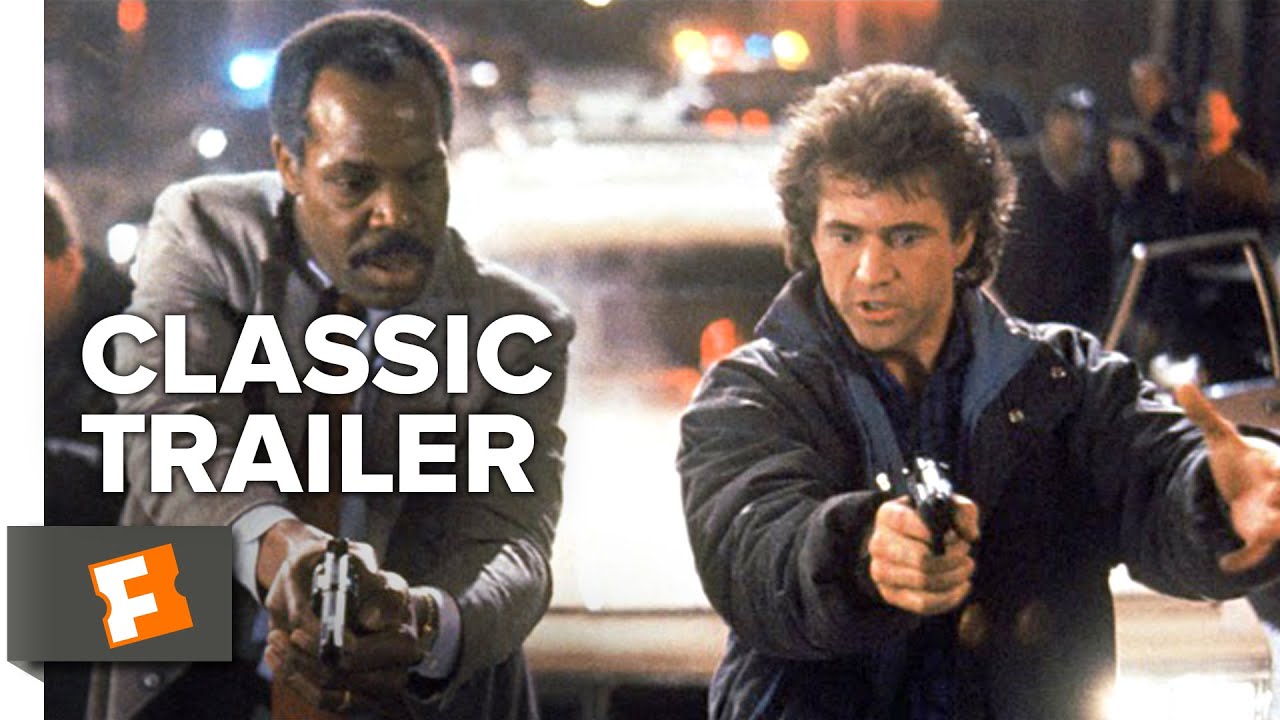 The third installment in Richard Donner's 1992 buddy cop dramedy gets right back to the signature antics and quick back-and-forth dialogue the franchise is known for, set at times visibly, other times subtly, against the backdrop of Florida's fifth largest city by population. Though that's not what we're lead to believe. As Riggs and Murtaugh (Danny Glover) are busted back to patrolling a beat after cutting the red wire, they stumble upon an armoured car heist conveniently in progress outside police headquarters. The name on the car service? Kase Armoured, Los Angeles, California. And so we quickly, if not clearly, learn that we're actually meant to be in LA. More on this later. 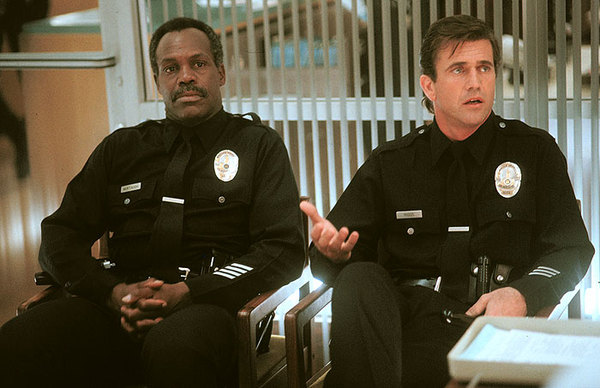 The film rekindles a bygone era, of Pearl Jam, Nirvana, big hair, smooth criminals, rebellious yet duty-bound cops, and overly set up sitcom style scenes with slightly eye rolling humour. Considering the antiquity, the Jeffrey Boam dialogue actually moves quickly, with the Abott and Costello-esque Riggs and Murtaugh offering scene after scene of cocky, fast paced lines that might just roll off the tongue a little too quickly. That being said, it's entertaining. And the action, while a little staged, follows suit as both Riggs and Murtaugh just happen to stumble across (and foil) multiple felonies-in-progress, you know, as is wont to happen to average cops. 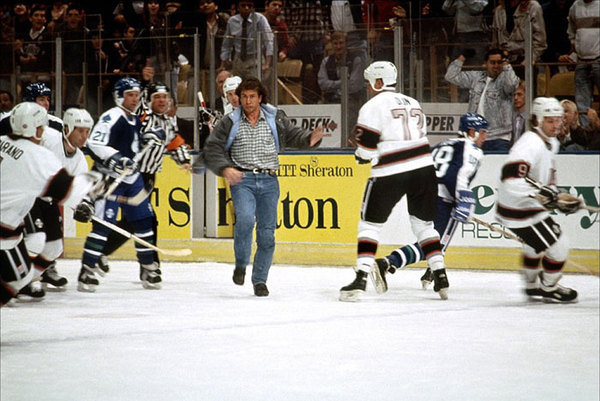 Forty minutes into the movie, our beloved characters chase down a suspect believed to frequent a hockey arena—and by the teams involved (the LA Kings and the Toronto Maple Leafs), it's assumed that the backdrop is indeed Los Angeles (meant to likely be the Forum which predates LA's current Staples Center), though interior shots reveal only a generic looking NHL hockey arena. As the film was shot in Orlando, we might presume the sports center is actually Orlando Arena (thereafter Amway Arena and now the Amway Center), but again, from the interior it's hard to tell. Since Orlando has no NHL franchise, and the film predated Florida's current Panthers' franchise, we can also assume that the Kings and Leafs would not make the trek to sunny Orlando to play a regular season game. Regardless, Riggs gives us a highly entertaining on-ice performance that requires no knowledge of location to enjoy.

As the story unfolds, our buddy cop flick becomes, well, a threesome. Adding the vision of 90s' hairspray, high-waisted jeans, and roundhouse kicking beauty herself, Rene Russo, Riggs and Murtaugh become a well oiled crime fighting trio. Interestingly, the core subject matter—illegal guns and crooked cops—remains a relevant topic even today. As with many films, Lethal Weapon's scene locations serve as a largely nameless, faceless backdrop to the service of the plot. Though with Russo's announcement to a group of shady characters that she's "LAPD" (the first time I heard that throughout the film up to that point), we're convinced full on that we must be among the sprawl of LA. The idea of a "building as character"* isn't played out in LW3 as it is in other films that centre more squarely on a neighbourhood, historic building, or particular city.

While the film's opening old city hall demolition, the presumed Amway Center, Murtaugh's proverbial 90s' vintage suburban home, the antagonist's early show of mafioso power in a new subdivision under construction, and the innumerable car chase scenes all give us a sense of setting, we also get the all too typical locational misdirection with such props as the opening armoured car scene implying an LA address, an LA transit Pershing Square subway stop, and LA Police Department door markings nearing the end of the film. Interestingly, Riggs and Murtaugh's home base and consistent hub of the movie, police headquarters, is not the actual old Orlando PD building, nor is it the LAPD headquarters, which beckons the question: where are they supposed to be? 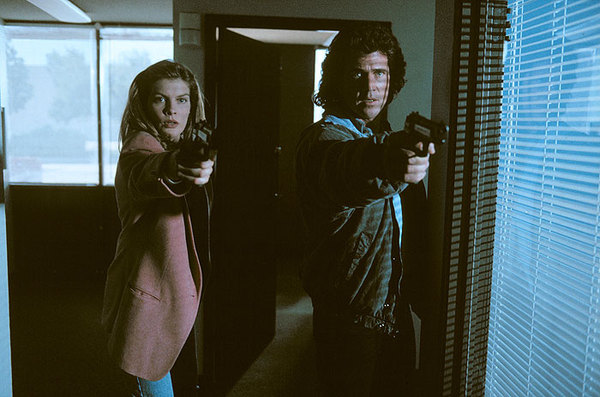 With the sub thread of plot focusing on Murtaugh's impending retirement, we see more emotional development between the usually jovial buddy characters than in the previous LW films, especially with Riggs. Nearing the end of the movie, we're left with a faux sense of tension, wondering if they'll "get their guy", and if Detective Murtaugh will make it to the end in one piece and get his pension. But the ride is certainly fast and furious, and that snappy dialogue never lets up. In the end, Lethal Weapon is a winner. Stilted in places, obviously set up in others, and piercingly eye rolling in still more, it's chock-a-block with loveable characters that exhibit the flaws of humanity, bravado, humour, and the courage (and martial arts skills) we all wish we had in real life. And it's nice to remember when movies had an honest to goodness bad guy that everyone could stand together against.

When it comes to location and backdrop, the plot implies that Los Angeles is the center, yet practically speaking, the viewer is left with an ambiguous sense of where the film takes place. It could be any medium sized city in the middle-to-southern United States, and like so many other films meant to be nestled in Anywhere, USA (many times actually shot in Canada), the details of where the story unfolds take a back seat—albeit a wild and raucous one—to the characters and plot anyway. Entertaining to the end, Lethal Weapon 3 was the highest grossing installment in the franchise and the fifth highest grossing film of 1992. It lead to a fourth and final chapter with an even broader cast including all the LW3 players in addition to comic powerhouse Chris Rock and martial arts legend Jet Li. 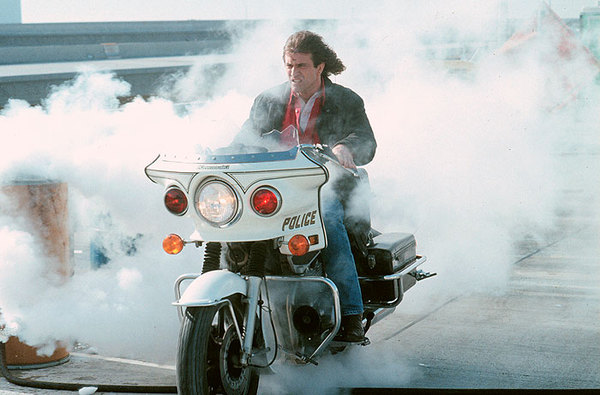 1) Make sure to ask if the house you're viewing has any previous bomb or car-crash induced damage. Like a car that's been painted to cover up a fender bender, home repairs, while sometimes leaving a structure better off than it was, need to be inspected for quality, and affect the value of a house; especially where incendiary devices are involved.

2) If your real estate agent has frosted tips, talks like an ex-used car salesman, and drives a red, top-down, 90s' vintage Chrysler LeBaron convertible, take a few moments to weigh their advice about a property. In all seriousness, when it comes to buying a home, having an agent you trust can make the difference between a quick turnaround and perpetual searching. While our beloved Leo Getz was genuinely trying to be legit and forthcoming, it's important to look for an agent who is reputable, patient, who allows you to like or dislike a home as you choose (doesn't oversell), and who really understands your core needs and interests.

3) Contrary to what Riggs suggests at the start of the film, when it comes to putting your home on the market, a clean home is a salable home. While staging has become a bit of a daytime TV cliche, a prospective buyer needs to be able to envision a space with their own things in it. Clutter and the personality of the current owner detract from a buyer's capacity to do this, thereby reducing a home's appeal and lengthening the time it may stay on the market. It may hurt a little at the outset to remove "yourself" from your own home in preparation for showing, but in the end, it's not about your idea of clean or cute or homey or personalized; it's about the buyer's idea of those. In this sense, it can help to ask your agent for help. An outside opinion from someone who has experience can be extremely helpful. And at some point you have to face the fact that you do indeed want to sell. 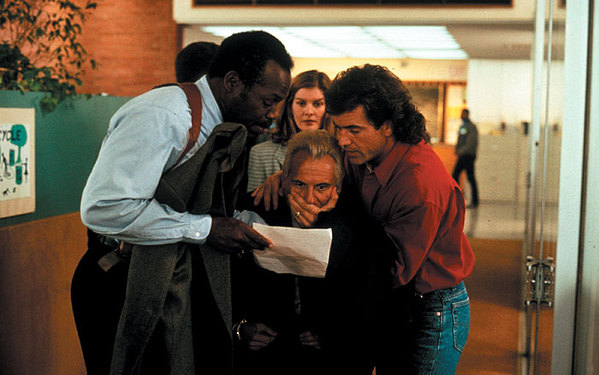 4) If you're looking at a newly built subdivision or condo, take a moment to consider whether a mafioso foreman or contractor—like our slick haired, crooked cop antagonist—has buried one or more bodies in the concrete foundation. While a humorous take on our film's bad guy, cheap construction is far from rare. Modern row and town houses, subdivisions, and condos alike (including renovations to existing properties) can many times be rushed to market, and it's seemingly more commonplace to hear of issues related to quick builds: shoddy finishing, leaks and water damage, elevator malfunctions, electrical issues, fob and security problems. It pays to do your due diligence and learn as much as you can about the contractor and/or building management of a prospective property.