One doesn't become successful at real estate sales without developing a keen eye for the beauty of architecture. Looking at home after home, sale after sale, you develop a strong sense of architectural beauty and style. Modern looks provide fresh, crisp lines and open spaces, where older buildings hold a beauty and a charm of their own. It's with this eye for designed charm you will find yourself finding hidden gems in surprising places. Like "Rosemary's Baby". 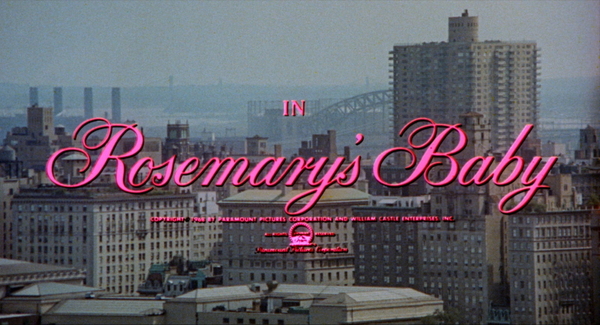 The movie was on TV the other night, and though I'd seen it before I decided to revisit this Roman Polanski film. If you've not seen it, it centres around the young couple Rosemary and Guy Woodhouse (played by Mia Farrow and John Cassavetes) who move into an apartment in New York's Central Park West. Their neighbours initially seem kind and friendly but gradually become more and more creepy and manipulative. Rosemary has a baby but comes to believe that her neighbours are part of a cult.

What makes this movie a winner (and I do recommend it) is the direction. Yes, it's an eerie tale and Polanski perfectly captures the paranoia of the story. Through truly deft camera work, you feel the shift in Farrow's character back and forth as she grapples with her situation of pregnancy, isolation and mental exhaustion. Polanski's use of the Dakota helps provide a building sinister backdrop to the movie, allowing the apartment complex to appear fine in the interim but gradually become more sinister. 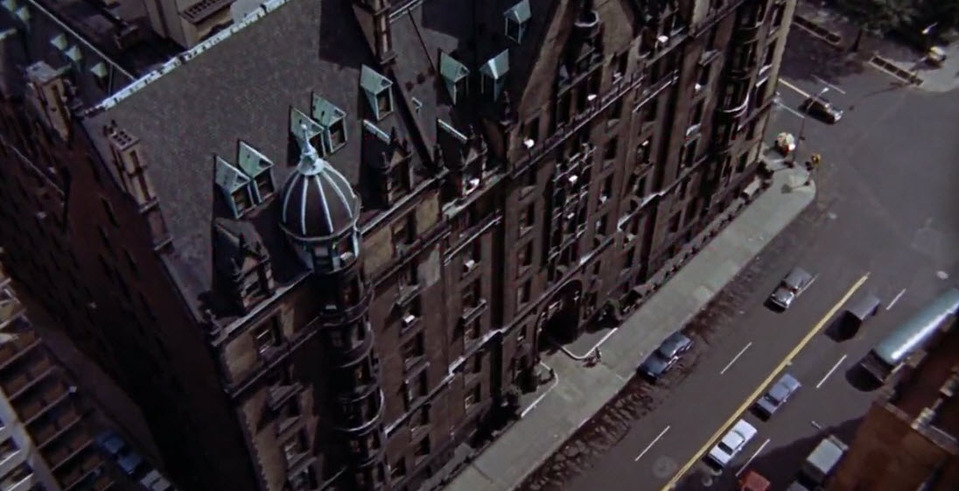 The Dakota apartment building in the movie

The Dakota building (called the "Bamford Building" in the movie) is an actual apartment building that comes with a wonderful history. The apartment complex is a prestigious building architected by Henry Hardenberg and opened in the autumn of 1884. The building is a wonderful mix of design. The outside offers a North German Renaissance feel with deep roofs, gables, niches and balconies. Meanwhile the interior is that of French design which was popular in the 1870s. The main entrance is large by today's standards, offering access by horse-drawn carriages, with stables for the horses. These stables have now been developed into condominiums. 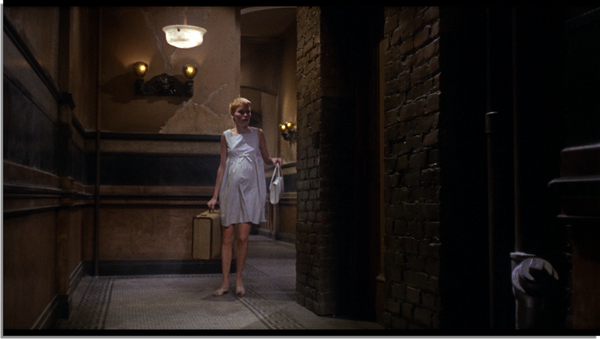 The use of the "building as a character" is as solid as the Overlook Hotel in "The Shining". All of this is combined with riveting performances by a fantastic ensemble cast of some of Hollywood's finest. In particular, Ruth Gordon and Sidney Blackmer pivot between friendly and ghastly with ease in their performances of Minnie and Roman Castevet.

That said, it is Mia Farrow that makes this movie. Farrow careens through different emotions with ease and poignancy. From the innocent subtlety a housewife going through her day, to the joy and concern of becoming pregnant, the worry of only having income from her out-of-work actor of a husband, to the fear of her neighbours and surroundings, Farrow delivers. As we follow the Woodhouse's journey, we see a normal young couple worried about expenses, furnishing a new apartment, and surviving in an expensive New York City neighbourhood. It is this anchored reality of daily life that makes the surprises to come more vivid. "Rosemary's Baby" is almost 40 years old, but it still holds up. Definitely worth a look when you find it during a late-night channel surf. 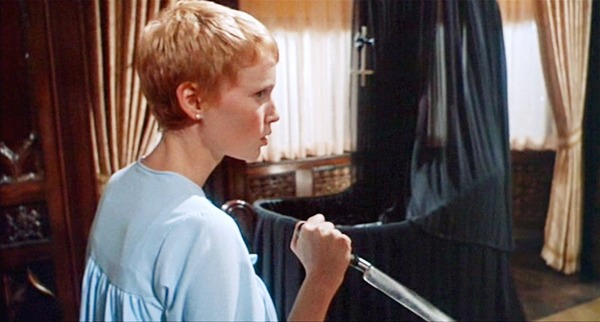 Mia Farrow in one of the most known scenes

But, what struck me most about the movie in a second viewing was the architecture of the neighbourhood and the apartment building in which the movie takes place. I found myself constantly being taken out of the story by the beauty of the building, the apartment and the setting. The last time I went to New York City, I strolled through the Central Park West neighbourhood and the movie took me back to that instantly.

Central Park West is set between 61st Street and 97th Street on the west side of Central Park. The homes, buildings and apartments you find there are a mix of late 19th century and very early 20th century homes. Architecturally, they provide a glimpse of the Old World, with Italian German and Flemish Renaissance design. That alone would make this neighbourhood stand out, but in and amongst the older buildings you will find much Art Deco with flashes of Gothic and Romanesque influences. This is the neighbourhood where "Rosemary's Baby" is set. Rightly so, as the neighbourhood and the apartment building itself becomes one of the main characters of the film.

Main rooms such as the bedrooms face the street with dining rooms and kitchens facing the courtyard. This provides the ability to air the apartment with a cross-breeze from both sides of the apartment; truly unique for the time. Another feature of the building is no two apartments were designed alike in their layout. You can see this in the film as you view the different resident's apartments. Every scene has its own feel and uniqueness because of this. It helps emphasize the sinister nature of the story, in nothing seems familiar no matter where you go. 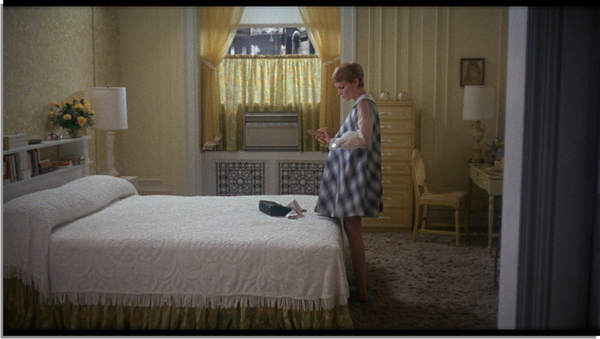 "Rosemary's Baby" is not the only reason the Dakota has become so notable. Notable tenants of the building include Lauren Bacall, Leonard Bernstein, Judy Garland, Gilda Radner, John Madden and Joe Namath. Most famously, John Lennon lived in the building and was tragically shot outside the building's south entrance, providing a site of pilgrimage for Beatles fans around the world. Yoko Ono still has apartments there to this day.

The building was designated a New York City landmark in 1969 and became a National Historic Landmark in 1976. Thinking of moving in? Apartments range in price from $4 million to $30 million. Bring your wallet. 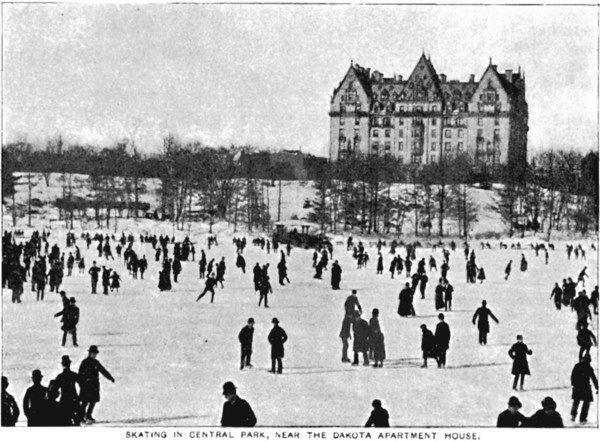 The Dakota in the late 1880s | Source: WikimediaCommons

Indeed you have to be in the mood for a movie as surreal and provocative as "Rosemary's Baby" but if you look beyond the story and look deeper into the setting, you'll find gems like The Dakota that become stars themselves.