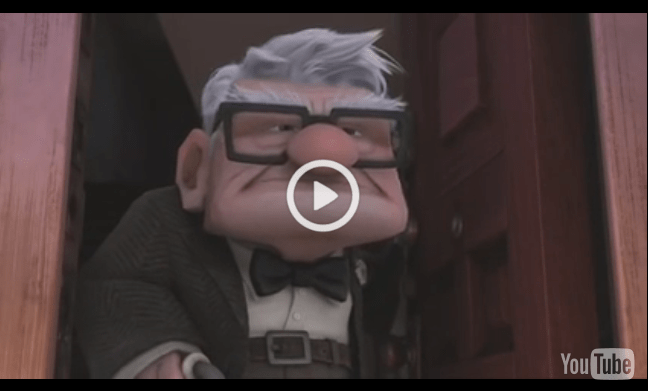 You can pretty much always count on Walt Disney Pictures and Pixar Animation Studios to create films that are great for kids and adults alike, and they certainly did it again with Up. The computer-animated film follows an unlikely pair—widower Carl Fredricksen (Edward Asner) and eager young "wilderness explorer" Russell (Jordan Nagai)—as they set off on an unexpected adventure to South America in a very surprising flying device—a house lifted up by balloons. A couple of cute and quirky creatures join them when they arrive down there to help and hinder them as they are faced with various challenges.

It's a funny and sweet film filled with relatable characters, humourous quips and gorgeous animation. Full disclosure, this film definitely has some sad moments, particularly near the beginning and end. But don't let them get you too down, because the story that is ultimately being told is an uplifting and inspiring one filled with friendship, humour and adventure. 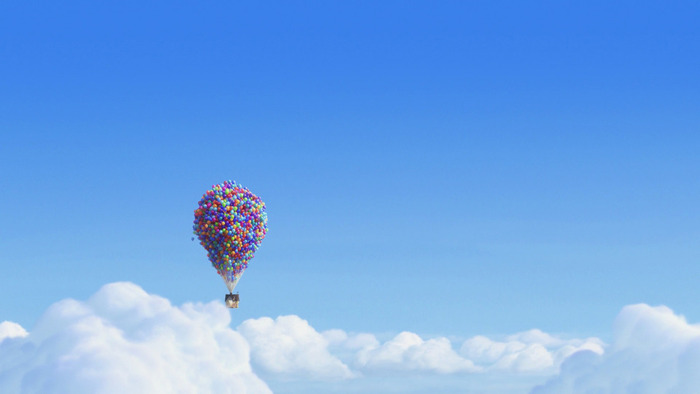 Perhaps what makes this film most relatable to young and old alike is the juxtaposition of cantankerous old Carl and enthusiastic young Russell. We can all understand Carl's fear of change and dreams of adventure, while also being entertained by Russell's curiosity and quest for new information. And if you're a dog lover you will have an extra reason to fall in love with this film. With dozens of dogs playing roles in the story, all the cute, comedic and truthful qualities about canine companions are captured perfectly. 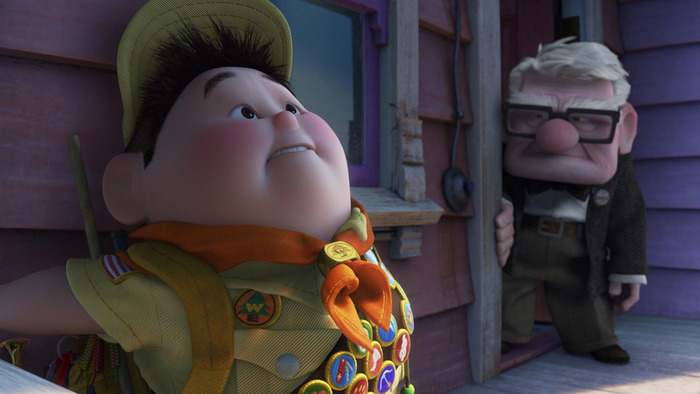 Up is so true to the human experience and what we go through at different points in our lives. And it is also truthful on another level—that of real estate. Just as it depicts so honestly how we cope with various relationships and situations, it is also truthful in its depiction of how we value our homes and how hard it can be to let go of a place we've called home for so long.

An appraiser or real estate agent can come in and say "your home is worth X amount of money." But that's never the whole story, is it? As Carl clearly demonstrates in the film, sometimes no amount of money feels like enough, and flying your house away seems like a more manageable option than having to part with it. That's because the worth of your home can be about so much more than locations and renovations and all the other technical stuff. 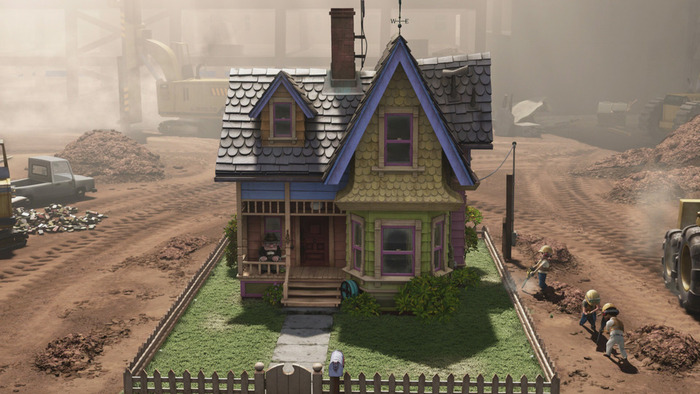 When you see Carl fight tooth and nail for the mailbox a construction worker has removed, it's easy to relate based on those items you too wouldn't be able to let go of. There may be aspects of your home—the door frame you put all your kids' heights on or the sun room you'd sit in every weekend—that hold such powerful memories you can't bear the thought of letting go of them. It may even be that you need to move to a smaller place and that requires getting rid of the furniture you have grown fond of and attached memories to. All of this can have you attaching a lot of personal worth to your home which can make it very hard to leave. But if it truly is necessary for you to move, try to keep in mind that the value you place on those memories in your current home didn't happen overnight. When you first moved in the place had potential but it didn't have any extra worth from experiences you built there. In the same way, your new place won't have that worth at the start, but pretty soon you'll create new memories in your new home and its value to you will skyrocket. 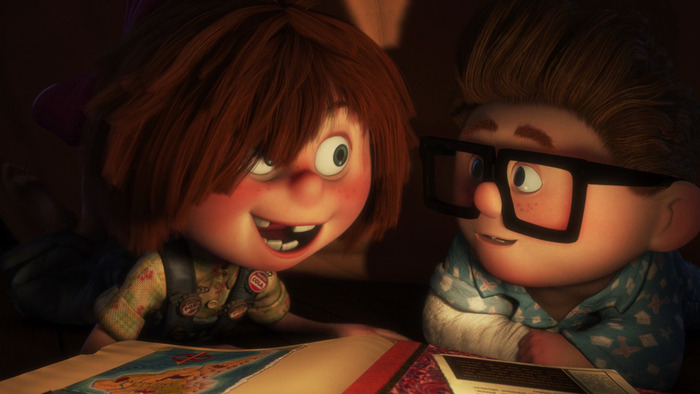 Just as Carl is terrified to say goodbye to his house as others are pushing him to a nursing home, so too might you be afraid of moving somewhere new. By its very definition, a home is the place where one lives—it's the place we feel most comfortable and safe. So to have to leave that home never to return can be a very scary process. But if we let our fears dictate our every action we wouldn't accomplish a whole lot in our lives, now would we? Although Carl tries first to stand his ground and never leave his house, and then attempts to escape with his house, he ultimately learns to let go of this fierce attachment. Saying goodbye to the home you've loved for so long can be a scary thing to do, but when it's the right thing, you can come to realize that just as Carl does. 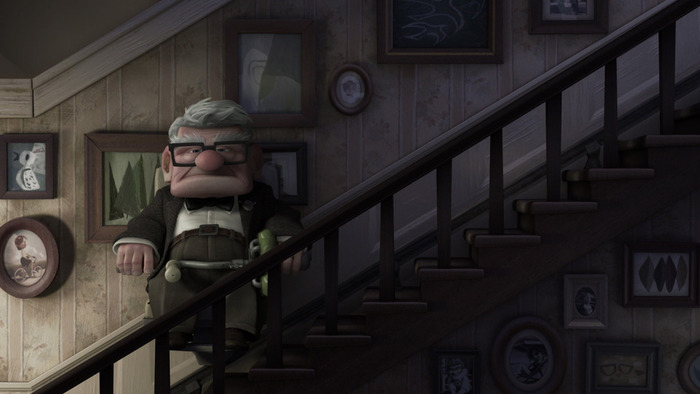 Chances are you don't have plans to attach a bunch of balloons to your home and fly it off to your dream destination as Carl does in Up. Still, we all have visions of what our homes could be. You might see the beautiful landscape job that could transform your backyard or the quick renovation tweaks that could take your interior to the next level. If these changes are ones you want to implement and doing so is realistic, exciting and beneficial for you, then great. But if what you really need is two extra bedrooms and a more central location, it may be time to let go of the potential of your current home in order to find a home that has potential in the aspects you truly need.

In most cases, letting go of a home is incredibly hard. There are valuable memories you're holding on to, a sense of security in this place you've known for so long and sometimes visions of the potential the space secretly holds. All of this can make it very challenging to say goodbye. But as Carl eventually learns and wisely states in Up, "it's just a house." It may not seem that way now, but once you're feeling comfortable in your new home that is suited to you and your family's current needs and making new memories with your loved ones you will hopefully truly understand the wisdom of his words. 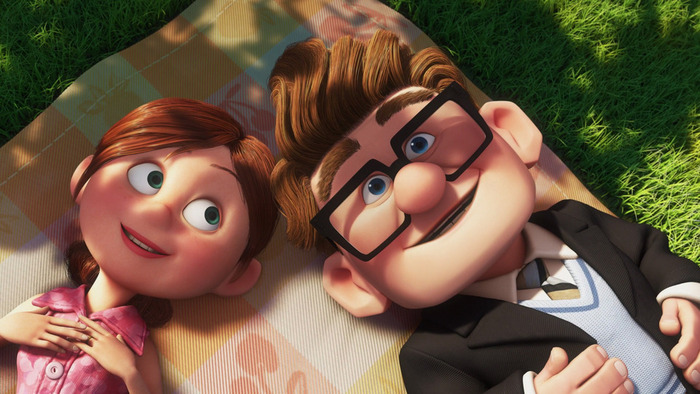