We're all responsible and it's a catastrophic mess.

With these words, William Hurt sums up the spirit and the morale (although thankfully not the execution) of "Too Big To Fail", Curtis Hanson's TV movie dramatization of the 2008 U.S. financial crisis. Hurt plays U.S Treasury Secretary Henry Paulson, who Curtis uses as the primary protagonist to guide us through his polished vision of high-finances gone horribly wrong. 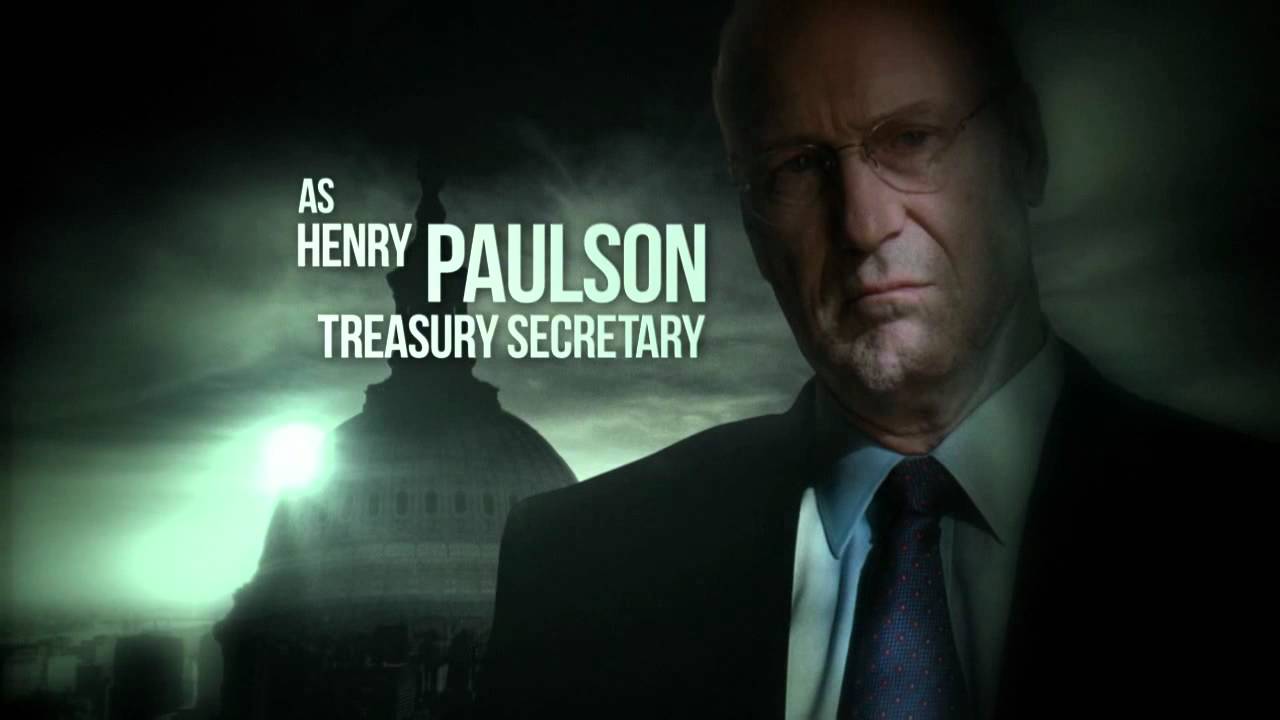 Based on Andrew Ross Sorkin's book of the same name, "Too Big To Fail" follows the efforts of Paulson and his cohorts to stave off economic disaster through the summer and fall of 2008. How much of this goal they actually achieved in the long run is a decision left to the viewer. 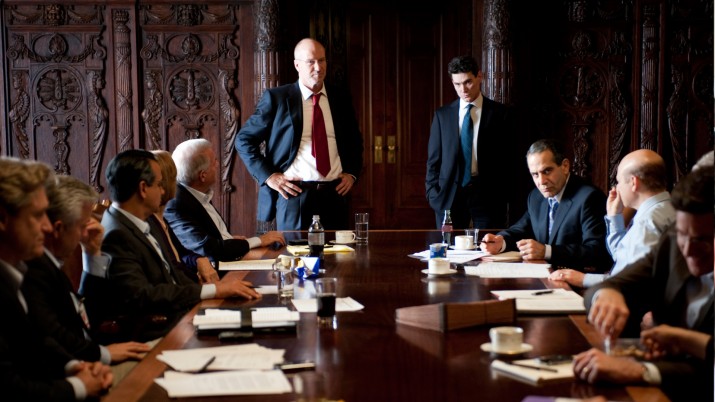 As an explanation for some of the basic elements of the 2008 crisis, the film does quite well. I am not about to enter that buzzing hornet's nest of debate about how accurately it portrays the people involved. Many viewers will probably consider the Treasury team to be painted too heroically, and others may think that the film is too forgiving towards the big bank CEOs whose businesses they struggle to save.

Dramatization of real people aside, I will say this for Too Big To Fail; it has a completely un-memorable score, very little emphasis on character, no physical peril or action of any kind, only scant, incidental humour, no romance, dance-numbers, children, animals, special effects, exotic locations or nudity of any kind. And it is never boring. It's not a gripping, edge-of-your-seat thriller, but it is a pleasant and interesting way of digesting a very recent bit of history. It might help if you have some basic financial terms and concepts under your belt, but a degree in economics is definitely not required.

I said that Too Big To Fail has little in the way of character (despite having quite a few of them to keep track of). While character is never the focus, and the characterizations are not strong (most, if not all, of these people are still alive and able to sue), you do get a sense of there being personalities at play. They're just not the focus of the movie. Having said this, though, the acting seems quite respectable – Paul Giamatti even won a Screen Actors Guild Award for his thoughtful, human basset hound portrayal of Federal Reserve Chairman Ben Bernanke. 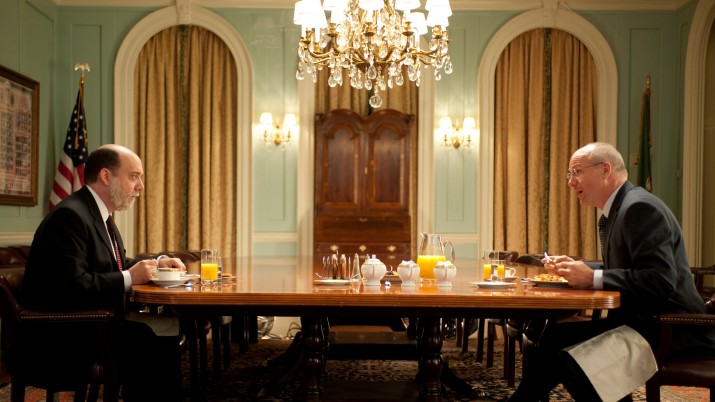 While it may deal too gently with its subjects, the relative even-handedness of Too Big To Fail contributes a good deal to its richness. It would probably have been very easy to utterly demonize the big Wall Street bankers, but the film never does so. Dick Fuld (James Woods), CEO of the sinking investment bank Lehman Brothers, seems somewhat unpleasant, but not obviously evil, and while none of his peers come across as saints, none of them seems at all monstrous either. Perhaps this was the point Curtis was trying to make; it doesn't take armies, psychotic murderers, or power-mad despots to ruin the lives of thousands of innocent people; a handful of smart, successful businessmen will do the trick just fine.

One final note: even if you don't like any of the characters, you probably will like their offices. The rooms standing in for the Treasury Department are particularly nice.

Although Too Big To Fail feels like a cautionary tale, it is not – primarily – one about real-estate. Having said that, there are still a few good general principles to be found lurking in all those swanky meeting rooms.

If something looks too good to be true, it probably is (this comes up almost word-for-word in a news clip at the beginning of the film).

This one goes without saying: enter into any sort of debt situation (mortgage, line of credit, etc) with extreme caution. Although it isn't discussed much in the film beyond one scene, defaulting mortgages played a considerable role in the 2008 Crisis (and many people with mortgages ended up losing their homes as a result). 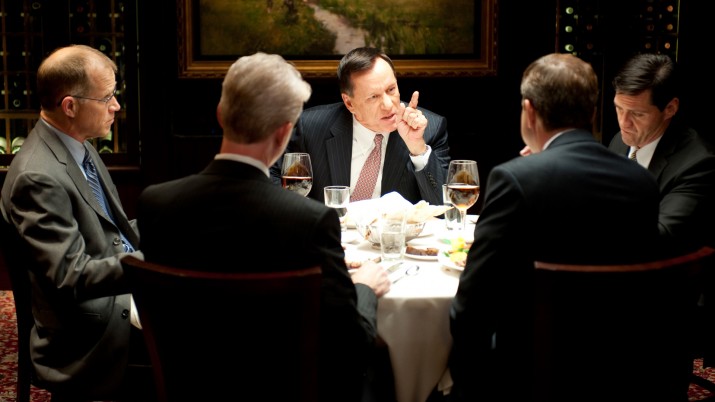 If you're in the market, pay attention to it

Another obvious warning worth repeating: when buying or selling a house, keep an eye on the market! No matter how shiny, every bubble bursts eventually. Can you really afford to hold out in the hope of a higher offer? How reasonable does your offer look, in the context of the neighbourhood and real-estate climate you're operating in?

Nothing is Too Big To Fail

Whether it's a bank, hot-dog stand, or real-estate company, size doesn't make a business infallible.
And on a related note...

A little confidence can be a good thing,
over-confidence is dangerous

Both in yourself, and in the people you're dealing with. 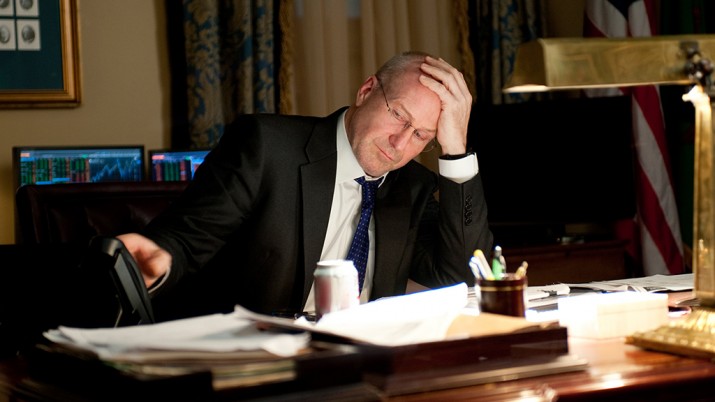 Take the time to find out how long things will take

If Too Big To Fail is to be believed, one of the Treasury Department's emergency measures was rendered useless simply because nobody bothered to find out how long it would take to implement.

Don't put off dealing with the red tape

Yet another Treasury tribulation. About half-way through the film a deal to rescue the failing Lehman Brothers imploded due to last-minute legal tangles.