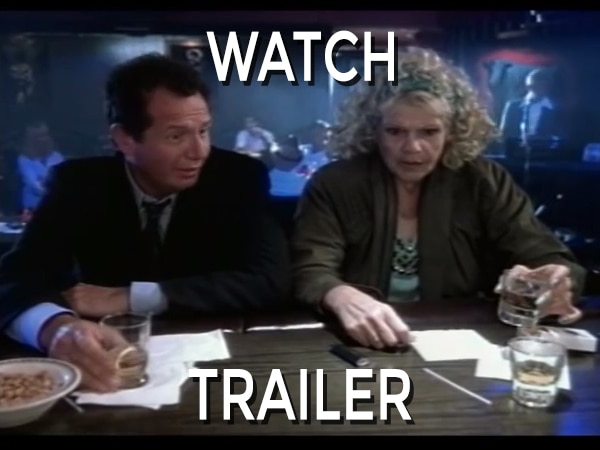 With the recent passing of Mike Nichols, it seems cruel to pay tribute to a man who brought us The Graduate (1967) and Catch-22 (1970) with a review of a film that was widely panned by critics at release and a financial disaster to boot.

For those of you who haven't guessed by now, I am speaking about What Planet Are You From (2000), which is, coincidentally, the same question I'd like to ask everyone involved with what history remembers as an exercise in the abject. 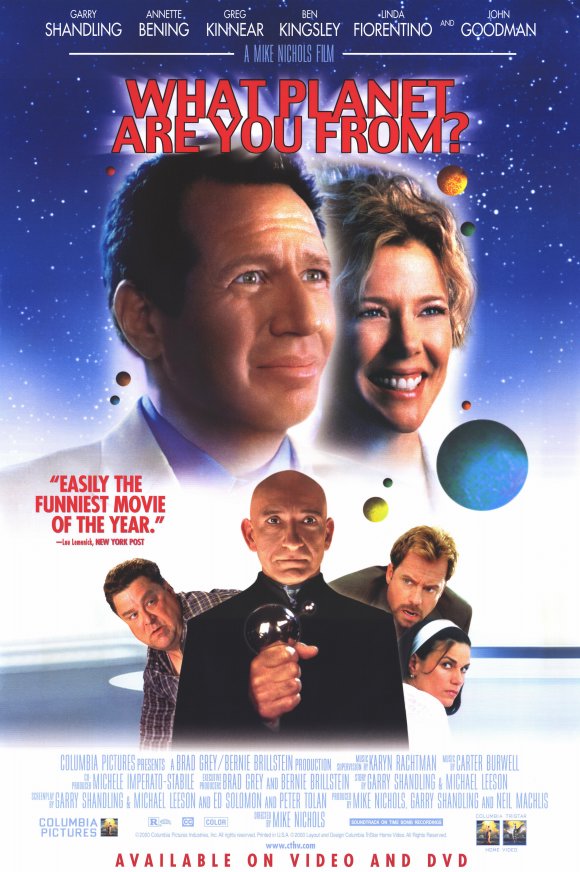 In the film, an advanced civilization of males, whose emotions and reproductive organs have been "bred out" as a result of cloning, intend on furthering their goal of universal domination by mating with human females. They appoint one of their denizens to perform a test run and give him the name Harold Anderson (Gary Shandling). They equip him with an artificial manhood that makes a vibrating/buzzing sound whenever he becomes aroused, and he is then transported to Earth via an airplane toilet bowl (I wish I was making this up). To integrate himself within human society, Harold takes on a job as a mortgage and loan banker. He then befriends his co-worker, Perry (Greg Kinnear), who brings him to an AA meeting to pick up vulnerable women.

It is here that Harold becomes smitten with Susan (Annette Bening), a recovering alcoholic who has decided to turn her life around by becoming a realtor. This has not been easy, however, as at one point she states that she didn't realize that she actually has to sell houses to make money. Did you catch that Earth-shattering wisdom? Good, because despite having a main character in mortgage and loans, and the co-star in the role of a realtor, that short line of dialogue is the only thing that comes close to any identifiable real estate lesson, but we'll get into that later. 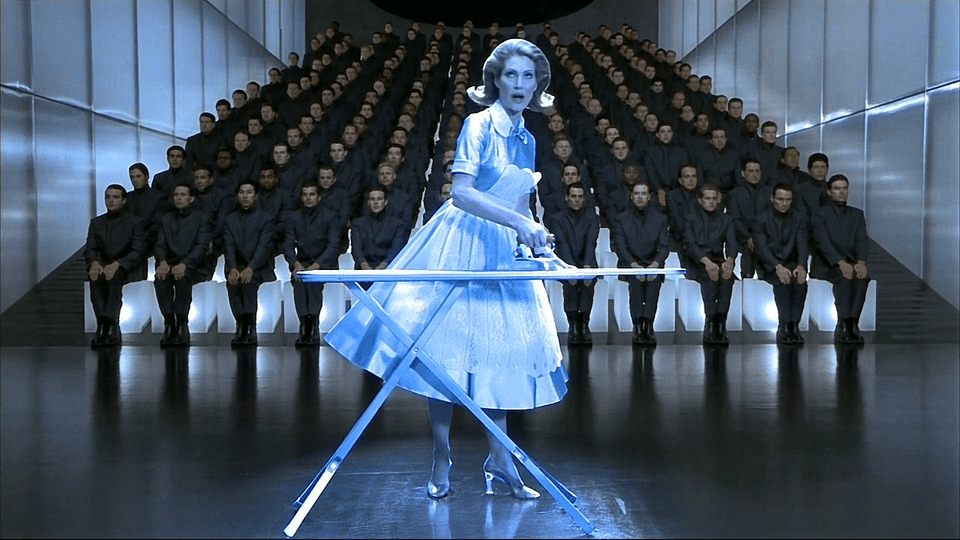 Harold and Susan eventually make love (after marriage), and have a child, all while a FAA employee named Roland (John Goodman) is beginning to catch on to Harold's plan. Harold abducts his own child, takes him to his home planet, and begins to prepare the other denizens for their eventual takeover of Earth. However, after gaining some semblance of humanity himself, Harold has a change of heart and brings his child back to Susan on Earth. Graydon (Ben Kingsley), the leader of Harold's planet, travels to Earth to take back the child, only to be stopped by Roland's pistol. Fin.

So, in revisiting this film almost 15 years later, does it deserve its critical and financial legacy? 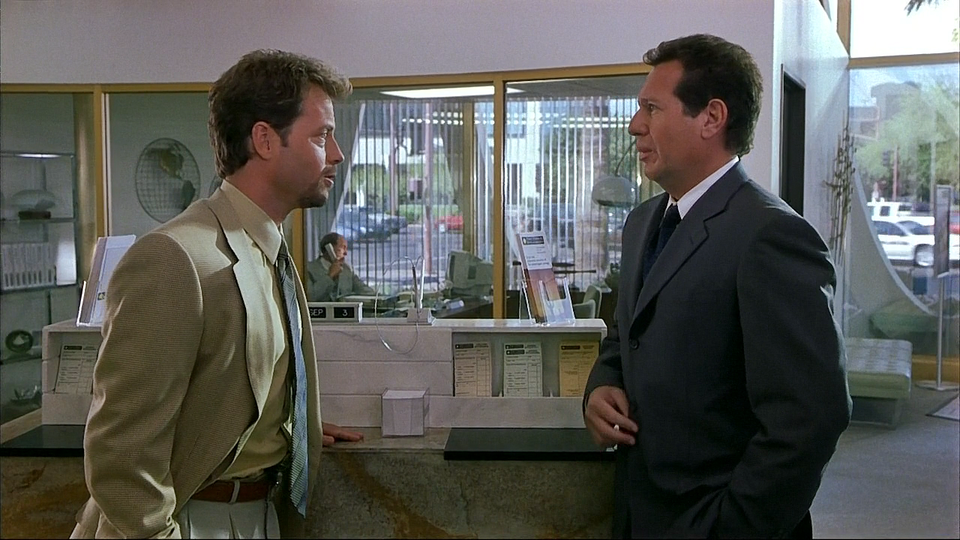 This film is completely devoid of any genuine emotion. Both the narrative and the performances seem unpleasantly artificial. I felt nothing for these characters, nor did I care for any resolution to their predicaments. I know that sounds like a critical cliché, but for someone that saw this for the first time as a sentimentally sensitive young 'un, at an age where a laundry detergent commercial could have brought me to tears, the fact that I felt as emotionally vacuous as a Vulcan on Ritalin is a crown achievement in the mundane.

So, why was this made?

I think, aside from aiming to be a comedic fish-out-of-water story, this film was also meant to be clever, serving as a way for us to see a different perspective on our society and consequently gain some form of self-reflexive insight. If I'm correct, and people want to see it done right, I recommend a double-billing of Jean-Marie Poire's Just Visiting (1993) followed by Nicolas Roeg's The Man Who Fell to Earth (1976). You'll get some good laughs from a well-constructed outsider story, as well as an alien-on-Earth film that is much more competent at providing insight on the human condition. To demonstrate this latter point, the alien in the Roeg film (played brilliantly by David Bowie... mostly because he was playing David Bowie) actually falls victim to human vices, failing to complete his mission as he becomes consumed by alcoholism and depression. His experience on Earth was regressive and self-destructive. Shandling's Harold similarly assimilates to the human way of life, at one point shunning the opportunity to "fool around" with his wife so that he can finish watching a football game. However, Harold's eventual decision to assume a domestic, human lifestyle is played off as being uplifting. That's right; the people he meets are alcoholics, sex fiends, and dimwits, but somehow becoming "one of us" is a form of transcendence. 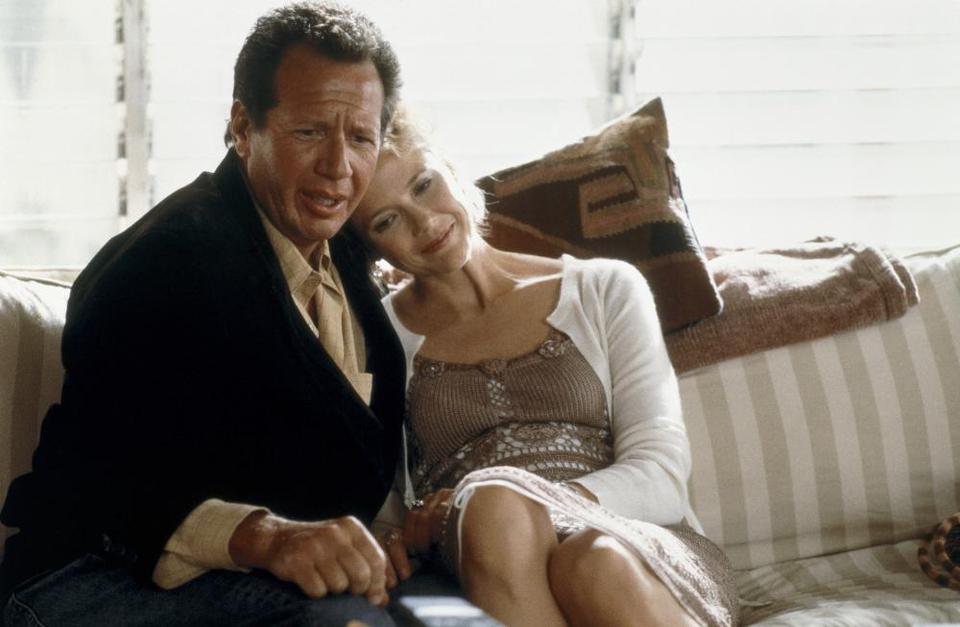 So, what, if any, real estate lessons can you glean from this film?

Well, learning anything from this movie is a cause for celebration in itself, as the vast majority of viewers will be desperately trying to hold firm to their current brain cell count. With that said, Annette Bening's character does shed light on an important reality for realtors, and that is their compensation arrangement. It is important for buyers and sellers to understand that their realtor will not get paid until a deal closes. This may not fully align the goals of the realtor with those of the buyer or seller. For instance, where a homebuyer may want to take their time and weigh many different options, their realtor may become impatient and push a sale just to secure a timely paycheque. This is why it is extremely important that you find a realtor that puts your interests above their own.