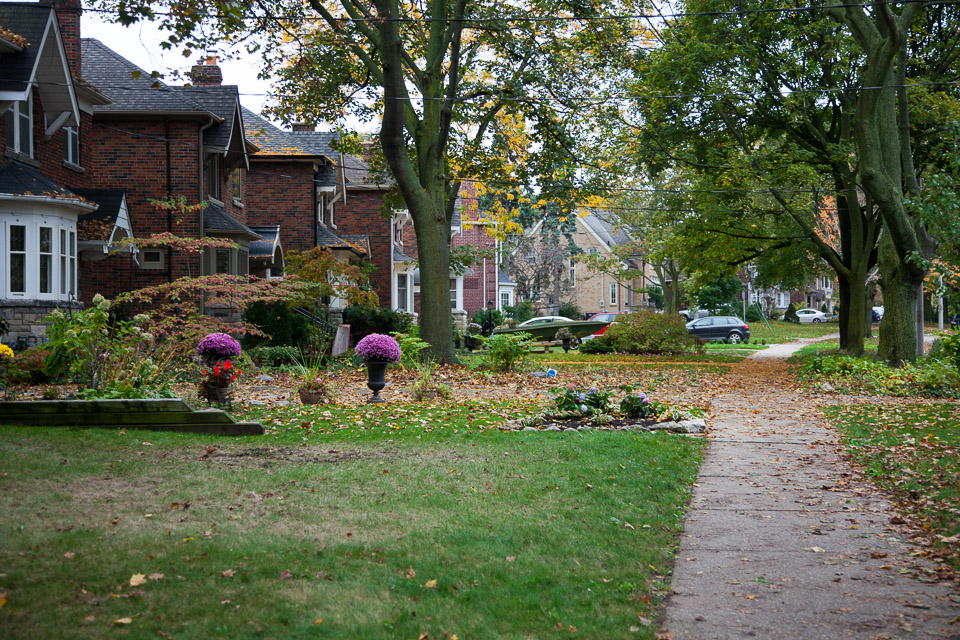 An established and affluent neighbourhood in Toronto

If you are looking for a peaceful and established community, Leaside is the perfect neighbourhood for you. It is an upscale, family-focused small town and one of Toronto’s most popular places to live. Leaside attracts young professionals who regard this neighbourhood as an ideal place to raise children, full of quiet streets, the fine selection of schools one of Toronto's best shopping districts on Bayview Avenue, and excellent access to public transit and the city centre.

Leaside has several high-performing public and private schools in the area. Top educational opportunities include:

The name LEASIDE came from the Lea family, who arrived from Lancashire, England 1819. John Lea later built what was claimed to be the first brick house built in York township. 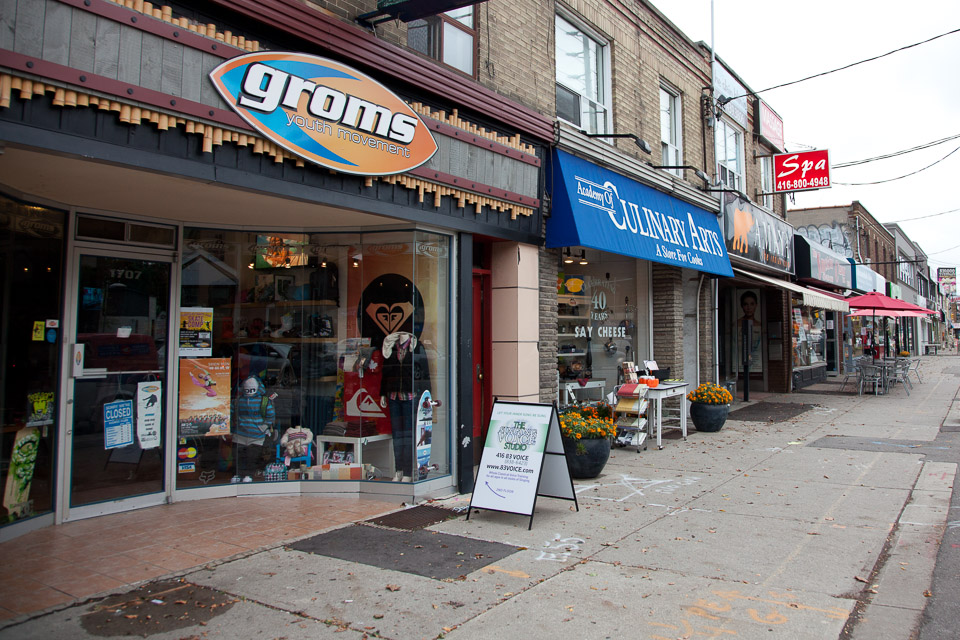 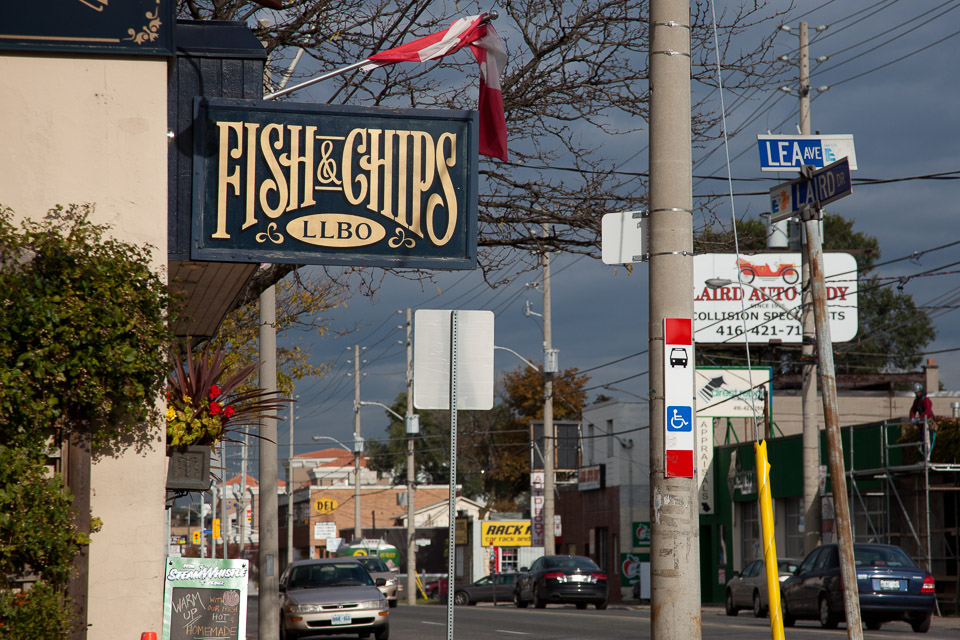 When John Lea Sr. died in 1854, his son William built an octagonal home on the acreage which he named Leaside. It was located close to the present site of the Leaside Memorial Gardens.

The Ontario and Quebec Railway, later taken over by Canadian Pacific, purchased a few acres from William Lea for the line to Peterborough and Ottawa. The Leaside Junction Station was built in 1894. This is when Leaside became a name and a location on the map. The Leaside Station was one of Toronto's busiest stations for 75 years. 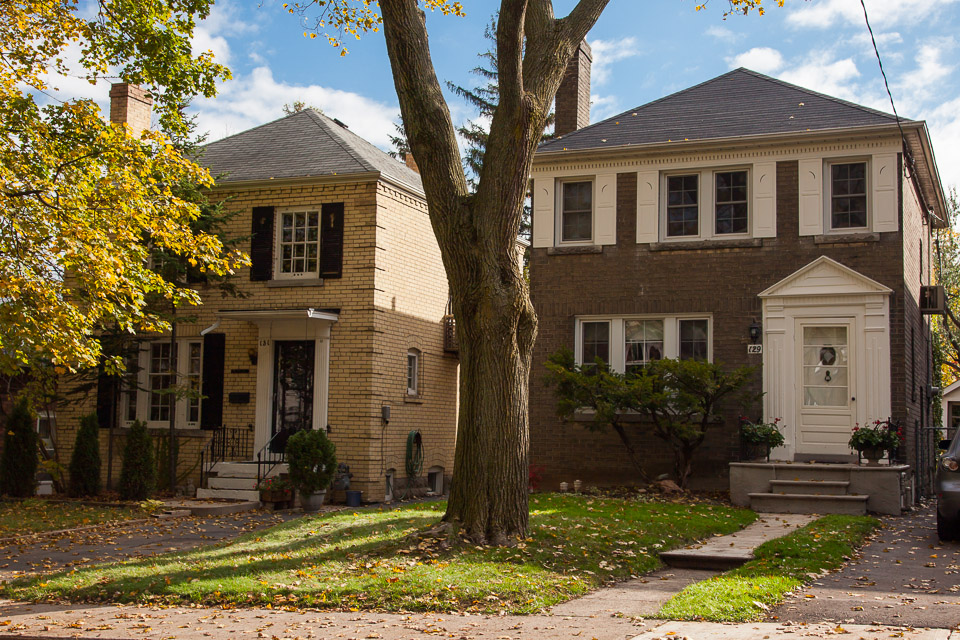 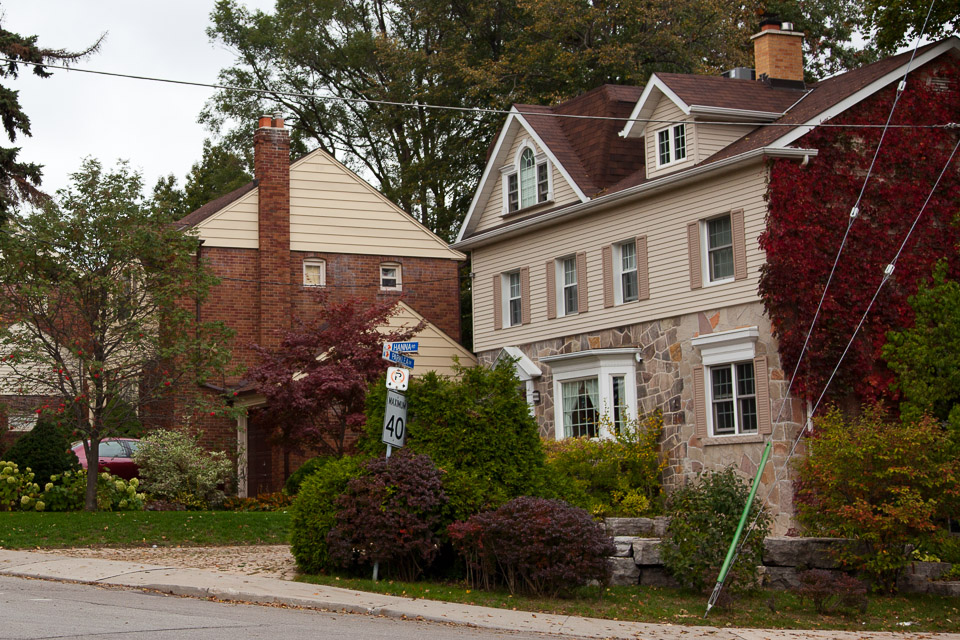 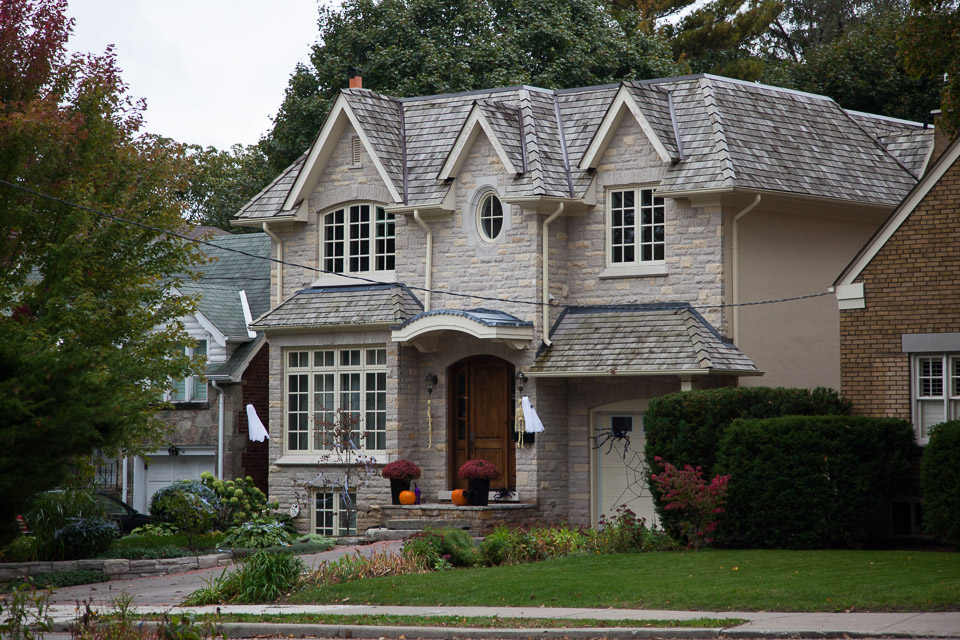 In 1927 a high level bridge, the Leaside viaduct, was built across the Don Valley and an underpass was built below the railway line. Residential construction began in the 1930's and continued to the 1950's.

Abundant parkland in the neighbourhood includes: 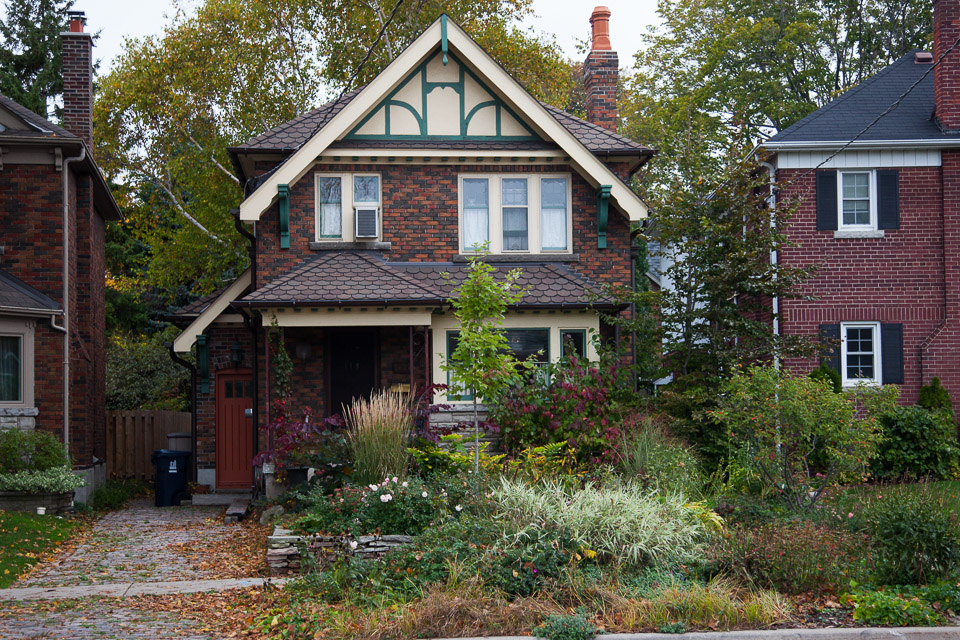 The typical Leaside house is situated on a generous lot with a private drive and a garage. Many of the houses contain beautiful wood trim, hardwood floors and a working fireplace.

Leaside's Tudor-style houses were built largely in the 1930's and 1940's. There is a good mix of two-storey detached homes, bungalows, semi-detached houses, and new custom designed homes. 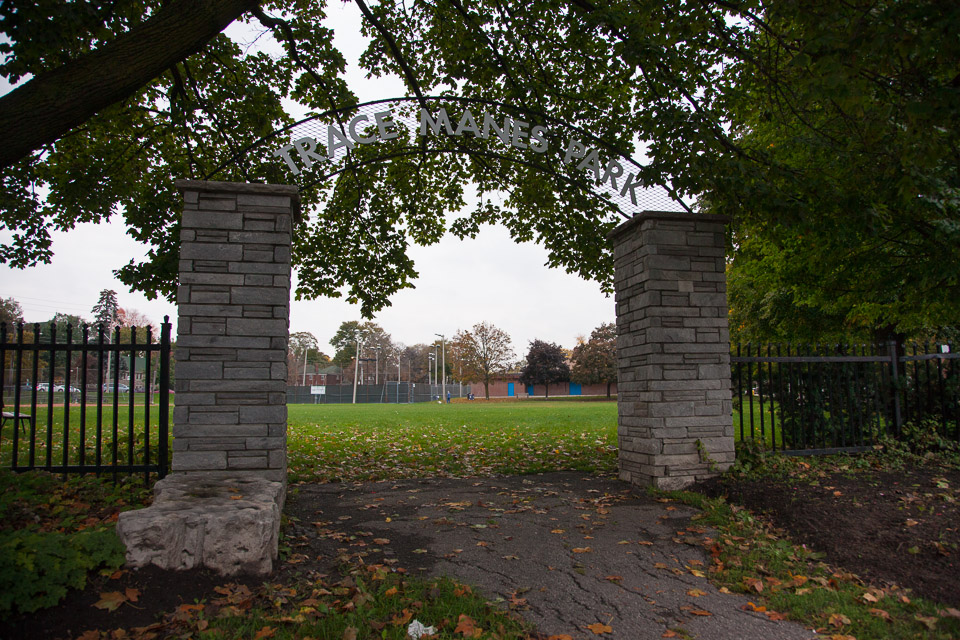 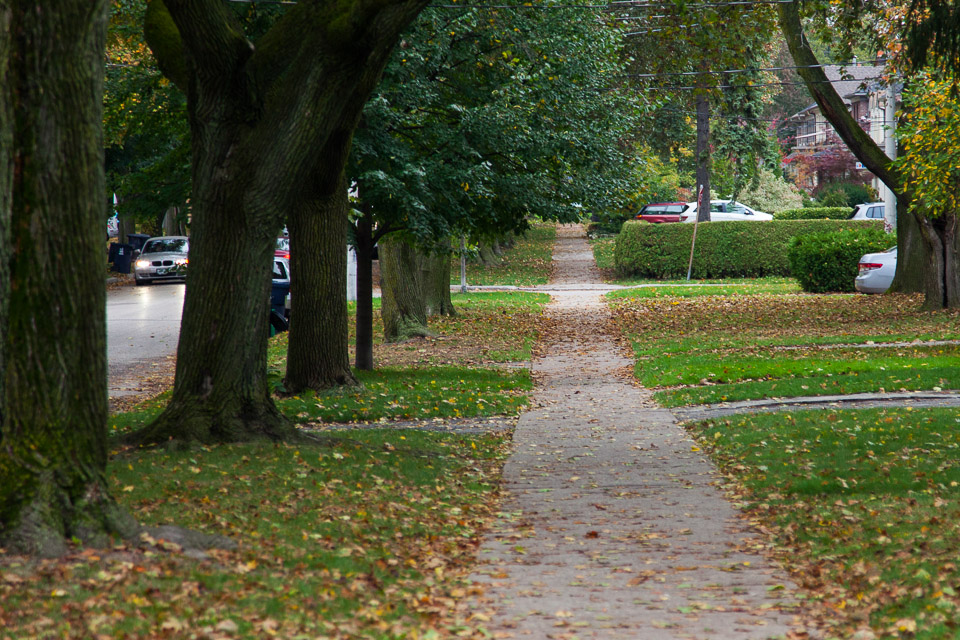 During the 1990's a handful of exclusive condominium and townhouse projects were built on the periphery of the neighbourhood. Bayview Avenue features a wonderful collection of shops and restaurants, many of which are geared towards children (reflecting the demographics of this neighbourhood). Bayview Avenue is also known for its antique shops, specialty stores, and local pubs that attract a clientele from all over the city. Residents also shop at the local stores along Eglinton Avenue. This shopping district is anchored by the Sunnybrook Plaza located at the north-east corner of Bayview and Eglinton. There are also some small shops and services located in the interior of the Leaside neighbourhood on both McRae Drive and Millwood Road.

The Leaside Centre is a collection of large national retailers located at the south-east corner of Laird Drive and Eglinton Avenue. Next to this Centre is the Leaside Business Park which combines light industrial businesses mixed with specialty retail stores.

The Leaside Branch of the Toronto Public Library at 165 McRae Drive, as well as the Mount Pleasant Branch at 599 Mount Pleasant Road, serve resident bibliophiles.

Much of the recreation in Leaside is suited to children and physical activity. The Leaside Memorial Community Gardens at Millwood Road and Laird Drive is a multi-recreational complex that includes an indoor ice arena, an indoor swimming pool, a curling rink and an auditorium.

The Leaside Skating Club is dedicated to teaching the joys and skills of skating to people of all ages. It is sanctioned by Skate Canada and is a non profit organization operated by a volunteer Board of Directors. The Club employs a staff of thirty professional skating coaches who are responsible for all on ice instruction, and an administrator who is responsible for the day to day running of the organization. LSC has operated at the Leaside Arena since 1952 and this season will mark our 60th anniversary. Throughout this time LSC has been and continues to be an integral part of community life.

The Leaside Tennis Club is a very active community tennis club operating in the popular Leaside area of Toronto. Trace Manes Park, between Rumsey Road and McRae Drive. Our members enjoy many well organised activities including Round Robins, (there are four per week), House League and for the more advanced players, Tournaments, Ladies and Intercounty Teams. 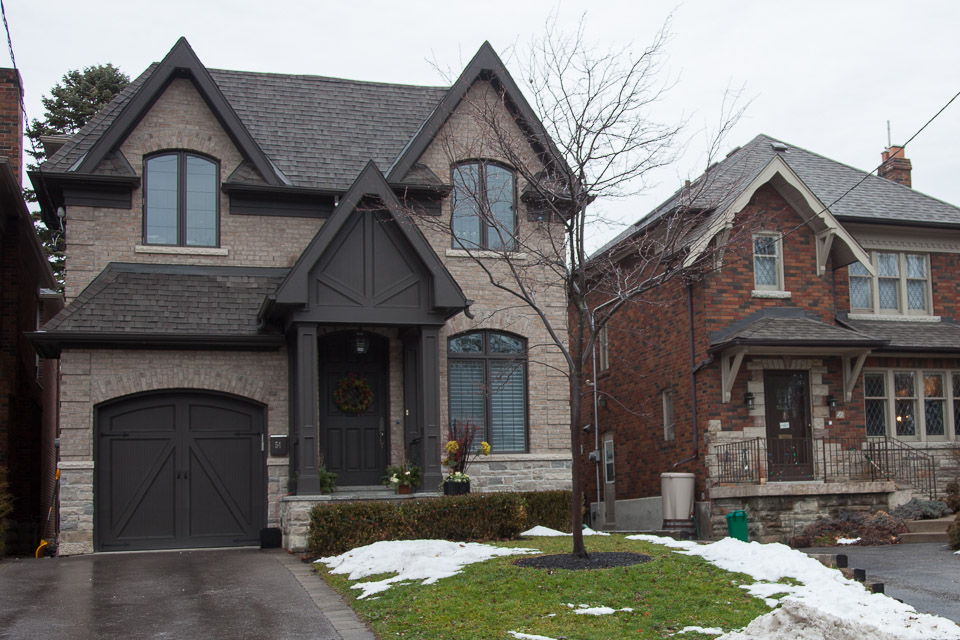 Trace Manes Park, located in south Leaside off McRae Drive is the home of the Leaside Tennis Club which has six tennis courts. Trace Manes Park also has a tots' playground, a baseball diamond and an outdoor natural ice rink which is in use from late December until the end of February. The Leaside Public Library is situated adjacent to this park off McRae Drive.

Howard Talbot Park, situated in a picturesque valley at the south-east corner of Bayview and Eglinton Avenues features two baseball diamonds that are popular with local baseball leagues.

Motorists can be downtown in ten minutes via the Bayview extension which also links up with the Don Valley Parkway and a myriad of commuter highways.

Tip: How to spend a day in Leaside

Some of the Leaside Happy Clients - this could be you! 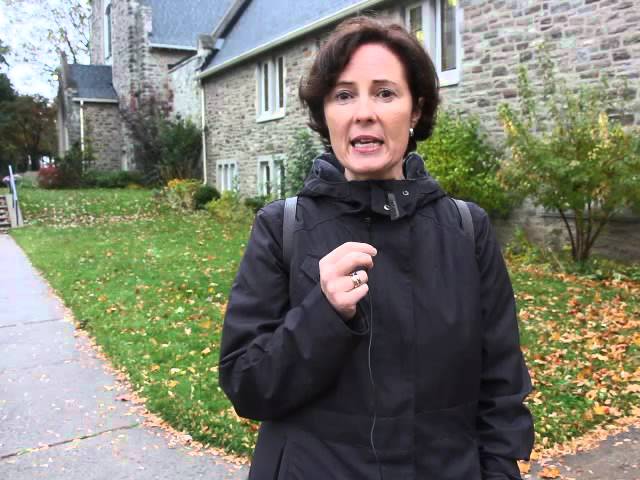 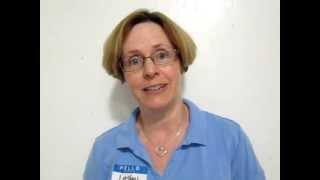 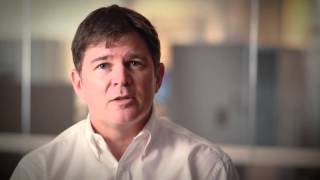 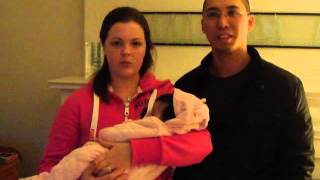 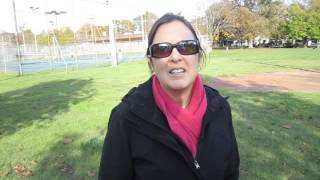 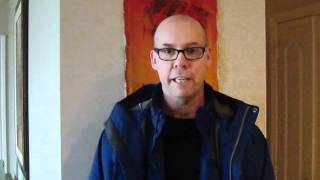