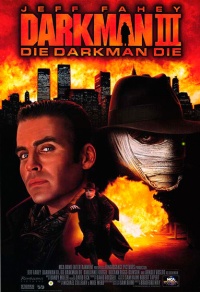 The first "Darkman" directed by Sam Raimi (starring Liam Neeson) was an average horror movie with a few good moments. If you downgrade average quality twice, you will get terrible quality. Yes, that would be the third sequel.

Luckily almost forgotten, with C-class actors and director, this movie offers an unbelievably spotty story of our old hero, Dr. Peyton Westlake (Arnold Vosloo, best known as the mummy from "Mummy"), who robs narco-baron Rooker (Jeff Fahey). He is trapped, and Rooker wants to make a special super-steroid from his tissue to create an army of supervillains (while inserting some "painchip" into Westlake's body). Mix in treacherous girl, pitiful villain's wife and lovely kid, and a minimum of action scenes and you know what you can expect from "Darkman III."

The only interesting part of this movie is its poetic title. Well, this not-scary horror serie nosedived before it even took off. 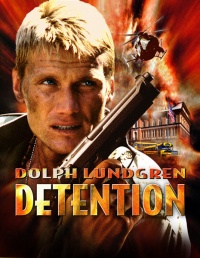 Sam Decker, bored teacher who’s biggest life thrill is his role as school detention warden—that is, until a group of armed robbers decides to use the school building as a base for their planned car robbery. Since Decker is played by Dolph Lundgren, you can guess what’l be going on. Sound good? You’re right, it doesn’t.

Lundgren’s five minutes of fame from “Rocky” and “Universal Soldier” belong in the forgotten past, and his movies from this last decade belong with the worst trash. His only skill is action scenes—these are exactly the scenes you definitely won’t find here. Lundgren pokes around the school like a retired janitor with zero charisma, leading a group of detainees with barely double-digit IQs. Their only luck is the “highly organized” group of villains—probably lunatic asylum escapees because their incapability is so striking you want to jump into the movie to help them. And both opposing groups rank right up there in the the worst-shooter-in-history competition (or maybe they were just armed with blank ammunition?). Really, even Stevie Wonder would nail ’em all.

You will see absurdly illogical scenes, like a wheelchair vs. motorbike chase (wheelchair wins), villains removing their traces with acid (??) or students building an armoured cart. “At this school, today’s lesson is survival”—says the tagline; you’ll need a similar lesson. To survive this movie.

The school, "Where drugs and guns are part of the unofficial curriculum", is actually Glendale Secondary School in the suburbs of Hamilton. 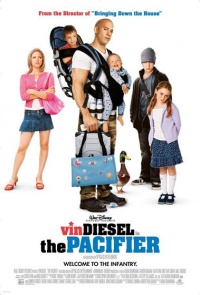 When Vin Diesel appeared in (almost) independent "Pitch Black," fans announced the arrival of a new dark action actor. Unfortunately, the more movies Diesel makes, the worse they are. And "The Pacifier" is tops so far. Just listen to the story—Shane Wolfe (Diesel), member of the elite SEALS, has to protect five offspring of an assassinated scientist. While fighting with scoundrels he has to change diapers and solve teenage troubles.

Director Adam Shankman tried to combine muscle with comedy and ended up with a disaster similar to Schwarzenegger’s comedy movies from the '90s. But while Arnold was funny because of his eye-stabbing buckram style, Diesel’s acting is just plain awkward. All comedic situations are totally predictable—you'll be desperately waiting for the moment to start laughing. But it never comes.

The story takes place in Maryland and was shot in the prestigious Forrest Hill neighbourhood, Lawrence Park—the car chase was filmed along Chaplin Crescent and Browns Line. Some of the scenes were shot in locations in Mississauga.

Abraxas, Guardian of the Universe (1990) 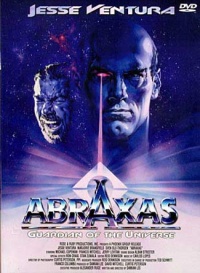 Abraxas Guardian Of the Universe
(1990)

After reading the title you have to smile. Nobody can take seriously a movie called “Abraxas, Guardian of the Universe.” This is one of the true Canuxploitation gems. This sci-fi was directed in 1991 by Damian Lee and offers Jesse “The Body” Ventura (ex-SEAL, WWF wrestler, and ex-governor of Minnesota; you’ll remember him as a sidekick of another famous governor in “Predator”) starring as Abraxas, 11,000-year-old space cop, chasing intergalactic villains. This time he is after Secundus, former cop and Abraxa’s partner. Secundus wants to find his son (some years ago he impregnated a woman from Earth with “space seed” by the palm of his hand) who happens to posses the “anti-life equation” (something so powerful that even the creators of this movie couldn’t explain it…). Abraxas and Secundus, both equipped with “answer boxes” (ultimate devices able to kill, heal, sense vibrations, and answer questions) land on Earth and start the chase. Oh yes, and of course Abraxas will fall in love.

If you already feel temptation to watch this movie, believe me, it gets even better! You’ll learn that bones can be reinforced by ozone; you’ll see holes in logic bigger than the Grand Canyon (your daughter leaves the house and returns the next day with a newborn? Who cares, let’s just throw her out!); you’ll see grown-up stunt doubles for a five-year-old kid; Secundus visiting a strip bar without any reason. The special effects consist of gasoline explosions occurring anywhere at anytime with a little sense. And everything is gently wrapped with a soundtrack consisting mainly of soft jazz (including, uh, the fight scenes). And don’t be fooled by James Belushi’s presence—he did it as a favour for his wife, Marjorie Bransfield, who plays Sonia, the impregnated girl.

The movie was shot mainly around Thornbury (north from Toronto)—it’s definitely one of the terrible movies you will love. 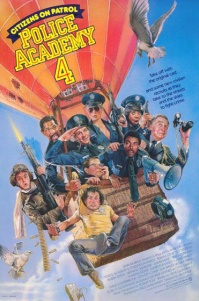 The first “Academy” became a legend. A legend, exploited by its creators more and more, ‘til nothing was left—just unbelievably trivial and stupid comedy. The fourth part was the last to be shot in Toronto and the last with Steve Guttenberg. We meet the old crew following a recycled plot (new recruits) against a recycled schematic villain (this time, mainly Captain Harris). We see actors performing recycled gags and quotes. I can’t believe they shot three more movies!

The Academy building was actually the Lakeshore Psychiatric Hospital in Etobicoke, taken over by Humber College.