Environmental movement emerged back in sixties, when first disastrous predictions and reports were made, and for the first time the whole society began to think about the future of our planet. However, the last decade is the period, when the most challenging green chapters have been opened.

Green or environmental became commonly spelled terms. Sustainability and renewable resources became parts of official policies and corporate marketing. What are the 7 most important events, which made green lifestyle a hot topic for politicians, businessmen, scientists, and most of the western world citizens? 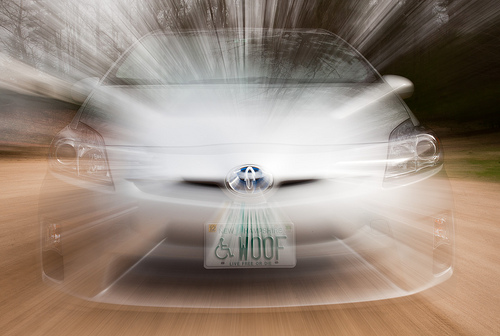 The Prius first went on sale in Japan in 1997 and it was introduced worldwide in 2001 as the first-mass produced fully hybrid vehicle. In May 2008, its global cumulative sales reached 1 million vehicle mark, only to reach the milestone of 2 million units in September 2010. The U.S. presents the largest Prius market – 814,173 units were registered there by December 2009.

Prius has provided the final proof that green cars have a future. Today, almost every carmaker runs own hybrid vehicle program gas consumption and CO2 emissions are carefully followed attributes both by customers and reviewers. 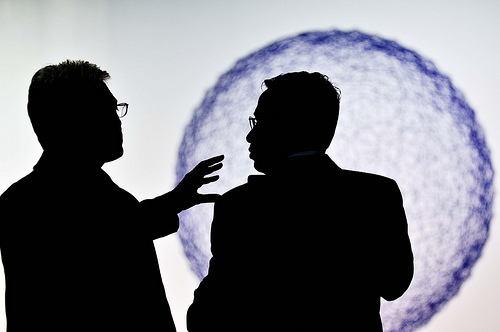 The 2009 United Nations Climate Change Conference took place in Copenhagen, Denmark. The Conference included the 15th conference of the Parties (COP15) and the 5th Meeting of the Parties (MOP 5). The interested parties were hoping to find a definitive solution for the future emission cuts throughout the world in order to tackle rising greenhouse gas emissions.

Though the expectation were high, the final outcome was disappointing, as no particular solutions have been decided. Also, much controversy had surrounded the whole process. There's still a long way to go and many voices call for better co-operation. Hopefully one day they'll be heard. 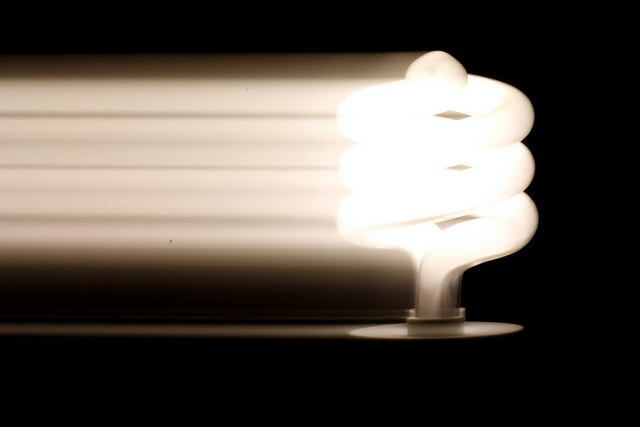 A compact fluorescent lamp (CFL) is a type of energy-efficient lamp designed (at most cases) to replace the old and energy-consuming incandescent lamps. While providing the same amount of light, they use less power and have longer rated life. On the other hand, just like all fluorescent lamps, CFLs also contain mercury which makes their disposal more complicated.

Despite this disadvantage, they're still much more considerate both towards our environment and our wallets – though their price is usually a bit higher then the price of standard light bulbs, they can save much more in the long run. To sum it up, they make both our homes and our future brighter. 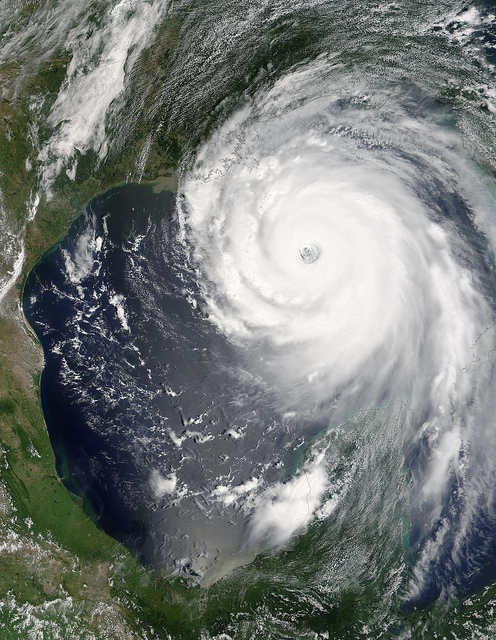 Extreme Weather is a name for weather phenomena that are at the extremes of historical occurrence. In the last decade, several very rare and striking natural events were observed all around the world – beginning with an unexpected, enormous heat wave in Europe in 2003, continuing with the destructive hurricane Katrina in the US in 2005 and massive flooding all around the world in 2006, ending with a string of earthquakes across Haiti in 2008. Though the climatologists aren't unified on whether this is a proof of the humanity having a negative impact on the global climate, it is almost sure that this was only the beginning and a these natural disasters were a sign of more similar events on the way.

Nature is definitely struggling to catch our attention. It is now our goal to contemplate what could and what should be done in order to prevent more catastrophic scenarios. 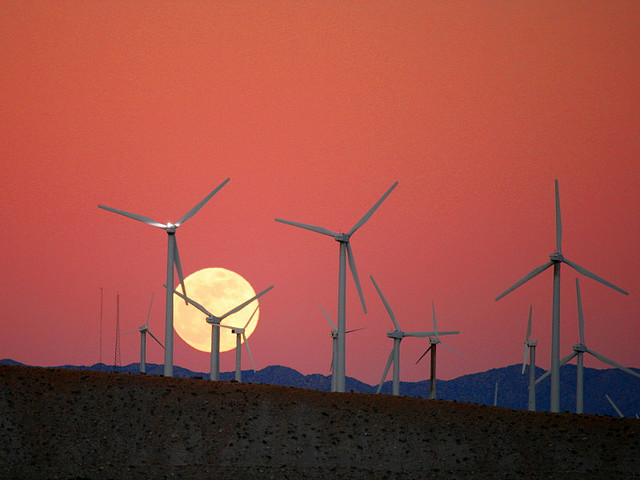 Renewable energy is a kind of energy that comes from natural resources – sunlight, wind, rain, tides and geothermal heat, which are naturally replenished. Its current share in energy generation is around 18%, with 15% of global electricity being generated via hydroelectricity and the rest from new renewables.

Since 2000, the use of renewable energy sources has grown considerably and hopefully, this trend will continue in the future, for it is a key part of sustainable development. Most of the resources we use for generating electricity aren't going to be there forever. Expanding the renewable energy sector will be crucial for allowing significant cuts of the emissions while helping us find long-term solutions for electricity generation.

6. Stern Review on the Economics of Climate Change 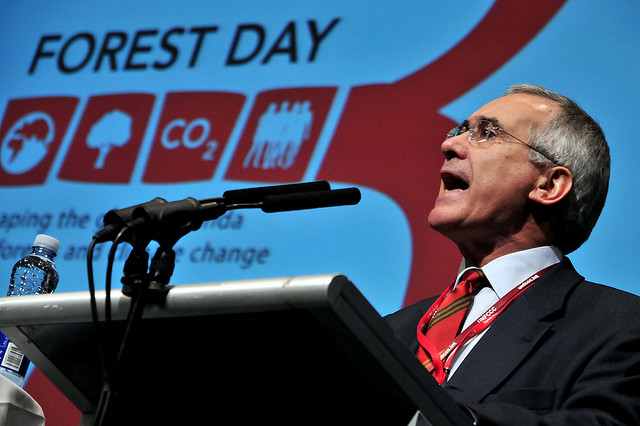 Photo by by Neil Palmer

Though Sir Nicholas Stern, a British economist, wasn't the first one to write first complex economic report on climate change, his work is significant as the largest, most known and most discussed paper of its kind.

As the Review's executive summary states "the Review first examines the evidence on the economic impacts of climate change itself, and explores the economics of stabilizing greenhouse gases in the atmosphere." The second half of the Review considers the complex policy challenges involved in managing the transition to a low-carbon economy and in ensuring that societies can adapt to the consequences of climate change that can no longer be avoided"

Probably the greatest importance of this document lies in Stern's main conclusion – according to him, the benefits of strong and early action on climate change considerably outweigh the risks, as the climate change will cost 5% of global GDP each year from now until forever. 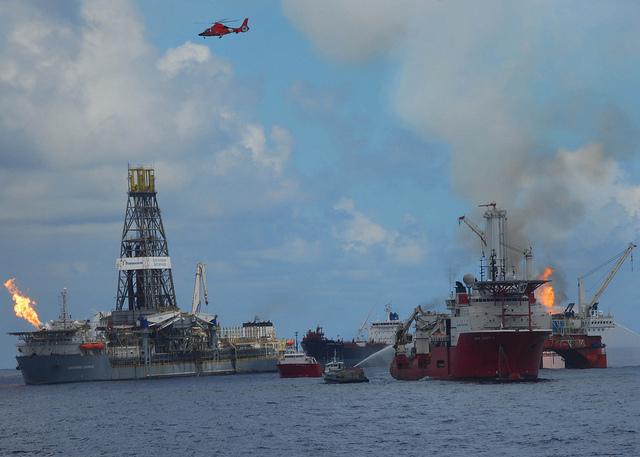 This is one of the most recent natural disasters that caught world's attention. On April 20, 2010, a huge explosion occurred on the Deepwater Horizon oil platform. Despite initial reports indicated that relatively little oil had leaked, the results were catastrophic. By the end of May, the estimated amount of the leaked oil was revised from 5,000 barrels a day to 12,000–19,000 barrels a day and was expected to increase.

On July 15th, the leak stopped for the first time after 88 days. Afterwards, relief wells were used to seal the well permanently. The well was declared "effectively dead" on September 19, 2010.

Oil related disasters are very common, yet they seem to keep coming in quite repetitive manner. Recent events raised questions again – are we even capable of underwater oil drilling without threatening the environment substantially? Are we really doing everything to prevent.

The past and the future

To sum it all up, much has happened during the last decade and there's surely much to contemplate about. But one conclusion can surely be drawn – we need to start caring about the world we live in.

Some of the events prove we did start to care a bit. On the other hand some prove we need to do more, much more. You can start even right now - follow our monthly Instant Green Changes!