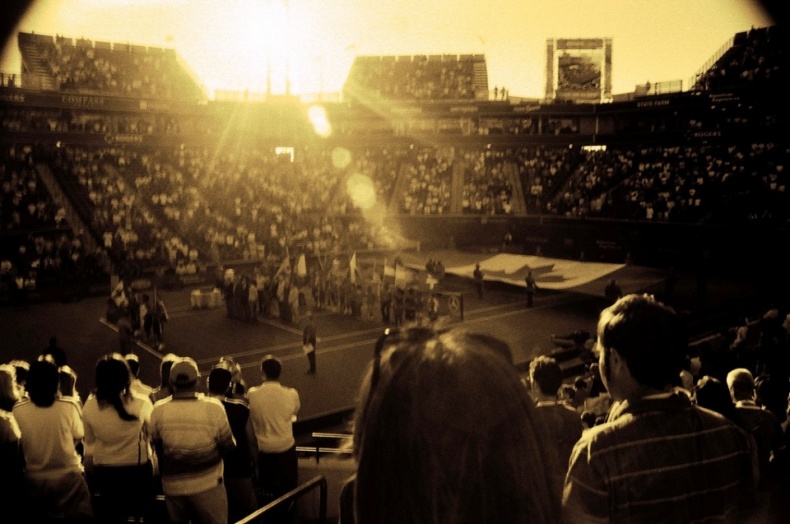 The BlackCreek Summer Music Festival will launch its inaugural season at the Rexall Centre, the main tennis court for the Canada Masters tournament at York University.

The festival kicks off June 4 and runs 14 weeks, into September. The event will be opened by the famous Spanish tenor Plácido Domingo, known for his versatile, strong voice and distinctive dramatic tone throughout his vocal range. Joining him as a special guest will be Sondra Radvanovsky, internationally recognized soprano star of the Metropolitan Opera. Other confirmed artists include such renowned names as James Taylor, Diana Krall, Tony Bennett, Helen Mirren, Jeremy Irons, Jane Krakowski, James Earl Jones and the London Symphony Orchestra — and more are still to be announced.

The festival is focused mostly on classical music, jazz and opera, but it also includes international pop, country and world musicians. Throughout the 2011 season, it will feature a wide range of various programs, all performed "under the stars."

The Rexall Centre, which will hold all the festival performances, was built in 2004. It's the main tennis court for the Canada Masters tournament and it's also the home of the Toronto offices of Tennis Canada and the Ontario Tennis Association. The stadium has replaced the National Tennis Centre that closed in 2002. Its main arena holds 12,500 spectators but, for the festival shows, the amphitheatre will provide seats for between 11,000 and 14,000 spectators, with 41 private luxury boxes included. The exact number of seats will depend upon specific configuration for the individual performances.

"The Rexall Centre, with its ideal octagonal amphitheatre configuration, has been re-imagined as a brilliant new concert venue," said Kevin Albrecht , CEO of iSport Concerts Ltd. and the BlackCreek Limited Partnership, producers of the Festival. "It will offer excellent sightlines; state-of-the-art lighting, video, and sound design; and, most importantly, an intimate connection to the stage. The BlackCreek festival will provide a superior entertainment experience; one that is affordable, offers accessible programs from a wide-ranging menu and has been designed to appeal to music lovers of all generations and from all walks of life."

BlackCreek Summer Music festivals organizers intend the event to become an important cultural destination not only for the city of Toronto, but for the whole of southern Ontario and its surrounding regions.

Jeff Melanson, Cultural Advisor to Toronto Mayor Rob Ford, thinks that Toronto has been lacking this kind of event. As he explains, "Despite its vast size, Toronto — with some 8 million people living in the Greater Golden Horseshoe area centered around the GTA — has not, until now, seized the opportunity to create a large-scale, outdoor summer destination for audiences to see and hear an eclectic mix of the world's leading musicians, singers and entertainers. BlackCreek changes that dynamic and at the highest level of artistry. This is a private sector initiative and an unparalleled opportunity for all of us. I for one cannot wait until opening night."

Well, neither can we! Check out the festival's website for more information.