Dogs in airports are usually led through the premises at the heels of particularly imposing security guards, sniffing around for questionable packages and sometimes catching a perp or two. However, an increasing number of airports in the United States are now using dogs as part of therapy programs designed to alleviate the stress of agitated passengers, having discovered the powerful results of momentary human-dog interaction. 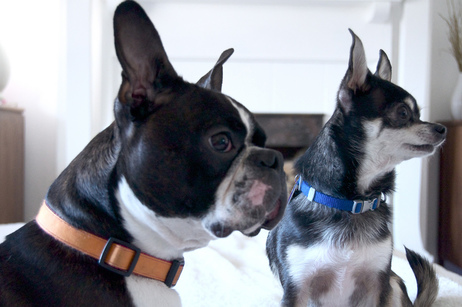 Comfort by Emily May

Researchers hypothesize that petting, playing, and talking to our furry friends cause endorphins — the brain's "feel-good" chemical — to release into the bloodstream, resulting in feelings of euphoria and a temporary inability to feel pain and anxiety. This endorphin fix is the perfect cure for the elevated stress and anxiety levels that most air travellers experience. The chaotic crowds, slow lines, and extended wait times that characterize the typical airport experience are usually enough to raise a traveller's blood pressure by a notch or two.

Currently, no major Canadian airports have a comfort dog program in place, but the program would likely be extremely well received, judging by its popularity and effectiveness in the United States. However, some institutions of higher learning in Canada — such as Dalhousie University, York University, and the University of Toronto, have made comfort dogs available to students during exam times to alleviate the stress associated with studying and juggling multiple assignments. 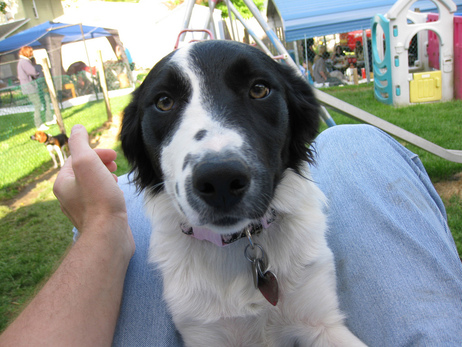 A volunteer airport chaplain at Mineta San Jose International Airport discovered the comforting effects of dogs in airports. He brought his pooch, Orion, to work one day in late 2001, when the anxiety surrounding air travel was fast approaching its climax in the United States. Orion's presence considerably improved the mood of anxious and fearful travellers, and the airport decided to formalize a dog therapy program that's still in place today. 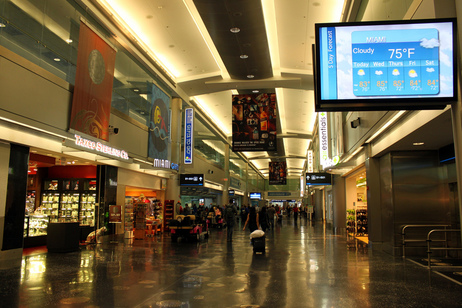 Other airports soon followed suit. Miami International Airport currently uses one comfort dog to put a smile on the face of travellers — a golden retriever named Casey. A testament to her immense popularity, Casey has her own website, frequently receives fanmail, and has a starring role in the reality TV show Airport 24/7: Miami.

Dickie Davis, director of terminal operations and customer service at Miami International Airport, has nothing but praise for the beloved pooch.

"Casey is so pure and genuine,"

"She's not asking for anything or selling anything. She is just a love magnet."

Continuing the trend of using comfort dogs to make navigation through busy airports that much easier, Los Angeles International Airport (ranked the second most stressful airport in 2012) uses nine comfort dogs and plans to expand its comfort dog program. The furry group is currently rounded out by a field spaniel, three Australian labradoodles, a poodle, a Doberman, a long-haired Dalmatian, a lab-pointer mix, and an Irish wolfhound named Finn. 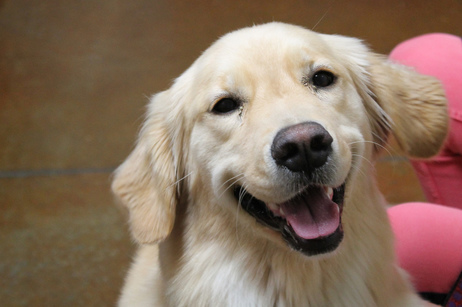 "When I'm around Finn, it makes me feel like things are okay. When Finn's around other people, they are okay. It's almost instant, even if just for a moment."

In airports with formal comfort dog programs, volunteers lead specially clothed dogs through a designated portion of an airport's terminal, where most passengers can't resist rubbing the canine's belly, gently petting her head, or asking to shake a paw. The results are remarkable, according to Heidi Huebner, director of volunteers at Los Angeles Airport.

"You can literally feel the stress levels drop. People start smiling, strangers start talking to each other and everybody walks away feeling really, really good," 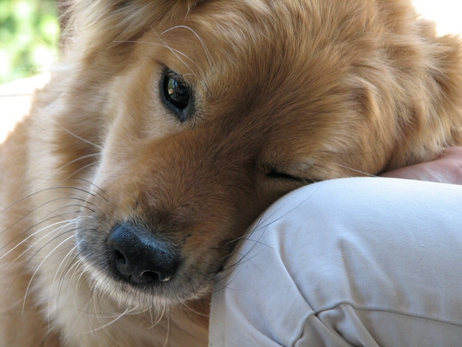 In order to qualify for the program, dogs must be healthy, well mannered, stable, calm, and comfortable with large, noisy crowds. Their handlers are taught to be on the lookout for people who fear dogs or may be allergic. Generally, though, people approach the dogs and begin to play, talk, or simply enjoy being close to the little balls of joy.

"You can just see the reactions of people. That's anybody — passengers, employees here, TSA (Transportation Security Administration) agents, everybody smiles."