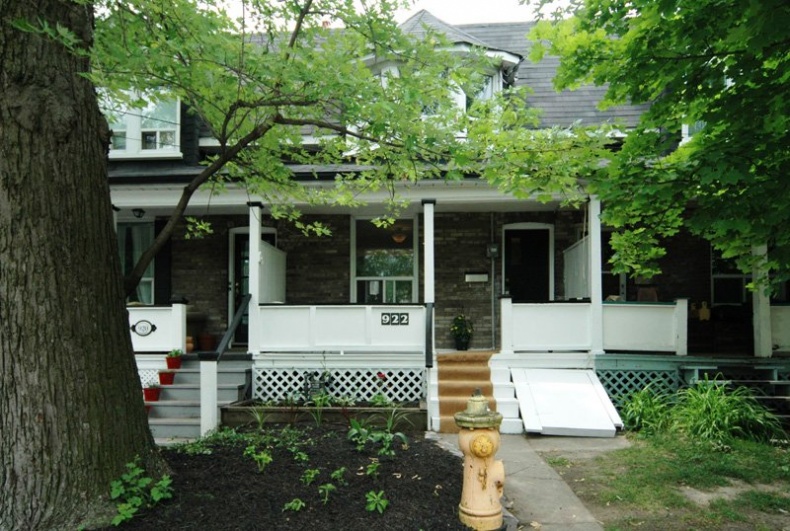 It didn't take long for this century-old row house to get snatched up, based on its location on a desirable street in Seaton Village, says agent Julie Kinnear.

Not only is it within a short walk from Palmerston Avenue Public School - popular for its French-immersion program - but it is also steps from a park, recreational amenities and public transit. Heading south, there are restaurants, shops and cinemas on Bloor Street West.

"It was very reasonably priced for being downtown," Ms. Kinnear states. "It's a quaint little neighbourhood with 10 houses on it, so everyone is very friendly."

As for the 1,258-square-foot residence, it has a traditional layout and character paired with modern updates.

The air-conditioning system and roof were replaced within the last five years, while the interiors were repainted, the second-floor bathroom was remodelled and three bedrooms were cushioned with carpeting over the last year.

The formal kitchen was recently spruced up with butcher-block counters, tile backsplashes and an island with a built-in dishwasher. A back door leads to a private deck. "The backyard was low maintenance," adds Ms. Kinnear.

Also on this level is a dining room and adjacent living room with a wood-burning fireplace.

The new owner can finish the basement for more space, and apply for a permit for street parking.