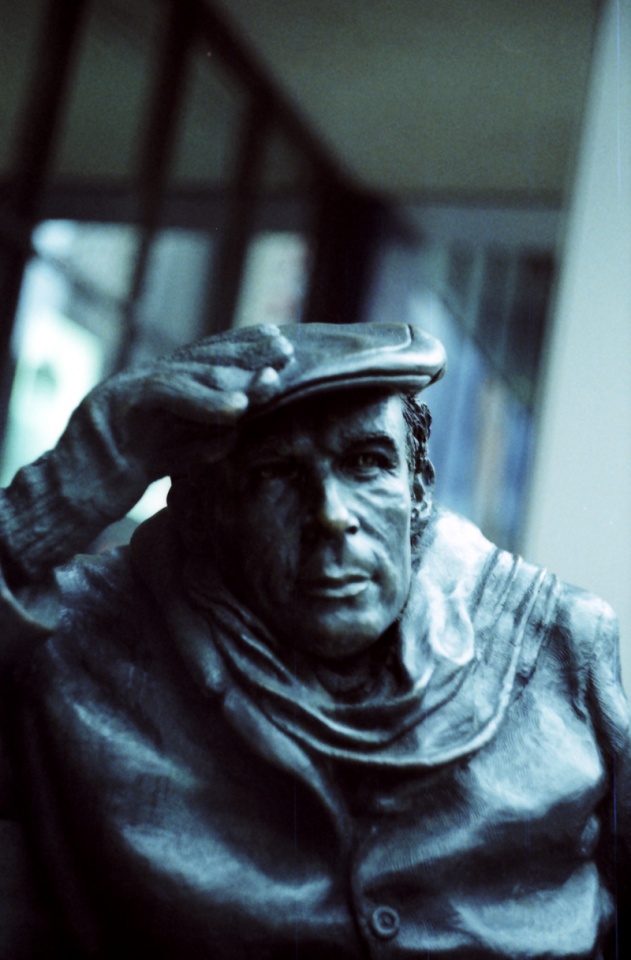 One of Canada's foremost classical musicians, Glenn Gould was born into a musically inclined family (his mother was a cousin of the Norwegian composer Edvard Grieg) on September 25th, 1932, in the area of Toronto known as the Beaches. Demonstrating great talent at an early age, Gould studied piano at first, and then organ and musical theory at Toronto's Royal Conservatory of Music.

He played his first professional recital in 1947, at the age of fifteen. By the time he was twenty, Gould had played piano across Canada, and was lauded both for his technical brilliance and skill of expression. In 1950, he made his first radio broadcast and began a lifelong interest in the radio and with recording and editing technology in general. In 1957, Gould embarked on his first European tour into the Soviet Union and would later play in countries such as Germany, Italy, and Israel.

The Goldberg Variations, composed by Johann Sebastian Bach, comprise what is probably Gould's best known recorded work. The album was one of the first the twenty-three year old pianist ever recorded, and its release in 1955 launched him into international attention and acclaim. Today, Gould's eccentric and creative rendition of the Variations is probably the best known and, for many, the definitive version of the work. Although increasingly famous and controversial due to his unorthodox interpretations (and in some cases, alterations) of pieces by Bach, Mozart, and other well-known composers, Gould found live concerts demeaning, and much preferred the recording studio to a live audience.

In 1964, Gould gave up concerts entirely, and devoted himself to recording, writing (his perspectives on music and the media sometimes paralleling those of his 'media guru' friend Marshall McLuhan), lecturing, broadcasting, and composing. He planned to involve himself a great deal in conducting, but his ambitions in this area never bore fruit. He died of a severe stroke on October 4th, 1982, and was buried in Toronto's Mount Pleasant Cemetery. He was, and still is, recognized as one of the great musicians of the 20th century and one of Canada's great cultural icons.