The Village is a distinct neighbourhood and the heart of Toronto’s LGBTQ community - just ask any tourism guide. Roughly bordered by Gerrard Street at the south, Charles Street to the north, Yonge Street to the west, and Jarvis street to the east, the nucleus of this thriving neighbourhood lays along the thriving commercial strip situated on Church street, running from Wellesley Street south to Alexander Street. Today the area boasts many restaurants, community centres, bars, parks, and businesses that cater to residents and tourists alike. 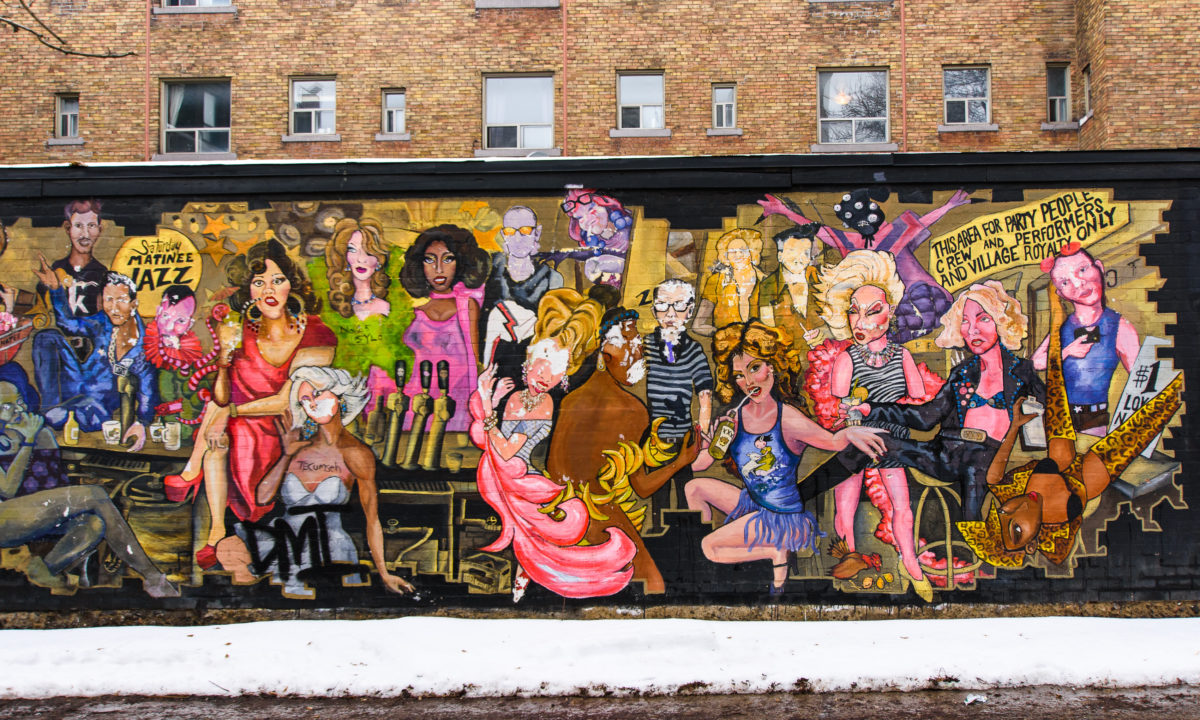 Just by taking a look around the streets in the Village, it’s easy to see that people have been living here for quite some time. There are many gorgeous and historic Victorian houses and buildings lining the streets that date all the way back to the 19th and early 20th century. In the late 19th century, neighbouring areas of Church, Jarvis, and Sherbourne became popular with the wealthy with a number of mansions being built.

A lot of this area, 25 acres of land to be specific, was the estate of a Scottish merchant and magistrate of Upper Canada (an original ‘province’ of Canada that was formalized by the Kingdom of Great Britain in 1791) named Alexander Wood. In 1810 Alexander Wood was centred out in a sexually related scandal and accused of using his position of power and wealth to make advances towards other men. Wood left for two years to let the scandal die down. As a result his land was titled "Molly Wood’s Bush" as "molly" was a 19th century derogatory slang term for ‘homosexual’. 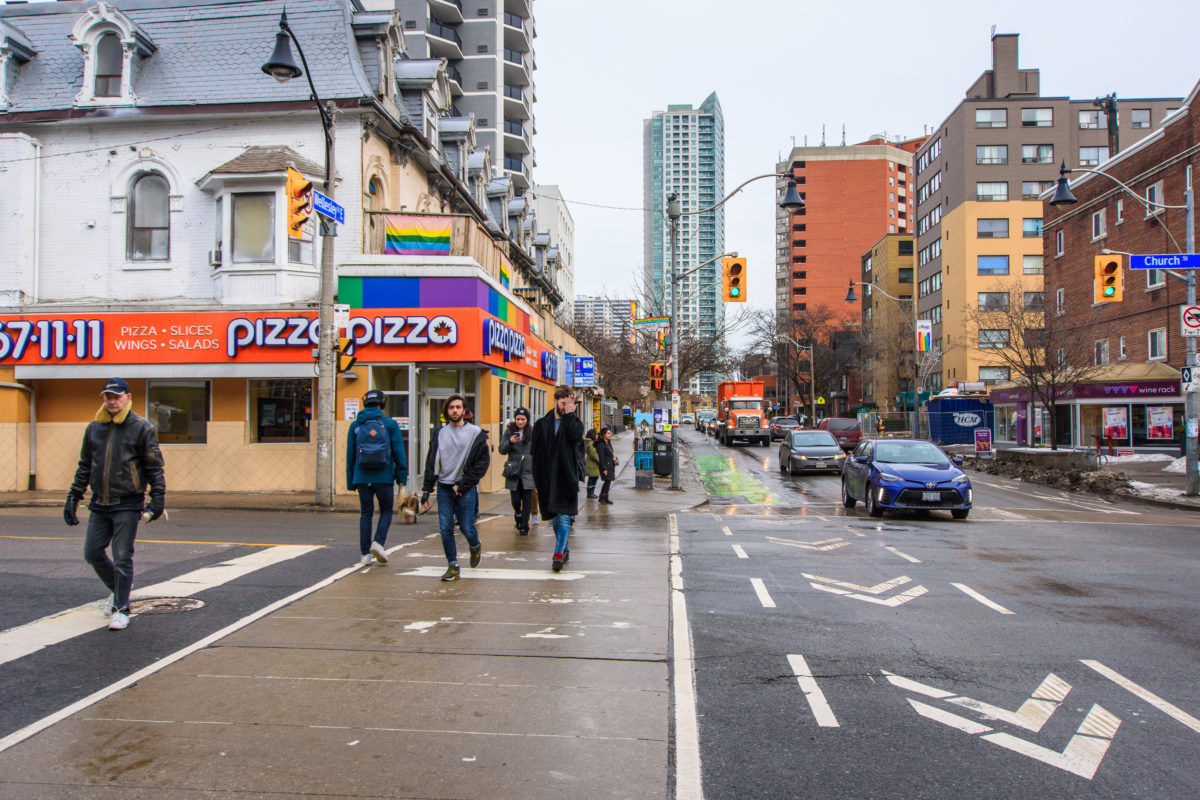 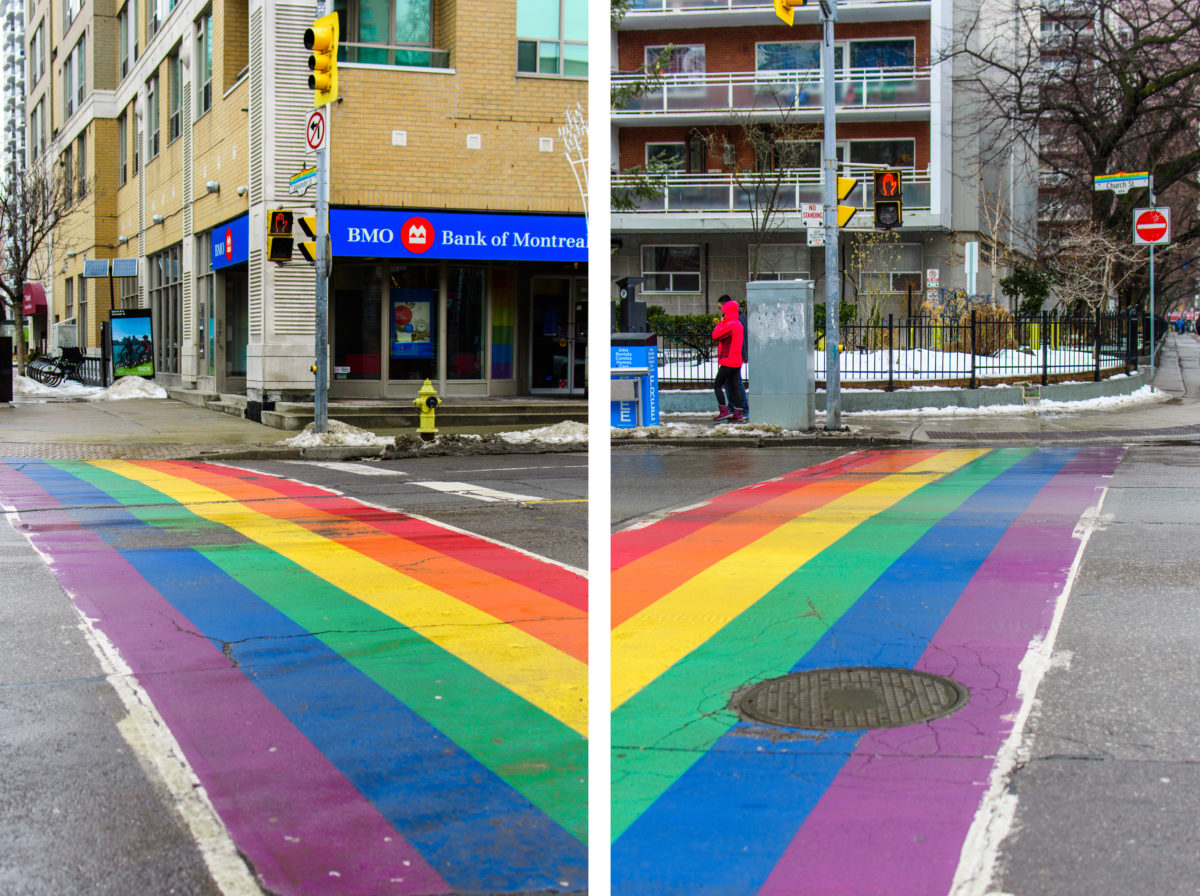 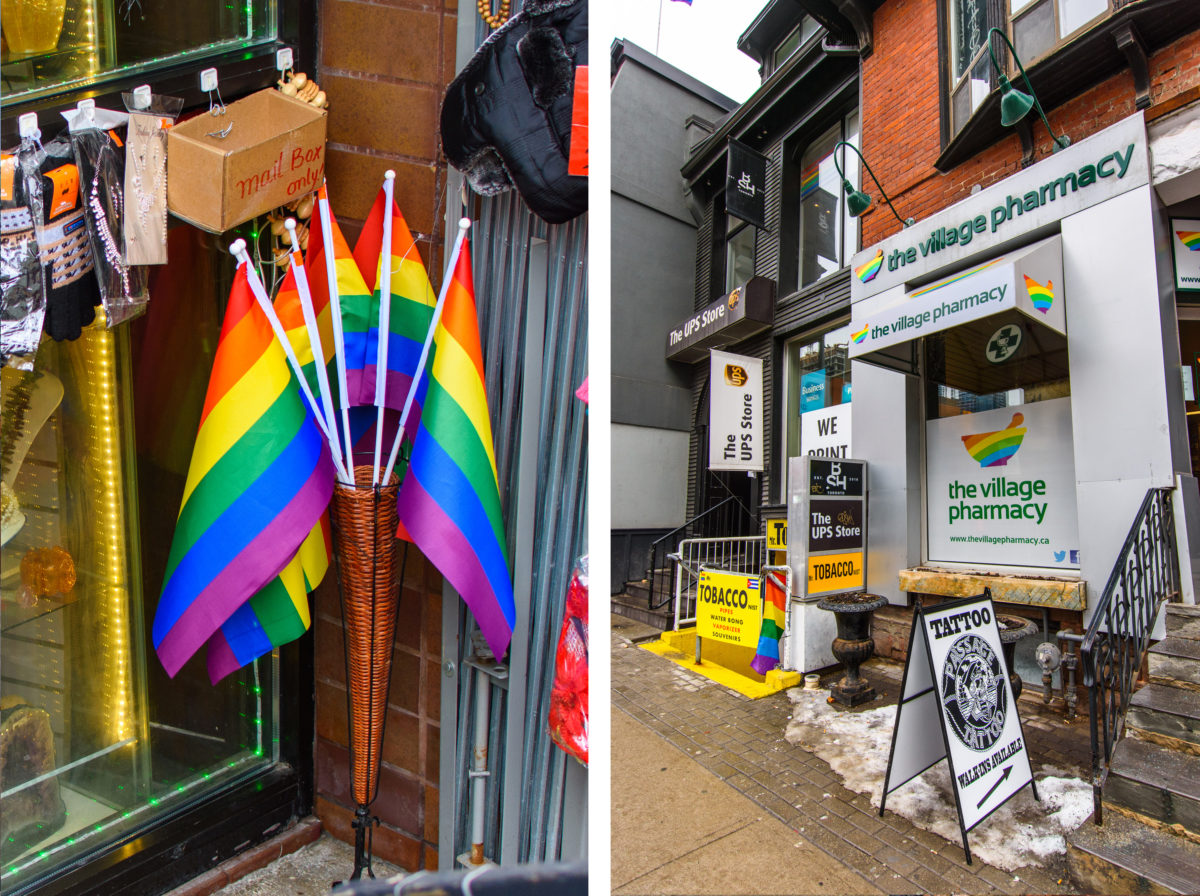 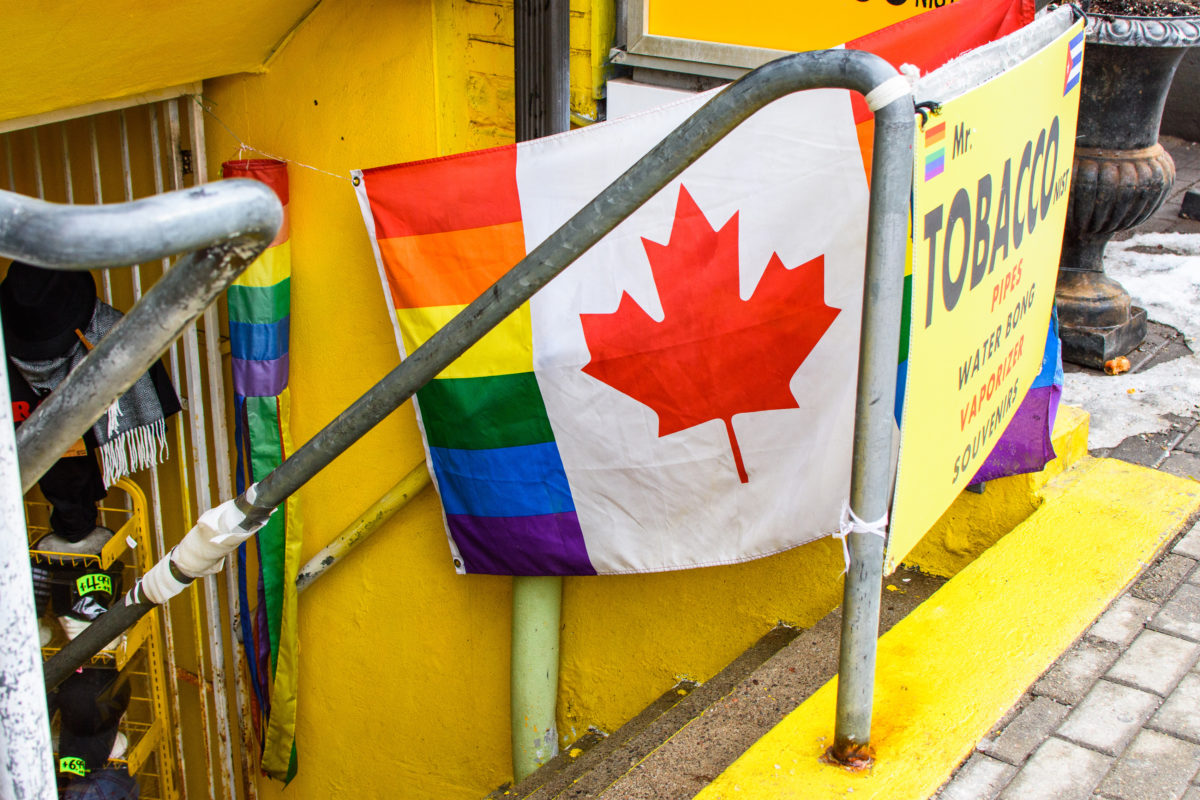 After Wood died in 1844, his land was developed. Today Wood is celebrated as a founder of Toronto’s LGBTQ community. In addition to the street names of Wood and Alexander located in the Village, in a homage to the previous owner, a statue of Wood was placed at the corner of Church and Alexander Streets in 2005.

During the depression era, The Village became known as an ailing rooming-house neighbourhood, only to experience the effects of gentrification in the 1950’s when the city’s first high rise apartments were built between Wood and Alexander Streets. 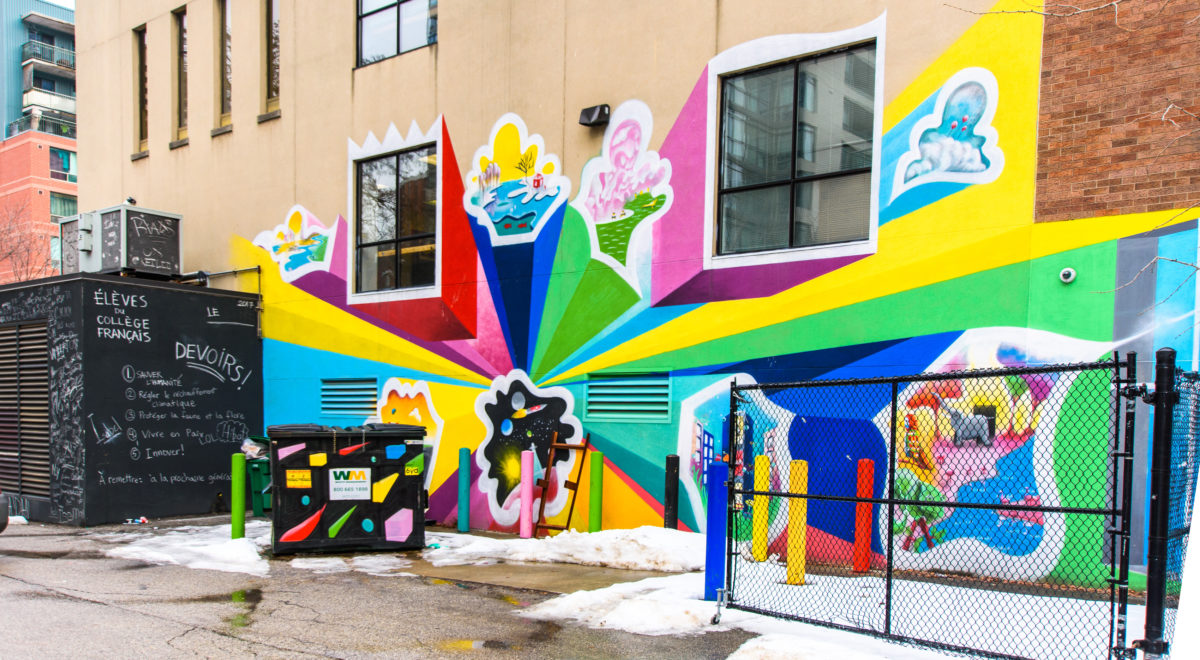 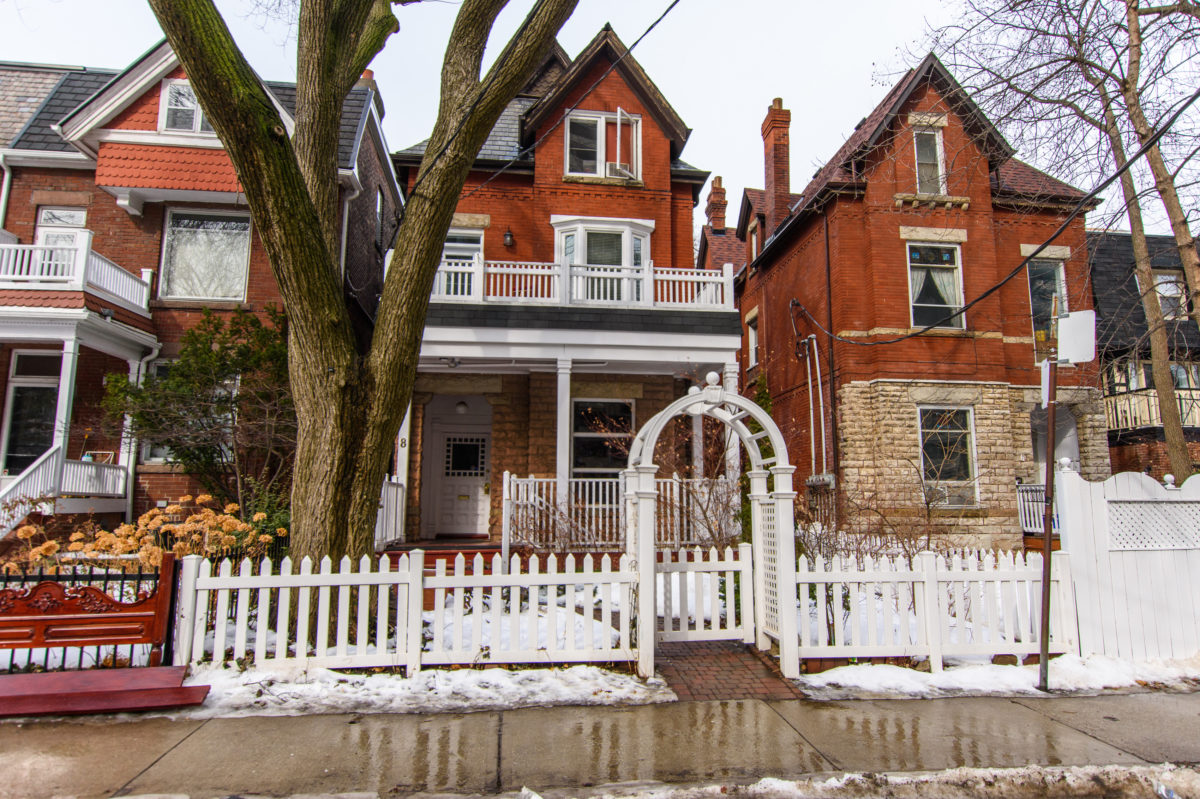 Up until the 1960’s the ‘scene in the village’, which at the time was primarily male, was underground and consisted of particular bars and bathhouses that were not entirely gay businesses, but were known to be frequented by men in the gay community. The most well-known establishment catering to the gay subculture in the city was the St. Charles Tavern on Yonge Street. Nearby, just east of Church Street, Allan Gardens became known as a cruising area for gay men. In 1961, The Maison de Lys opened, which was the first club where both lesbians and gay men could go to enjoy same-sex dancing.

Unfortunately, bars like St. Charles Tavern became a focus of many homophobic attacks, and events like the annual Halloween drag contests became impossible to host after repeated incidents of people throwing eggs and spoiled fruit at contestants. The Tavern is gone, but its impact on creating a community remains unchanged today. 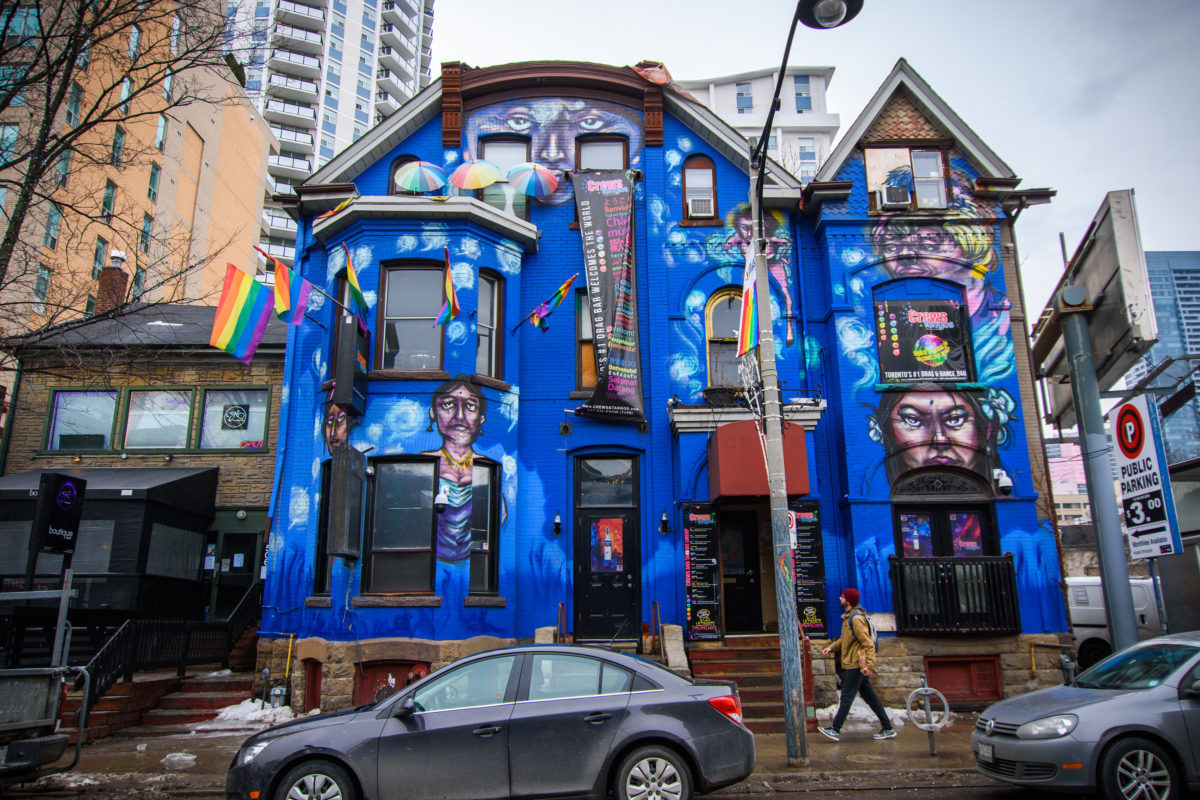 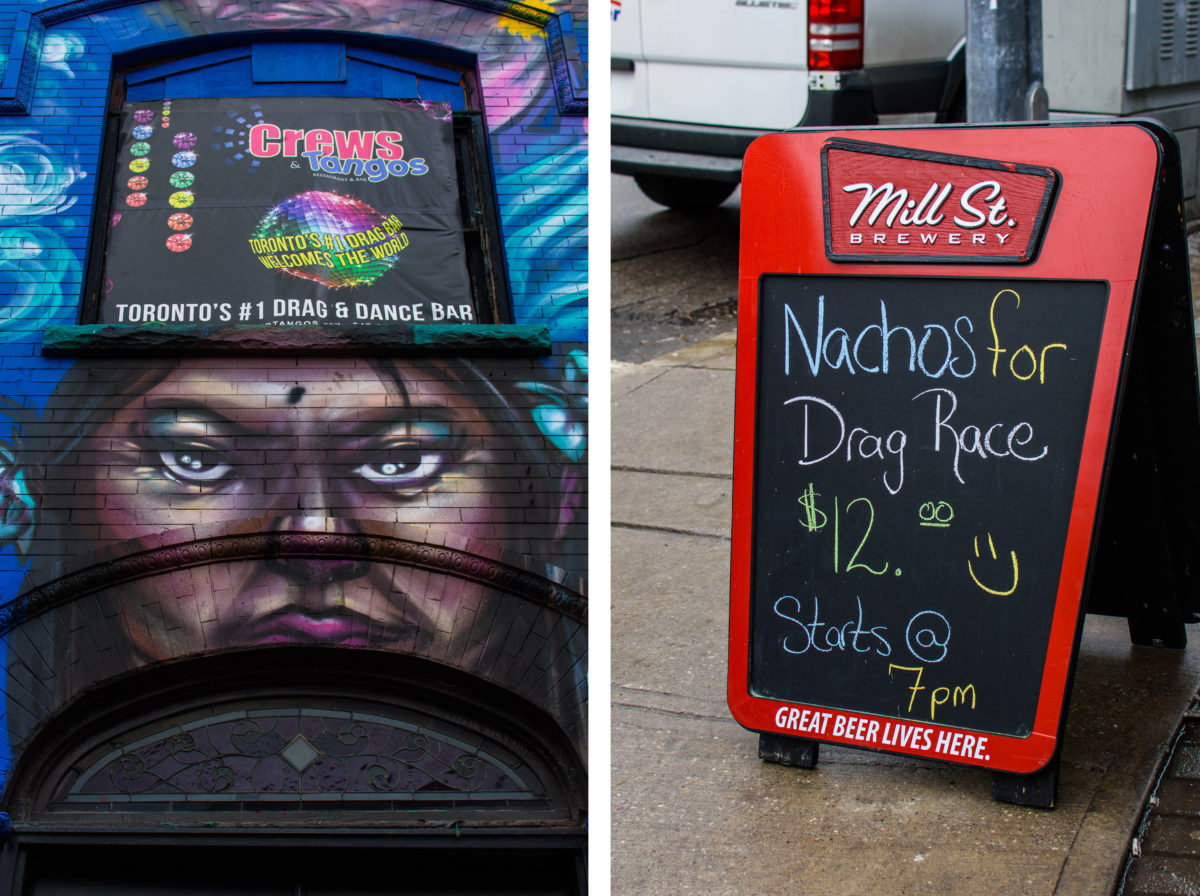 In 1969 there was a huge national movement for the gay community when then Prime Minister Pierre Trudeau decriminalized consenting sexual acts between people of the same sex, reciting his famous statement, "the state has no place in the bedrooms of the nation."

In the mid-1970’s Toronto’s first LGBTQ oriented bookstore, The Glad Day Bookshop, opened its doors on Yonge Street paving the way for a number of gay-oriented businesses to open their doors within the burgeoning community. The Glad Day Bookshop is still open today. It has the honour of remaining the world’s oldest LGBTQ bookstore, and has moved from its original site on Yonge Street to 499 Church Street. By the 1980’s The Village was an accepting area and a hot spot for the gay community. 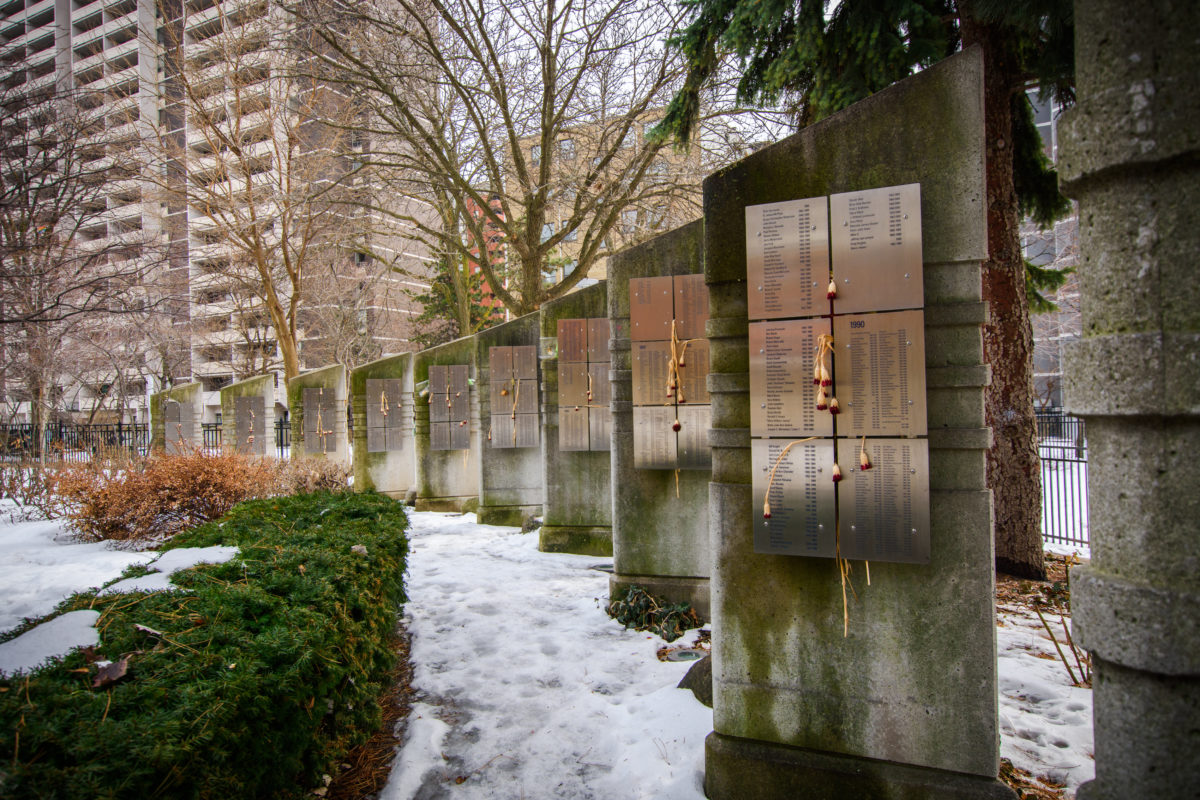 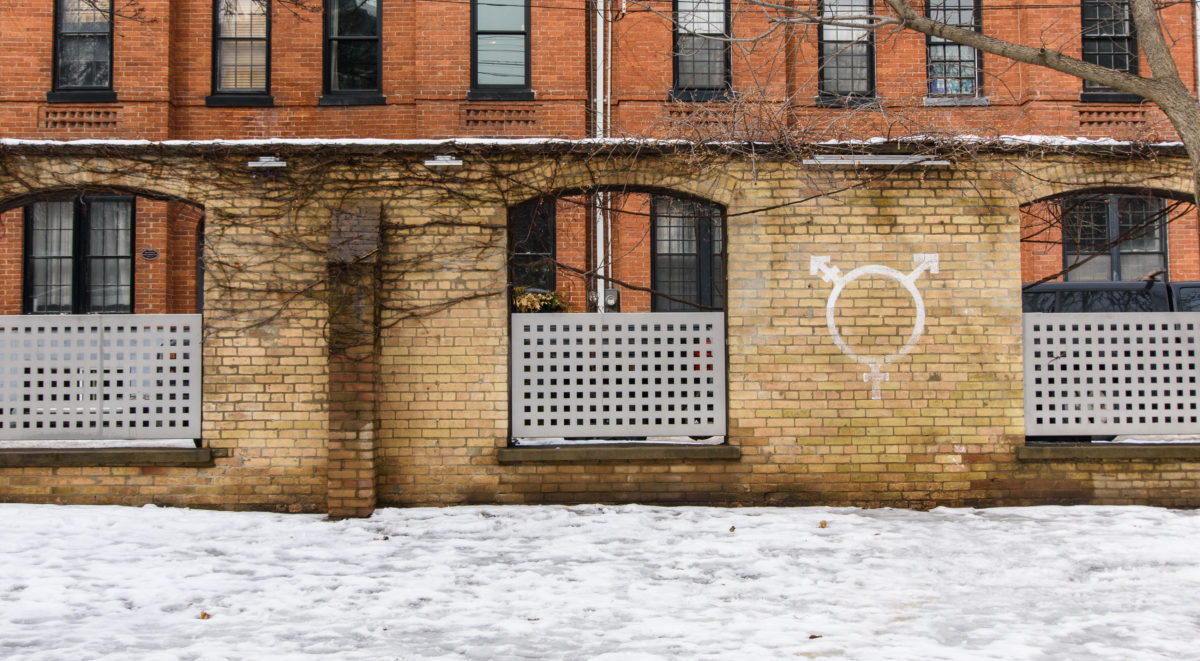 The Birth of Pride

In what seemed like a two steps forward, a hundred leaps back, on February 5, 1981 Toronto police raided four local bathhouses and arrested hundreds of men. The impact of this public display ruined the lives and reputations of many locals. While horrible, this event brought together the gay community in a meaningful way. The following night, 3,000 people marched on 52 Division and Queen’s Park to assert their rights. In spring 1982 Toronto hosted its very first Pride Celebration on Toronto Island. In 2016, Toronto police Chief Mark Saunders made a public apology for the 1981 bathhouse raids.

Toronto Pride celebrations quickly evolved from the original Toronto Island celebration, moving to King’s College Circle at The University of Toronto, taking over the 519 Community Centre and Cawthra Square. By 1984 the celebration had grown so much in size and scope that the city first closed down Church Street to create the pedestrian promenade we all know today, with the street currently closing from Carlton to Bloor for most of the Pride weekend each year. 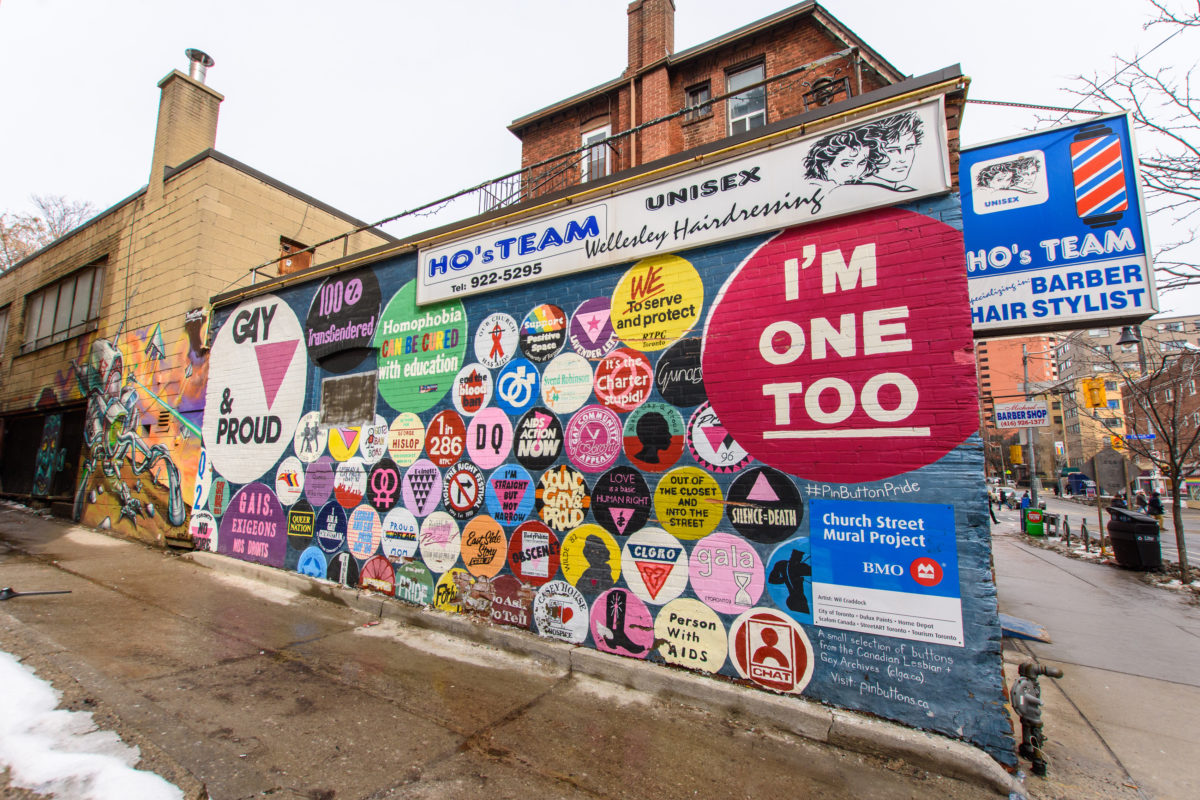 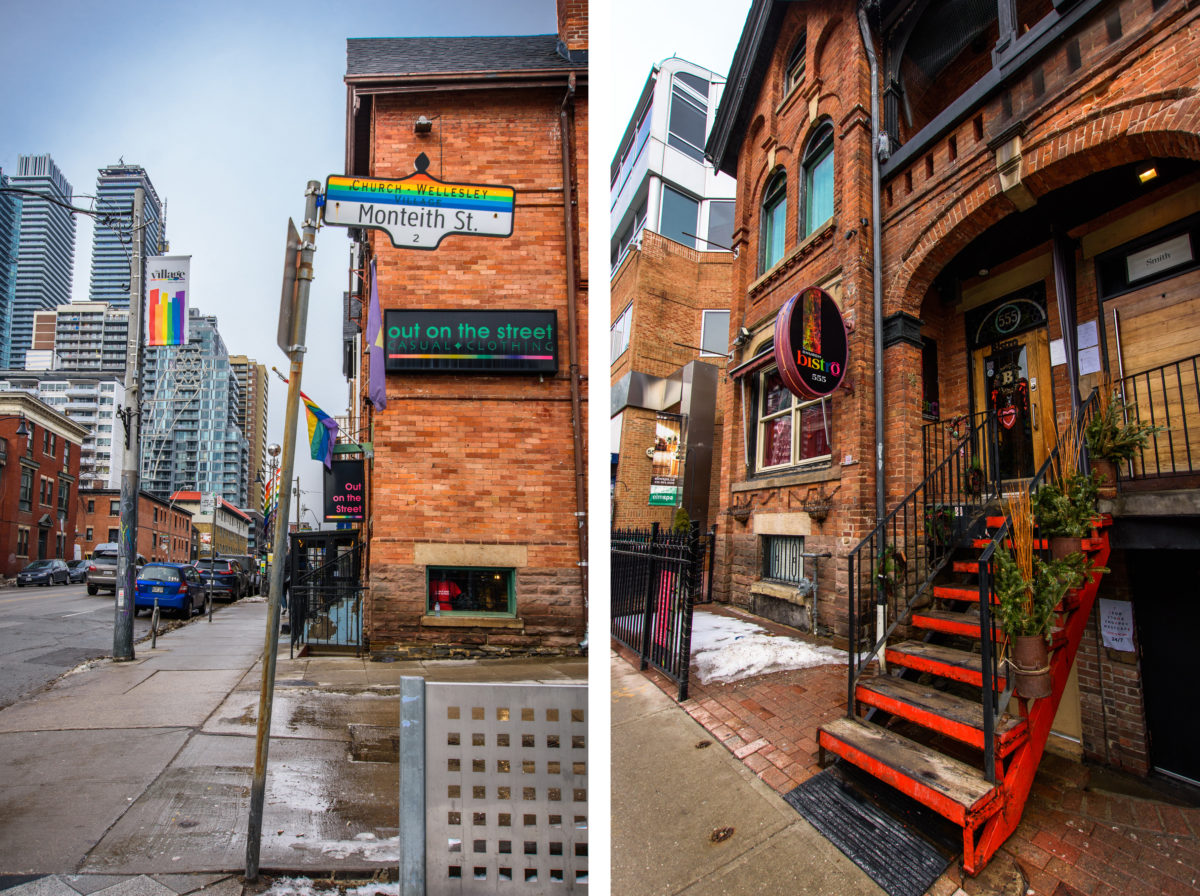 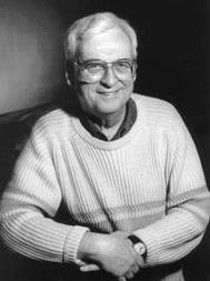 George Hislop was a gay businessman and influential activist. He was also a co-owner of one of the bathhouses raided in 1981, and he helped organize the first Canadian gay rights demonstration on Parliament Hill. Hislop ran for city council in 1980 as the first openly gay candidate, then for provincial office in 1981, placing fourth. This paved the way for Kyle Rae, who was elected as the city’s first openly gay councillor representing the Ward that included the Church and Wellesley community, and then his successor Kristyn Wong-Tam, who was elected as the city’s first openly lesbian councillor. Hislop never stopped his activism, and was one of many who launched a lawsuit against the federal government surrounding Canada Pension Plan benefits going to surviving same-sex partners after their death, and the change of 1998 not being retroactive. In 2003, George Smitherman nominated Hislop for the Order of Ontario. Today there is a park on Isabella Street in honour of Hislop. 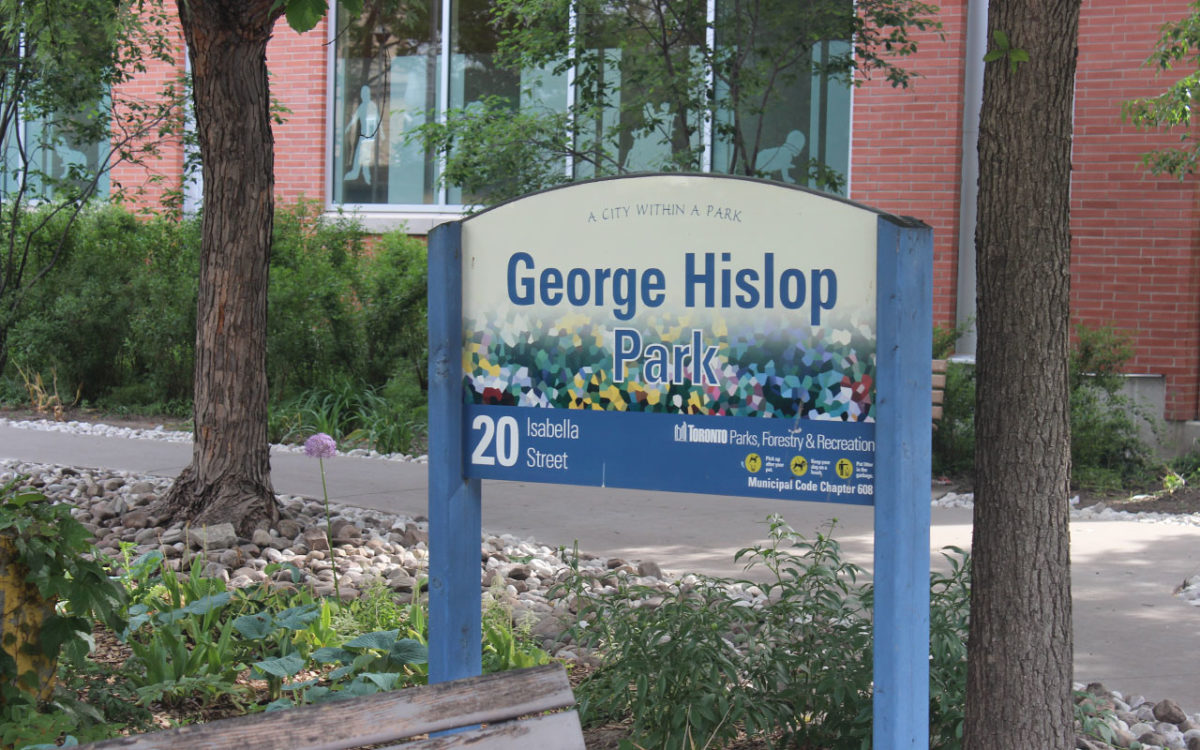 The 519 first opened its doors to Toronto’s LGBTQ community in 1975 as a safe refuge for numerous Canadians who moved to the city. It is considered the ‘geographic heart’ of Pride celebrations and houses hundreds of organizations supporting the LGBTQ+ community both locally and internationally. 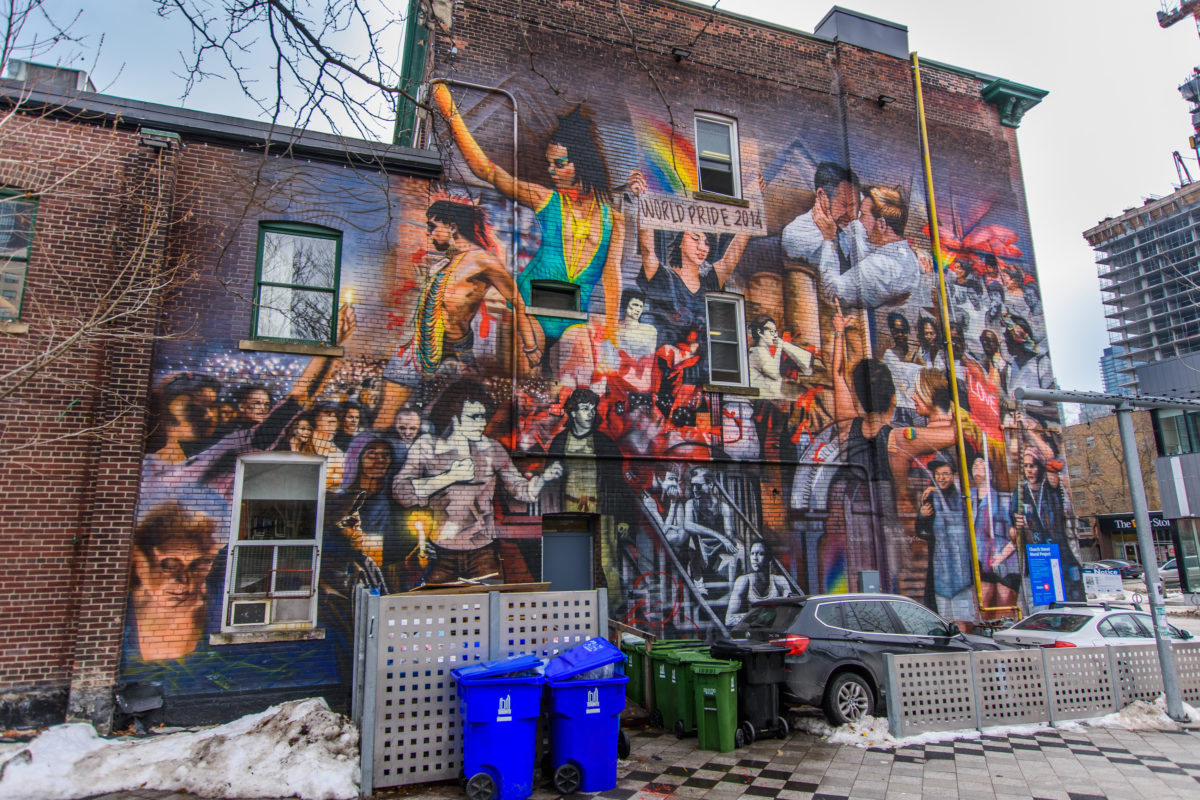 Modern Times In The Village

Today most residents in the Village are working adults who are 25 and older. There are more and more families with children joining the community. Today in addition to long-standing social staples like O’Grady’s On Church who host everything from weekend brunch to Dirty Bingo, people can also enjoy a show at Buddies in Bad Times Theatre. They can be seen with a specialty cocktail at places like Boutique Bar or have a low key casual drink and catch the Leafs game at The Church Mouse Firkin Pub. The ever-popular Church Street Starbucks in the core of the Village remains a staple of the neighbourhood and a great place to meet locals. 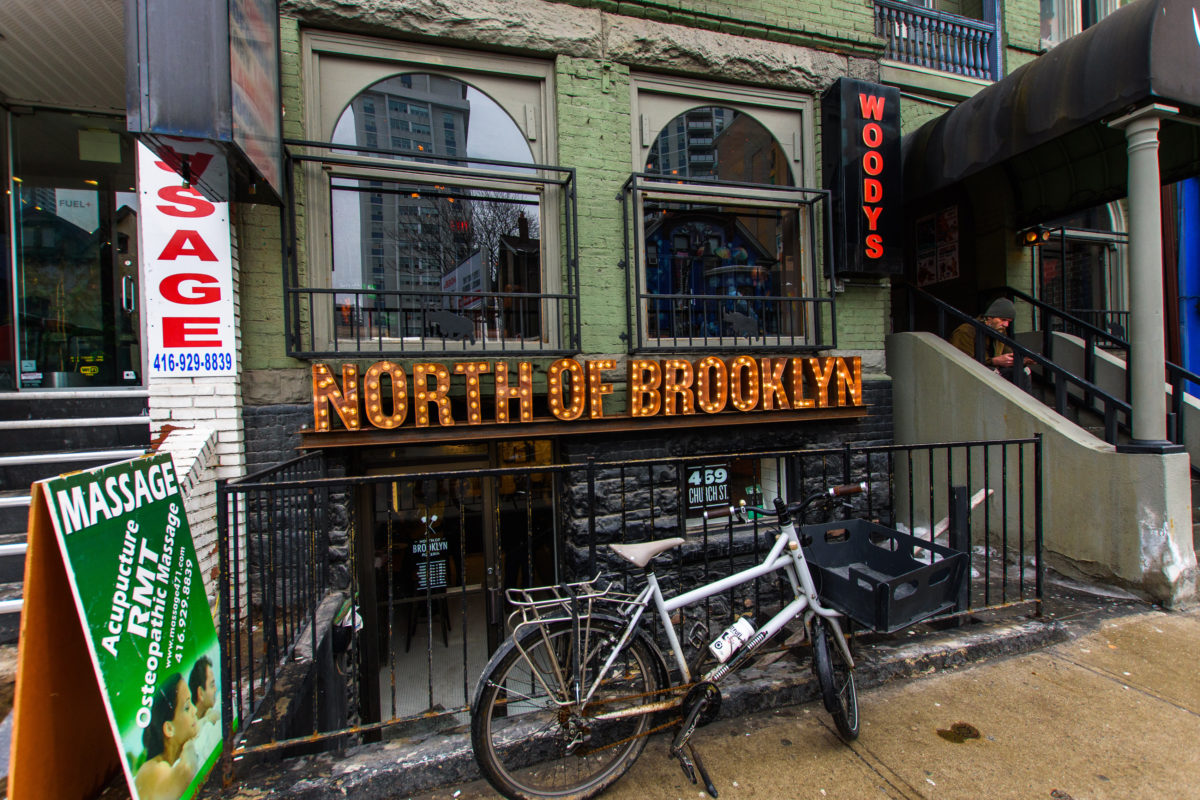 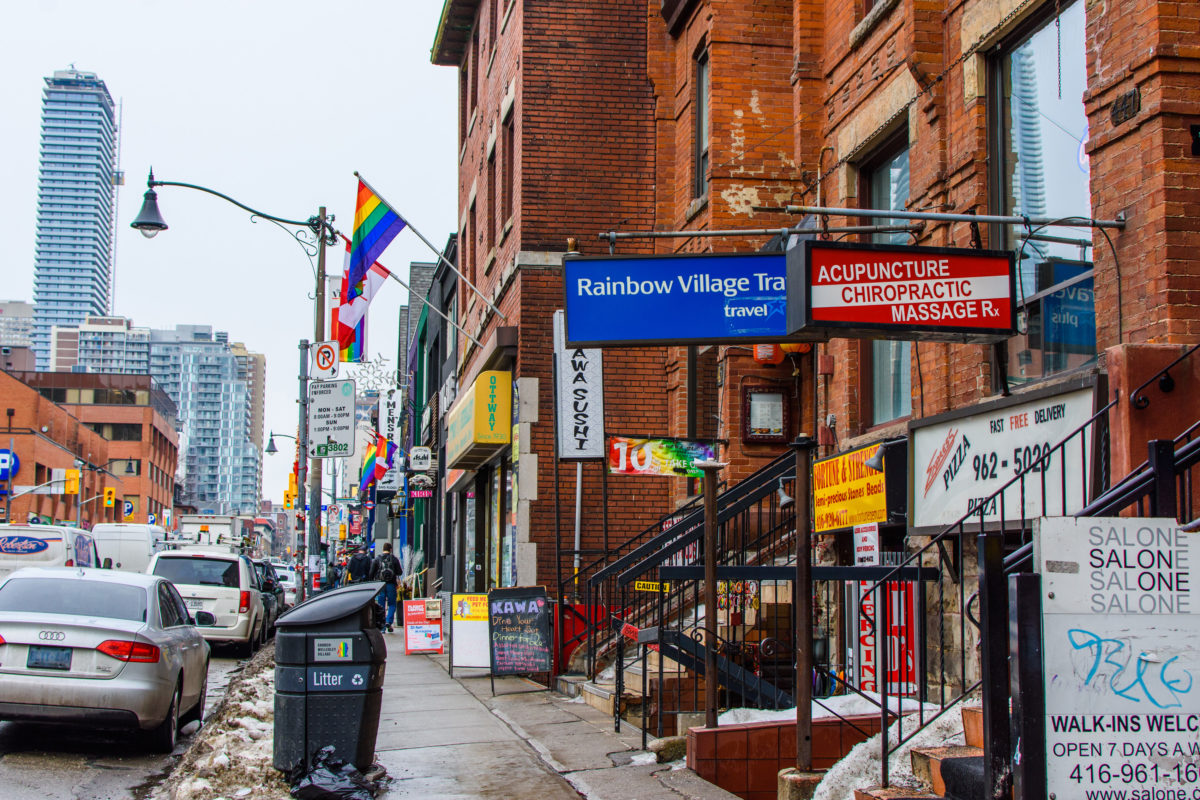 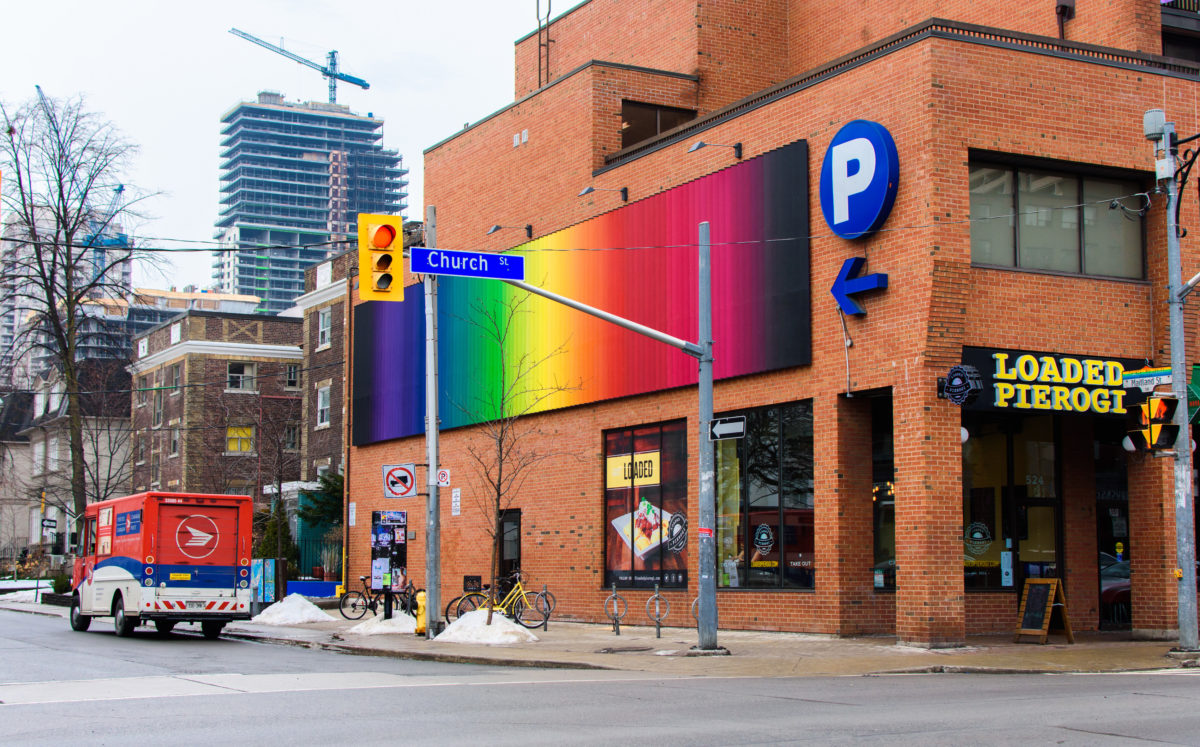 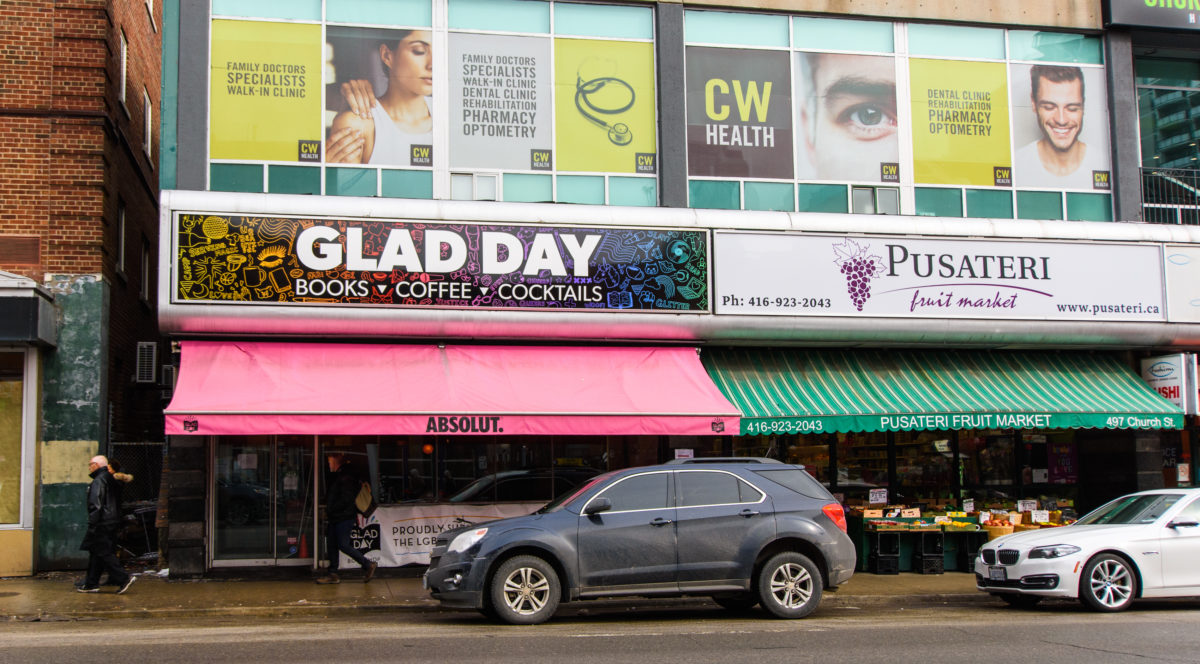 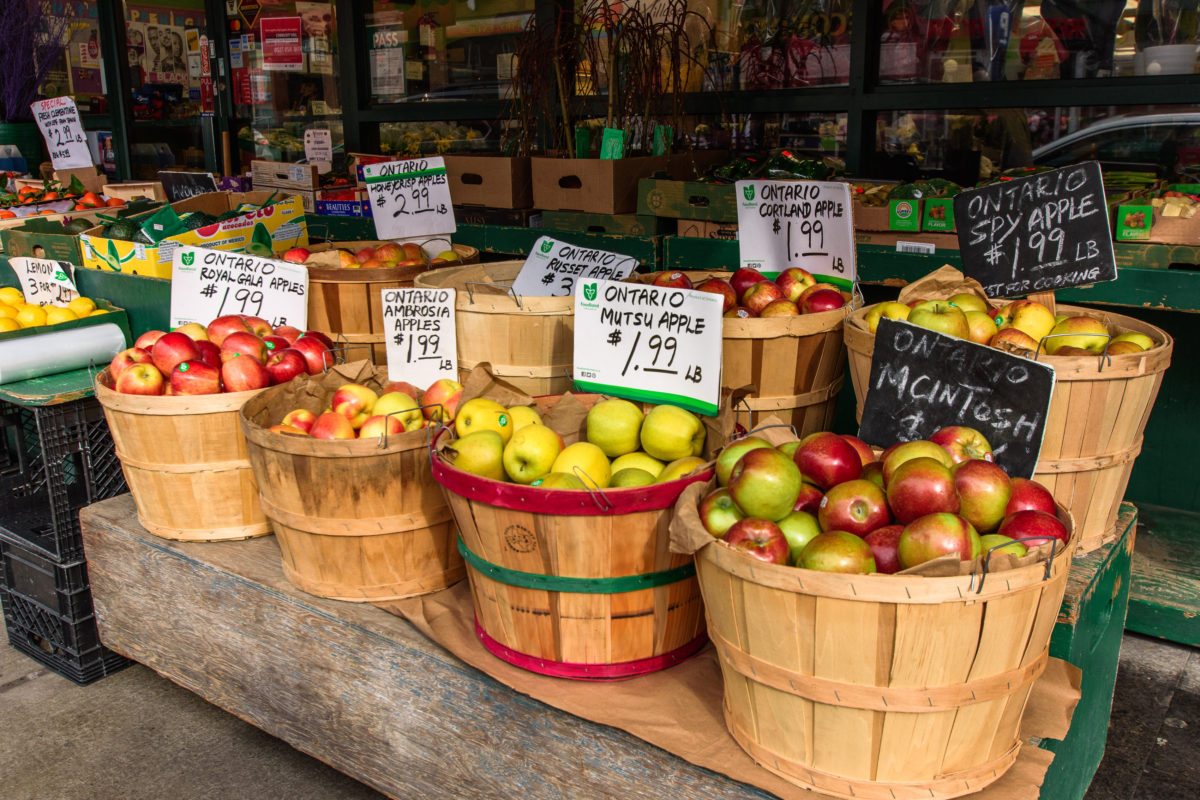 As the LGBTQ community expands to different locales around the city, its future community is anyone’s guess. Some long-term members of this community are aging into healthy and active seniors. This is the perfect place for both singletons and couples who enjoy the downtown, subway accessible metropolitan vibe. 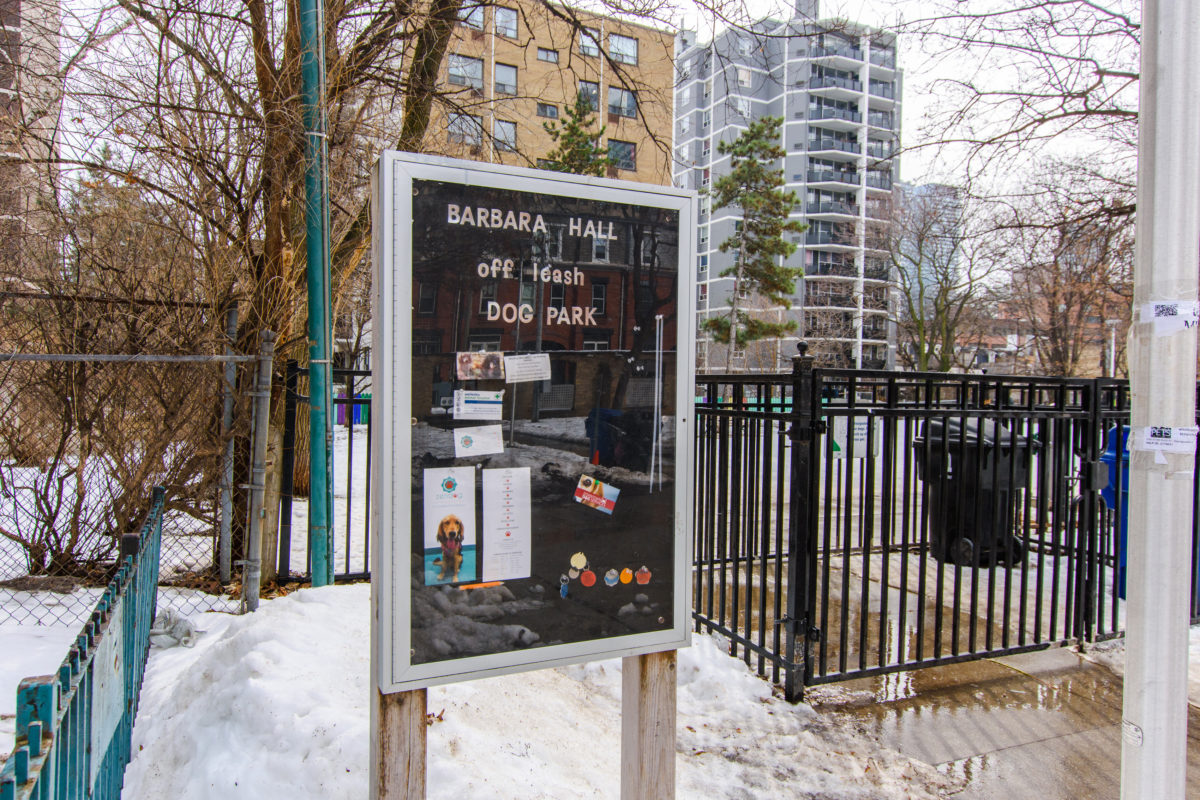 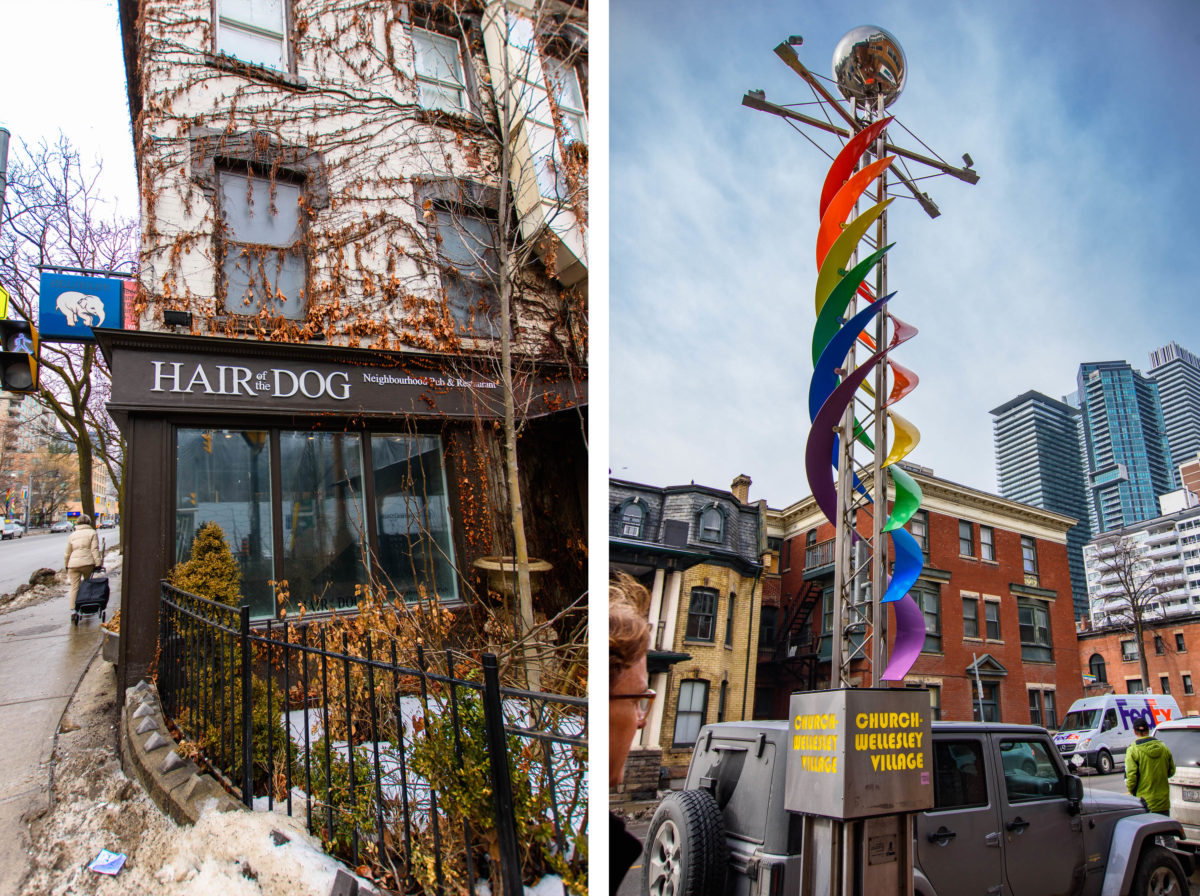