About 60 groups explored this 2½-storey town home at a private showing or weekend open houses. More than one interested party presented an offer to the sellers on the day bids were reviewed. 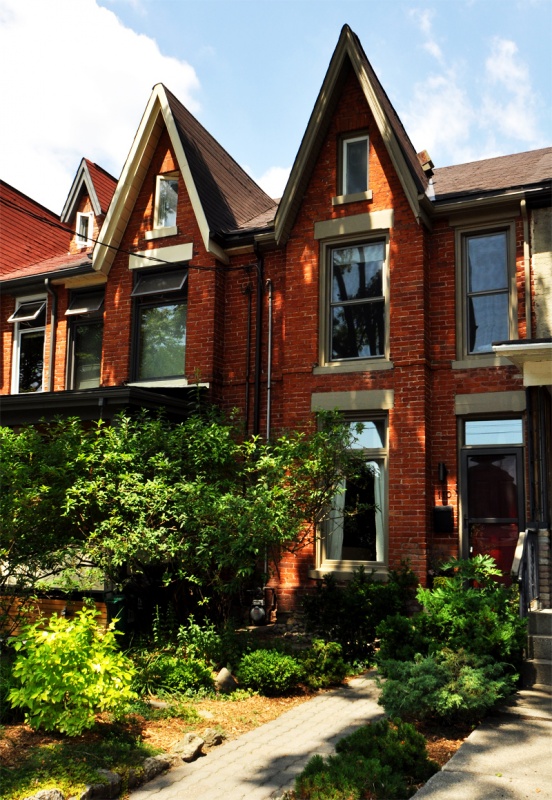 Since 2004, the previous owner of this more than a century-old Victorian carried out extensive renovations to create a 1,703-square-foot space with modern operating systems, stylish finishes and new roofing and windows, among other things.

A floating staircase leads to the second floor where a third bedroom was converted into a semi-ensuite bathroom with a rare laundry area and access to the walk-in closet of the larger of two bedrooms.

The third floor was expanded into a large master retreat with his-and-her closets, a wall of windows and a door to a deck, along with an open three-piece bathroom with a slate-covered shower built into the roof's peak.

The 416-square-foot basement houses a recreation room and bathroom.

The 15- by 122-foot grounds feature perennial gardens, a shed and flagstone parking pad to a laneway.

"Roncesvalles Village is pretty hot, and this is in the heart of it," says agent Julie Kinnear, who cites amenities nearby, such as Fern Avenue Public School down the street, Sorauren Park and shops on Roncesvalles Avenue. "It had parking, which is good too, because not all of them have parking." Physical attributes of this house were also appreciated. "It was a Victorian, which made it cool, but they also did a lot of renos, so it had clean lines and character," Ms. Kinnear says. "It had a master suite, which was fantastic [as it has] the cathedral ceilings and walked out to a big deck, and the other bonus was it had a family room off the kitchen, which is where all the kids hang out and all the action is."

From Friday's Globe and Mail by Sydnia Yu, Nov. 17