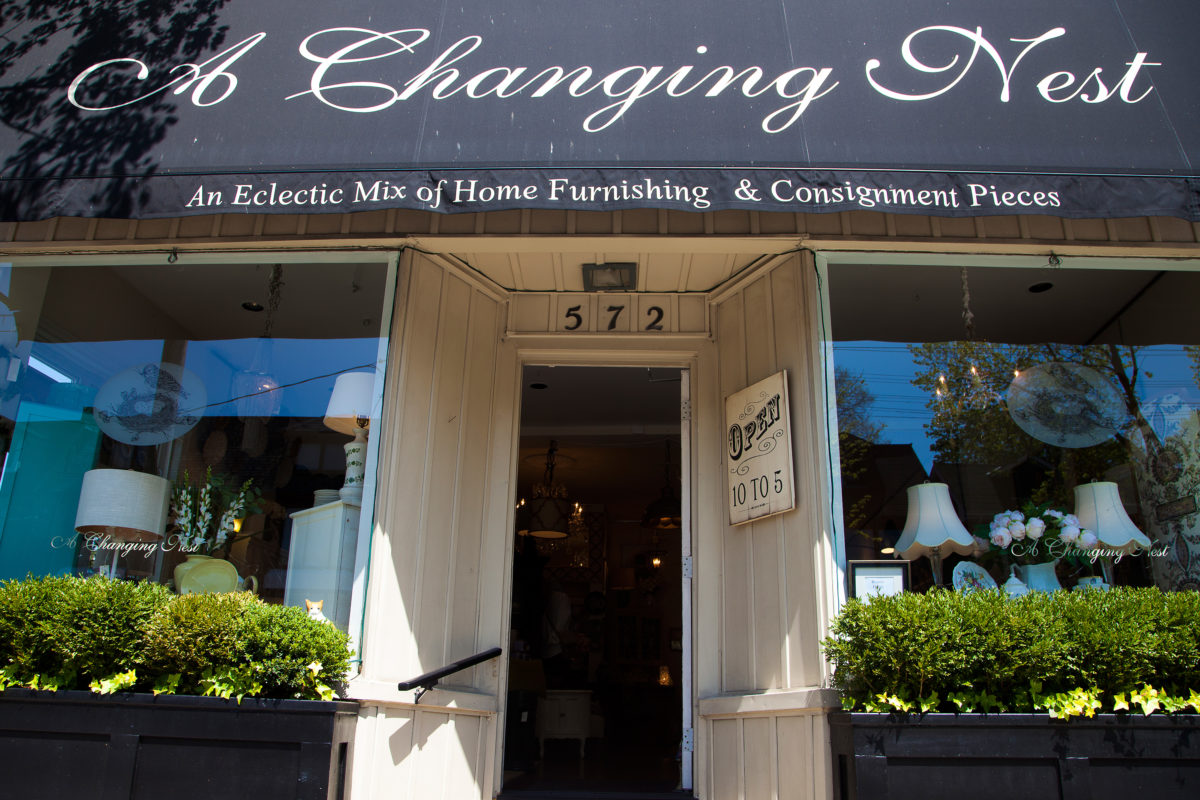 Once my title of 'Mom' was no longer first and foremost in my life, and my two daughters were off on their own, it was time for me to re-evaluate who I was, and what I was going to do with this next chapter of my life. And this just made sense to me because I've always loved decorating, loved anything to do with the home. So it was the right fit for me.

This was Diana Ross' explanation for her decision to open her furniture shop A Changing Nest in 2011. She's not kidding about loving everything to do with the home. The Nest is full of connections to home and homey things. Even the neighbourhood is appropriate; Bloor West is where Ross grew up, and where she's always lived. 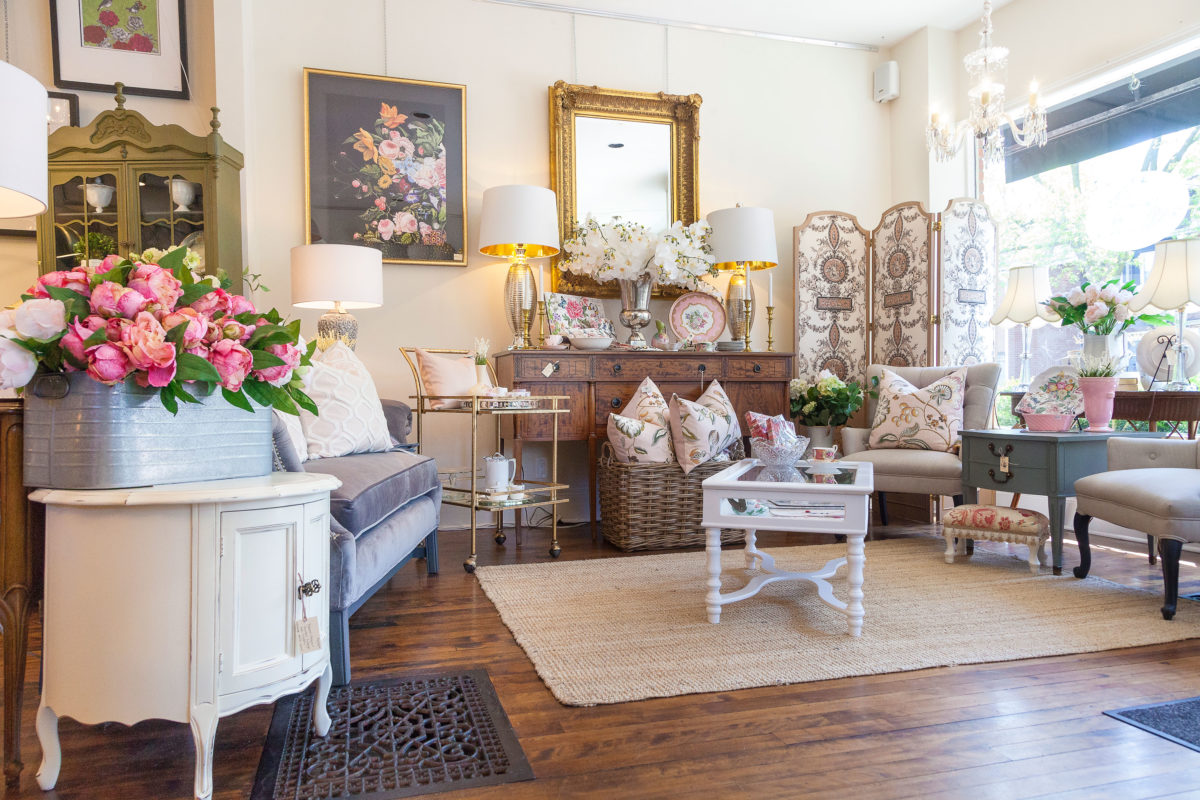 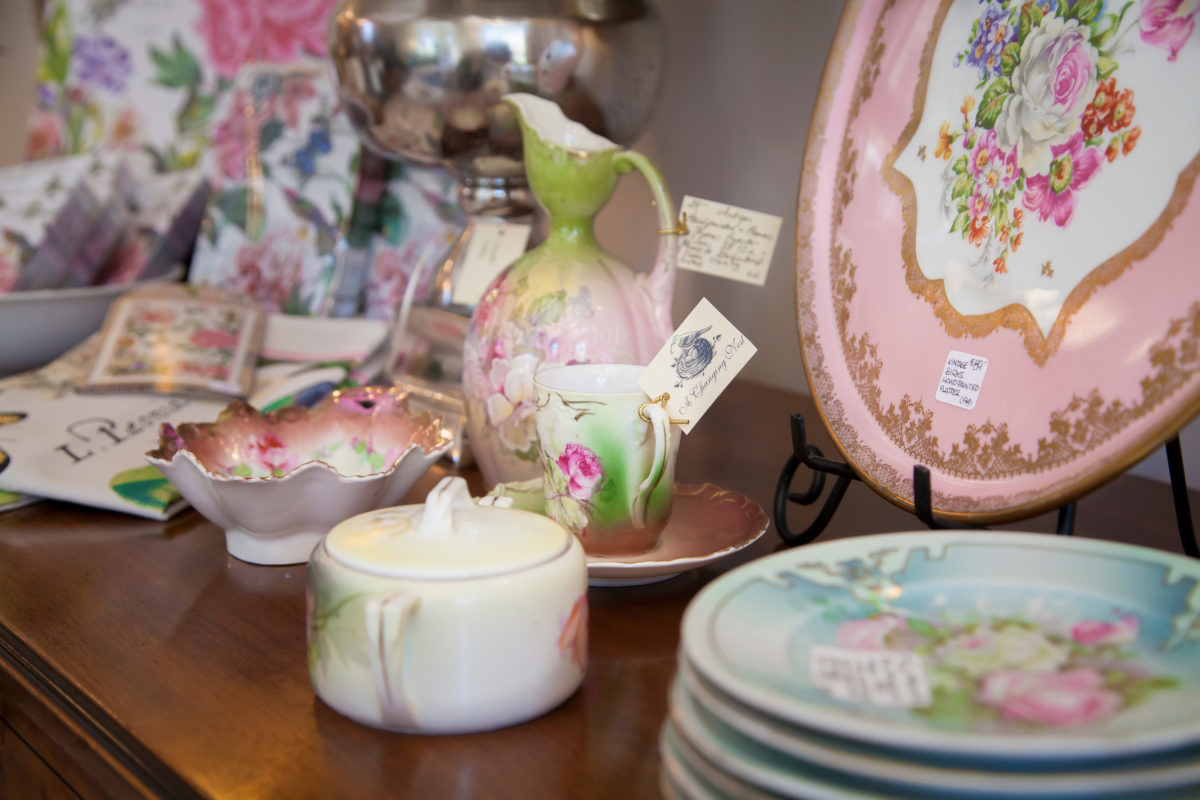 Ross chose the name 'A Changing Nest' for its suggestion of constantly evolving home and comfort, and it's immediately apparent upon entering her store that it – once upon a time – used to be a home itself:

I bought it from a family who had owned it for sixty-plus years. The father was an upholsterer, and he was well-known – I think most of the houses here at Bloor West have upholstered pieces by him.

When he retired and his daughter finished raising her children there, Ross bought the house from them:

People always tell me when they come into this building it just has a beautiful feel. And I really think that's probably in part because of who lived here for all those years. 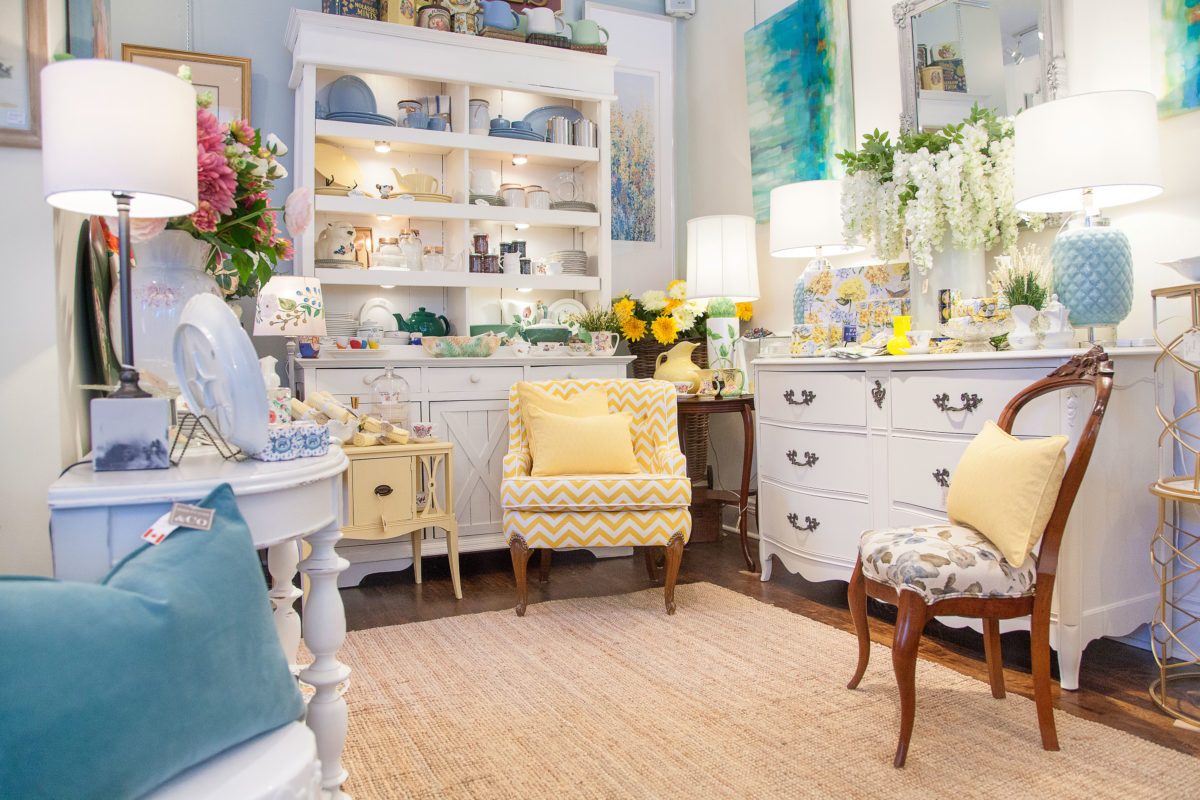 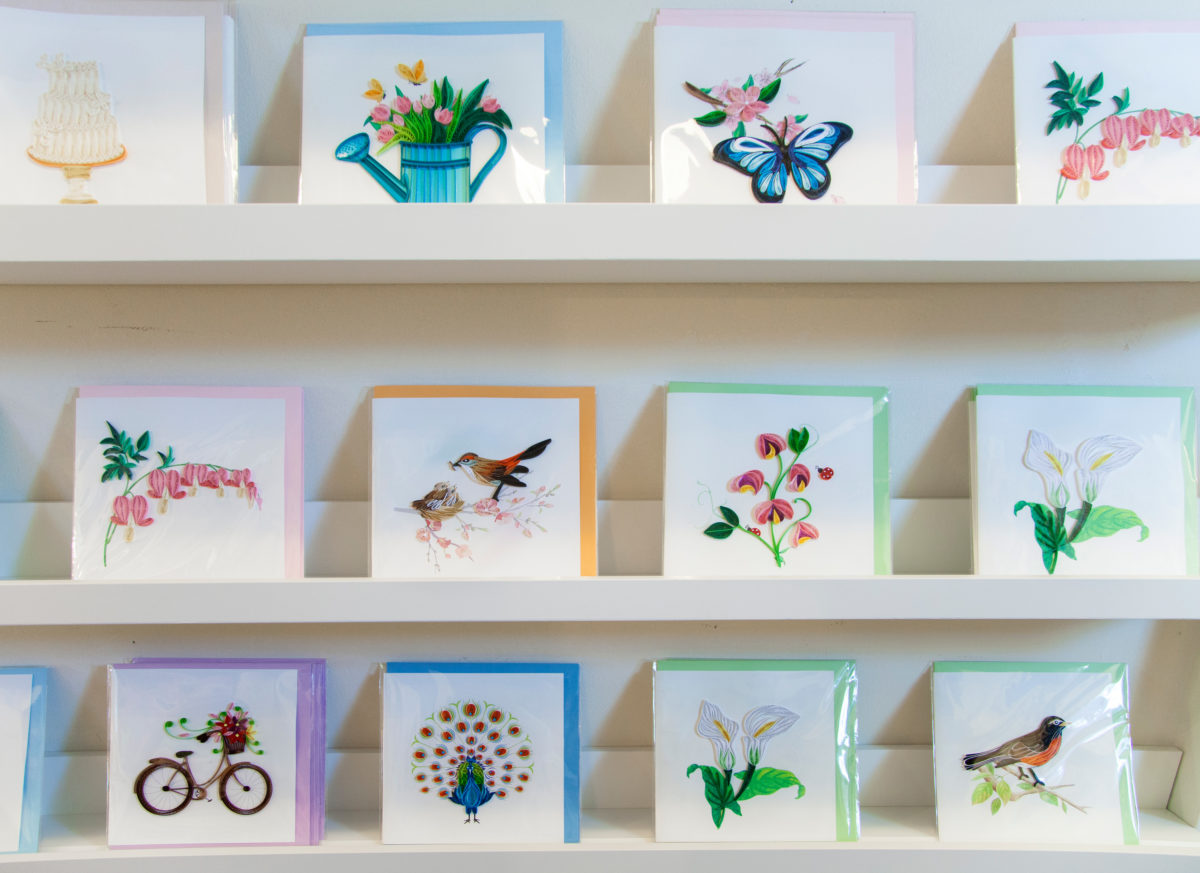 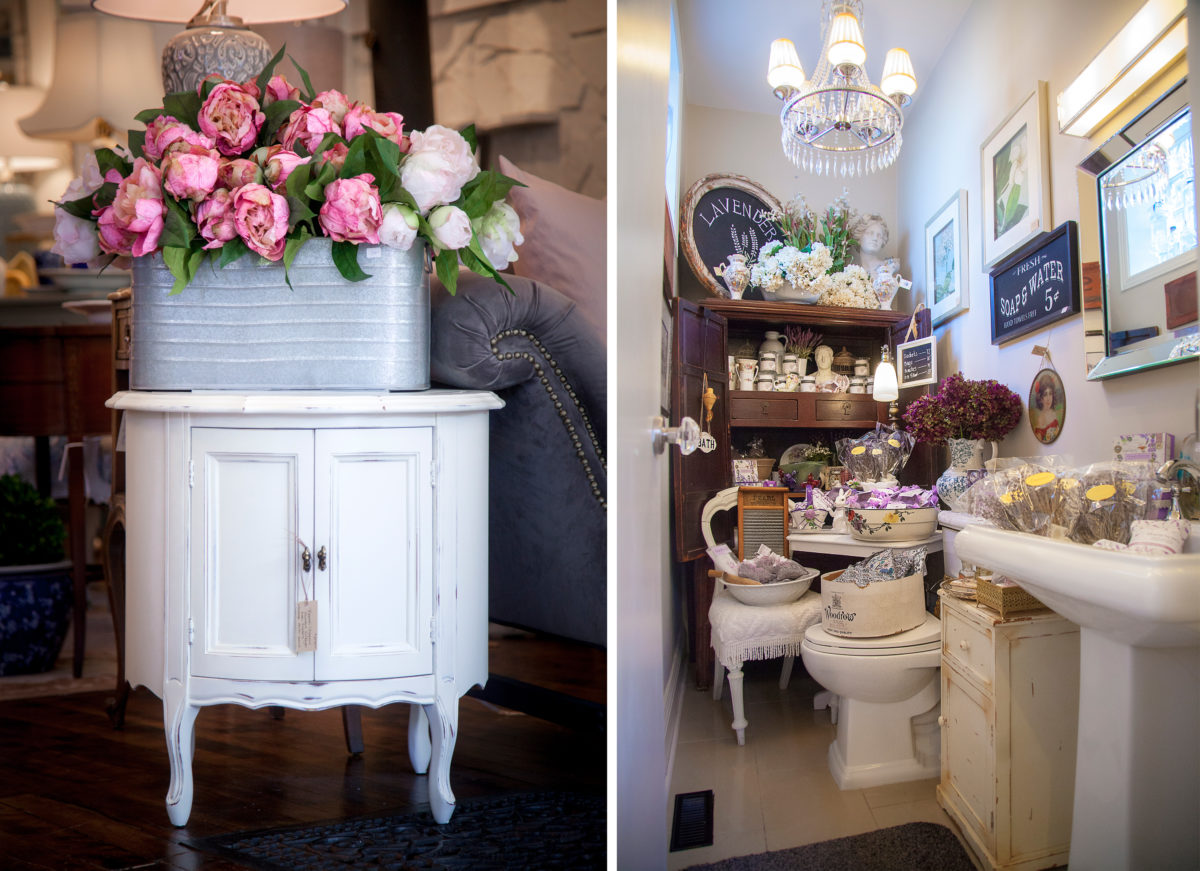 Rather than one big showroom filled with interesting odds and ends, Nest consists of three small, bright rooms, a basement, and a garage living a second life as a 'cottage' out back. All the walls are white, everything is painstakingly arranged, and there are lots of new, every-day little items such as soap, tea, and linens mixed in with the previously-owned stuff. This latter category comes in two flavours; pieces given to the store on consignment, and things that Ross has gone out and found herself:

I’m hunting constantly. When I'm not here, I'm either in a client's house or I am out in the field, hunting, looking. This is seven days, pretty much 24 hours.

Not only is she constantly looking, she's also constantly re-arranging. Because everything is so artfully placed, buying anything of any size requires a complete do-over:

If that happens, you will see me at 9-10 o'clock, redoing that whole section, because you have thrown my whole thing off! 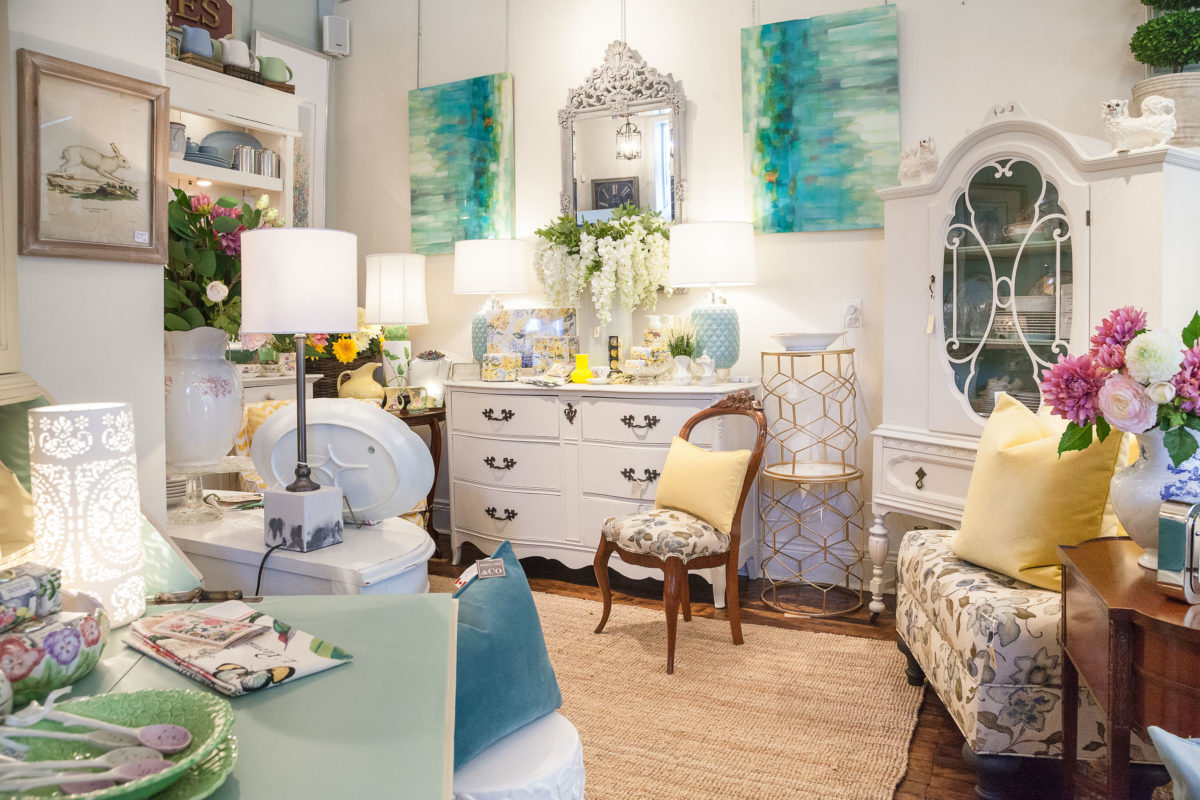 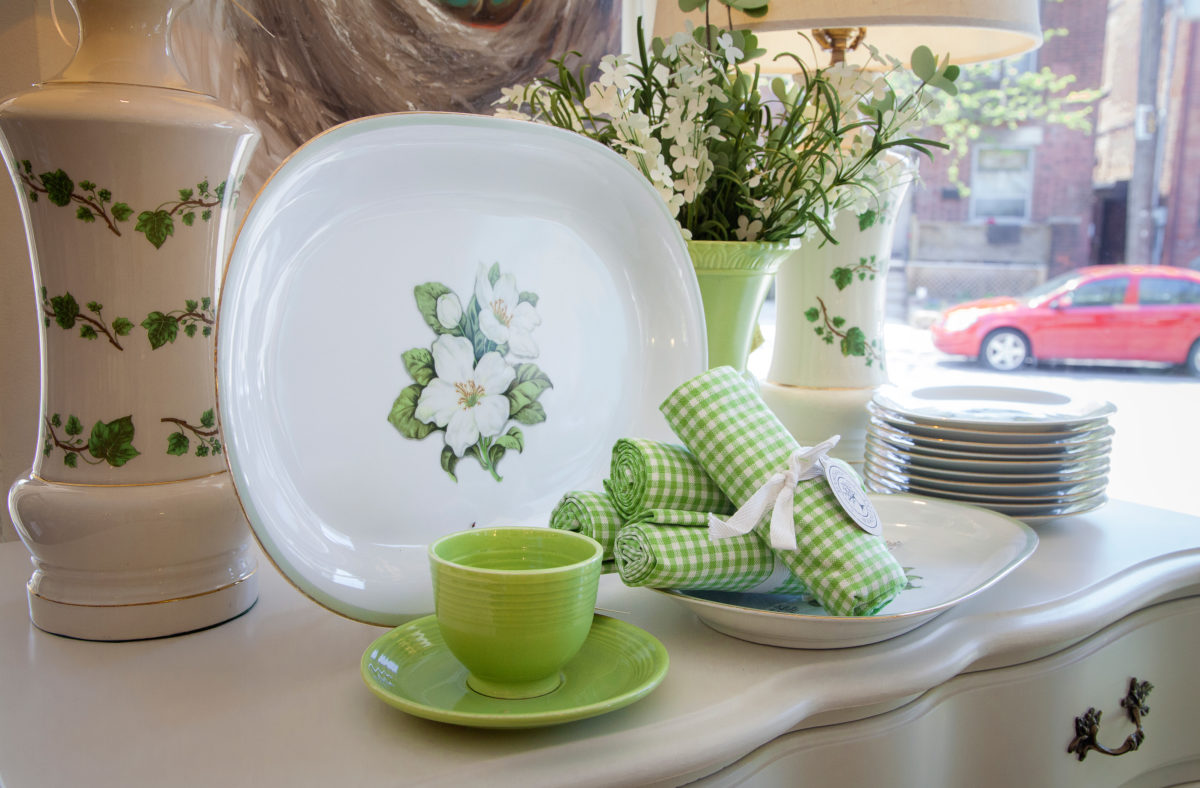 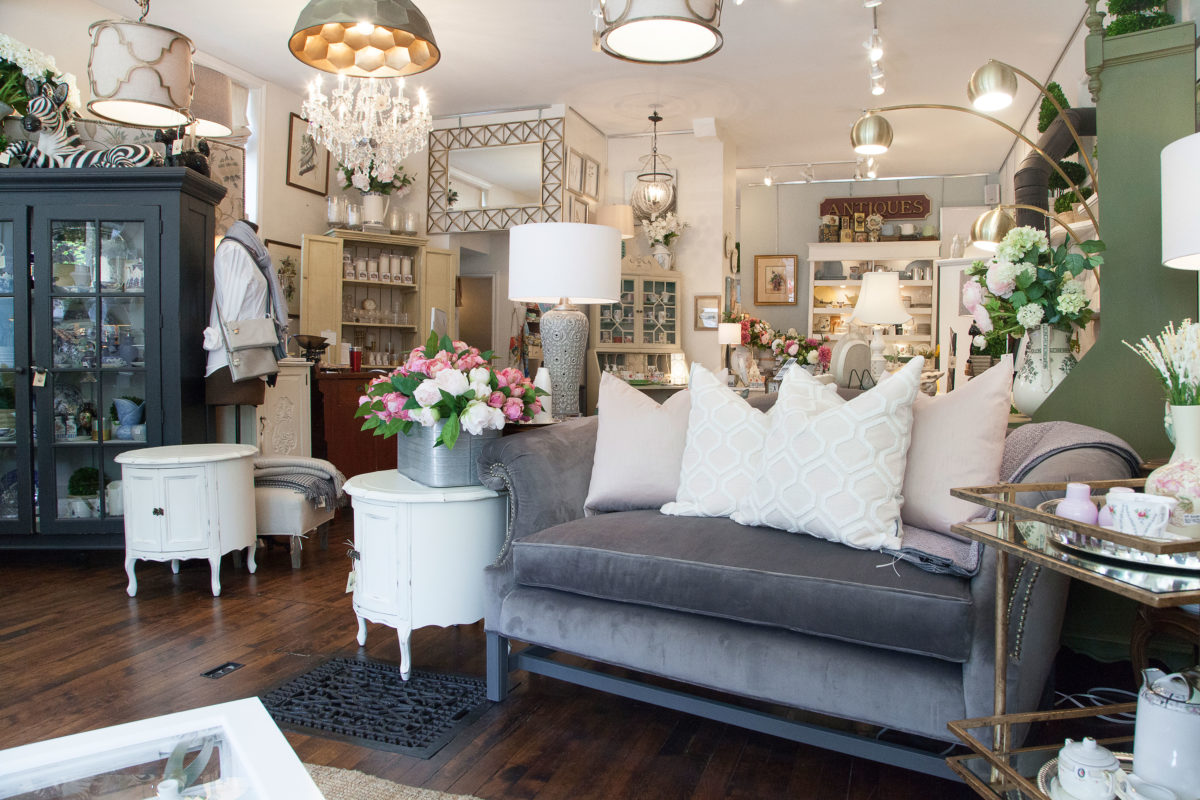 Ross' care for her wares is more than just concern over making things look nice so they'll sell. She's so attuned to the emotional side of her work that she makes receiving consignment items sound like adopting somebody's pet:

They know that when it comes in here I care for it. I make sure it's curated, it's put into a setting where it has a family, that it fits in. And when we talk after it's sold, they'll say 'Diana, who bought it?' And I always know who bought their item. That's important to them because it's something that was part of their lives for many years.

And that's the beauty of consignment, which I will never give up because I love the connection with people. I love when they phone me and I go to their homes and they show me things that they've had for many years, and I listen to the stories. It's really beautiful. 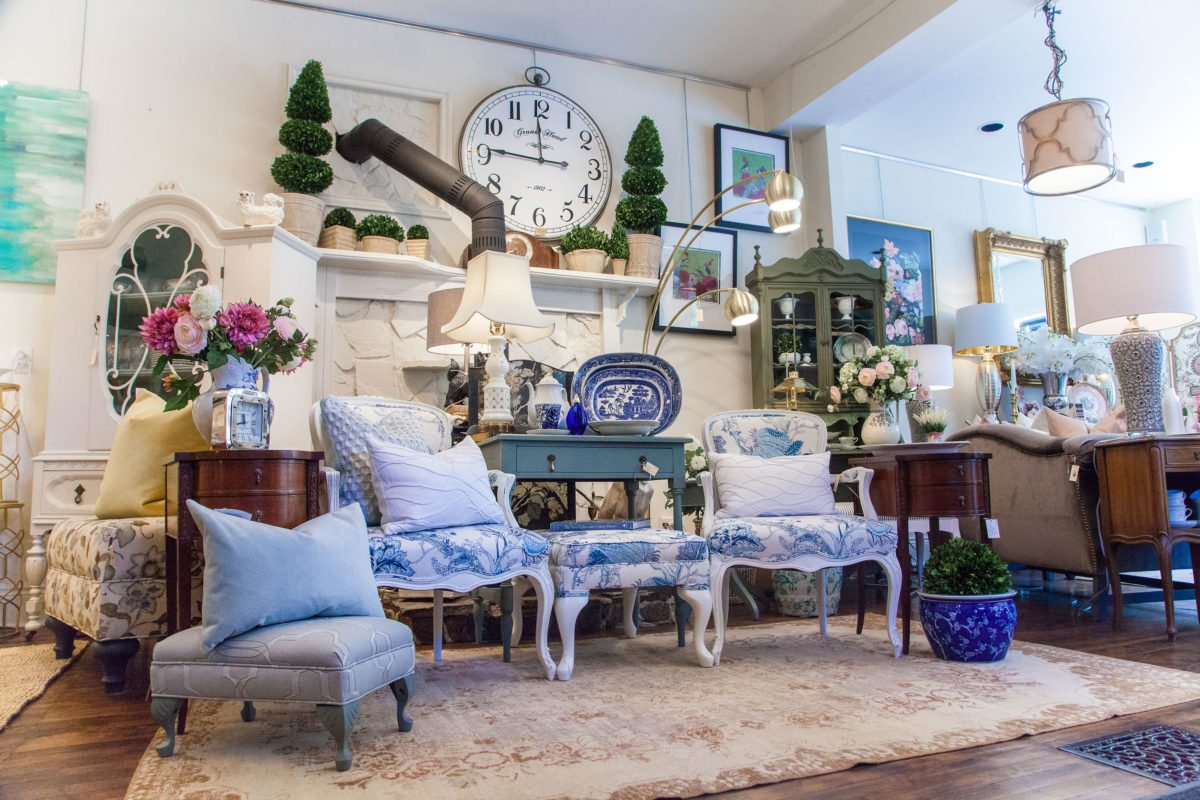 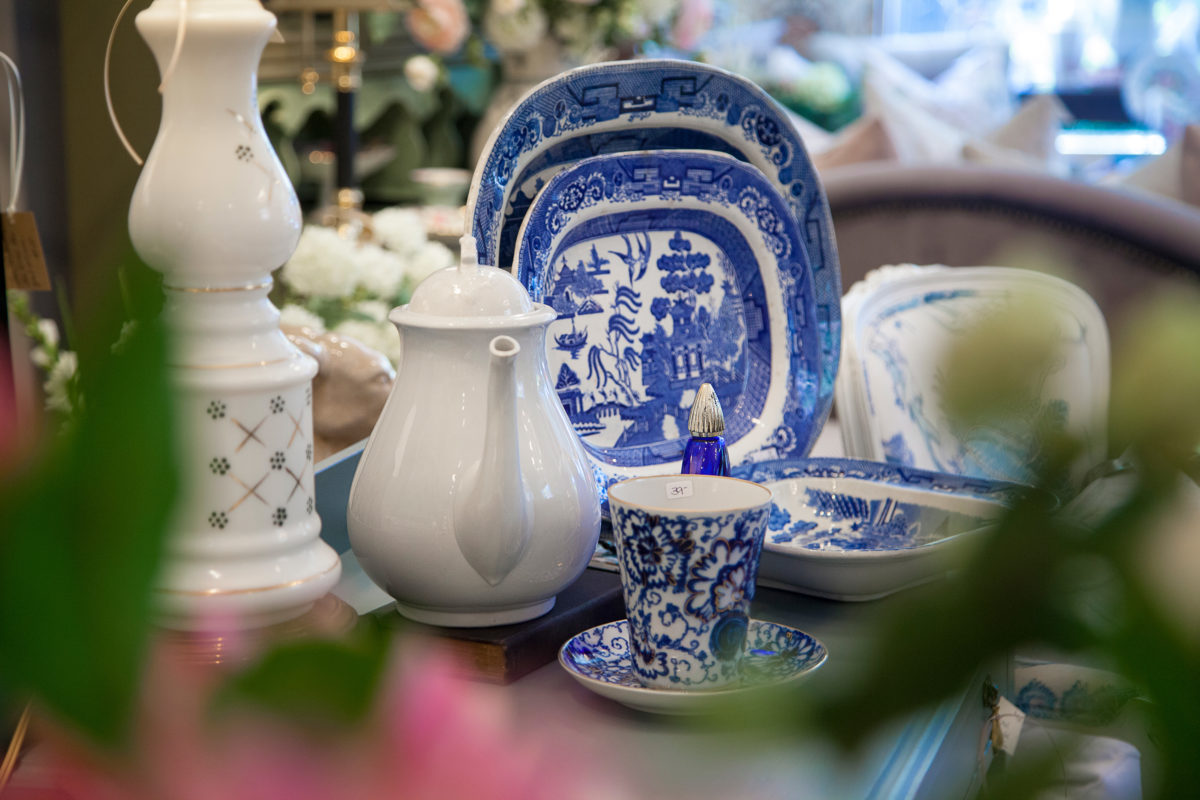 Ross' love of furniture and eye for arranging has a long history; her mother was a keen second-hand shopper, and her home was always changing. Long before she opened her own store, Ross was deeply immersed in the world of furniture hunting and home decor through her renovating and interior decorating business – something she still does alongside the Nest. In fact, it sounds as though her shop may be one of the ways that Ross finds new clients:

They come in and they say 'Diana, I don't know what you've done here, but I feel so peaceful here. I just love this feeling, but I don't have this feeling at home. Can you help?' And that's how that started. I do their fabrics, their draperies, I have someone who paints furniture, I have my upholsterer who does upholstery and between all of us we pull it all together.

Ross will even shop for people – scouring her sources for pieces to fit whichever room a client has her working on:

The hunt is the best part because when you find those special pieces you can't wait to get back and watch the reaction. When I'm shopping for clients I say to them 'I wish I could do just this. Just find things for you. It's so much fun!' 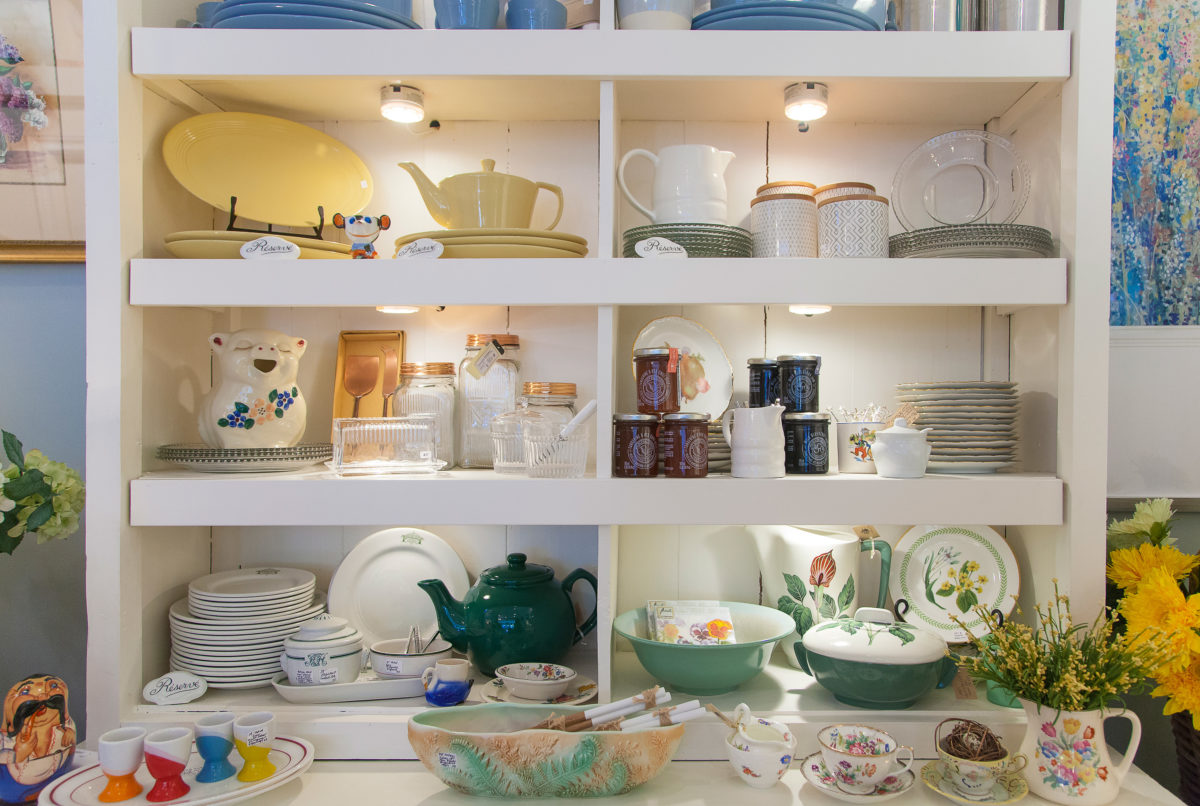 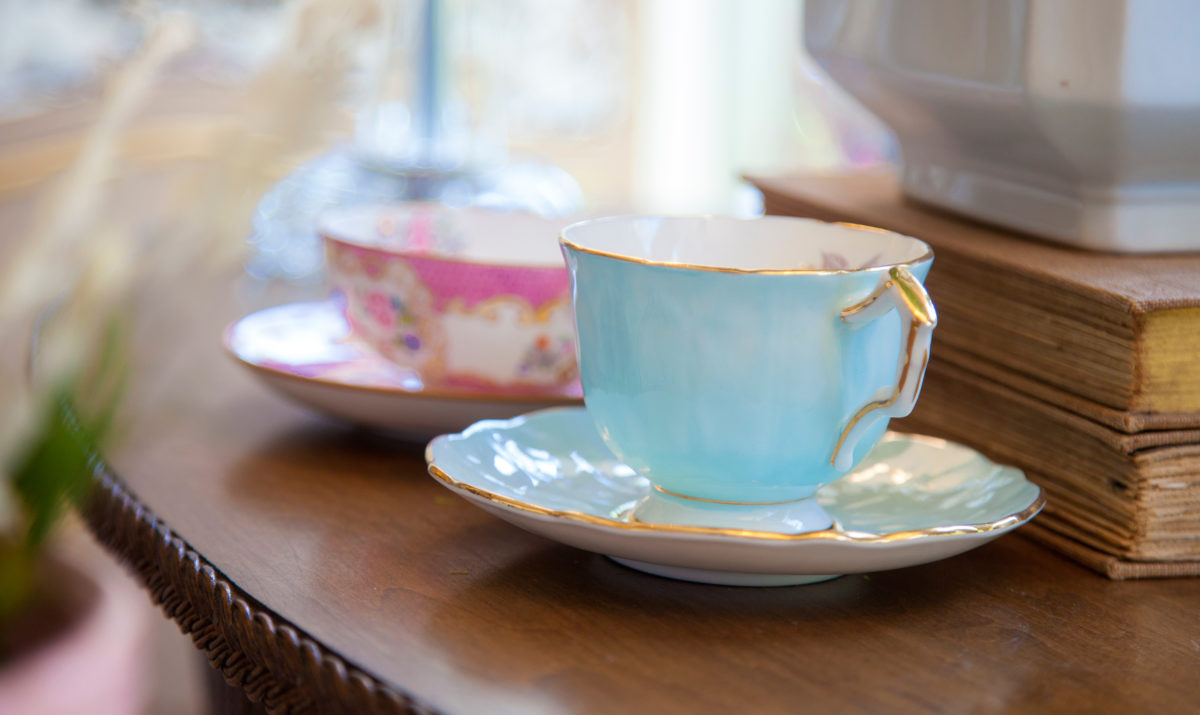 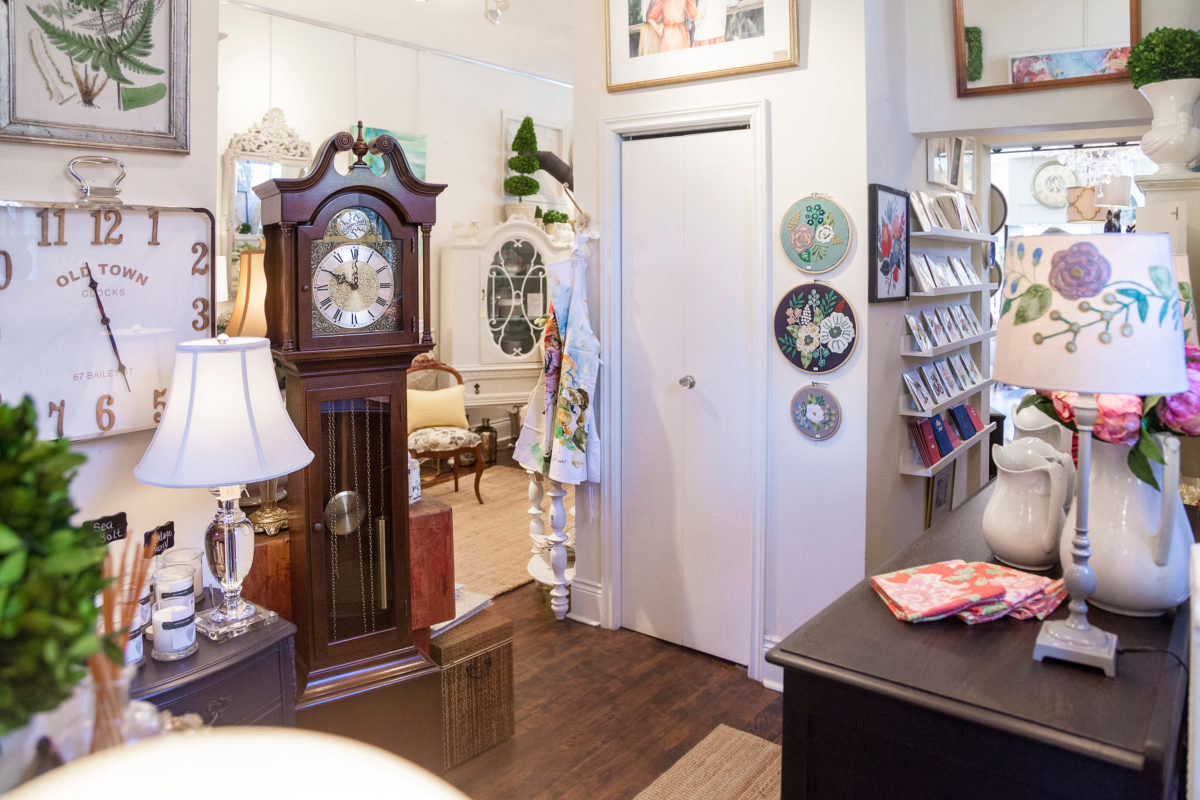 Although she lamented the passing of the 'golden age of retail' in the 80s and 90s, Ross herself can hardly complain about business being slow. The old fad for 'everything new and matching' that dominated her youth has now faded into a new thirst for vintage, and her customers are getting progressively younger. Many of them also seem to be quite devoted:

People ask my assistant 'Where's Diana now? Did she go to the States? When is she back?' And they wait. They know it's closed on Monday, Tuesday, and a lot of times Wednesday can be our craziest day because they want to be the first one in the door – they know I've been out, and they don't know where I've been, and what's new in the store.

This enthusiasm and anticipation have given Ross another idea for how Nest might change in the future:

If I ever get tired of the day to day to day, maybe I'll just open once a month, and I'll just pack the store. I'll hunt for a month, pack it pack it pack it, and they'll know – the first Friday in the month Diana opens her store, and it's packed. I do know a couple of people who do that, and it's wild! 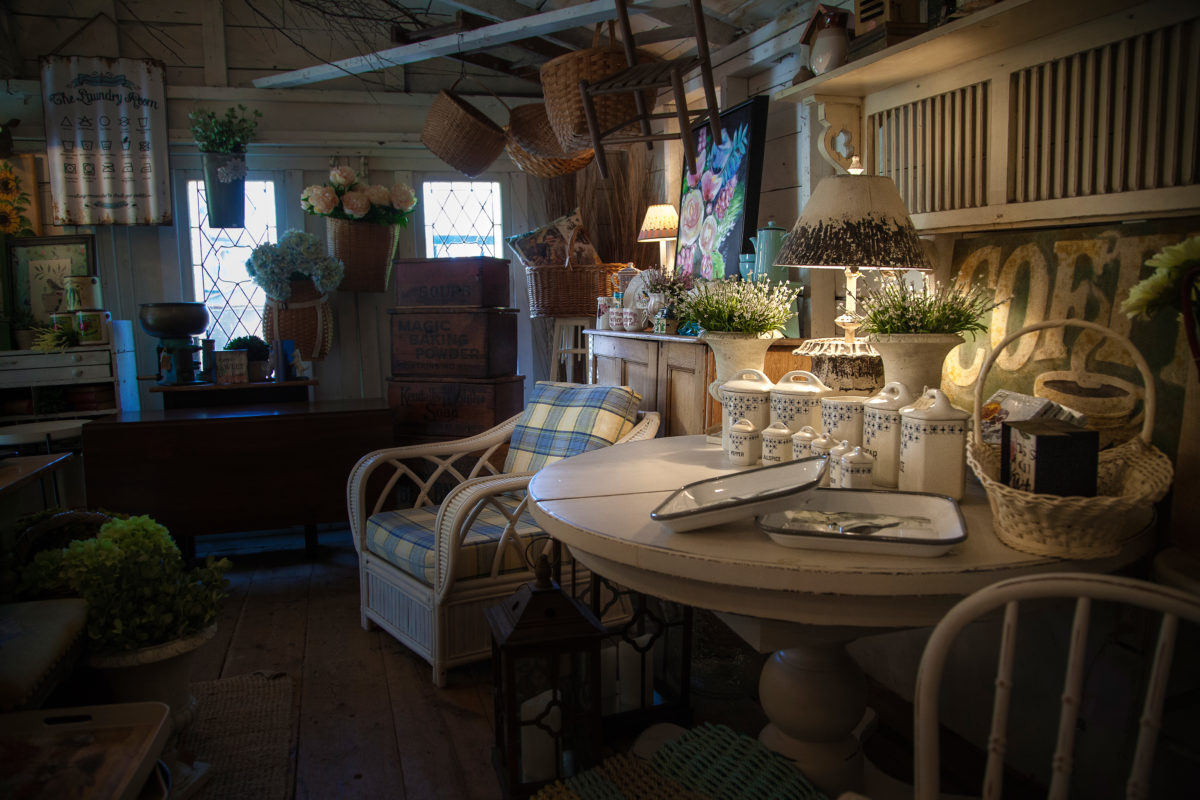 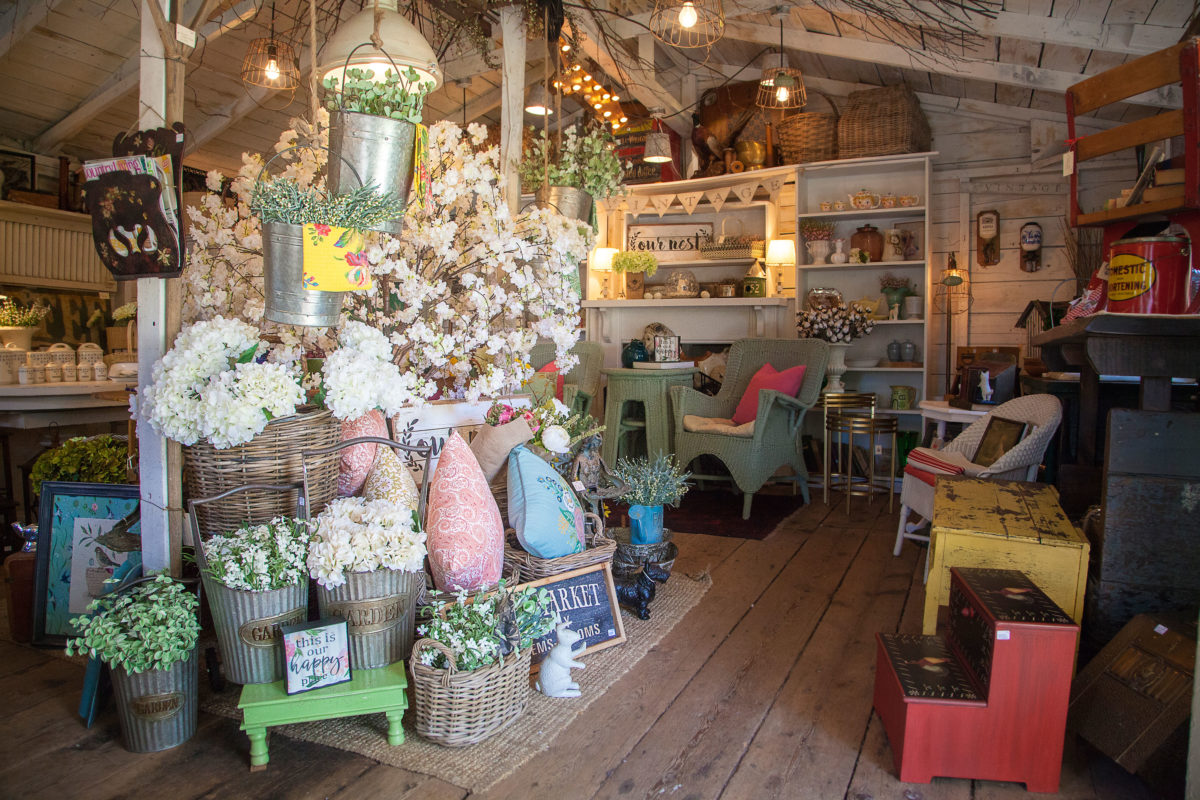 A Changing Nest has been open for seven years now, and although it may not seem like long enough for a store build up the gang of ravening repeat customers, Ross has managed it in part by being more than just a business:

It's family. It's a community, I know so many people because it is a neighbourhood shop, so you know who's had a baby and who's not well... And we had a sidewalk sale Saturday and Sunday and people came by and said to my husband 'Is everything ok? You're not closing, are you? Oh my God, what would we do if you'd close?!'