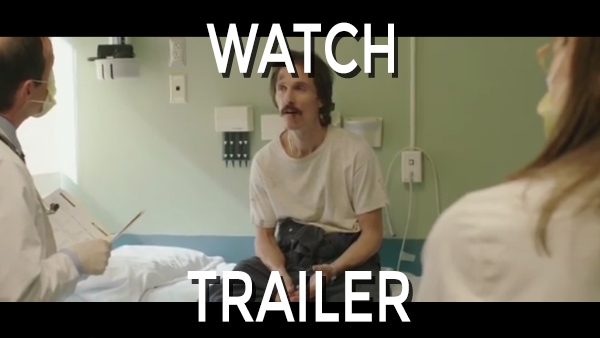 Let's get one thing out of the way. The hype you've heard about Matthew McConaughey and Jared Leto's performances in Dallas Buyers Club is absolutely true. It'll be a shock if they don't both walk away with Oscars this Sunday. They are phenomenal in this. And it's not just the fact that they went through some extreme physical changes (McConaughey lost 47 pounds, while Leto lost 30 pounds). They genuinely transform into these characters, these people, which is a rare thing — even among the best actors. Thankfully, the movie isn't just all about the acting. It's also a great story.

Based on true events, Dallas Buyers Club — directed by Canada's own Jean-Marc Vallée — is about Ron Woodruff (McConaughey), a homophobic drug abuser diagnosed with AIDS. Told he has 30 days to live, he scrambles to extend his life and eventually finds help in an FDA (Food and Drug Administration)–unapproved pharmaceutical drug in Mexico. He decides to smuggle the drug into the United States. With the help of a transgender woman (Leto) whom he increasingly befriends, he sells the dugs to HIV-positive patients. But as more and more people turn to him for help (and he becomes more compassionate along the way), he starts to face the wrath of the FDA, forcing him to fight the system — not so that he can keep making money, but so he can help those, like himself, in need.

It's the kind of inspirational story that Hollywood can often do so well — where one person stands up and fights the system for what's right. It's a really well-done, classic David and Goliath tale that you become invested in and root for.

That doesn't mean Dallas Buyers Club is all upbeat, of course. It's a harrowing, emotional movie about AIDS, after all. But, like life, the movie is a balance of a lot of things. It's inspiring and maddening, heartfelt and sad, funny and serious. It also balances a mix of different kinds of stories. It's a character study. It's a look at how people can completely change. It's an underdog story. It's an exposé of the problems with the FDA. It's a look at how awful AIDS can be. 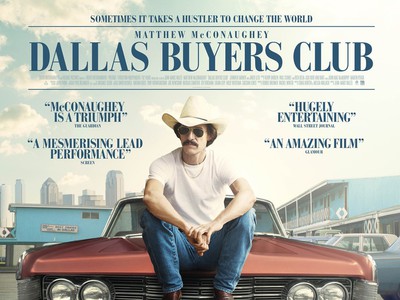 But what's most inspiring about the movie isn't just its theme that anyone can make a difference. It's that a selfish, hateful person like Woodruff can do a 180 to become the kind of noble person who genuinely wants to make a difference by helping people. Dallas Buyers Club is an emotional film for a lot of reasons, but the biggest reason is the idea that everyone deserves to live a good life and enjoy what life offers. Sometimes that means doing whatever it takes to make that happen — whether it's for ourselves or for others.