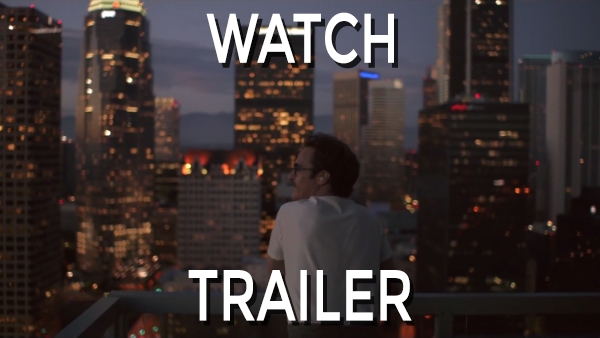 Relationships are complicated. But what's even more challenging than dealing with a tough relationship, you might argue, is dealing with the prospect of a lifetime of loneliness. This struggle leads Theodore (Joaquin Phoenix) to enter into a relationship with an operating system (or OS) â a computer program â that goes by the name of Samantha (voiced by Scarlett Johansson) in Spike Jonze's film Her. After separating from his wife (Rooney Mara), Theo decides to leave the awkwardness of dating behind and pursue a relationship with a computer program specifically designed to cater to his needs and learn and grow alongside him.

The film is set in the future, but rather than taking the more common route of portraying the coming years as a world full of hovercrafts and robotic devices, writer and director Spike Jonze and his team take a unique and far more interesting approach by portraying the future as similar to our own world. The clothing and furniture are almost vintage, with the occasional futuristic addition. By playing on the way different fashion and dÃ©cor trends fade away throughout time and then unexpectedly become popular again, Jonze creates a future you can easily believe is just around the corner.

As well as being nominated for six Academy Awards (including Best Picture), Her took home the prize for Best Original Screenplayâand it won't take you long to figure out why. The writing seamlessly bounces between different genres. At times, the film seems like a clear-cut romantic comedy. At other times, the film seems to be a true drama or social commentary. And there are even elements of a futuristic suspense flick thrown in. It is genuinely possible to laugh, cry, and sit on the edge of your seat over the course of this 120-minute movie.

Samantha: The heart is not like a box that gets filled up; it expands in size the more you love.

Unsurprisingly, the incredibly talented Phoenix thrives in this challenging role â often playing against nothing more than a disembodied voice â and pulls you along for the emotional ride. With the wrong actor in the lead role, it would have been easy for the audience to see Theo as an oddball and feel disassociated from him. But Phoenix doesn't let that happen. His honest portrayal of a complex character at a challenging point in his life is incredibly captivating. You can't help but feel his pain and loneliness and understand why he has chosen to pursue this unconventional relationship.

There were rumours of the possibility of Scarlett Johansson being the first person to get nominated for an Academy Award for Best Actress in a role where only the actor's voice is present. And after seeing Her, you'll understand why people considered such an unheard-of possibility. The interesting thing is, Johansson wasn't actually the original pick for the operating system Samantha. In fact, actress Samantha Morton was present on set with Joaquin Phoenix every day, and it wasn't until filming wrapped and the movie was being edited that Jonze felt something wasn't right and recast the role with Johansson. Upon seeing the film, it's hard to imagine it with any other actress' voice in the role. Johansson brings an incredible warmth, curiosity, kindness, and honesty to Samantha that makes you completely understand why Theodore falls for her.

Undeniably, the acting, writing, and design of the film are all spectacular, but they wouldn't be nearly as powerful if it weren't for the brilliant cinematography and editing. To give you a snapshot of different moments in Theo's life, silent scenes are pieced together and accented by beautiful music. You actually feel as though you are entering into his mind and seeing his memories as he might see them. These montages are beautiful and efficient ways to provide back-story and relay crucial emotional points in a short time.

One thing to keep in mind before you settle in to watch this film is it's rated R due to sexually explicit content. And because of the themes the movie deals with, the way sex takes place is very different than what you may be used to seeing or hearing onscreen. However, the explicit material is rarely gratuitous. Rather, it's genuinely used to advance the plot and create a realistic depiction of this new kind of relationship. But it doesn't hurt to keep this fact in mind in case you or someone you plan on watching the film with is sensitive to this kind of mature content.

The movie is visually stunning and emotionally captivating, but what truly makes it a must-see is the way it forces you to think. There is no end to the amount of questions Her will have you asking yourself. The many shots of whole busloads and crowds of people talking to their phones rather than to each other doesn't seem very far from our world today. Is that where we're heading? Will we replace real relationships with artificial romance? And is that such a bad thing? If we feel a true connection to a computer program, is it ultimately just as real as the connection we have with another person?

Sometimes I think I have felt everything I'm ever gonna feel. And from here on out, I'm not gonna feel anything new. Just lesser versions of what I've already felt.

One of the most interesting questions the film poses lies in the different relationships Theo has with Samantha and his soon-to-be ex-wife, Catherine. Although his relationship with Catherine started out with the expected attraction and butterflies, their marriage quickly became a struggle. He fought to accept her moods, to communicate with her effectively, and to persevere in the relationship through their differences. Samantha, on the other hand, is specifically designed for Theo. Although she exhibits certain emotions and can at times seem "real", she is still ultimately there to give Theo what he needs. Was Catherine truly the "wrong" woman for Theo, or was it simply the fact that she was a real woman with real emotions, real needs, and real opinions that he couldn't handle? If we could have all the butterflies and shared interests and learning together without the awkwardness or the fighting, would we all choose an operating system over a real relationship? Or should Theo â and many of us, by extension â accept that relationships aren't always meant to be easy and they require hard work and constant discourse?

Even when you've finished watching the film, these are the types of questions that can bounce around your head for days or weeks. Ultimately, the couple of hours you spend watching Her won't just have you entertained for the duration of the film â they will have you pondering your existence, your friendships, your relationships, and much more for some time.