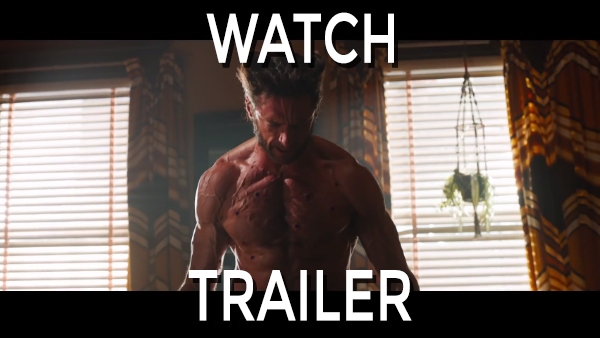 This film is a hot mess of goings-on that challenge viewers to various degrees for their attention. And in many ways, these efforts are rather successful. Whether you will enjoy this film lies in whether this is an experience you will be all right with. In director Bryan Singer's X-Men: Days of Future Past, we as viewers deal with the presence of two series worth of X-Men casts, a time travel story that forces viewers to juggle a number of plot points in lieu of a more fluid plot, a splattering of subtle references to other elements from the X-Men universe, as well as a mÃ©lange of historical and cultural references â some of which exist in a retroactive continuity thanks to the humans with mutant abilities and the effects of their presence in the world.

Even though it had been a decade since Bryan Singer directed an X-Men film (2003's X2), he does so here with the confidence and ability a dedicated expert. Singer had a difficult job in reconciling conflicts of story continuity between the first three X-Men films, the Wolverine films, and the series' most recent instalment before this, X-Men: First Class. But Singer manages to bring everything together and adjust the details so that they make sense for the most part.

More committed fans of the franchise and the comic books will probably take issue with conflicts that would be more glaring to them, but as a general moviegoing experience, the film is far from unpleasant. In fact, it's rather exciting. It's a time-travelling adventure, and as such, it carries with it consequences on a scale much grander than previous films in the franchise. This film creates much grander stokes befitting a world filled with super-human beings. It also jumps ahead in creating what feels like a much more expansive mutant-filled universe that has been around for much longer than we viewers have seen up to this point â especially if we consider the post-credits scene and the deep implications it carries, which viewers familiar with the X-Men comic book universe will instantly understand.

The plot of the film itself is adapted from one of the comic book franchises most legendary story arcs. It's a story from 1981 where mutants in the future are hunted to near-extinction. A member of the X-Men travels back in time so they may alter history. The heart of the film is easily the interplay between the young Charles Xavier (James McAvoy) and the young Erik Lensherr, or "Magneto" (Michael Fassbender), as they struggle in a heart-wrenching back-and-forth over the troubles their friendship faces and their hopes for the future of mutant-kind. Their future counterparts, played by Patrick Stewart and Ian McKellen, accomplish much to convey the grim and dire situation their young selves fight to erase. There's a tone in this movie unmatched by any of the other occasions where these actors have portrayed these characters on film.

Ellen Page, in her role as "Kitty Pryde," is worthy to further recognition as well. Her character, whose ideas and power prove to be a lynchpin to the whole movie's plot, is an intelligent, brave, fearless soldier who proves herself to be just as multidimensional in character as any of the actors and characters that have come before her in this film franchise. Plus, Peter Dinklage, of Game of Thrones fame, makes for a curious villain, as he not only seeks to eliminate mutant-kind but also proves at the same time to be fascinated by them, making him far from the one-dimensional villain many feared he would be. Ultimately, it may be Jennifer Lawrence as the ever-popular character "Mystique" who steals the show. She's just as much a lynchpin to this cast as Ellen Page, exercising her well-established acting skills with wildly successful finesse and depth of emotion.

The plot of X-Men: Days of Future Past is easily the most satisfying in the franchise's history â and the most fluid. It drops the need to reintroduce old characters, doesn't spend too much time on new characters, and moves immediately towards the plot that carries this film towards its end. This approach reflects self-confidence in the film franchise, as it assumes fans who are familiar with the series are in fact familiar with the series. The franchise is so popular that it doesn't have to spend much time re-introducing characters and recapping previous events in the franchise. Perhaps this is a presumptuous move, but it proves very helpful in terms of efficient plot delivery. It uses the audience's presumed fandom to move faster and go further than it could if it were continually stopping to reintroduce characters and explain the setting â which is good, because this instalment is perhaps the most narrative-driven. The downside to this is approach is that this makes the film less of a movie to new fans and crafts itself more towards as product for returning fans.

In the end, the film is definitely worth the price of admission. It makes for an adventurous, fantasy-filled piece of alternative history storytelling and emotionally compelling action.