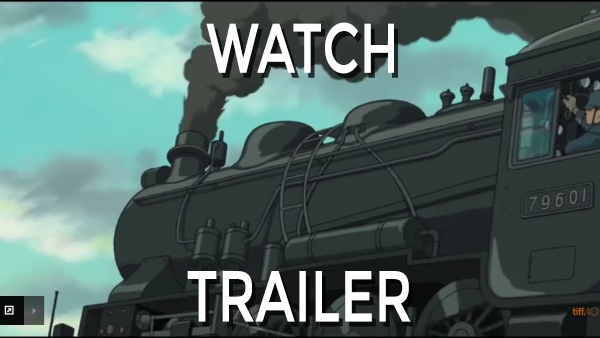 I hold my breath, hoping and wishing the screen would pause at any moment to allow me time to admire the brush stroke–filled landscapes. The camera pans across the stretch of a plane, diving into the distance and blowing glades of grass, with a fluffy clouded sky in the background. This is all easily confused with an acrylic painting.

The Wind Rises(Kaze Tachinu) is Hayao Miyazaki’s final film, and the only one he’s solely directed and written since Ponyo (along with films like Spirited AwayPrincess Mononoke). It was released in Japan on July 20,2013, and is to hit North American theatres February 21,2014, although if you were lucky, you got to catch it at the 2013 Toronto Film Festival. Based on a manga of the same name, The Wind Rises tells the story of Jiro Horikoshi, the designer of the Mitsubishi A5M fighter aircraft during WWII. However, the personal events in the film are completely fictional.

Jiro’s desire to make something beautiful was an inspiration to Miyazaki. Jiro's dedication to creating a revolutionary plane (for the war, or not) makes up most of the film. But the surprising love story about an unrelenting affection through sickness and health that takes over the second half of the movie is what tears at your insides and gets into that special spot inside of you, reserved only for the most touching stories.

If you try to compare it to other Studio Ghibli films,The Wind Risesseems to be in its own category — neither like the fun and fantastical My Neighbour Totoronor the futuristic Castle in the Sky. It's a more "serious" film, with tales of perseverance, the Second World War, and a heart-wrenching romance. That isn't to say Miyazaki doesn't imbue fantastical elements that allow the story to come alive in the limitless animated form, but this feature film is therealest story of Ghibli’s I’ve come across, which helps to draw the viewer into this emotional tale.

Jiro was an extremely lovable and understandable character. His age puts him apart from younger Ghibli heroes, which made the film feel more relatable than his others, despite the dreamy and surreal scenes Miyazaki included. More than ever, it's clear Miyazaki is at the peak of animation genius in this personal project, and with a film as stunning as this one, it seems a good place to retire.

Overall, the end of the first half has its slow parts, but the film soon picks up with full drama in its second half. The animation is breathtaking, with characters delicately placed into scenes where each key frame could have been an artwork on its own. If you’re not convinced, take a look at his Miyazaki’s work in the world of animation will surely be missed.