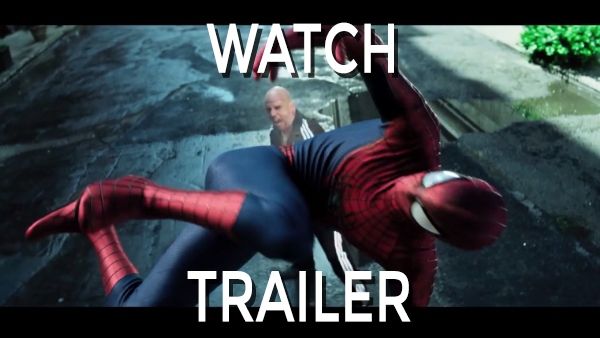 I may not follow Spider-Man comic books as much as I used to in my youth. But if there's one thing from that earlier period in my life that I will continue to carry with me, it will be my appreciation of the universality that the idea of Spider-Man represents. He comes from humble beginnings and honest relationships that he's always attempted to maintain despite the turmoil in his life. These are relatable concepts, to be sure, that combined with his super-powers make fans believe that we too are capable of great things. That sentiment is not lost in The Amazing Spider-Man 2. The strength of this film lies in the fact that it tries to build its many plots on these strong truths — which, in its defence, is not a bad way to go. Unfortunately, if the film has a central weakness that undermines its efforts, it's that it gives itself too many plots to juggle.

And believe me when I say there are a number of plot threads. These are all potentially viable plot threads, ripe with storytelling potential, but they might have been better served had only half of these been in the film. The result is a mélange of characters that come off as more underdeveloped and one-dimensional than is fair to them.

Jamie Foxx's Electro is difficult to accept as a proper villain for the film, as his initial character seems almost cartoonishly awkward. He's acting half his actual age and appears uncomfortable in a way and very far from the kind of individual you'd imagine as an intelligent employee of a billion-dollar futuristic corporation. Still, his role as Electro is quite visually entertaining. Moreover, Harry Osborn is introduced later in the film than you might expect, and among the jungle of crowded plot threads, he's not allowed much time to develop as a fully realized character before shifting gears into full villain mode. Marc Webb, the film's director, clearly wanted to take the story of Spider-Man — a relatively simple one — and do a lot to push it forward to make something epic. This not is an

unreasonable task that can't be done without empathy for all the characters involved.

This is, at its heart, where the movie's weakness lies. The dynamics between Peter Parker, Gwen Stacy, and Aunt May all pull on the heartstrings quite strongly (and successfully — I welled up at the end of the film) because of the realism they depict, but when we're expected to carry similar sympathy for the villains as two heroes, things break down.

The villains lean too much towards the one-dimensional. So their cartoonish handling can be somewhat at odds with the realism that director Marc Webb has attempted to portray in this and the previous film.

All negativity aside, there is a lot here to redeem the film and make it worthy of the cost of admission. It is a perfect continuation to the movie that preceded it and it not only does well to continue themes of love and responsibility, but it also does quite a bit to expand on those themes and their impact on Spider-Man's life. For the kind of film that it is, it's very strongly put together. Yes, there are a number of plot threads that Marc Webb attempted to weave together, and to his credit, much of the complication in this film doesn't break down as much as you might anticipate. All in all, Webb did well with what he had.

The Amazing Spider-Man 2 is a visually stunning film, packed with content, and the relationship between Peter Parker and Gwen Stacy is perhaps the most earnest, moving, and realistic relationship I've seen in a super-hero action movie — not an easy feat by any means. No doubt this is due largely to the real-world romance Andrew Garfield and Emma Stone have been sharing since the filming of the previous Spider-Man film, through which they originally met. A real-life romance just as adorable as their on-screen personas. Despite some easily noticeable flaws, this film offers a robust experience that makes for a generally interesting time.