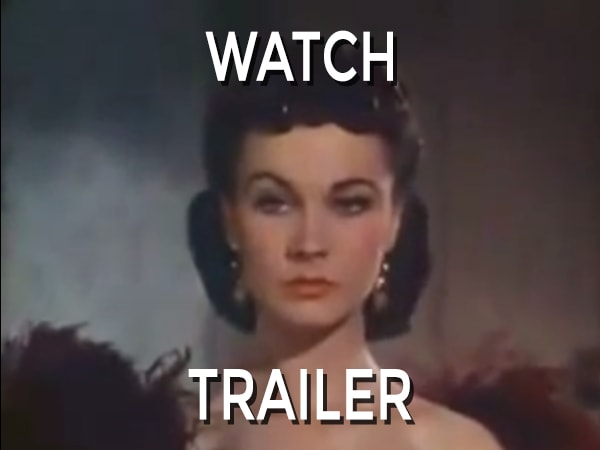 David O. Selznick's 1939 production of GONE WITH THE WIND has earned itself many titles over the years: the greatest film ever made, the first film to receive a staggering thirteen Academy Award nominations of which it eventually won eight awards, and the highest grossing film of all time (adjusted for inflation). Its grandeur is incomparable and its message is one we can all still relate to seventy-five years later: home is where the heart is.

GONE WITH THE WIND is based upon Margaret Mitchell's American civil war epic of the same name which was published in June 1936, a few years before the film was released. Mitchell and her book became an overnight sensation, selling one million copies by the end of December. Curiously, Mitchell's publishers hadn't forecasted high sales for the book based on the fact that it was priced at three dollars apiece (the average book price in 1936 was one dollar). This gives you some indication of the mania that swept America when Gone with the Wind was released in print. Also, it's important to keep in mind that during the summer of 1936, the Great Depression was at its height, and yet people still flocked to booksellers wanting to obtain their copy of Mitchell's bestseller. 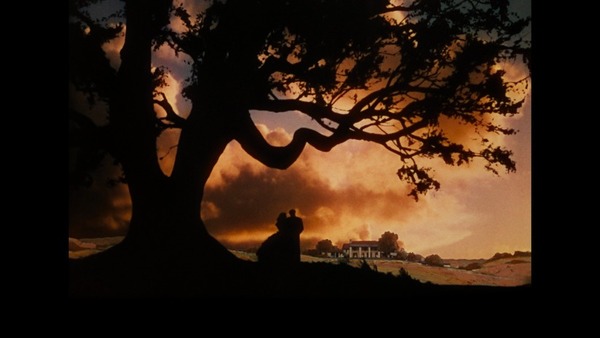 Once Hollywood studios caught wind of the novel's popularity, they each fumbled to secure the story's film rights in order to be able to adapt it for the screen. David O. Selznick eventually came out on top and immediately began casting the roles of what have now become legendary literary â and film - characters: Scarlett O'Hara, the novel's heroine; Rhett Butler, the exiled blockade runner; Mammy, Scarlett's indomitable maid; and Ashley Wilkes, the emotionally damaged civil war soldier.

GONE WITH THE WIND tells the story of the American civil war through the eyes of the losing side: the south. The film begins by depicting the carefree, wealthy, and privileged lives of a group of prominent Southern plantation owners. In the days leading up to the Civil War, the south sincerely believed that they would emerge the victors against their foe in the north (the 'Yankees'). A war that everyone believed would be over in a month ended up lasting four years and brought the American south to its knees.

Cities were pulverized and lives were ruined. Disease spread faster than the fires that ravaged the land and families that once spent their days attending balls and outdoor barbeques were torn apart and separated. The seemingly devoted southern African American slaves were eventually declared free by the north, but many of them were unwilling to leave their employers, too scared of experiencing life on their own.

Tara, the O'Hara plantation, is the heart and soul of GONE WITH THE WIND. It illustrates the importance of home and family and stands tall and proud â though significantly wounded â through days of pillaging, fire, and rape. The soil that Tara rests upon is the harbinger of sentiment, justice, and perseverance and teaches our heroine, Scarlett O'Hara (Vivien Leigh) a lesson she will never forget: home is the only thing in life that lasts; it's the only thing worth fighting for, worth working for, and worth dying for. 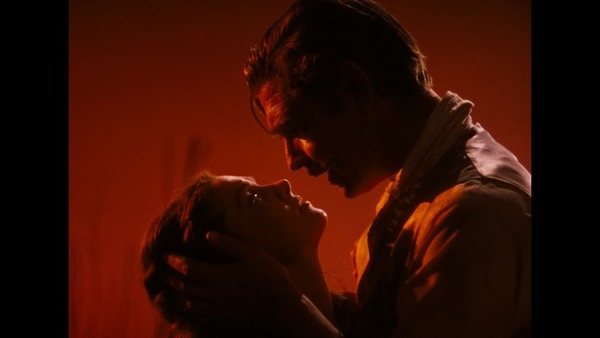 Indeed, the struggles depicted in the film regarding the O'Hara's inability to keep their home due to the exorbitant land taxes that must be paid on it lend themselves to the idea of striving exceptionally hard for a material object in which your family life centers around. Tara is worth fighting for in this case as it's the glue that holds the O'Hara family together. Modern home buyers can attest to the struggles of obtaining - and maintaining - a home in Toronto and its surrounding towns, especially in this day and age when prices are skyrocketing and taxes are being increased year after year. Buyers spend years saving their hard earned money, struggling through very hard times just like the O'Haras did in the film, in order to invest in a piece of land and four walls that they can then turn into their home.

Through the strength and stamina of Tara, a once terribly spoiled Scarlett becomes the backbone of her family â and of the entire film, really â by persevering in the face of destruction and death. A woman who was once in love with Ashley Wilkes (Leslie Howard), a man promised to his cousin Melanie Wilkes (Olivia DeHavilland), has now realized that the only man she wants to spend her life with is daring blockade runner and philanderer Rhett Butler (Clark Gable). You see, Scarlett has now matured into a strong, unwavering woman and she has come to realize that her love for Ashley Wilkes was nothing but a schoolgirl infatuation. She needs someone who is equally as strong as she is now, and no one fits that bill better than Rhett Butler does. 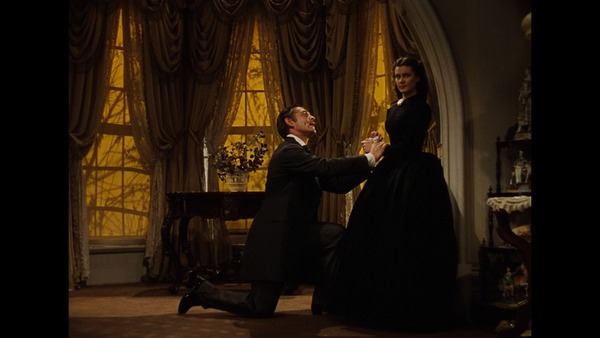 Each character in GONE WITH THE WIND endures incredible hardships, from births to deaths, to famines and familial uproar and still each one â well, almost everyone â emerges at the end a stronger human being. Whether they're happy or not by the film's conclusion is another matter entirely but that perfectly illustrates how unpredictable life really is. No one is perfect and we each have our faults.

"The theme of survival under trying circumstances is one people around the world can relate to,"

"GONE WITH THE WIND is a film that has spanned generations in a way that few other films from Hollywood's golden age have managed to do [...] it's really the definition of a Hollywood epic, and it continues to hold up in many ways."

A good chunk of credit for the film's endurance must be paid to the production's crew; people like director Victor Fleming, musical composer Max Steiner, costume designer Walter Plunkett, cinematographer Ernest Haller, and art director Lyle R. Wheeler all contributed to this movie's lasting appeal by creating a world in which dreams were made, crushed, and made again.

The film's cast is simply marvelous with each actor completely inhabiting his or her role: Vivien Leigh captures the steely determination of Scarlett with the lift of an eyebrow and the steadfast glare of a woman wronged, while Hattie McDaniel â the first black woman to win an Academy Award for Best Supporting Actress â exudes love, devotion and warmth playing the pivotal role of the O'Hara maid, Mammy. Clark Gable, who was reluctant at first to accept the lead role of Rhett Butler, plays his part with gusto, determination and nonchalance. Beloved character actor Thomas Mitchell who plays O'Hara patriarch Gerald O'Hara is stalwart when he needs to be and heartbreakingly damaged when his character becomes emotionally shattered halfway through the film.

GONE WITH THE WIND is not the easiest film to watch. Its content, themes, and characterizations can be difficult to witness and hard to comprehend even for the most avid classic film fans among us, but it is certainly one worth seeing (again and again if you're up for it). Its epic tale and visual scenery will blow you away and you will be left breathless by the time the end credits roll. Trust us on this one: GONE WITH THE WIND is a film that will endure for many more lifetimes. It's magic, it's luxury on a grand scale, it's as majestic as any King or Queen yet it is at the same time revolting, disconcerting, and always emotionally draining. It's a film that has earned its title of the greatest movie ever made.