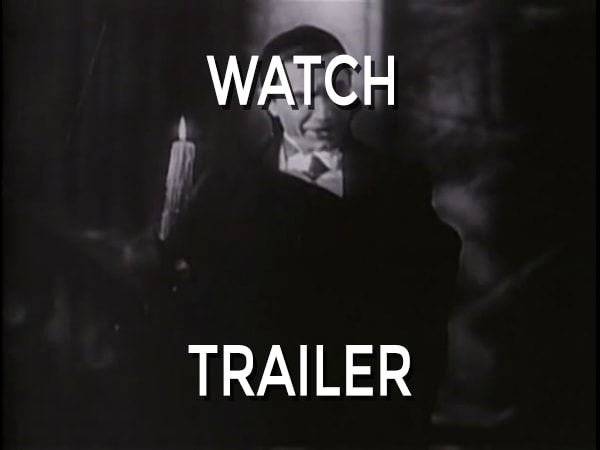 Universal Studio's 1931 production of Dracula is loosely based on Bram Stoker's Victorian novel of the same name. I say "loosely" because the majority of the film is the work of film director Todd Browning and bears little resemblance to Stoker's literary masterpiece. Don't be fooled, though, because the film is just as powerful and as engaging as Stoker's original story.

Dracula was one of the very first Universal horror films that the studio produced. Because it was so successful with movie audiences of the time, it was the catalyst for many more horror films based on literary works (particularly of the Victorian era). The studio's production of Frankenstein (1931) was released just a few months after Dracula and went on to become even more successful than its predecessor. Early talking horror pictures were incredibly new for movie audiences of the 1930s. Sure, they had experienced horror films before â silent films usually starring the "Man Of A Thousand Faces," Lon Chaney â but because pictures like Dracula and Frankenstein showcased new talents who actually spoke onscreen, these early horror pictures became a phenomenon. No studio capitalized more on these films than Universal did.

The Americanized version of Bram Stoker's Dracula debuted as a play on Broadway in New York City in 1927. It starred Bela Lugosi as the Count and Edward Van Sloan as Abraham Van Helsing (both Lugosi and Van Sloan went on to star in the 1931 film version). Theatre audiences were terrified and there were many reports of people fainting in the aisles. Once Hollywood executives caught wind of this effect, a bidding war quickly ensued for the film rights to Stoker's original written work. Universal beat out all of the other Hollywood studios and quickly set to work on its film version. The first task at hand was casting the picture â deciding who would step into the roles of such iconic literary characters as The Count, Van Helsing, Jonathan Harker, and R.M. Renfield.

Bela Lugosi won the role of the Count (again) after Universal's first choice, Lon Chaney, passed away prematurely from throat cancer. So, in this respect, the passing of a silent horror star made way for the birth of a new, talking horror star. Lugosi electrified movie audiences with his eerie portrayal of a man hungry for blood. The film begins as Renfield (Dwight Frye) makes his way to the Count's mountaintop abode in Transylvania. He is meeting the mysterious Hungarian aristocrat in order to finalize the lease on a dilapidated structure called Carfax Abbey, which is situated in London, England, and which the Count has recently purchased. Not long after meeting Dracula, Renfield is rendered insane and is committed to Doctor Seward's (Herbert Bunston) psychiatric asylum located just steps away from Dracula's recent acquisition, Carfax Abbey.

Now that Count Dracula and Renfield are both ensconced in London, England, all havoc breaks loose â from innocent flower girls dropping dead in the streets to performances of the Royal Ballet's Swan Lake being infiltrated by an evil Hungarian bloodsucker on the prowl. Soon, the women in this film are dropping like flies. First, the love-struck Lucy (Frances Dade) is brought down, and then her best friend â and Jonathan Harker's (David Manners) fiancÃ©e â Mina (Helen Chandler) is pursued. Clearly, Dracula has an insatiable appetite for women of the meek and blonde variety.

Thankfully Mina's demise is stalled by the ever-alert Abraham Van Helsing (Edward Van Sloan), who clashes with Dracula from the very start. Van Helsing is an expert on mysterious ailments and mythical creatures of the night. He identifies the Count as the girls' assailant almost immediately. Van Helsing's will is strong and he is able to battle Dracula better than anybody else. It is truly a battle of brains and brawn between these two formidable characters, and watching them go head to head is a real treat! As we previously mentioned, Van Sloan and Lugosi had worked together before on the 1927 stage version of Dracula, and their onscreen chemistry is just fantastic.

"For one who has not lived even a single lifetime, you're a wise man, Van Helsing."

Lugosi is an absolute delight to watch â well, aside from the fact that he can't seem to stop preying upon defenceless young women. Simply speaking, Lugosi was born to play the role of Count Dracula. Even if you have never seen this film before and are unfamiliar with Lugosi, his image is still the first one you picture when someone mentions the ubiquitous Transylvanian count. He was handsome, rather than grotesque, and that is one of the biggest reasons why his variation of the Count was considered so dangerous. He embodies Count Dracula from the top of his head through to his long claw-like hands, down to his expertly shined shoes. His long cape flutters behind him, almost dancing along as he hunts down innocent females to feed upon.

If you are new to this film, one of the first things you will notice is that there is no musical soundtrack. Some may view that as a negative, but upon closer inspection, the silence that ensues in the most frightening scenes actually adds to the story's intense atmosphere. Together with the lack of mood music, the cinematography and camerawork in Dracula are quite impressive, considering the film's age and how new this medium still was back in the early 1930s. The close-ups of the Count are chill inducing and the images that were captured on film really stay with you for hours and even days afterwards! It will be a long while before I sleep with my window open ever again; that is for sure.

The set design and decoration is typical of most 1930s era films (heavily influenced by the Art Deco movement), especially the scenes set in Carfax Abbey. Just one glimpse of that humongous twisting stone staircase sets my heart on fire! Though Count Dracula is a wealthy aristocrat, his living spaces are primitive and decrepit and they beautifully illustrate his very nature as a monster. On the other end of the spectrum, Doctor Seward's living and working quarters are very robust and welcoming, warm and inviting, ostentatious yet practical for a man who studies medicine and psychiatry. 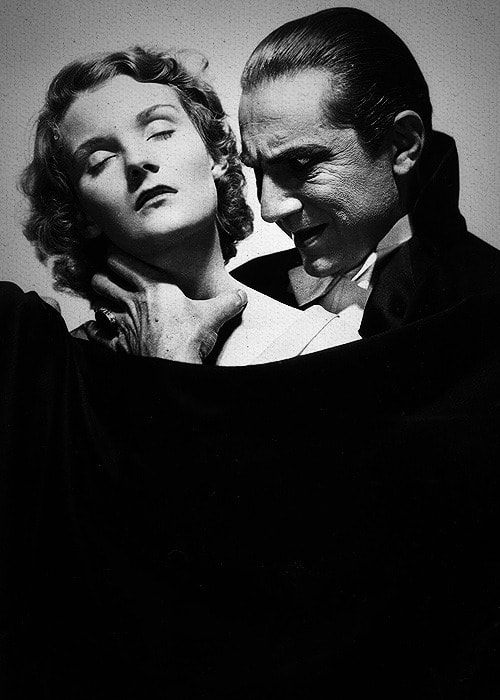 Dracula has left an indelible mark on movie audiences since its premiere in 1931. It is widely considered a cult horror classic unrivalled by many of today's modern horror fare. Mention it to anyone who has seen it before and their eyes will inevitably light up as they begin offering you tales of the first time they sat down to watch the movie. It is a film that will continue to live on well past our lifetimes, cementing the Count's immortality for generations to come.