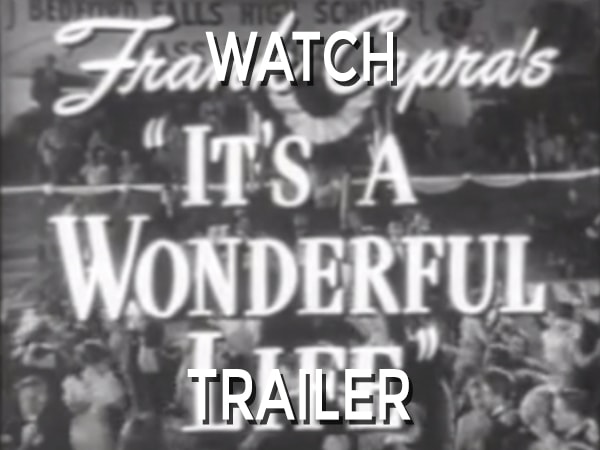 Unless you've been living under a particularly well-insulated rock during the last half-century, you've probably heard of Frank Capra's 1946 film It's a Wonderful Life.

Next to A Christmas Carol, this is the classic Christmas fable â not deeply complex and serious as a story, but with a few good points at its core. It also shares a few thoughts about real estate, which is how it found its way onto this website.

The film follows the life of George Bailey (Jimmy Stewart) as he grows up in the quiet American town of Bedford Falls, marries, and fails to achieve any of his youthful aspirations. When disaster strikes his Building and Loan Association one Christmas Eve, Bailey is so distraught that divine intervention is required to save his life and, ultimately, to teach him just how valuable his life has been. 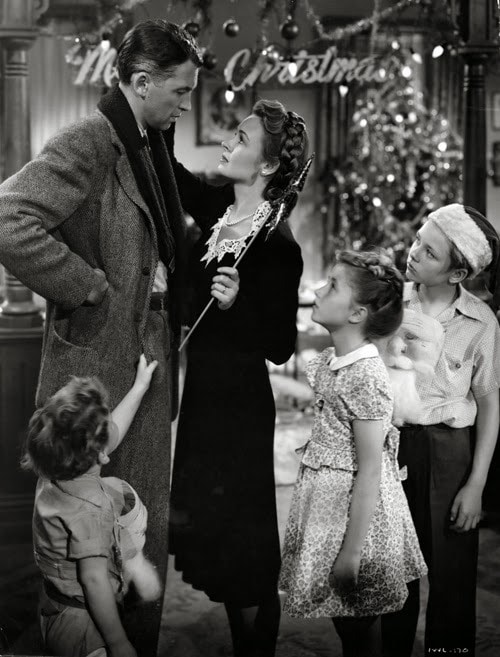 Comparisons with A Christmas Carol aren't just seasonally inspired. These two movies seem a bit like twins wearing opposite clothing. Both feature a main character visited by supernatural beings and visions on Christmas Eve, but George Bailey is the exact inverse of Ebeneezer Scrooge: a cheerful, principled family man so selfless that he's sacrificed all of his ambitions for those around him. Where Scrooge got four otherworldly visitors and three different visions (or trips, or dreams, or whatever they were), George has only Clarence (Henry Travers) â a guardian angel who looks like someone's goofy old uncle â and George's one vision is not of the past, present, or future but of what the present might look like if he had never existed.

There aren't really any real estates agents in this movie. According to the Internet Movie Database, one realtor does appear briefly, but he is utterly inconsequential to the plot. What there is is George Bailey and his belief that everyone ought to have "a couple of decent rooms and a bath." The express purpose of the Bailey family's frequently floundering Building and Loan Association is to help people finance their own homes, and the film's antagonist, Mr. Potter (played by Lionel Barrymore, and in no way related to a certain English wizard) is a rich and unpleasant slum owner intent on buying control of all Bedford Falls. By the time the crucial Christmas rolls around, George has built his own friendly, affordable little housing development in the town he spent his life trying to escape.

A house, in the movie's view, is equated with dignity and self-sufficiency. The people we see move into Bailey Park (as George's development is called) are a large and grateful Italian family called the Martinis. Although their background is never discussed, the Martinis appear to represent the "American dream" of immigrants making new, successful lives for themselves in the United States. Part of this new life, and part of the dream, is a home of their own, which the Martinis obtain through George's willingness to put people over profits.

The importance (and symbolism) of a home is also played out in George's own family. Despite initially vowing to leave town to travel the world, he ends up living in a grand, dilapidated old house that stood abandoned for years before his wife (Donna Reed) refurbishes it. This is not the house George wants, just as his life is not what he ever wanted, but once Clarence is through with him, he comes to see how "wonderful" both are.

Although this film has a fable's simplicity in many ways, It's a Wonderful Life is often pleasantly understated. George is astonishingly decent, but he's not perfect, and when disaster strikes, he takes it out on his family first, just as many lesser men would.

On top of this â and perhaps even more importantly â George isn't bland. Most of the film's humour comes from Stewart's cheerful, slightly goofy performance. Unlike a lot of modern humorous heroes, George is neither braggart nor blunderer, and he invites the audience to laugh with him more than at him. 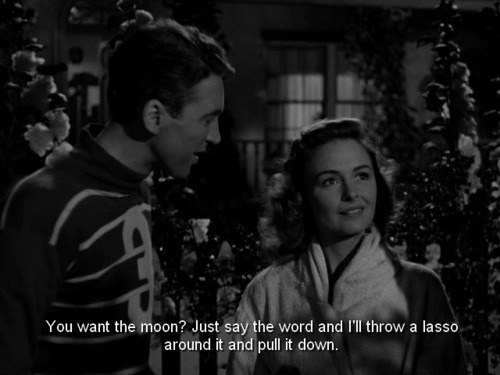 Restraint also manifests in Capra's approach to the story's overtly Christian foundation. God is very clearly real in the film (as is a mysterious being called Joseph, who may be a senior angel, or the earthy father of Jesus, or both at once), and He sends down Clarence in answer to specific prayers. But that's it. There's scarcely a mention of religion in the entire film, and Clarence himself is utterly practical and worldly in his concerns. He's here to save George's life and he leaves George's soul to take care of itself.

At this point in time, It's a Wonderful Life is a classic so fossilized in pop culture that it's almost beyond critique. Almost. There is a bit of era-specific hokeyness in some of the interactions, and most of the supporting characters are fairly one-dimensional. But then, this not a gripping drama, gritty with realism and detail, but a gentle â if pointed â lesson delivered with a dash of humour.

"No man is a failure who has friends."