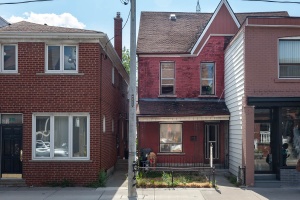 Live in one of the best pockets of the City where every amenity is right out your front door! Walk to popular Vermont Square Park, Christie Pits Park, Essex Jr. & Sr. public school, Christie subway station and all the fabulous shops and restaurants along Bloor Street West. 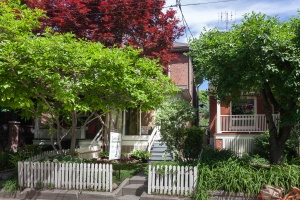 Pretty Family Home on Prime Street in Seaton Village! Spacious, bright and upgraded 3 bedroom red brick semi with a potential mortgage helper (separate entrance to finished basement) in one of Toronto’s hottest pockets of the city! Live close to excellent schools, shopping and transit! Real opportunity for growing families who want to put down roots in a fabulous community and neighbourhood. 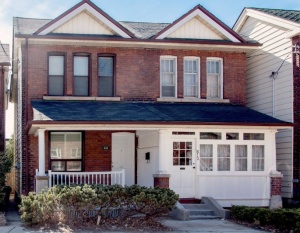 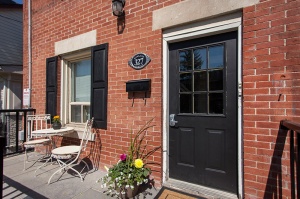 Annex Beauty Live In - with Rental Income ! This detached 2 storey with plenty of parking boasts many possibilities! Currently a duplex with 2 spacious comfortable self contained apartments. 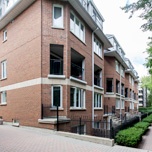 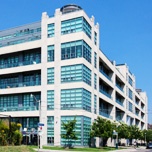 Chic Urban Loft! Majestic Madison Avenue Lofts located at the foot of Casa Loma. A stunning one-of-a-kind residence in one of Toronto’s most sought after neighbourhoods.

Some of the Annex Happy Clients - this could be you! 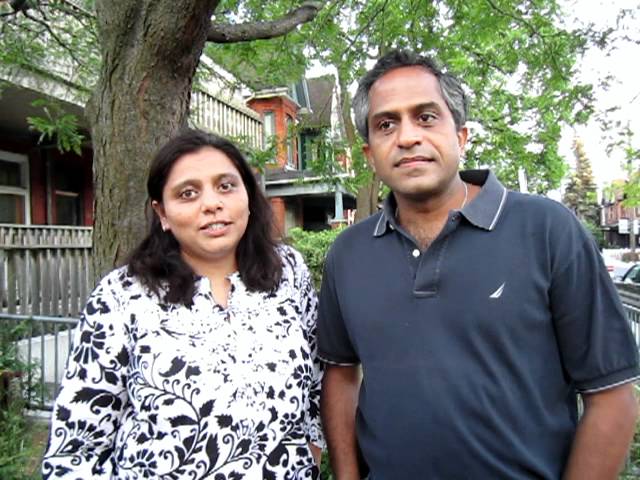 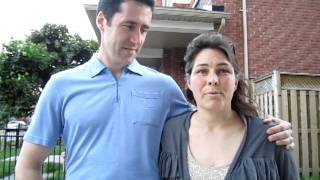 Jen and Chris Testimonial of The Julie Kinnear Team 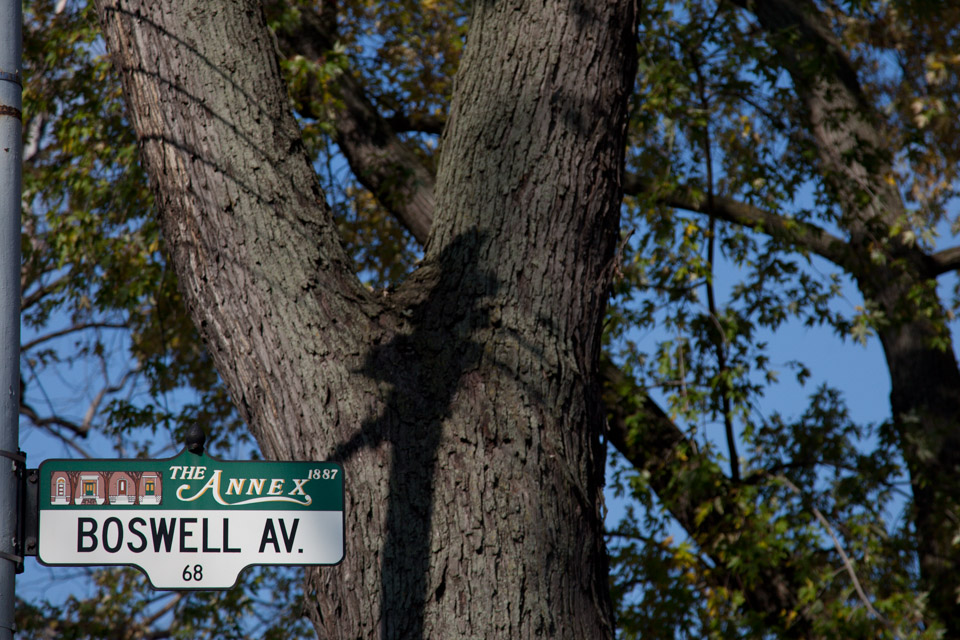 The ANNEX was subdivided in the 1870's and 1880's. It immediately became one of Toronto's elite neighbourhoods, whose first residents included the likes of Timothy Eaton and George Gooderham, president of the Gooderham and Worts Distillery. The Annex's Golden Era lasted until the 1920's, when the upper classes began to migrate northward to newer, more fashionable suburbs in Forest Hill and Lawrence Park. 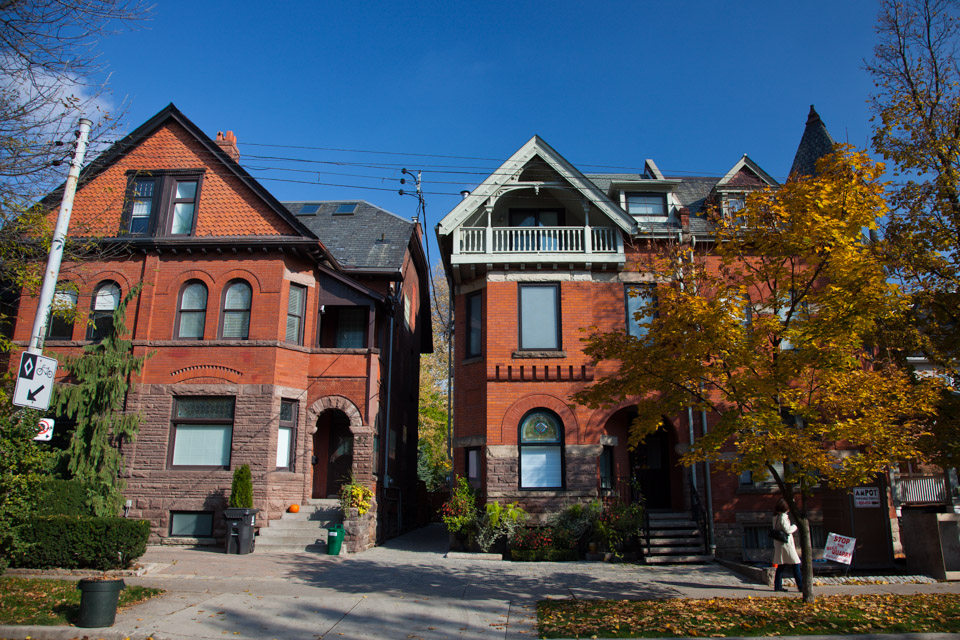 Those who stayed behind helped form the Annex Residents Association, a powerful lobby group that saved the Annex from the proposed Spadina Expressway which would have divided the neighbourhood in half, had it been built. The Annex has endured and is now over one hundred years old. It remains one of Toronto's premier neighbourhoods, drawing its energy from the University of Toronto and its strength from diversity. It has its own community newspaper, the Annex Guardian.  Its residents include prominent artists and writers such as Margaret Atwood, politicians, community leaders and successful business people, academics, media personalities, University of Toronto students and faculty, and people from all walks of life.  Local acclaimed public schools include: 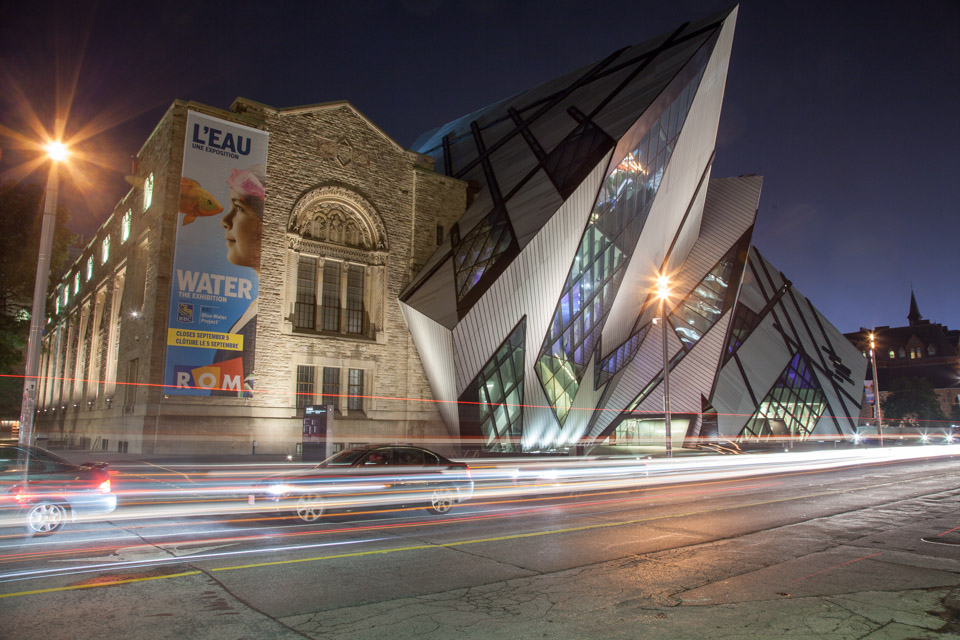 Many of the rooming houses and multi-unit homes in the Annex have been converted back to single family houses, reflecting the return to prominence of this historic Toronto neighbourhood. The Annex houses, built between 1880 and 1910 are fine examples of Victorian, Queen Anne and Richardsonian Romanesque architectural styles. Plum and pink colored Credit River sandstone, rich red brick, and terra cotta clay tiles, make up the exterior facades of many of these homes. The architectural detail is among the finest in the city, ranging from pyramidal roofs and turrets to recessed grand archways and wooden spindled porches. A second wave of less elaborate Annex homes built in the English Cottage, Georgian and Tudor styles, dates from 1910 to 1930. 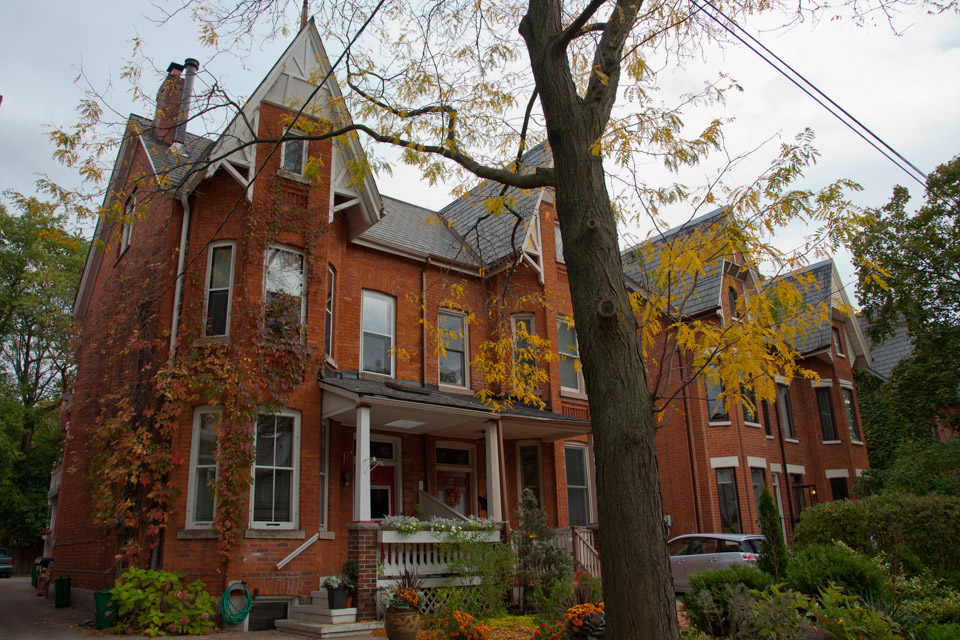 A House in The Annex

The Annex's main shopping district is on Bloor Street. This stretch of stores from Bathurst to Avenue Road includes a shopper's dream mix of clothing boutiques, major-league bookstores, food markets, home furnishings & decor, restaurants, and outdoor cafes. The health-conscious will love the great variety of stores and restaurants featuring organic and health foods and supplement (Juice for Life, Eternal Abundance). There is a plethora of acclaimed ethnic restaurants (The Indian Rice Factory, Bangkok Express, Aida's Falafel) and plenty of delightful shops and boutiques where everything from the latest fashions (Risque, Secrets from your Sister) to whimsical gifts (SWAK, Annex Books, The Outer Layer) are on display. 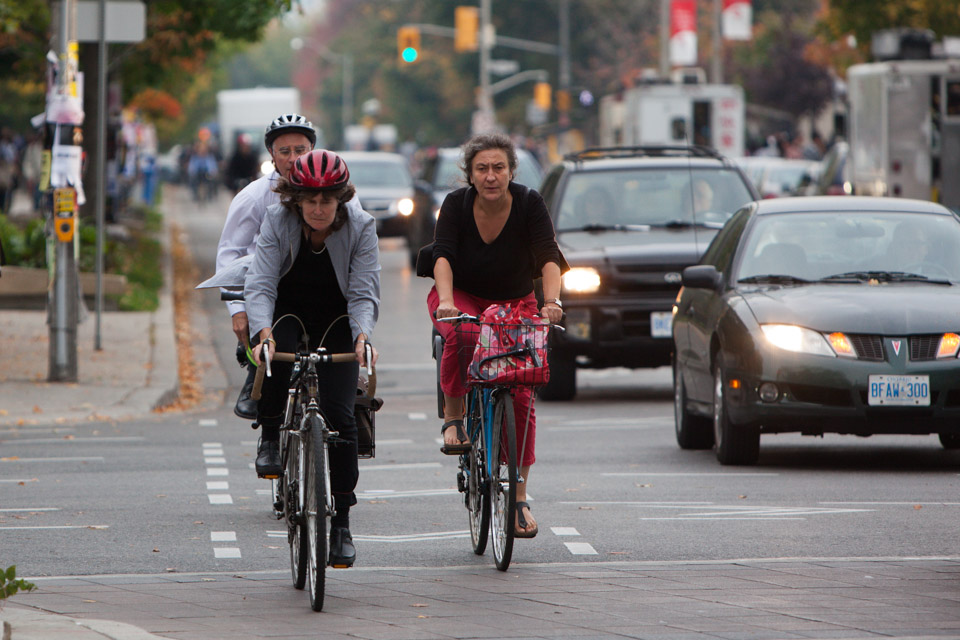 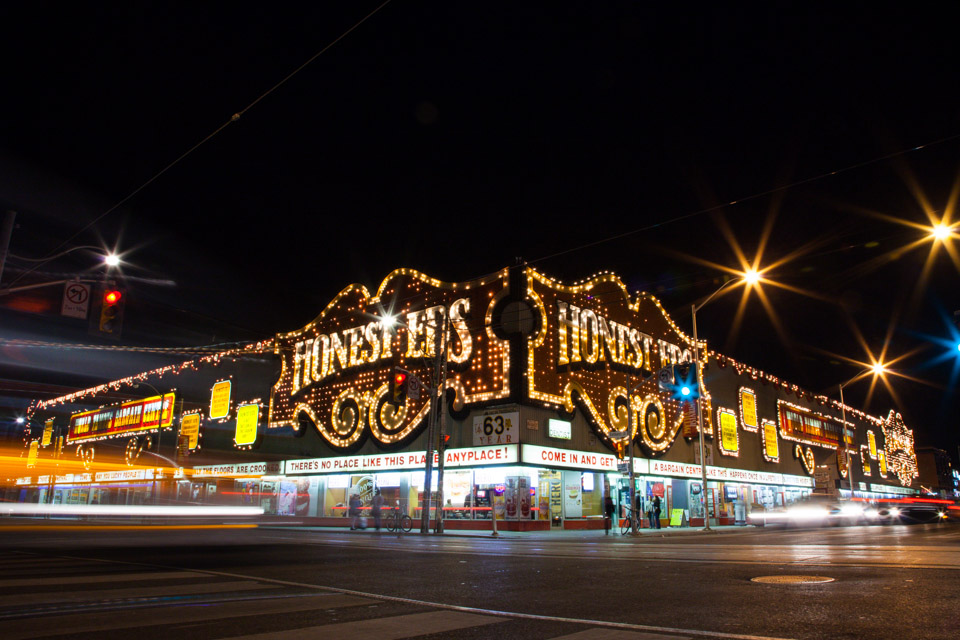 To the north, Dupont St. offers large chain stores such as the LCBO and a huge Shopper's Drug Mart, as well as professional services such as the landmark Creeds, which now offers such diverse things as cooking classes and home furnishings. The Mirvish Village shopping district on Markham Street, south of Bloor Street, is a quaint collection of great restaurants such as True Grit and Bordello, bookstores, art galleries, antique stores, and one-of-a-kind specialty stores. The Annex really comes alive at night when people from all over the city converge upon its restaurants, bars and nightclubs. 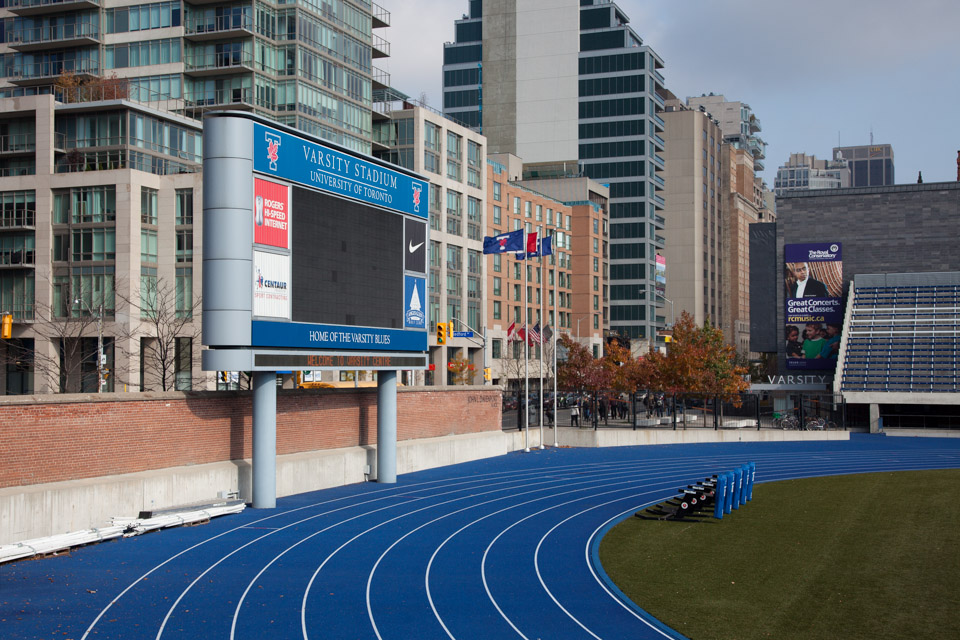 Fitness enthusiasts can get in shape at either the University of Toronto's Athletic Centre, or the Miles J. Nadal Jewish Community Centre at Bloor and Spadina. The Native Canadian Centre of Toronto located in the Annex at 16 Spadina Road, offers a variety of programs and services for Toronto's Native community as well as the general public. Other nearby community centres include:

The Spadina Road Public Library at 10 Spadina Road, offers a wide variety of programming for neighbourhood residents, and the huge Toronto Reference Library is a short distance away at Yonge & Bloor (789 Yonge St). The Palmerston Library at 560 Palmerston Avenue, the Yorkville Library at 22 Yorkville and the College/Shaw branch at 766 College Street also serve the area. Casa Loma and Spadina House are nearby, offering acres of cultivated land, historical tours and demonstrations, and lavish architecture to be explored. 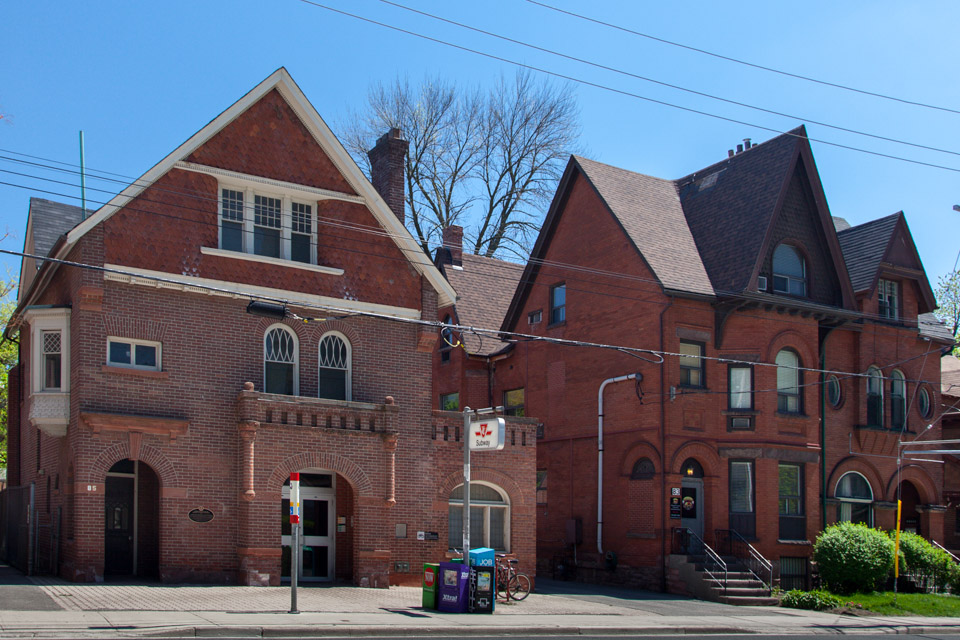 The Annex is well served by public transit. There are subway stations both at Spadina and at Bathurst on the Bloor-Danforth line, and at Dupont Street (at Spadina), on the Yonge-University-Spadina line. Motorists are within minutes of Toronto's business and entertainment districts and are approximately twenty five minutes from the commuter highways.