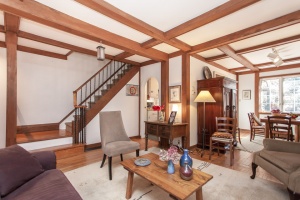 Beauty of The Beach!

This 3 bedroom detached urban retreat is located in the highly sought after "Fallingbrook" district known for its lush ravine topography and splendid manor houses just minutes to the Lake and picturesque grounds of the Toronto Hunt Club.

Courcelette is one of the most coveted streets in the neighbourhood due to its proximity to the renown Courcelette Jr. P.S just a quick 3 minute walk away. 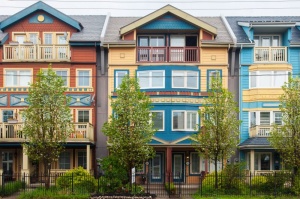 Prepare to fall in love from the moment you enter this renovated truly “one of a kind” home complete with 3 bedrooms, plus home office/den, family room, 3 baths and 2 car garage. Granite counters, stainless appliances, California shutters throughout, hardwood on 3 levels, California Closets in Master, plus Gas bbq hookup. Views of Lake Ontario! 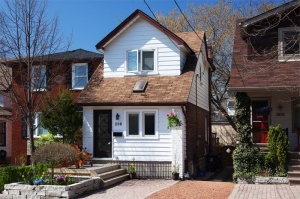 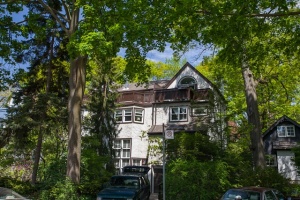 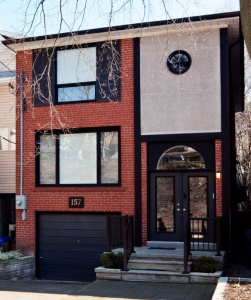 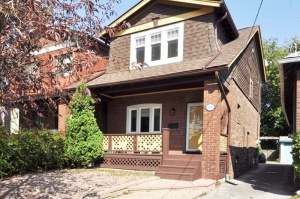 Upper Beach Detached Beauty! Unusually large and spacious – ideal for a growing family to put down roots!
Fantastic opportunity to own this detached move-in ready sunfilled 2 storey in a quiet friendly neighbourhood. 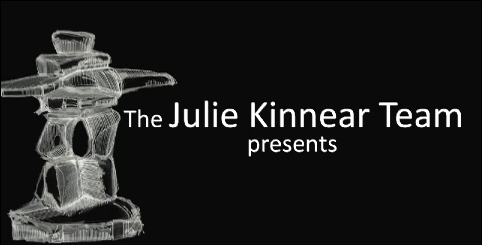 The correct name of this neighbourhood is debated for a long time. The Beach is more historically accurate, better known to the long-tiem residents, but The Beaches is just more used nowadays and is recognized more by the non-residents. The Beaches is also the term used by the municipal government, although when the officials installed street signs in 1985 with the name 'The Beaches' on them, it caused a quarrel that led to their removal. The same thing happened when Beaches Business Improvement Area placed signs with the name 'The Beach' in 2006. 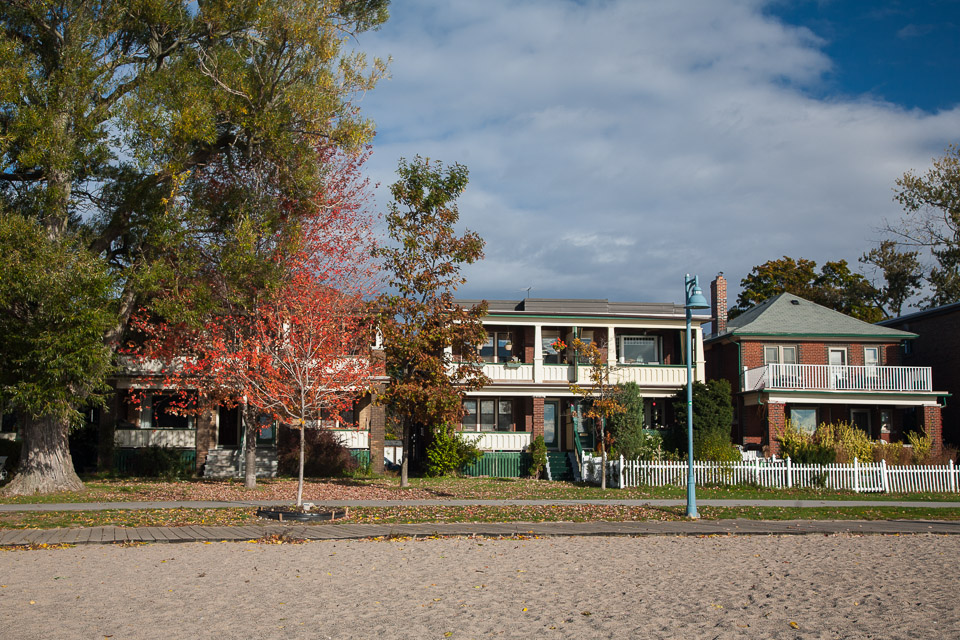 The Toronto Beaches were first settled by the Ashbridge family who came to Canada from Philadelphia, in 1793. Ashbridge's Bay Park is named after these pioneers. The Ashbridges and a handful of other families farmed this district until the latter part of the 1800's, when many of The Beach properties were subdivided and large parcels of land were set aside for local parks.

Woodbine, Kew Gardens, Scarboro, Balmy Beach and Victoria Park collectively became Toronto's playgrounds by the lake, attracting many summer cottagers to the area. Over the years The Beach has emerged as one of Toronto's most popular neighbourhoods. On most weekends, the sidewalks are so packed with strollers and dog-walkers that it can be hard to navigate through this beautiful, tightly knit community!  The Toronto Hunt Club can be added to the network of waterfront and other parks including Woodbine Beach and Ashbridges Bay Park. 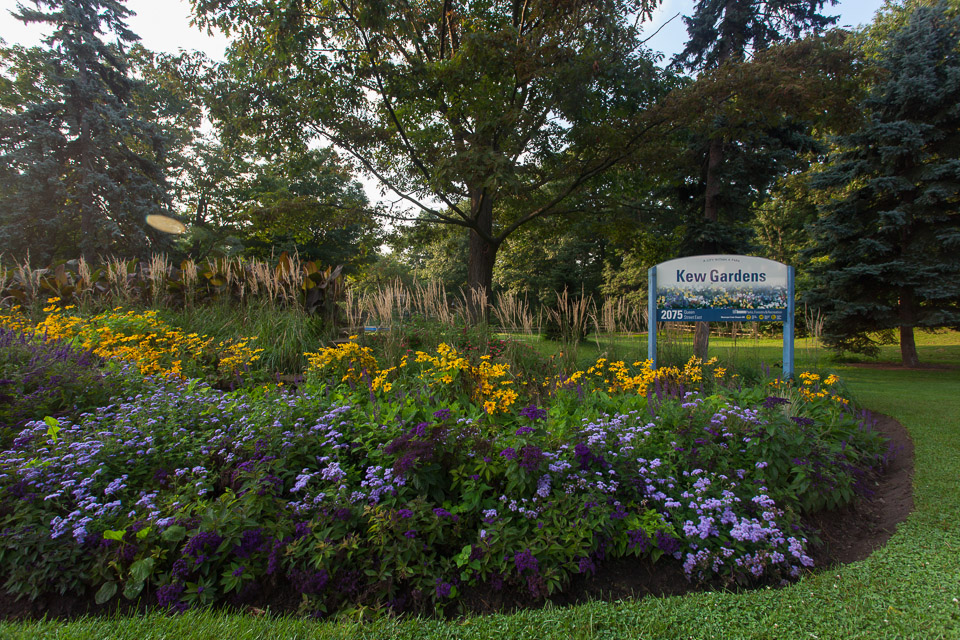 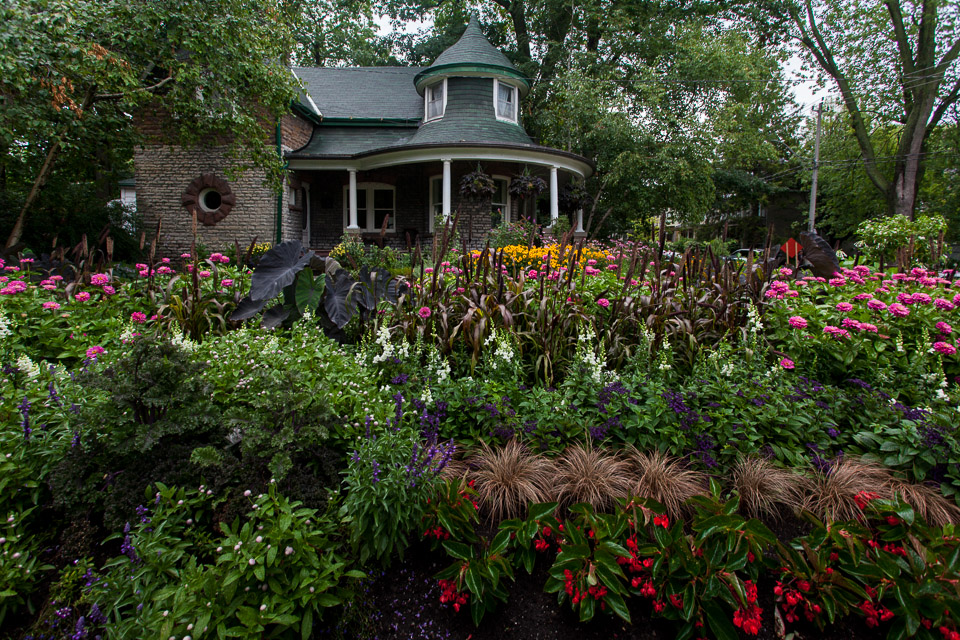 The Beach has the greatest variety of architectural house styles of any Toronto neighbourhood. The charm of these homes, mostly built during the 20's and 30's, is accentuated by the tree-lined streets that wind their way down to the lake. Many of the original frame Beach cottages built in the latter half of the 1800's and the early 1900's have been modernized and are still standing today, often with elaborate floral displays in the summer created by the house-proud residents. The former Greenwood racetrack site located at the foot of Woodbine Avenue is now the site of a large new home development known as The Beach. This large collection of heritage inspired custom built homes includes detached and semi-detached houses, townhomes, and a handful of low-rise condominium apartment buildings. 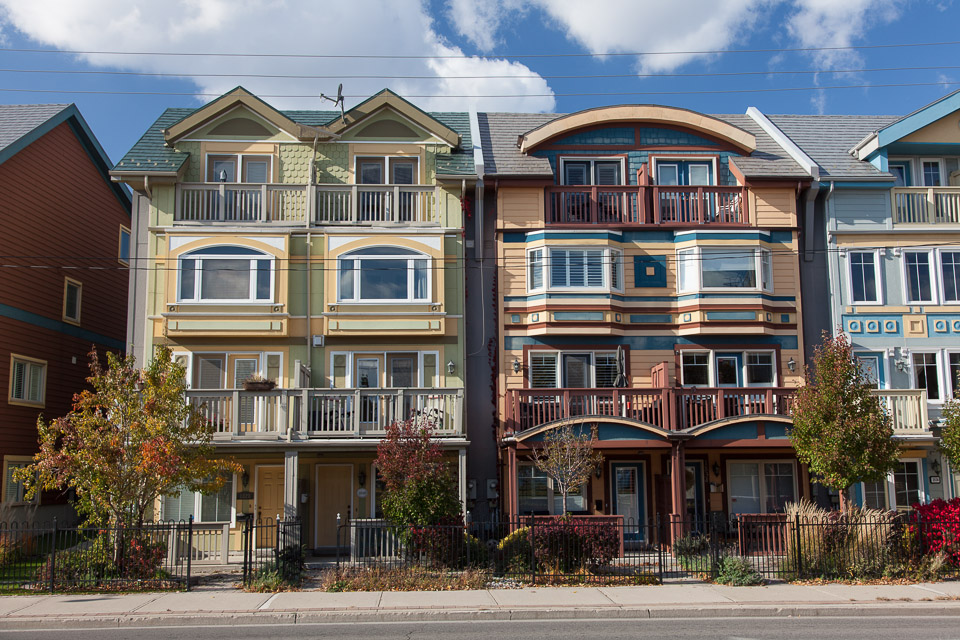 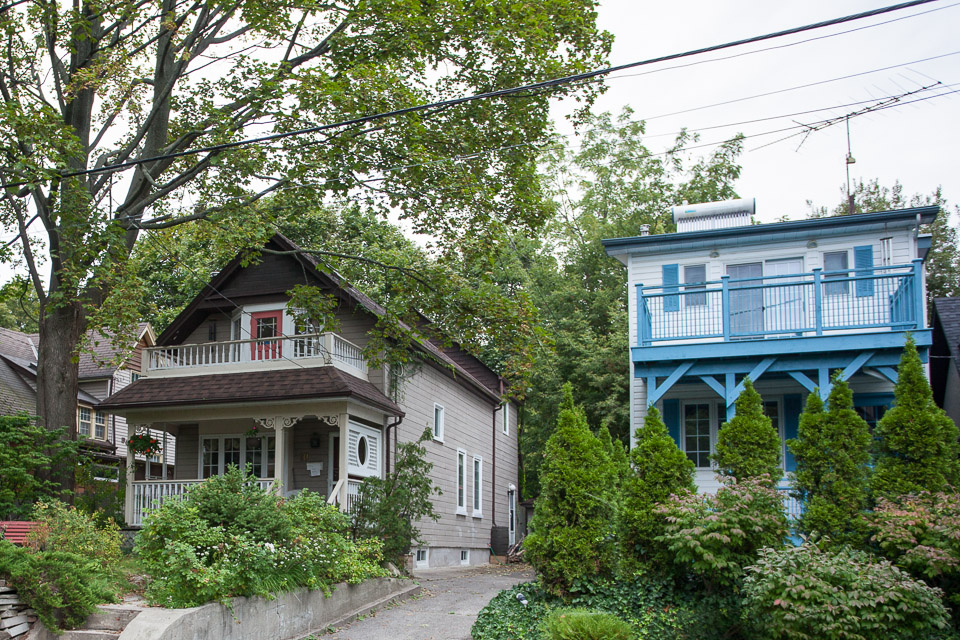 The Beach looks and feels more like a lakeside resort town than a big city neighbourhood. Its social centre is Kew Gardens, which hosts many annual events including one of the largest Jazz Festivals in North America and a Christmas Tree and Menorah lighting festival. 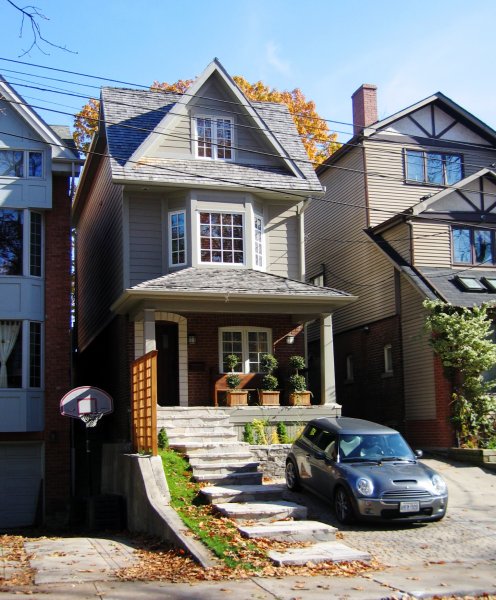 Queen Street is the major shopping district, with many of the stores and restaurants having a beach motif. Check out Lenz and Trenz, Envy Eyewear, Posh and Set Me Free on Queen St. E. for the latest fashions. 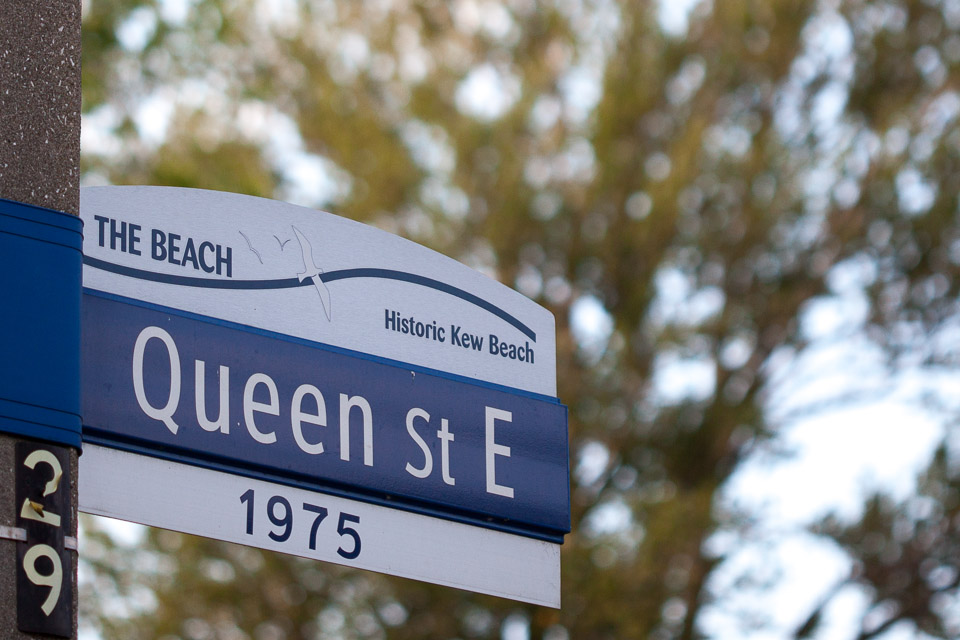 The restaurants and dining on the Queen St. East stretch is plentiful! Have brunch, a beer or dinner in any of these places! Vivetha Bistro, The Green Eggplant, Amuse Bistro, just to name a few! Many cafes including The Remarkable Bean, Savoury Grounds, and of course Starbucks. 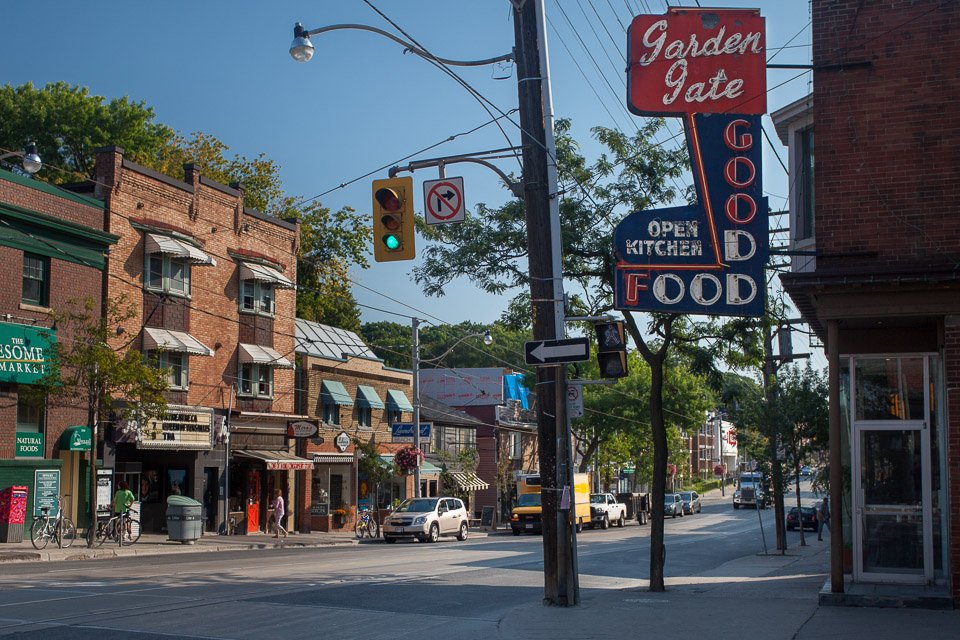 Have brunch, a beer or dinner in any of these places! 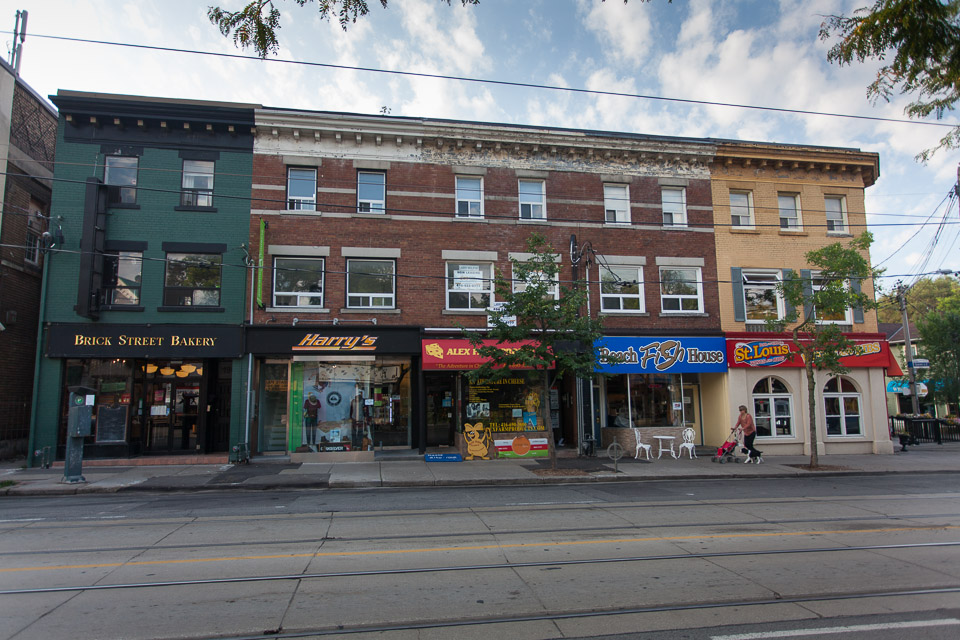 Pubs and cafés in The Beaches

There are MUSTS in the Beach. Ed's Real Scoop for homemade ice cream and gelato. Lion on the Beach for a pint on the patio! Lick's Burgers, go get your order sung to you.

The neighbourhood boasts a great deal of colour: Colourful signs, store fronts, homes and people. And they are not just on Queen Street East, there is also plenty to do up on Kingston Road. The Grover Pub & Grub (formerly the Grover Exchange) is a good place to bring the gang and watch the game! 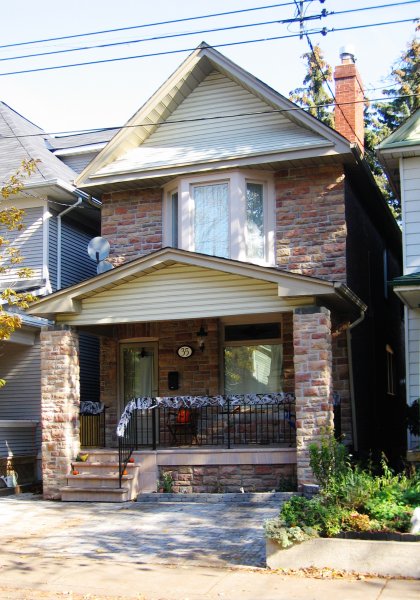 The 'India Bazaar' which runs along Gerrard from Greenwood to Coxwell, sells exotic fabrics, foods, and imported goods from India. The shops on Kingston Road also attract local clientele. 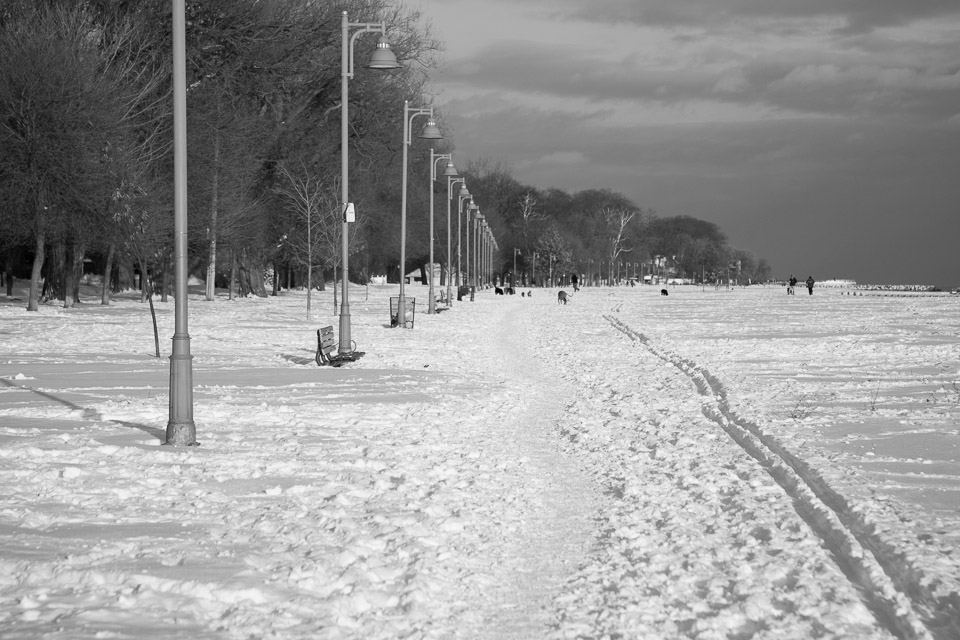 The Beaches in Winter 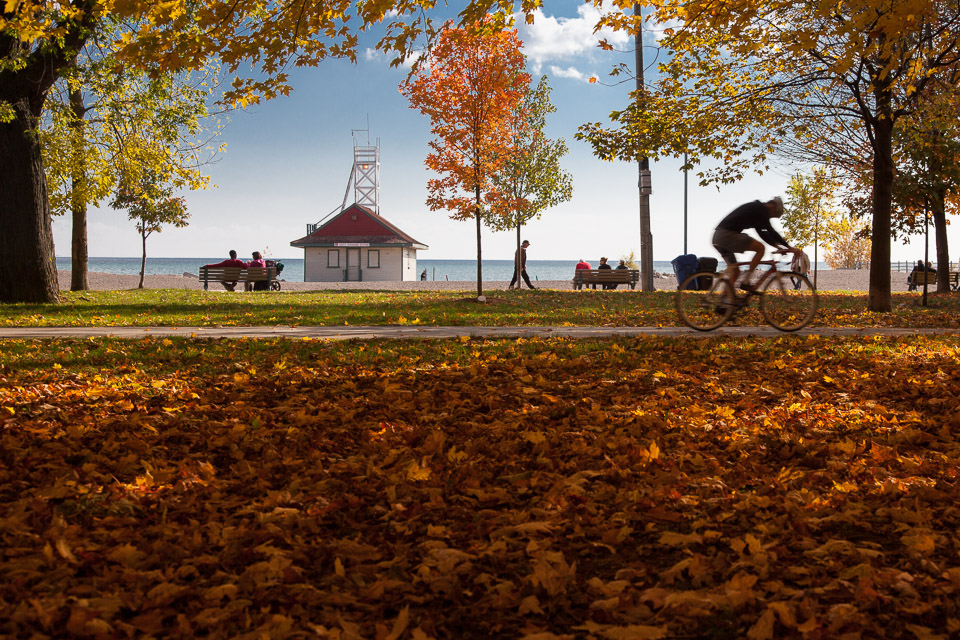 Walk Along the Beach on the Boardwalk

You can walk along the beach on the Boardwalk, relax by the water, or exercise along the Martin Goodman Trail which spans the waterfront all the way to the Humber River. The Boardwalk is 3 km long, a beautiful park in itself, with picnic tables, biking and roller-blade trails & a sandy beach. Joggers can be seen as early as 6AM and as late as midnight. For a less-crowded visit to the boardwalk, come down during the week for a pleasant stroll to fine restaurants, ice-cream shops, bars and excellent shopping. 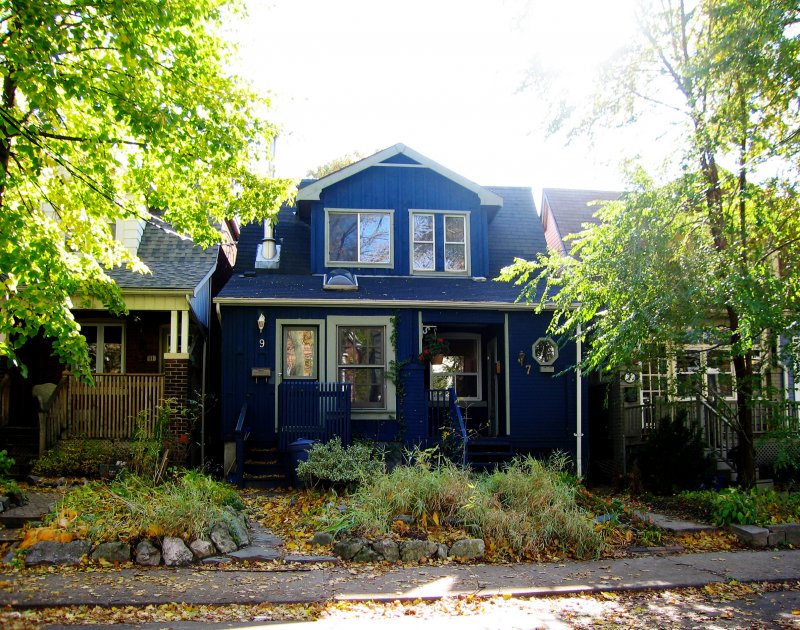 Sports buffs will enjoy volleyball at Ashbridge's Bay, a park, natural habitat, sports venue (softball) and one of Toronto's best places to be in the warmer seasons. Even as far back as the 1700s, the surrounding marshes in the bay and lower Don Valley surrounding this farm were very important habitat for waterfowl, including loons, wild geese, and wild swans. The City of Toronto has placed thousands of huge boulders along the shoreline to protect it from erosion. All along the shoreline, you are treated to spectacular views, and you are very likely to spot ducks, loons or even swans undisturbed by the Marina, home to the Ashbridges Bay Yacht Club.

Community and recreation centres serving the area include the East City YMCA.

The Beach is home to several fairs and concerts throughout the year, including MainStage at Kew Gardens, StreetFest along Queen St. E., and Ovation of Jazz at the Balmy Beach Club – all in July. At the official gateway to Kew Gardens is the Kew Beach War Memorial honouring those who served during both World Wars. The gazebo in the centre of the park is often used as a stage for the many open festivals and concerts held throughout the summer season. There are many arts and craft fairs held here as well. The gardens are still beautifully kept as are the enormous trees shading many parts of the park. On the south end of the park you will find a baseball diamond and a large number of picnic tables, enough to accommodate several baseball teams for their after-game picnic. 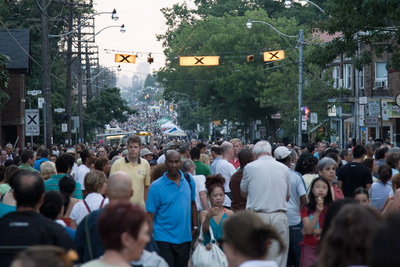 The Gerrard/Ashdale public library has a variety of programs for adults and children. An Olympic pool at the foot of Woodbine Avenue provides lessons and a physical challenge.  Local schools are excellent and include:

There are bus or streetcar routes along Queen Street, Kingston Road, Main Street, and Coxwell, all connecting to the subway stations or rapid transit lines. By car it's a short drive to the DVP, the Gardiner and Lake Shore Blvd. 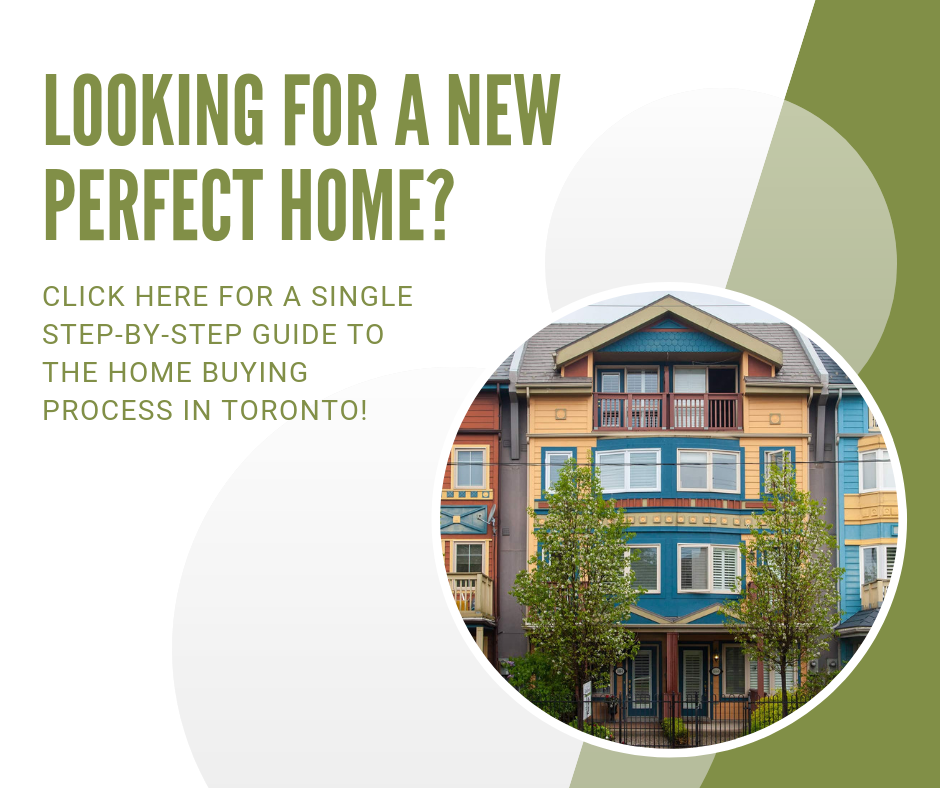