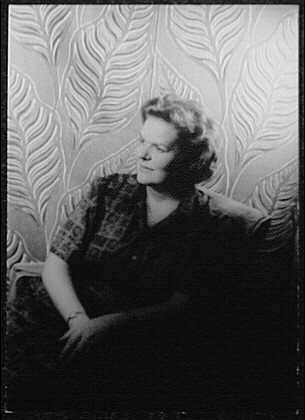 Maureen Forrester was born in Montreal, Quebec, on the 25th of July, 1930. As a child, her first major musical involvement was with church choirs and vocal lessons, which she started at the age of sixteen and which would continue (albeit in a less formal basis near the end) for the next fourteen years.

Forrester's first professional performance came on December 8th, 1951, singing Edward Elgar's The Music Makers with the Montreal Elgar Choir. The next few years saw a fast and steady rise in the young contralto's popularity and prestige, until by 1957, she had sung with both Toronto and Montreal symphony orchestras (and would later perform as a soloist in both), toured Canada and Europe, performed in New York, and been conducted on CBC television by none other than Glenn Gould. 1957 also saw Forrester marry the violinist Eugene Kash, with whom she would have five children before their separation seventeen years later. In 1963, Forrester moved to Toronto and began giving vocal classes at the Royal Conservatory of Music in 1965 (she would later teach part-time at the University of Toronto).

By the time of her death on June 6th, 2010, Forrester had accumulated close to thirty honorary doctorates, spent a term as chair of the Canada Council, been named a Companion of the Order of Canada, sung with almost every significant choir and orchestra throughout the world, and worked with such internationally recognized conductors as Seiji Ozawa, Leonard Bernstein, and Herbert von Karajan.