“It’s the most wonderful time of the year!” That is the sentiment I always have for when Pride Day/Week/Month comes around. In fact my favourite highlight has always been the Dyke March. (Which takes place on the Saturday, the day before the big annual Pride Parade). Pre-pandemic, the Pride Parade thankfully is so popular our downtown gets over run with the gay community and all the supporters and families and tourists etc. The Dyke March is the women’s slightly less extravagant and less busy day to shine. It is very empowering and meaningful for me personally, and what I have often marched in as well.

I love the courage that all participants throughout the festivities show. It is putting our LGBTQ2S+ community out there, proudly, and with confidence and equality. I love the families that bring their kids. The drag queens who are such pro’s and so entertaining and committed. The politicians fighting for the rights of their constituents. And the police that support the community.

My first pride was a nerve-wracking experience leading up to it. It was 1993. My partner at the time and I were real newbies and still coming out to the world. We were certainly extremely naive, although very proud within our friends etc. just inexperienced with actual Pride. I will be forever grateful to our close friend who was actually from a much smaller town, who wanted to go for the first time as well, and she encouraged us, and we all said “we can do this!” We dressed up in our rainbow fun, headed out on the TTC, and arrived at Wellesley and Church. And all of a sudden we were home. The feeling was overwhelming. We didn’t have to be shy any more. There were so many people “like us”.

I admit fully that I was shocked at some of the outfits, the garb, the in your face attitude and people from all walks of life. It was an eye opening experience. Clearly I was very sheltered. What I realized truly & deeply was that I couldn’t judge others for them being different than my version of queer, if I wanted to be welcomed and loved for who I was. It was one of the most profound and meaningful wake up calls of my life.

The thing is, remember, this is 1993, 12 years after the first Pride demonstration and decades after people who had been fighting for this outward expression. This equality. This right for peaceful demonstration. So that I could walk freely among people who were more like me. Who made me feel that I belonged & not different or an outcast or a topic of gossip. The blood, sweat, heartache and tears that came before us with events like Stonewall, the bathhouse riots, the Aids crisis, the conversion therapy, Harvey Milk, the closets of hell, the workplace biases, the bullying, the banishment from society for being being themselves or loving who they chose to love. There was no legal gay marriage. Even our families were still on the fence and not in the know, but we were still able to live our lives in helluva lot less fear. I always believed that if I was authentic with the clients/ friends etc that met me, then they would in turn learn, trust and realize that there is no real difference or need to fear it.

As I reflect on the 40th anniversary, I am eternally grateful for the activists who fought for MY freedom. It is even more rewarding to see the progression through my adult life of how there is more integration into communities, families, legal rights, places of worship, schools & work. Slowly but surely more of the LGBTQ2S+ are able to come out sooner and live their own lives. It is NOT over though. Unfortunately there are still so many marginalized people, so many heart breaking stories. Just this week, even here in a pretty amazing inclusive city, there are hate crimes, beatings, pride flags being burned, serial killers targeting the community, and honest to goodness prejudice. All of this to say that our work is not done and Pride Month is just as important as ever.

It all started when four bathhouses in downtown Toronto were violently surprised by raids "Operation Soap" in February 1981. The result was arrest of 286 men that were later charged for being found in a brothel and 20 more were charged for operating it. Until that time it was the largest single arrest in Toronto’s history. Later in the same year Lesbian and Gay Pride Day Toronto was legally organized and celebrated on June 28th at Granger Park with 1,500 participants.

For another year, the pandemic moved the celebrations to online space. Yet, this didn't stop Pride Toronto to commemorate its 40th anniversary in style.The full month's program includes 70 individual events showcasing more than 130 2SLGBTQ+ artists, 14 party collectives, and seven community committee programs. So far, it's been a blast. The events vary so we can all learn, have fun and support all members of our community.

The big finale is coming up this Sunday, June 27th, at 2:00 pm with the Pride Parade. The digital parade will be a one-hour production honouring the history of Pride Toronto, highlighting key Toronto talent and foster community. You can watch it on Youtube or on their website.

"Pride Toronto is a not-for-profit organization with a mission to support our communities in the pursuit of our unequivocal rights to be known, be heard, be understood, be accepted, be respected, and to celebrate the beauty of who we are. Uniting and empowering people with diverse sexual orientations, gender identities, and gender expressions..." 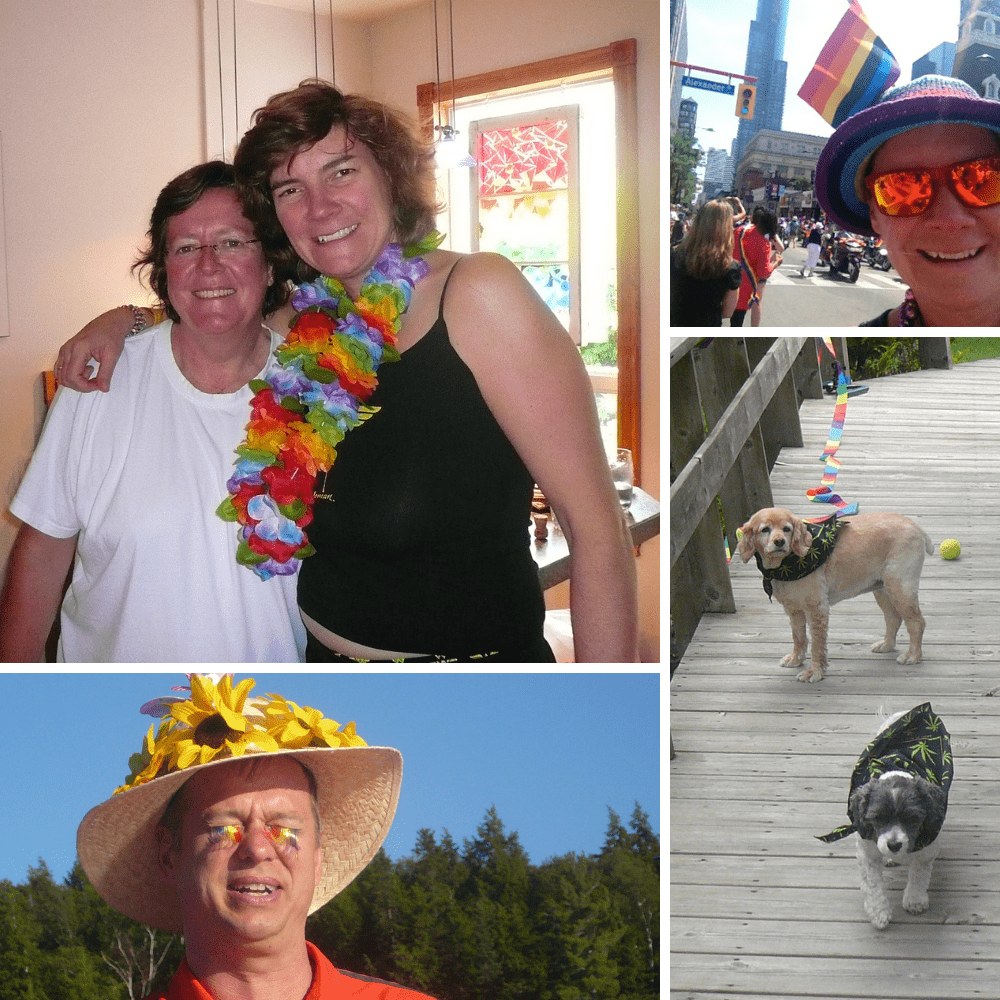 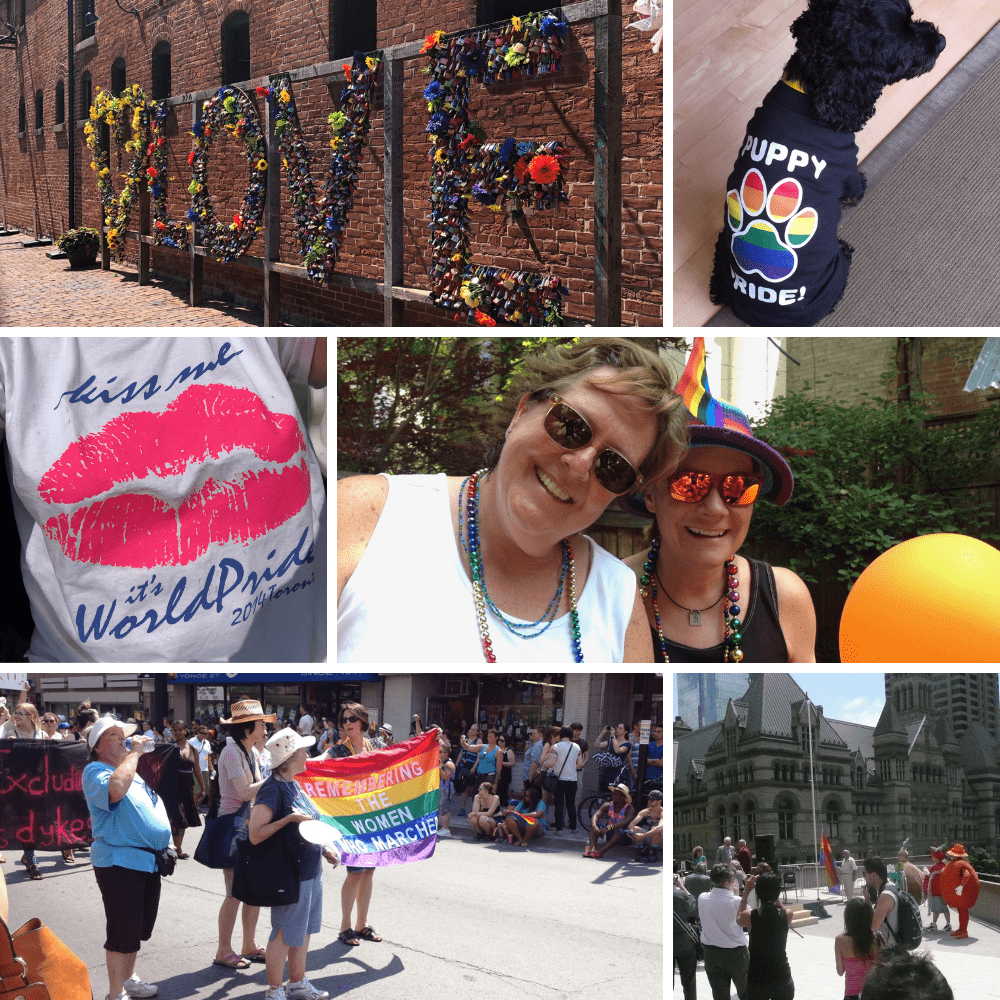 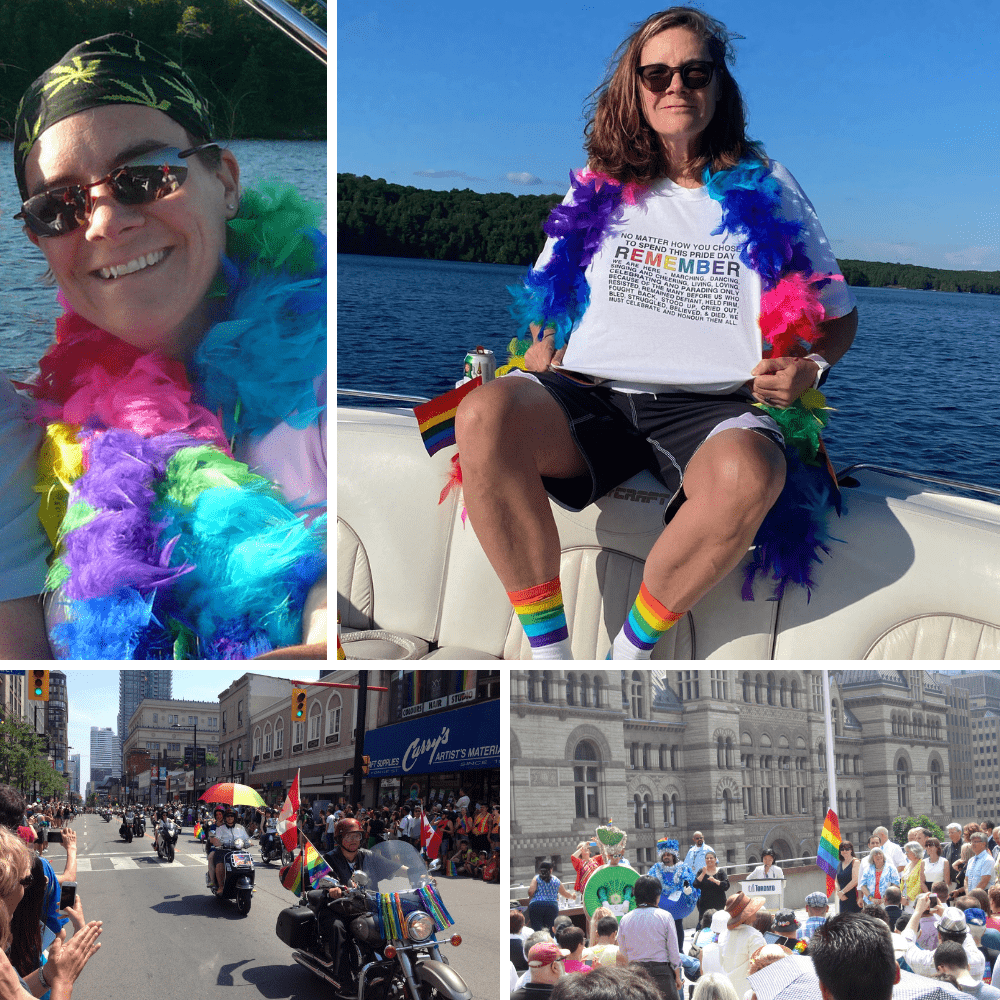 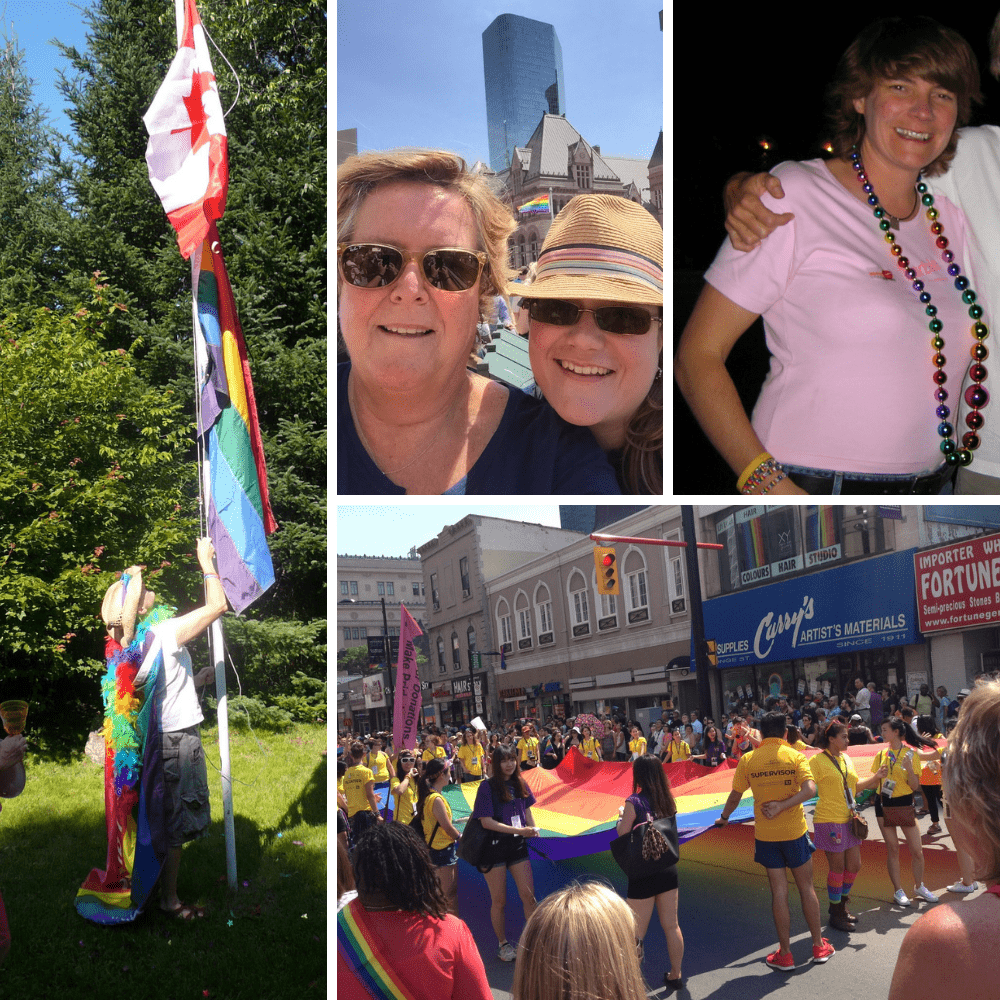 Travel back in time with our Pride Parade photo essays from the past few years:

As a Certified LGBT Friendly Business, The Julie Kinnear Team has helped many LGBTQ2S+ (lesbian, gay, bisexual, transgender, queer, 2 spirited +) families found their dream home in Toronto. If you find yourself in a situation where you need a Real Estate agent, give us a call, we are here to guide you home.